A charismatic and dexterous fox-like people, the Rusco were rescued by the deity Natsuko from "the Below" following an uprising against Elturel in the second century of the Era of the Bonded One (EoBO). Now, the Rusco are looked upon with mistrust and confusion as their race may be free but still holds the taint of the shadow plane.
Unconcerned with worldly matters, Rusco focus on the things which bring excitement to their own lives. Having truly no place to call home, Rusco are very independent creatures. Much of this comes from the narrow glances and furrowed brows commonplace when other races interact with a Rusco.   Erenel is full of mistrust towards the fox-like creatures - perhaps with good reason. All Rusco come from the hellish plane, the Below, forced into the armies of Elturel⁣ until the Shadows Wars and the Rusco's escape. Their bloodline marks their reputation as a race of untrustworthy creatures, though over time many Rusco have made strides in mending the divide. Thankfully, Rusco can find solitude with both the followers of Natsuko and the Matron of Ravens⁣, two deities responsible for their freedom.

Rusco resemble bi-pedal fox with a slim build standing between 3ft and 4ft tall, and weighing around 40 to 50 pounds. Rusco have cunning eyes that range in color from blue, green, brown and yellow. Many believe a Rusco with red eyes is to be avoided as their infernal ancestry may be bubbling to the surface.   Rusco are red, brown or grey furred, often with undertones of a lighter color with an expressive plush tail. Some Rusco grow beards, and many adorn their ears with piercings and rings.

Despite the Rusco's reputation of being mischievous, they are excellent negotiators and merchants, perhaps due to their heritage, they are known to be able to talk their way out of even the most dangerous of situations. However, the lust for gold and riches is not the path many Rusco follow. Many instead choose to search for a greater purpose proving themselves worthy of freedom. Others spend every waking moment attacking anything related to their slaver, Elturel.   Regardless, all Rusco are curious by nature. A Rusco merchant may trade goods for a legendary story or information on a topic of interest. Heroes with aligned views will have a companion for life as long as interesting adventurers follow.

After Al'Madoon's sacrifice and Elturel's banishment into the Below, the Rusco also fell, following "He Who Would Not Bow" in hopes for continuing the luxurious lifestyle they had before the bonding. To their despair, a hatred flourished and Elturel enslaved his once joyous followers. Elturel's madness spilled out into the Below, changing many of those who fell with him. Over time, the bodies and minds of all Elturel's followers would distort and change, taking on demonic and devilish appearances. Lost in hysteria, Elturel shaped his minions in a new image for he could not bear to look upon anything Al'Madoon created. The Rusco, Elves and other races who chose to fall with Elturel fled in hopes of escaping.   Seeing the horrors being wrought, the deities Natsuko and Matron of Ravens went to war, fighting to save those trying to escape the demonic transformations. The Rusco, seeing a way to escape, allied with Natusko and Matron of Ravens eventually escaping into Erenel and finding a new world to explore. The war would be named the Shadow Wars and still rages in the Below to this day. 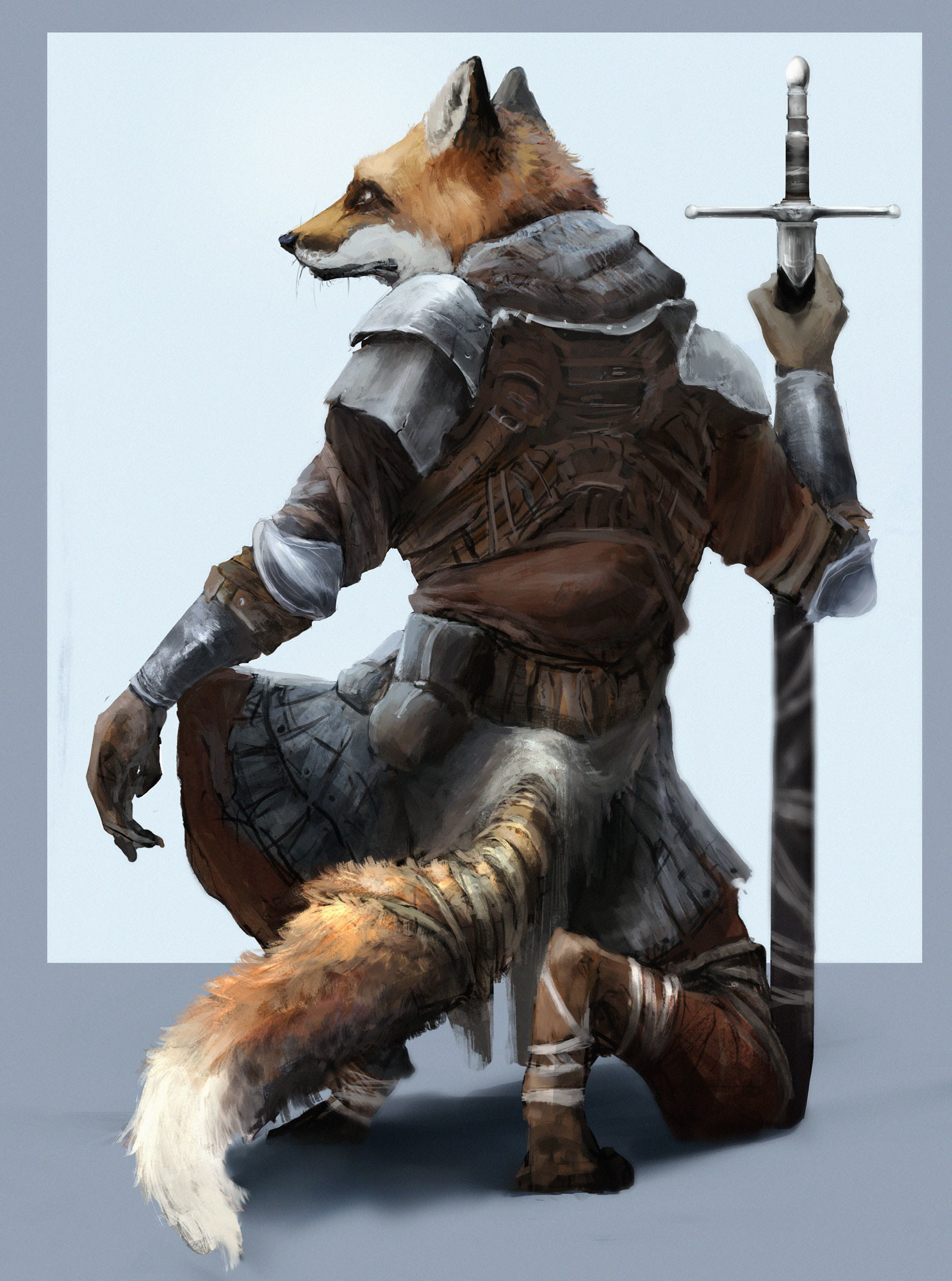 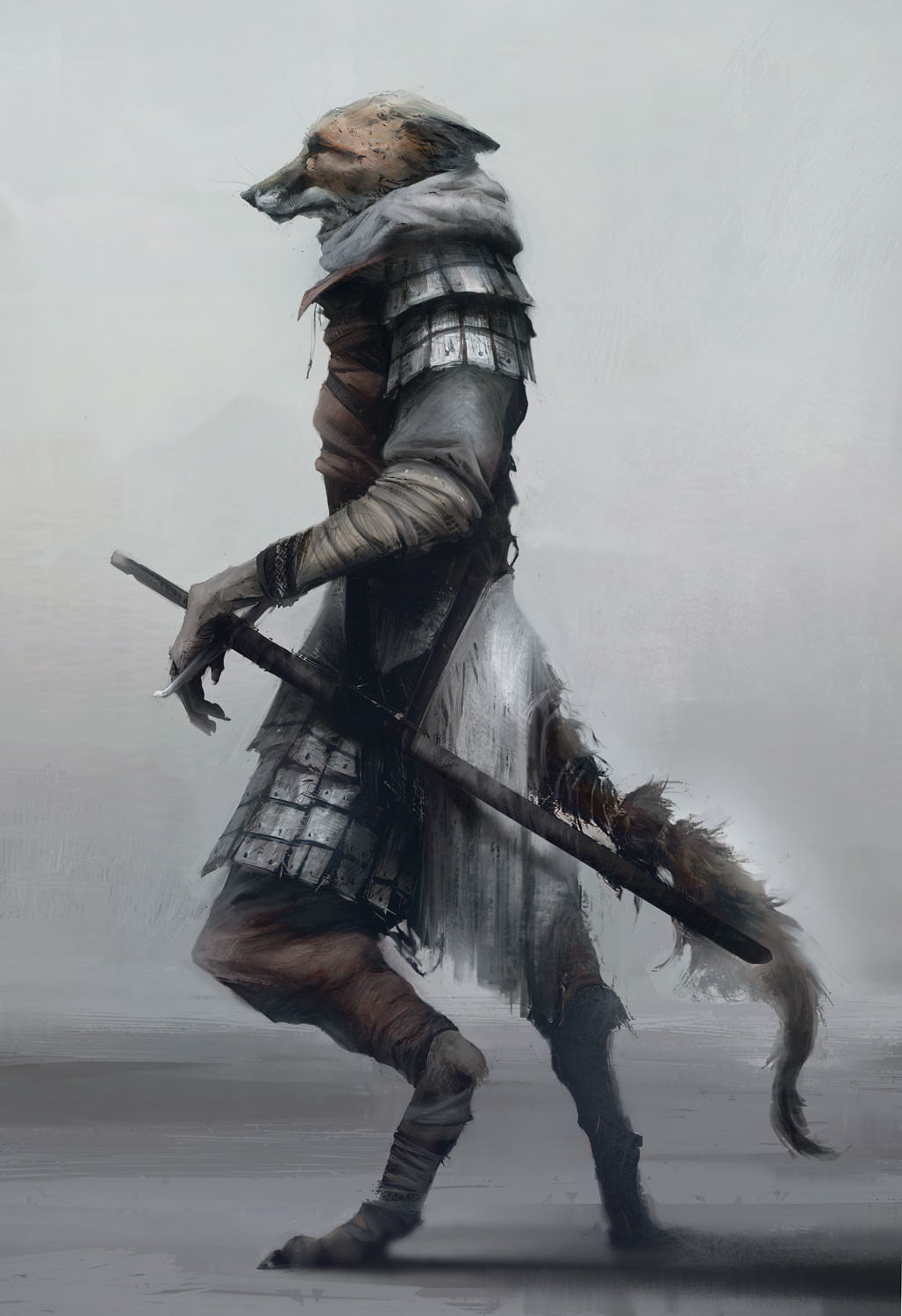 Your Rusco character has a variety of natural abilities common with your ancestry.
Available only for Gamingbrew Patrons. If you are a Patron the race will appear below. Support Erenel⁣
Races