“When asked about Ianna, most people will mention ravens, a hatred of the undead, or something to do with fate and death. While these are all true, our Mother is so much more than that. She is The Desolation.”
— Fatebearer Voxilion


Ianna, Matron of Ravens, is a Primal Deity and the goddess of Death, Fate, Solitude, and Winter. She is commonly known as the Goddess of Death and for her hatred of undead. Ianna willingly resides in the Below, preventing undeath from making their way back to the living. Her patrons look to her as a guide and means to avoid the curse of undeath from falling upon them, and their communities.


Ianna is currently locked in a never-ending war known to many as the Shadow Wars. Situated between the Matron of Ravens and Elturel domains in The Below; both deities fight for control of the Broken Reach and eventually the Plane of Shadows.


The Matron of Ravens is worshipped by all people to an extent, including some who know nothing about her or the Below. The power of death touches all in the mortal plane, and unlike her mysterious sister Bedoma, the Deliverer, Ianna’s followers seek out regions to help in the responsibility of assisting souls in passing into the Ethereal Plane. While many look to death with suspicion, most are grateful for the assistance of her Flock.

The most common ornate symbols used are ravens, black feathers, skulls, and bones. Her colors are often neutral - mostly blacks, whites, and grays, to symbolize the desolation and her interest in solitude.

Death comes to all mortals and is natural. Trying to avoid the inevitable end will cause more fear, and instead should be met with acceptance. Fate is similar to death. That which is destined cannot be changed, and trying to manipulate outcome will instead lead to your destiny’s fulfillment.

Much of life consists of intelligent creatures acting upon emotions. Passionate outbursts often cloud one's judgment and lead to poor results. If we empty ourselves of passion, emotion will not interfere with one’s aspiration.

Creatures like vampires and liches are vile creatures that attempt to avoid passing through the Matron of Raven’s domain. This not only disrupts the inevitable but causes difficulty for the living. All undeath must be eradicated, so they return to the natural cycle of death and fate.

During the Story of Creation as Al’Madoon slept, an unripened fruit fell from Aymara’s branches, landing near the trunk of the great tree. The Primal Beings were unsure what to do with the fallen fruit. It was not yet ready to provide a child and began to rot. Worried about what may happen if left unattended, Ianna the Raven quickly descended upon the decomposing fruit, eating it in three large gulps.
While the other Primal Beings watched, Ianna began to transform, becoming more humanoid-like but retaining some form of her raven's feathers. The decomposing fruit opened her mind to new ideas. Death comes to all and is natural. Death comes to all and is inevitable; embrace it. Ianna stood on humanoid feet and bid farewell to the other Primal Beings. She had much to consider - wandering Erenel until the creation of the Below drew her interest.

Within the church of The Matron of Ravens, the clergy is considered of equal authority based on the common understanding of Ianna’s first commandment. Most regions will accept occupancy of followers of the Goddess of Death, but others tend to view her disciples with suspicion. As her influence has grown, this has naturally caused the rise of a handful of influential sects. Generally, members will refer to themselves only as a follower of the Goddess of Death, rather than using the specific name of their religion.

Ferriers: Followers that have the least experience are called Ferriers. A Ferrier’s general responsibilities include managing bodies, performing standard funerals, and occasionally providing counsel to those that have lost a loved one.

Flock Callers: Those that gain enough experience eventually become Flock Callers. Responsibilities include guiding the Ferriers in their advancement, leading funeral services for highly influential people, and being the primary teachers for a temple.

Fate Bearers: Only the most dedicated and experienced ever earn the title of Fate Bearer. Very rarely, a Fate Bearer will lead the rites and funeral process for a person that provided an excellent service to The Matron of Ravens. They also are the spiritual center for all temples in a broader region.

The Desolate have no central church, instead acting similar to small adventuring parties. Desolate members see themselves as the first line of defense against the undead and tend to be secretive, acting as individuals or pairs unless a significant scourge threatens. 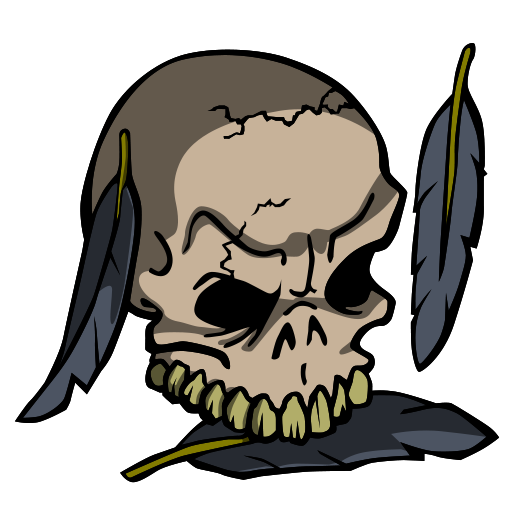 Divine Classification
Deity
Current Location
The Below
Realm
The Below
Honorary & Occupational Titles
Matron of Ravens, Goddess of Death, the Desolation
Children

Night of the Lost

Often celebrated in the peak of summer, this festival is the most jovial of her celebrations. The Night of the Lost provides an evening for the living to come together and remember the loved ones they have lost. Local temples will host vigils and offer space for anyone that wishes to use it. Since this festival is intentionally public, it often involves food, drink, and storytelling.

The winter solstice is mostly associated with The Matron of Ravens due to it falling near the end of the year. On this day, the faithful celebrate the coming death of the year, and that it will fall into the past as time is destined to move ever onward. Festival events here tend to vary based on the broader cultural influences, but clergy will generally host a sermon at dusk on this day. In some regions, this is accompanied by the creation of a large bonfire whose ashes symbolize the year’s coming end.
Primal Deities

This work is licensed under a Creative Commons Attribution-NonCommercial-NoDerivatives 4.0 International License.
The Erenel Fictional Universe is presented under the OGL rules for 5th edition. All artists have been duly credited.If you would like to have your art removed, please contact me immediately.
System Reference Document 5.1 Copyright 2016, Wizards of the Coast, Inc.; Authors Mike Mearls, Jeremy Crawford, Chris Perkins, Rodney Thompson, Peter Lee, James Wyatt, Robert J. Schwalb, Bruce R. Cordell, Chris Sims, and Steve Townshend, based on original material by E. Gary Gygax and Dave Arneson. A special thank you to the many talented people who create the world's greatest role playing game.
Cover image: by yen nguyen
Character Portrait image: by Gamingbrew