The Erenel site is undergoing major changes and lore updates. Please note only articles listed in the Gamingbrew Discord are finalized. All other articles should be considered outdated lore.
Once the most widespread and influential race in Erenel, Elves are a race full of beauty and grace, created by the Architect in the likeness of his children Asanna and Luniwyn. Now, they are a secluded people that face the backlash of their ancestors’ choices following the Great Sacrifice.

To be an Elf in the Era of Inner Flame (EoIF) is to live as an offshoot of a once greater people. Faced with the stigma of Vyse Tyranal’s betrayal, many Elven civilizations keep to themselves, where human expansion has not yet reached.   Made in the image of Al’Madoon and his daughters Asanna and Luniwyn, the Elves were once a people chosen by the Architect. As creatures of magic, they take naturally to tethering the bond and universally feel strong ties to both Erenel and the Trance.   Unlike the other races of Erenel, Elves don’t sleep. Instead, for a few hours each night, they enter a meditative state, during which they remain semiconscious as their mind “floats” in the Trance and connects with Al’Madoon in his subconscious state. True Elves who have not been twisted into devils by Vyse Tyranal also enter this meditative state.

Like the four seasons of Erenel, Elves also live their life in four phases – spring, summer, autumn and winter. An Elf only postpones their needed sleep with meditation and must enter an extended dormant state during which they undergo maturation. An Elf forms into a chrysalis in their dormant state as their body forms a hard exoskeleton covering. This process subjects them to the dangers of the world and its inhabitants. It is not uncommon for an Elf to die during their transitional period before wakening. After 1 year, the Elf emerges and begins their next phase until their death at the end of their winter phase.   The first phase of an Elves life is the spring state, full of childlike wonder and curiosity. This phase lasts from birth until the Elf turns 100. The second phase sees an Elf become an adult as they enter their summer state. While in their summer phase, an Elf is at their athletic peak but often suffers from temperament issues. A summer phase generally lasts until the Elf reaches 250 years of age.   Entering autumn, their third phase, an Elf begins to feel their body slow. Now wise with experience, an Elf in their autumn phase is believed to be the most intelligent of the four stages. Autumn lasts until the Elf turns 400. The final phase and end of an Elves life is the Winter phase. Here, age finally sets upon the Elf as they live out the remainder of their lives to around the 500-year mark.

Easily recognizable by their physical beauty and pointed ears, Elves are tall and lean, weighing 100 to 160 pounds and can stand over 6 feet. Males Elves are only marginally heavier and taller than females. They typically have light or no facial hair and little body hair to accompany their sharp features.   After transitioning from spring to summer, an Elf emerges with horns or antlers dependent on their ethnicity but often overlapping in style. Lunar Elves grow curling horns similar to a ram or antelope. Solar Elves often grow antlers in likeness to an elk or moose.   Because of their fallen bloodline, True Elf horns are more chaotic in shape and tall like a gazelle. True Elves who have left the horrors of the Below often file down their horns to show their disdain for Vyse Tyranal.

An Elf is considered a child until they enter their summer phase. During their first century on Erenel, they are given a one syllable child's name. After emerging from chrysalis into their summer phase, an Elves name is extended and more responsibilities awarded.
Children Name Examples: Ael, Cael, Cy, Gael, Nim, Sai
Adulthood Names: Aelwynn Caelador, Cyennal, Gaelindann, Nim'eral, Saiveliss
Lifespan
Elves reach adulthood around the age of 100 and can live to be 500 years old.
Average Height
5ft - 6ft
Average Weight
100 - 160 pounds 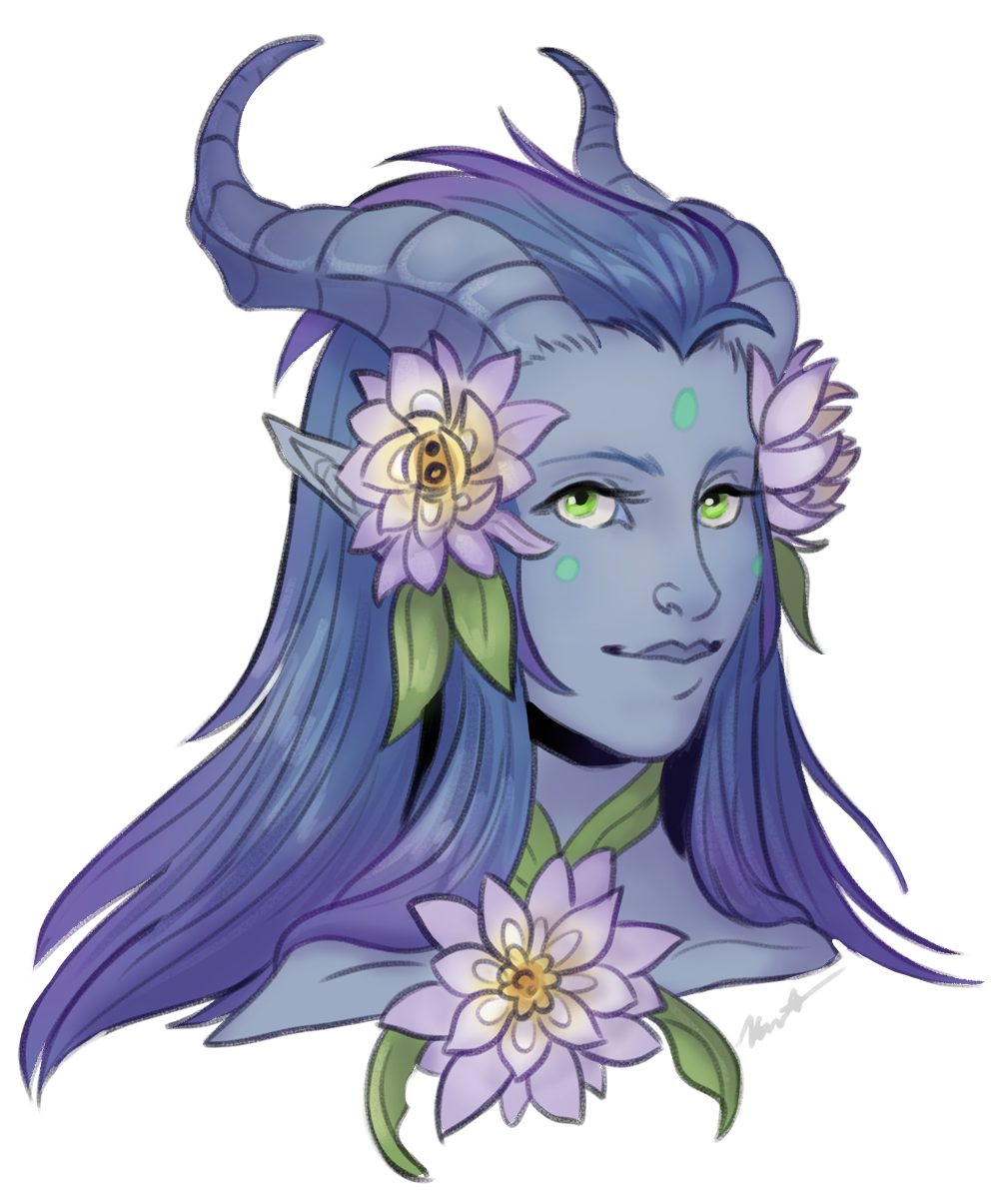 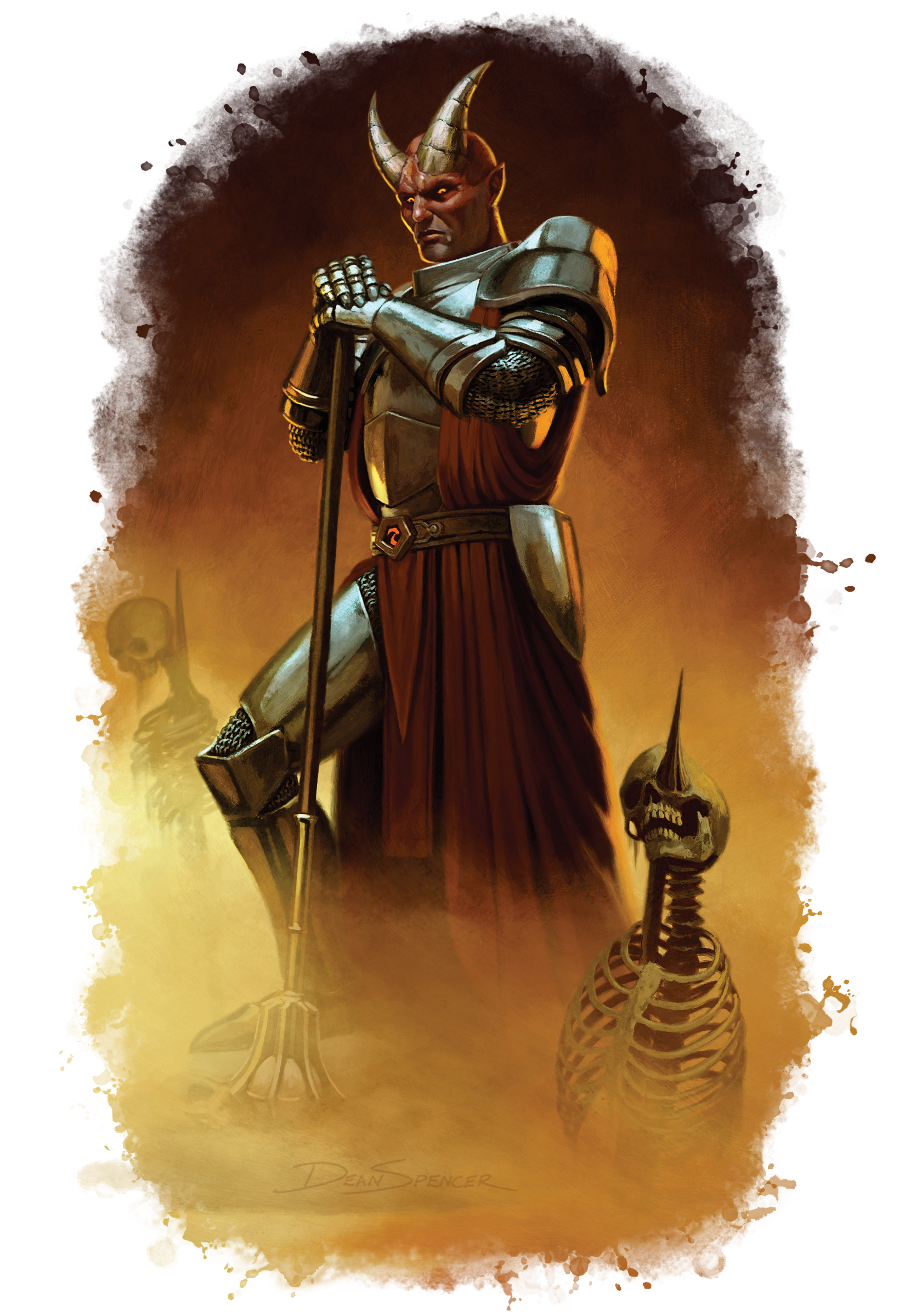 Your Elf character has a variety of natural abilities common with your ancestry. You will also pick one of the available sub races below. Elf 5E Racial Traits

Accustomed to twilight forests and the night sky, you have superior vision in dark and dim conditions. You can see in dim light within 60 feet of you as if it were bright light, and in darkness as if it were dim light. You can’t discern color in darkness, only shades of gray.

You can feel a warm aura whenever one or more magical objects are within 5 ft of you. You can also cast the identify spell, requiring no verbal or material components, once per long rest. If you are not otherwise a spell caster, you do not learn the name or details, but you do gain a general understanding of the effects.

Elves don’t need to sleep. Instead, they meditate deeply, remaining semiconscious, for 4 hours a day. After resting in this way, you gain the same benefit that other races do from 8 hours of sleep.

Elves are divided into three main subraces: Lunar, Solar and True. Choose one of the subraces presented below.

Believed to share an appearance with Luniwyn the Silver Maiden, Lunar Elves feel an undeniable pull to the moon and Erenel’s defense against the Null.
Lunar Elf 5E Racial Traits

When you are attacked by a creature within 5 feet of you that you can see, as a reaction you can choose to impose disadvantage on the attack roll, causing starlight to flare from your fingertips. An attack that is immune to the blind condition is also immune to this feature.   You can use this feature twice and regain all expended uses when you finish a long rest.

Believed to share an appearance with Asanna, the Lady of the Land, Solar Elves feel an undeniable pull to the sun and seek to see nature’s spark bloom.
Solar Elf 5E Racial Traits

As a bonus action, you can magically teleport up to 30 feet to an unoccupied space you can see. Immediately after using Sol Step, each creature of your choice that you can see within 5 feet takes fire damage equal to your Intelligence, Wisdom or Charisma modifier (your choice).   You can use this feature twice and regain all expended uses when you finish a long rest.

Chains of the Past

Thanks to your ancestors "blessing" from the Fallen Elf, you can control chains of the past, once used in service to Vyse Tyranal. As an action, you summon your chains and make a melee weapon attack. Your chains have the following properties:   Simple weapon with the reach property. On a hit, your chains deal 1d8 slashing damage and the targets movement speed is reduced to 0 until the beginning of your next turn. After attacking with your chains, they vanish until summoned again.   You can use this feature a number of times equal to your proficiency bonus, and you regain all expended uses when you finish a long rest.

Dwarf
Major Races
Join Erenel Discord!
A special thank you to all of Gamingbrew patrons, friends and family who make this possible.
A big thank you to Wizards of the Coast for the Open Gaming License and allowing a writer the chance to chase his passion. The Erenel Fictional Universe is presented under the OGL rules for 5th edition. All content and images, unless otherwise credited, copyright ©2022 by Gamingbrew Media, LLC.
All Rights Reserved.
Open Game Content: Except for material designated as Product Identity, the game mechanics of this Gamingbrew product are Open Game Content, as defined in the Open Gaming License version 1.0a Section 1(d). No portion of this work other than the material designated as Open Game Content may be reproduced in any form without written permission.