The Erenel site is undergoing major changes and lore updates. Please note only articles listed in the Gamingbrew Discord are finalized. All other articles should be considered outdated lore.
Archways, ancient gateways to countless pocket dimensions, lie scattered across the world of Erenel. Travelers who come across the chaotic portals claim wildly different stories about what they experienced when they ventured inside. Tales of delving through ancient crypts to battle long forgotten evils, negotiating with kings, and solving intricate puzzles have spread across campfires and bard songs.   Those who have solved an Archway's mystery collect a token as proof of their deeds, an Archway Coin containing the essence of Al'Madoon and the feeling that the Architect himself is pleased with your accomplishment.

Found in secluded and forgotten areas of the world, Archways are doorways to various pocket dimensions created by a large amount of spiritual essence leftover after Al’Madoon’s Great Sacrifice. Each Archway leads to a different place, some small as a single room, others large enough to fill a city.   An Archway typically has an inscription that provides a clue as to what can be found inside, or perhaps the portal gives a glimpse of what players can see, showcasing what challenge lies beyond. A party who stumbles across an Archway in the desert might see a snow blizzard on the other side, melting as it comes in contact with the hot air, giving enough context to prepare for the bitter cold they might experience.   After entering the Archway, the party is spirited away to deal with the gateway’s challenge. Whatever they may encounter, the purpose and prize are always consistent. Successfully navigating the challenge presented will lead to the reward of Archway Coins. After a party succeeds or fails an Archway’s challenge, they can’t attempt it again, as the portal ejects the adventurers and closes.   An important note when accepting an Archway challenge. You are not dead in the mortal plane if you die in the Archway. Al’Madoon would never forsake his children, merely challenge their skill.

Imbued with the essence of Al'Madoon, an Archway coin can be used to fuel the Utterance, an ancient language of the Architects used to forge a vision into reality.   When smelted by a skilled craftsperson known as an Utterance Carver, the Archway Coin's liquid form can be used to embed powerful Utterance axioms onto a piece of equipment, thus magically enhancing an item.   When enhancing an item, the Utterance Carver needs two specific components.
Type
Metaphysical, Arcane 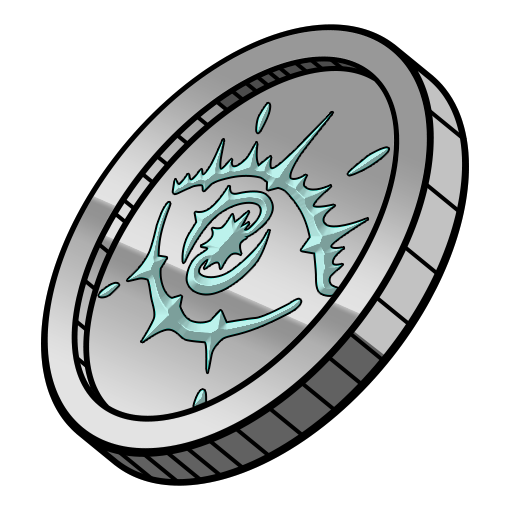 Magic
Join Erenel Discord!
A special thank you to all of Gamingbrew patrons, friends and family who make this possible.
A big thank you to Wizards of the Coast for the Open Gaming License and allowing a writer the chance to chase his passion. The Erenel Fictional Universe is presented under the OGL rules for 5th edition. All content and images, unless otherwise credited, copyright ©2022 by Gamingbrew Media, LLC.
All Rights Reserved.
Open Game Content: Except for material designated as Product Identity, the game mechanics of this Gamingbrew product are Open Game Content, as defined in the Open Gaming License version 1.0a Section 1(d). No portion of this work other than the material designated as Open Game Content may be reproduced in any form without written permission.