There is no weakness that cannot be made strength. I will not be moved. I will not be shaken. None can stand against me. Like the storm, I am strong. I fight to please you. If I fall, I fear not death. Accept me as iron soaked in the blood of battle. By your blessing, eternal glory is mine.
— War Chant of Ragnar Stormbearer


Ødger is a Primal Deity and the god of Competition, Storm, Strength, and War. The Eldest Primal Deity and one of the most popular across Erenel, Ødger, enjoys admiration but demands his worshipers acknowledge him with deeds, not merely prayer. They shout his name during duels, on the battlefield, and as a challenge versus great beasts in the wild.   Many mortal races play sports, and countless wars are fought on Erenel; therefore, everyone has some sort of reverence or opinion of Ødger. However, most of his worshipers are Caelian, Thalorian, and the Ursus, who search for a connection between themselves and the Storm Claw. Barbarians, Fighters, and anyone who relies on physical prowess tend to worship, or at minimum acknowledge Ødger in their pursuits.

The symbol of Ødger is represented by a bear's paw with two broken claws.   To honor Ødger, warriors and athletes will grow out their hair and beards, braiding only the left side to represent the broken claws. Others choose to wear earrings and facial jewelry on the right side of their face while leaving the left side bare.

During contests for personal glory, you must always obey the rules of fair competition to earn my favor. Anyone who purposefully loses a competition for any reason is not welcome in my kingdom. Trickery is for lesser beings only fit to fill a warriors glass after victory.

To become truly victorious and join me in the afterlife, you must be self reliant. If you live a life pursuing strength and bravery you will never fear death, for the perfect end is to fall honorably in battle. The body will eventually grow old and feeble, concluding as an insignificant death from old age. Your deeds are forgotten by the comforts of your bed.

There is no frailty the cannot be made firm. Through physical struggle you body and spirit improves. Be faithful in overcoming a weak will. Social rank, gender and race does not make one better than another. Everything can be earned by strength of character and constitution.

The eldest Primal Deity created by Al’Madoon, Ødger, watched over Aymara the Foremother diligently and was first to rush into the fray in her protection. Over the centuries, his might proved more than enough to handle her watch, and he grew bored. To amuse himself, he began to make a game while in battle.   How many could he crush in one blow? How quickly could he quell this attack compared to the last? Constantly putting his strength to the test in competition, he grew stronger. Countless attackers fell under his claws, the mightiest being an army of giants, created by and infused with power of the Elemental Lords in the four elemental planes. The Elemental Lords were furious with Al’Madoon for his abandonment and sought to destroy Aymara, the Foremother.   Ødger’s gargantuan claws carved through the giant army, ultimately engaging the Storm Giant commander, Jotakent. Jotakent, wielder of the mace Fulmination, fought valiantly, and for the first time Ødger was struck in combat. Jotakent swung his artifact weapon in defense as Ødger’s right paw bore down upon him, breaking the two left claws before meeting his demise.   After defeating the giant assault and furious with the Elemental Lords, Ødger swallowed the remains of every giant that fell under his claw, including Jotakent. With a loud burp, he exhaled a lightning bolt and grinned. By consuming the giants empowered by the elemental lords, Ødger absorbed a portion of their essence, empowering him as a speaker to the elements.   After the Great Sacrifice, the new lord of storms would focus his attention on the Elemental Lords responsible for his broken claw. Those deemed worthy by Ødger join him in their afterlife to fight alongside the Storm Claw in a never-ending war against the Elemental Lords. 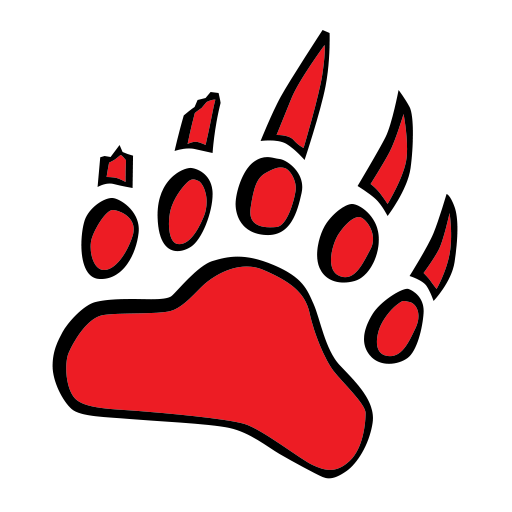 Paladin: Oath of the Storm Claw

The Oath of the Storm Claw calls a Paladin to emulate the eldest Primal Deity, Ødger the Mighty. Ødger demands his followers acknowledge him with deeds, not merely prayer. They shout his name in duels on the battlefield, and as a challenge versus great beasts in the wild.
Available only for Gamingbrew Patrons. If you are a Patron the sub class will appear below.
Primal Deities

This work is licensed under a Creative Commons Attribution-NonCommercial-NoDerivatives 4.0 International License.
The Erenel Fictional Universe is presented under the OGL rules for 5th edition. All artists have been duly credited.If you would like to have your art removed, please contact me immediately.
System Reference Document 5.1 Copyright 2016, Wizards of the Coast, Inc.; Authors Mike Mearls, Jeremy Crawford, Chris Perkins, Rodney Thompson, Peter Lee, James Wyatt, Robert J. Schwalb, Bruce R. Cordell, Chris Sims, and Steve Townshend, based on original material by E. Gary Gygax and Dave Arneson. A special thank you to the many talented people who create the world's greatest role playing game.
Cover image: by Gamingbrew
Character Portrait image: by Gamingbrew