The Erenel site is undergoing major changes and lore updates. Please note only articles listed in the Gamingbrew Discord are finalized. All other articles should be considered outdated lore.
Minotaur are a proud race pushed from their homelands following the Great Sacrifice and the rise of the ever-expanding Human empires of Erenel. To be a Minotaur is to believe in a brutal code centered on strength as an instrument of glory. It is through strength that the Minotaur will once again rise. Strength to serve their legions, lead their clans and rule their empires. They will not be forgotten in the sands of time.

Second, only to the Elves in military might before the Great Sacrifice, Minotaur once embodied the meaning of civilization in Erenel. In this Era of human expansion, the once-great Minotaur race finds themselves caught between civilization and animosity.   An imposing and mighty people, they have earned their reputation for ferocity. It is said that Minotaurs are drawn to violence but bound by conscience. Their society works on the precept that being weak is wrong. While strength is often defined as physical power, for Minotaur, it is an all-encompassing concept, including courage, intelligence and skill. Minotaurs in leadership positions are cunning minds and ruthless tacticians.   Minotaurs are also fiercely loyal, especially to those they owe a debt. Any who show cowardice or abandon their obligations is treated no better than the lowest insect inside a Minotaur community. To reclaim honor, they turn to violence through gladiatorial games. Coliseums surrounded by a myriad of deadly obstacles and labyrinth mazes to host these blood duels are a common sight in their towns and cities.

A Minotaur combines the features of a human and a bull. Sporting hooved feet and 2 foot long horns, these hulking humanoids typically stand 7 feet tall and weigh over 300 pounds. Intimidating just by standing still, Minotaur also have tails proportionally a little longer than that of other bovine.   Fur covers both male and female upper bodies, coarse and thick on the head and around the neck, gradually thinning around the arms and upper torso. The thicker hair turns shaggy again around the waist and legs with tufts at the end of their tail and hooves. Minotaur fur color can range from albino white to coal black, although most Minotaur have red or brown fur.

Minotaur cities are made of well-crafted stonework, much akin to what one would expect from the Dwarven clans, which has allowed Minotaur ruins to survive the centuries of degradation that have sadly fallen upon the race. Minotaur have a habit of building their settlements and kingdoms maze-like with complex streets and alleys. Other races would refer to a Minotaur city as a "labyrinth homestead."

While Minotaur are fond of family and other races, they are not one to support those who are unable to help themselves. This excuse is made for children, but the same can not be said for the elderly. Once a Minotaur has lost the ability to fend for themselves, they are cast out, either by an honorable death or banishment. Banishment is considered the ultimate dishonor, causing Minotaur, advancing in age, to take on more dangerous challenges to keep their honor and avoid exile.   Many exiled Minotaur roam the surrounding land alone until death or make their way to settlements led by other races searching for odd jobs to support their twilight years.

Minotaur display their achievements proudly by decorating their horns with sigils and trinkets. If someone is well-versed in the culture, they can tell the prowess by examining the decorations. Many Minotaur also greatly care for a weapon of choice, wrapping it with fine clothes around the handle or engraving jewels in the hilt. Minotaur warriors will go to great lengths before a battle to make themselves look distinguished on the battlefield.
Lifespan
Minotaur reach adulthood in their mid teens and can live for almost 150 years.
Average Height
6ft - 8ft
Average Weight
220 - 350 pounds 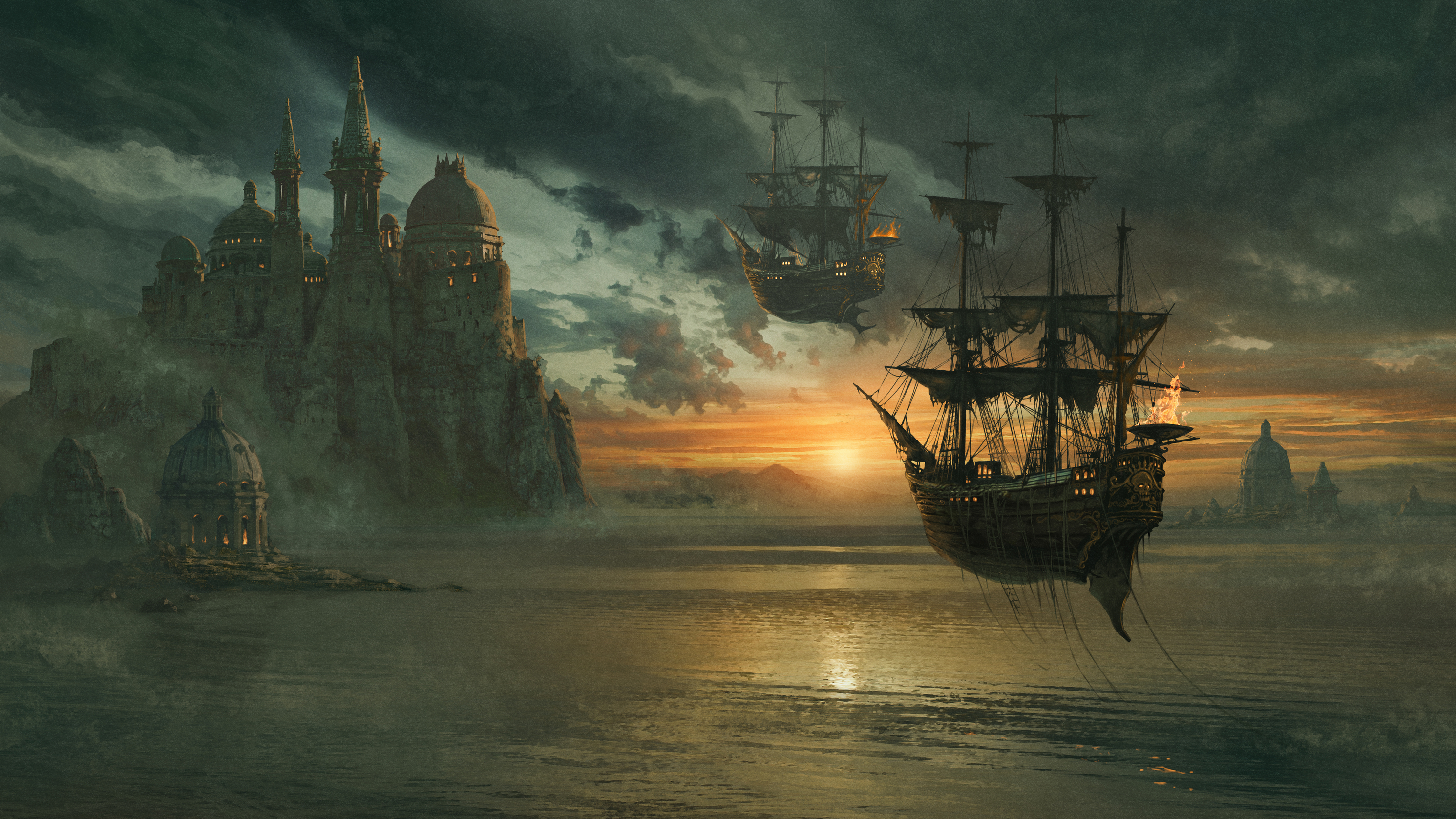 One of two major races with enough fortitude to withstand the might of Utterance, the ancient language of the Architects, Minotaur crafters forge wondrous creations carved with the Axioms of their creator, Al’Madoon.   Their chosen crafts are sculpting and seafaring warfare. Great statues surround wealthy Minotaur homesteads. To the untrained eye, they appear as statues yet stand ready to come to life and defend their owner if the need arises.   Minotaur also make some of the fastest and largest warships on the Tonarian Oceans. Utterance enchantments covering the hulls and cannons empower their watercraft and even allow for the warships to fly. Should a Minotaur lay siege during war, their ships soar from the waters, raining cannon fire below. 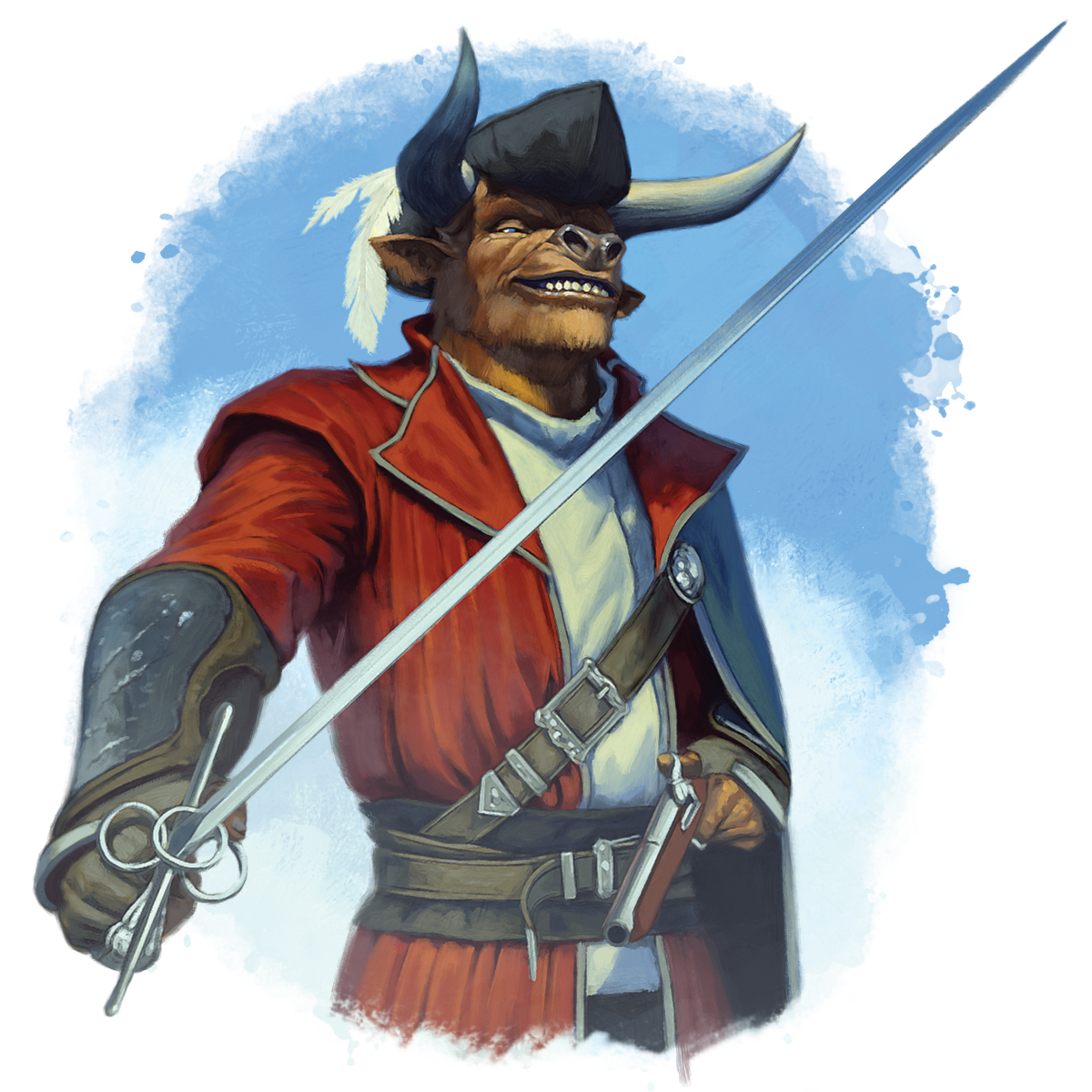 Your Minotaur character has a variety of natural abilities common with your ancestry.
Available only for Gamingbrew Patrons. If you are a Patron the race will appear below. Support Erenel⁣
Major Races
Join Erenel Discord!
A special thank you to all of Gamingbrew patrons, friends and family who make this possible.
A big thank you to Wizards of the Coast for the Open Gaming License and allowing a writer the chance to chase his passion. The Erenel Fictional Universe is presented under the OGL rules for 5th edition. All content and images, unless otherwise credited, copyright ©2022 by Gamingbrew Media, LLC.
All Rights Reserved.
Open Game Content: Except for material designated as Product Identity, the game mechanics of this Gamingbrew product are Open Game Content, as defined in the Open Gaming License version 1.0a Section 1(d). No portion of this work other than the material designated as Open Game Content may be reproduced in any form without written permission.