You have given yourself to the Foremother in an attempt to change the direction of your life's path. Tell me, which way do you face now?
— Nass Stormwright


Aymara, the Foremother is the goddess of Agriculture, Fertility, Love, and Nature. She seeks the greater good for all born from her fruit and the children who rest under the shade of her branches. The Foremother reaches high into the clouds of the Above, having grown into a massive world tree atop Zion Mountain. It is here she continually works toward her view of a perfect Erenel – one of peace without the need for vigilant protection.

Aymara is often associated with gentle creatures that desire nothing but peace, but will not hesitate to defend their children no matter the circumstance. She has seen first hand what hatred and greed can do to the world and its inhabitants. To this end, she sees herself as an advisor to her peers and a nurturer to her children.   She is often associated with Druids, Rangers, Treants, and others who find solace in Nature. Her worship is popular among all races for her role in agriculture and childbirth. Farmers ask for her blessing of a rich harvest when planting crops. Mothers and midwives seek her aid when wanting to expand their family and during childbirth for safety and health.

Aymara is represented by a chalice made of flowering tree bark, covered in leaves and purple blossoms. Occasionally, followers of Aymara will place large ripe fruit around the bed of women wishing to conceive.   The following morning, if the fruit remains mature and vibrant, Aymara has blessed the conception. However, if the fruit has begun to rot or shows signs of decay, Aymara rejects the union and followers must wait one month before trying to conceive again.

Uncompromising good against unnatural forces that pollute the lands created by the Architect is the only way. Natural calamities are to be mourned but not prevented. Nature will sometimes nourish itself with destructive habits.

War need not be the first or final resort. If you are faced with an enemy who is redeemable, seek first their redemption. Sometimes the mere example of compassion is enough to melt the hardest hearts.


Tend to the Land

Whatever befalls, you should always take care of your land. It fed your ancestors and it will feed your children. Do not cut down more trees than necessary. Do not kill more animals than you can eat. The land was here before us and if you care for it, it will care for you in your times of need.

24th of Nassori
On the first day of the planting season, Seeds of Grandeur thanks Aymara the Foremother and life's renewal in the coming crops. Farming communities gather in preparation for the event, asking the Foremother to bless the forthcoming planting.

12th-14th of Gwirus
This three-day festival gives thanks to Asanna, the Kindled and Aymara the Foremother, for the gift of harvest and is an opportunity to celebrate the successful completion of another crop season. It is a time for the community to come together with feasting, carnival games and merriment before winter's chill arrives. 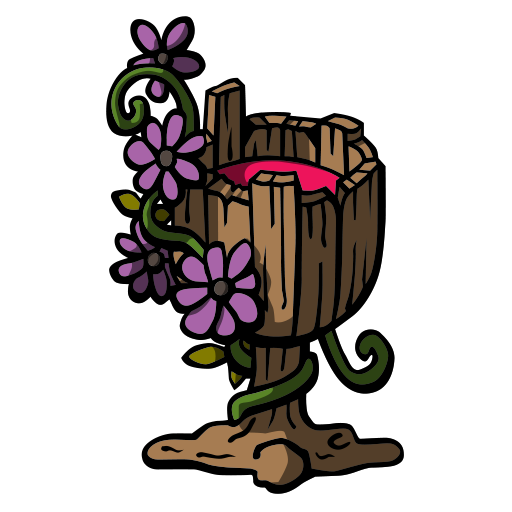 Divine Classification
Deity
Current Location
The Above
Realm
The Above
Honorary & Occupational Titles
the Foremother, the Giver of Life, the Compassionate One, the Earth Mother
Circumstances of Birth
Reborn after the Great Sacrifice, thanks to her children Rezmir, Asanna, and Luniwyn planting her broken branch in the Above.
Children

Farmers often ask for Aymara’s blessing during the Seeds of Grandeur holiday by reciting the following stanza after burying their hands in the soil.   O Foremother, I till the soil
In preparation for your seed of life
And plant each gift in your embrace
Welcome them into your arms
O Foremother, I water the soil
In loving care for what will come
Sprout and reach up to you above
Fields of faith for the giver of life 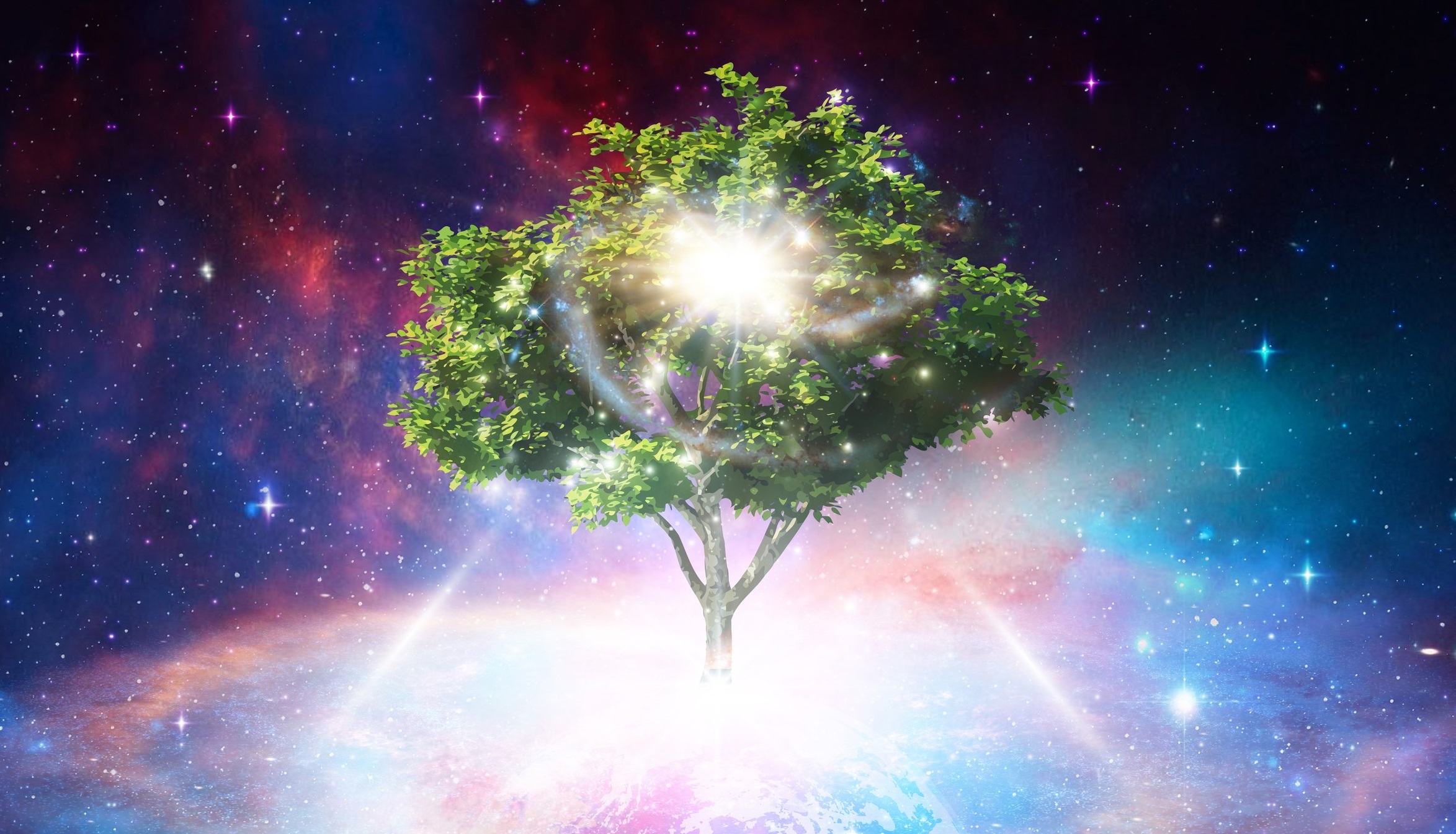 Exhausted and in agony from yet another removal of his essence, Al’Madoon cried out in pain before collapsing. A single tear fell in unison, crashing upon Erenel, landing in what is today known as the Gulf of the Fallen Star. As Ikaram the Sol passed by on patrol, he saw a large sprout emerging from the soil.   Ikaram had never looked down upon Erenel before, always content with watching the void retreat from his presence. This particular sprout pulled his gaze. An intense protective feeling washed over Ikaram. With every cycle as “Father” slept, Ikaram would shine down upon the tree, lending his light to the sprout’s growth.   Centuries passed before Al’Madoon awoke and saw the great tree towering high above Erenel. To his delight, the tree spoke, thanking Ikaram for his light and Al’Madoon for providing soil. The tree, called Aymara, was beginning to blossom with leaves and fruit. Once her fruit ripened, she believed it would fall from her branches full of life, a child of Al’Madoon.   Aymara asked for more like-minded creatures to live under her branches and enjoy the beauty Al’Madoon has created. Al’Madoon obliged and began to populate the world. Everything from the dragons soaring overhead, the Dwarves deep in their mountains, to the small ants scurrying below the dirt came from Al’Madoon and Aymara’s conversations.

As Vyse Tyranal, the Fallen Elf assaulted Al’Madoon above the Tree of Aymara, the Architect understood what had to be done in order to cleanse the corruption and spare his beloved Erenel. In a bright flash of light, Al’Madoon sacrificed his celestial body exploding into an apotheosis of divine light. Vyse and the Tree of Aymara took the full force of Al’Madoon’s sacrifice but no part of the universe would be left unscathed. The force of the blast shattered the timeline, freezing all non-deities in a time-lapse that would last for eons.   With the help of Thayriel, the Keen Eyed, Rezmir successfully recovered a branch from the damaged Tree of Aymara, planting the remains close to his acquired domain in The Above. This branchling grew and began to bear fruit, as its mother Aymara did before it, forming angels and seraphim as the fruit ripened.

After the Great Sacrifice and her rebirth in the Above, Aymara began looking over her protectors as a mother would look after her children. Kav’wa, Natsuko and Ødger all embraced their earth mother, quickly returning to her side when needed.   Hrólfr and Thayriel would prove difficult with only Hrólfr accepting the earth mother’s love. Thayriel continues to seek retribution by eternally hunting the Ashen Wolf for his role in a portion of the Trance’s destruction. Even with Aymara attempting to intervene and find peace between her two adopted children, Thayriel continues his hunt as the war between the wolf and stag continues.   Bedoma, the Last Guide and Ianna, Matron of Ravens both respect the importance of the Foremother but choose to keep her love at a distance.
Greater Deities
Join Erenel Discord!
A special thank you to all of Gamingbrew patrons, friends and family who make this possible.
A big thank you to Wizards of the Coast for the Open Gaming License and allowing a writer the chance to chase his passion. The Erenel Fictional Universe is presented under the OGL rules for 5th edition. All content and images, unless otherwise credited, copyright ©2022 by Gamingbrew Media, LLC.
All Rights Reserved.
Open Game Content: Except for material designated as Product Identity, the game mechanics of this Gamingbrew product are Open Game Content, as defined in the Open Gaming License version 1.0a Section 1(d). No portion of this work other than the material designated as Open Game Content may be reproduced in any form without written permission.