Forgeworked is a condition where individuals have undergone a procedure to replace one or more body parts, often a limb, with an artificial replacement. This replacement is a mastercraft combination of rubber, wood, metal or other more exotic materials. Such work results from medical, mechanical, and alchemic techniques under the watchful eye of a fully trained artificer.


These enchanted devices are unique miracles. Each one can easily be a testament to the power of ingenuity in the face of Life's adversity.
— Stefanos Vel-Barboza, Seskyalii alchemist


As long as there is magic, there has been magical healing and restoration. However, there have always been some wounds or afflictions that resist even the most powerful wizard or cleric's attempts to tend to the wounded. Out of this need grew the engineering and alchemy formulas for the Forgeworked process.

The exact origins of the technique have been lost to time. However some skalds and scholars claim to have seen records showing that formulas and designs first appeared in ancient eras of the Empire of Jade, the Geldar Republic, and in Samakar.

Each culture at first specialized in their own types of materials. In Geldar it was finely crafted bronze alloys, while in Samakar it was silver and crystal alloys melded to be as strong as steel. Meanwhile, in the Empire of Jade, silk, bamboo and folded steel were their materials to use. However, as time passed and trade between the regions increased, the formulas and materials being enchanted crossed cultures. This lead to the magical enchantment and material forging techniques becoming more refined. The devices became as much art as practical necessity while each culture learned from the other.

No matter how refined the process became, the purpose was to create an enchanted device melded with the body of the recipient. All to help that person where magic had failed, or sometimes caused the problem in the first place.


The test for someone who masters the art of creating Forgeworked devices is to look at one and identify the "lineage" behind the designs. And I thought alchemy was tough!
— Stefanos Vel-Barboza, Seskyalii alchemist


Reactions to an individual who has been Forgeworked will vary depending on the particular culture. For some, such as the Samakarii, each artificer device is a unique work of art. Made to mesh with, and enhance, the recipient. They are designed to reflect the person's inner self.


No matter what, these devices are rare. Magic by itself is powerful but sometimes needs a little help. At least, that's what the Artificers tell me.
— Stefanos Vel-Barboza, Seskyalii alchemist


However, for the Orisnuc, it’s believed that person has the eye of history on them. In this culture, its believed that a Forgeworked person is bound for great things in life.

Yet, in places like the Gauian Empire, a Forgeworked person is seen with some suspicion. Did they lose control of a new alchemy formula? Did an experimental spell, meant to be tested on a servant, go wrong? Perhaps this person is actually a spy or assassin?


I heard once a Gauian artificer tried to Forgework a troll... as if that walking murder moss wasn't bad enough already. Leave it to a Gauian to think a troll needs improvement...
— Stefanos Vel-Barboza, Seskyalii alchemist 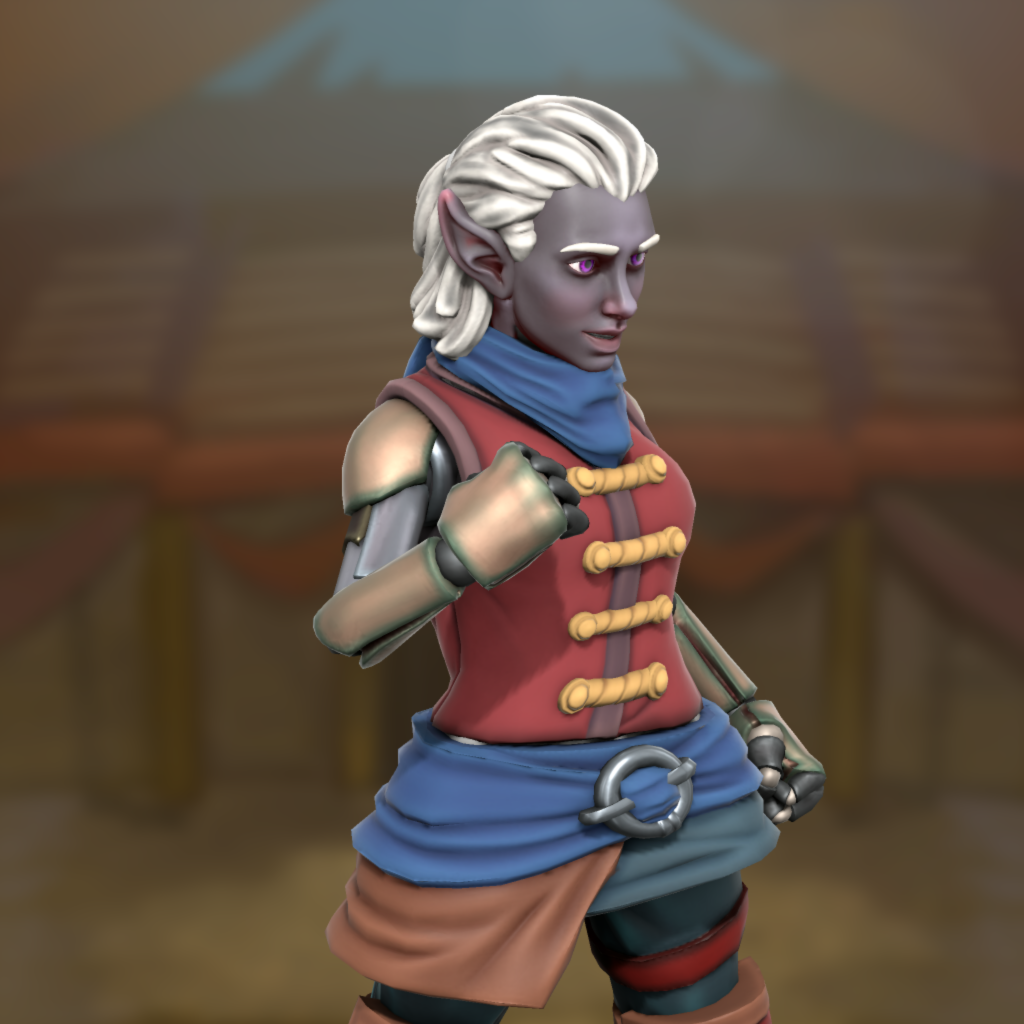 A character that has the Forgeworked condition has the following traits available.

Forgeworked Prothesis The character may choose one to three of the traits below as a replacement for the same number of traits from their natural born ancestry.

Very nice concept great blending of magic, craft and tech. So a mage, a dwarf and a gnome walk into a bar ... Forge Worked!

*laughs* thanks! And this one was a serious labor of care. I was trying to find - as best I could - a sweet spot between magic and tech in a fantasy world but leave enough room for the mystery of how these specialized arcane devices actually worked!

These are really interesting! Do you think some people would purposely replace their body parts with an artificer prosthetic for aesthetic or convenience purposes?

Thanks! I do think people would consider it, especially a Pathfinder for convenience purposes. However, that "Dispel Magic and Antimagic" vulnerability would give a person something to seriously think about. Not to mention some locations in Elohey are not as... reputable... as others about Forgeworked services...