The evocation school of magic includes the '-mancer' disciplines that manipulate and enhance primal energies of air, earth, fire, and water. These are mapped to aeromancy, geomancy, pyromancy, and cryomancy, respectively. These magics manifest as mana-intensive, powerful, and immediate effects rather than as efficient, subtle, or long-lasting results. Wizards specializing in evocation comprise the largest proportion of Aemark military magical power and account for approximately 45% of all known wizards in the Kingdom. 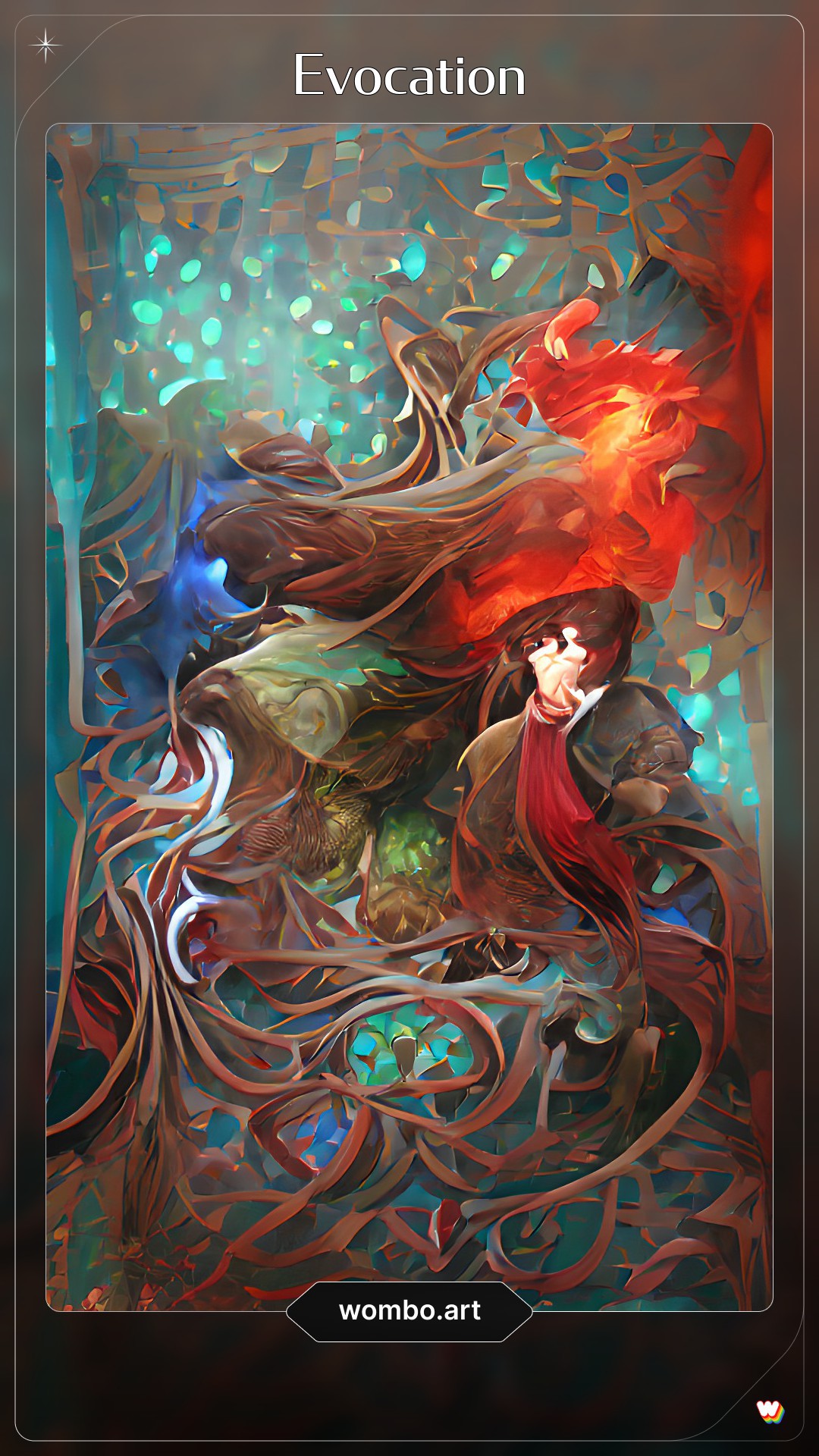 Evocation by Wombo ("Elements Red Blue Green
Brown Magic")
While the uninitiated cannot easily fathom mana structures in the same context as a wizard (nor see them using aether sight), attempts have been made to communicate the concepts and have been most successful in describing magic through physical laws. For evocation, the chief principles are momentum and rotation. Spells from these four disciplines are brought into being by manipulating the spin and speed of mana flowing out of the wizard's mana vectors and the structure of a spell. This is a mischaracterization of the complexity of spellcasting, but suitable for basic understanding.   Within evocation, aeromancy and geomancy are paired as antipodes and likewise cryomancy and pyromancy. Each is associated with a direction of spin, a structure for the mana, and the speed with which it flows. The verbal component assigns the appropriate external form and function to the spell and dictates how its configuration will manifest. Without the chant, casting simply exudes energy haphazardly with minimal organization. For example, aeromancy would release a static burst from the wizard's evoked arrangement and a geomancy spell would similarly coalesce the mana into a dense fluid surrounding the mana 'plate.' (Geomancy builds upon a plate-like form.)   Classic characteristics, while not always followed, are correlated with the four disciplines as follows:           These are approximations and are not true in all cases. Complex spells require finely-tuned control of these variables with detailed framing from the verbal component. Interestingly, wizards with higher innate power (that is, larger mana pools and faster flow) find it more difficult to cast outside of their attuned evocation discipline due to the greater 'inertia' their spellcasting carries (in addition to usual attunement side effects).

All spells require a verbal component and, as many professors state: 'elocution counts.' Contrary to popular belief among the non-magical community, the utterances do not need to be perfect to cast a spell and, as such, gagging or drowning wizards will result in 'exuberant defensive spellcasting' (often at the cost of the offender's life). Even so, a precisely spoken chant creates a 'tighter frame' and is a key component in efficiency. The tighter the frame, the less mana 'leaks' from it. This is a loose characterization of the actual magical implementation.   Most evocation spells have simple verbal components because the intention is to direct energy en masse rather than deftly in composition or through specific pathing. Chants affect three core aspects (among others) of an evocation spell, as indicated below:         An excellent example of all three at work is a pyromantic fireworks display. These fireworks are cast to ignore physics and attain pinpoint accuracy, but may be lobbed over obstacles or leverage natural laws to enhance parts of the show. The concentration can be manipulated to reduce the visibility of the arc and size the burst appropriately. The direction and guidance portion separates standard fireworks from more intricate ones. Creating a basic dahlia shape requires fine control over more than a dozen different streams with unique traveling concentrations and effect volumes. (This is, in fact, the primary reason that pyromantic fireworks are so rare and non-magical versions are considerably more common.)

Last book left you on the edge of your seat? Desperate to know how Clayde will exact revenge for the death of his wife? Just two more weeks until the grand reveal!   I never understood this series. 'Look at me! I can blow stuff up and showcase one grizzled expression per year!'

Got magic? Maybe she was born with it...