A branch of Etherean military tasked with handling crime, arbitrating citizen disputes, and general protection of the towns and cities.

The Shields of Justice (also referred to simply as Shields) were established during the reign of Queen Alyah of Etherea. At the time, war with Kilgroth was all but formally declared, and with the army tied up in skirmishes along the border, crime rates soared. Looting and banditry became so common that many farmers gave up on their herds and crops, leading to a kingdom-wide food shortage. Even after peace was restored with their neighbor, Etherea still had to restore peace in their own land. And after fighting a war, the army was less than enthusiastic about helping.   It was Alyah's husband, Lord Voltar, who offered a solution after watching his wife struggle to handle the daily deluge of reports and citizen complaints. Borrowing the idea from the nelfyns, he suggested a third branch of government specifically tasked with keeping peace among their citizens. This branch would be headed by an expert on law and justice who would take charge of delegating legal affairs and protection of settlements.

The Shields follow their own system of ranks separate from the regular army, all of which fall under the authority of the High Justicar, who in turn answers to the Queen and Lord Royal.

The overseer of the law and legal system. He holds court every day to handle cases that require his direct authority. Also responsible for ensuring laws and criminal punishments are kept up-to-date, he meets with the royalty any time it is determine that laws need to be changed.   Below the High Justicar, Shields are split into two branches.

The military branch of the Shields, the city guards are in charge of patrolling the towns and cities and report to the Lord Royal rather than directly to the High Justicar. Where interpretation of the law is necessary, a justicar is called upon to assist.

The legal branch of the Shields, the Hands deal with interpretation and enactment of kingdom law, reporting to the High Justicar as needed.

The highest rank of the city guards, they coordinate all guard assignments and work with the justicars to send patrols outside of the cities as needed. Where further command is needed, they report to the Lord Royal.

Etherea's legal voices, justicars have the authority to settle any cases of crime or civilian disputes. Each settlement has at least one local justicar assigned to it, depending on the settlement's population. Justicars outside of Araniae are trusted to decide when a case needs to be brought before the High Justicar.

Each Shield office has four lieutenants responsible for the the four duty shifts each day. Shield Lieutenant authority supersedes

Acting as secondary interpreters of the law, arbiters handle cases on the rare chance that a justicar is not available. Arbiter authority supersedes all but officers of the rank of captain or higher.

The basic soldier of the Shields of Justice, they patrol the cities and towns in small groups as directed by their officers. They are trained to respond immediately to any citizen in need of assistance, and follow strict protocol for behavior even when off duty.

Legal voices of the people, advocates stand as representatives to help Etherean citizens understand the law. In legal cases, each side is assigned an advocate to ease the dispute. Advocates also handle the day-to-day paperwork of the Shields.

To differentiate them from the army and Royal Guard, Shields of Justice primarily wear green. Their tabards, breastplates, and shields are emblazoned with a set of silver scales. City guards wear leather or steel armor, depending on their fighting style, and patrols carry either a sword and shield or a polearm bound in green leather. Their helmets are simple steel or leather with green face guards. Patrol leaders' helmets are always steel and have wings above the ears. Lieutenants and Captains also wear winged helms, as well as arm badges marked with either a star (for lieutenants) or a crown (for captains).   Hands of Law also wear green, though only justicars wear armor of any kind, usually a simple leather cuirass and arm guards. Otherwise, justicars wear long, sleeveless green tunics embroidered with the silver scales. Arbiters wear regular tunics similarly colored and marked, and advocated wear green robes with a silver badge that bears the scales.

The Shields are well-respected throughout Etherea. Even the Wood's inhabitants understand and respect that their purpose is to maintain order. Justicars in particular are considered by many to be of elite status, though they have no specialized skills or abilities. Law-abiding citizens throughout the kingdom make a point of knowing who their local justicars and arbiters are. Shield captains are also regarded with respect, though citizens that like to enjoy themselves a little too enthusiastically tend to view them more as bullies since they tend to get into trouble more often.   Less scrupulous citizens tend to despise the Shields, particularly within the larger cities where wealth is plentiful. Countryside bandits will target traveling justicars whenever the opportunity presents itself, as good justicars are hard to replace and the loss of one usually results in at least a little bit of chaos in the area that they can take advantage of. However, those that turn their lives to banditry are not considered full citizens of the kingdom, and thus don't benefit from the protection or legal authority of the Shields. Rather, bandit groups are handled by the army, who don't have to worry about the legal ramifications of wiping such rogues off the map. 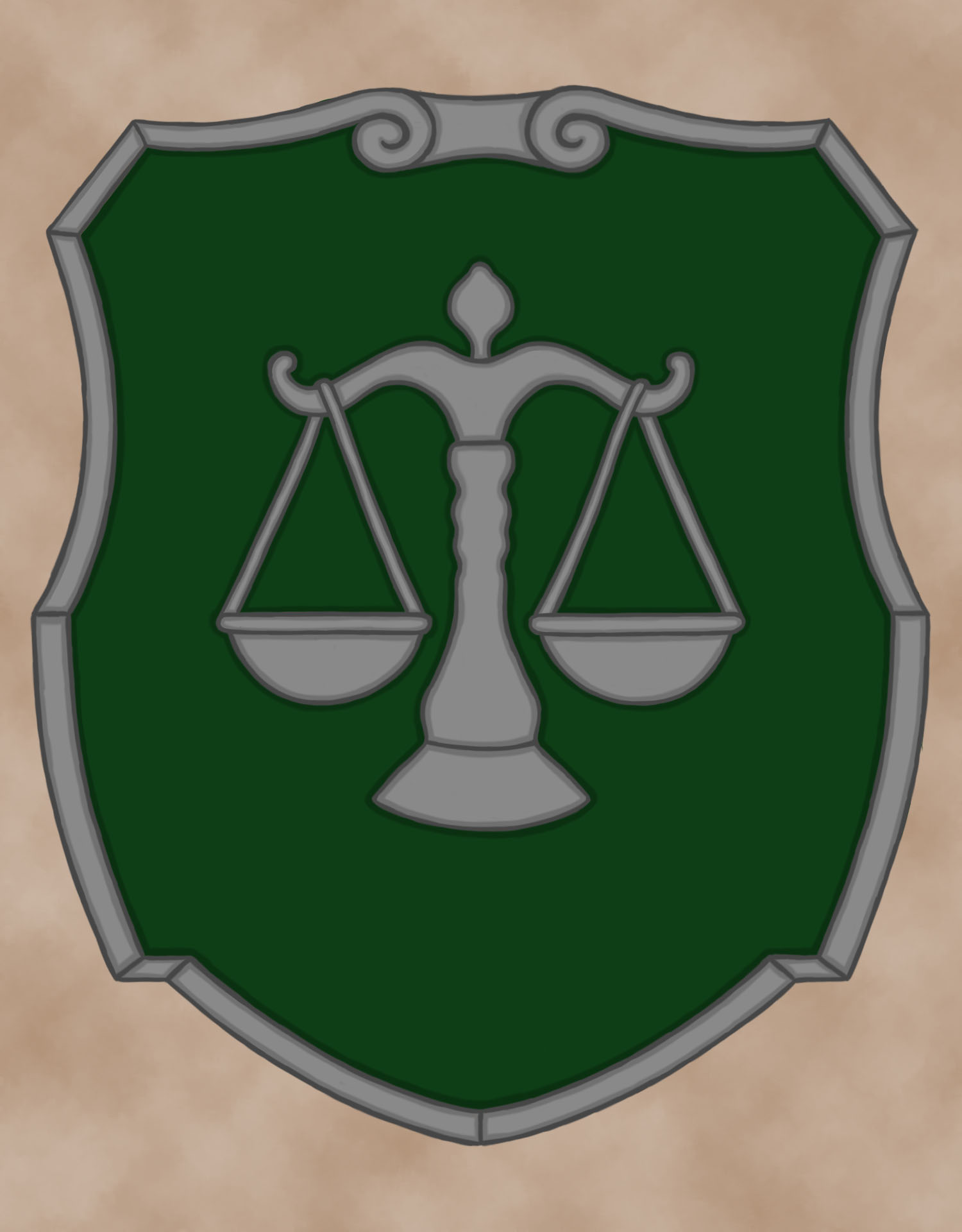 Authority between the Shields and other military groups is complicated; in general, Shield authority outweighs all others in matters of crime or civilian disputes. The Dragon Guard alone stands above their authority unless the royal family deems it necessary to send them before the High Justicar.   High Justicar: equal in rank to the General, High Sorcerer, and Dragon Commander (if different from the Lord Royal). Where a legal case involves any of those ranks, the High Justicar stands as the judge. Where legal matters involve the Queen or Lord Royal, the High Justicar takes the case to the Kingdom Council.   Shield Captain/Justicar: equal in rank to army commanders and the Dragon captains. Shield Captain authority supersedes all other military branches except the Dragon Guard and army officers of Commander rank or higher. Justicar authority supersedes all other military branches except the Dragon Guard and Etherea's general.   Shield Lieutenant/Arbiter: equal in rank to army/Wing lieutenants and Dragon lieutenants.   Shield: equal in rank to army sergeants, Wing flight leaders, and Dragon Guards. Shields are authorized to arrest any citizen suspected of a crime, even off-duty Dragon Guards and those above their rank. Once the arrest is made, the case is passed to the appropriate officer.   Advocate: equal in rank to army regulars, Wing regulars, and Royal Guards. Of the Shields, advocates are the only rank that does not have authority to arrest citizens or soldiers. Instead, their authority involves the fair treatment of prisoners and the proper reporting of cases.
Type
Military Order
Alternative Names
Shields
Leader Title
High Justicar
Parent Organization
Etherea
Location
Central Etherea
Related Ethnicities

Answering: "Describe a law enforcing organization within your world and how they operate."
Visit Kaari13's Competition Page Check all other answers to this prompt Competition Homepage