The High Priest of Ebi in Airu oversaw the rituals and rites. The beer and ale celebration. The rites of fertility and virility. The blessings of livestock and coming of age. The celebrations of drunken debauchery and orgy. The more private lessons and council on sex and sexuality. Sometimes "he" and other times "she". Sensualism, sensation, pleasure and sexuality are things shared by all species and Zhaho Eish found way to use this to form bonds outside of human imperial society and within.
Life, pleasure and unity were rights to be soaked up and relished. All are accepted and Zhaho shared love as the vehicle of the Goddess. Over cups problems were discussed. The hurt were taken in for massage and therapy. Affection, cuddles and touch are the gift of Ebi, as is alcohol for relaxation, recreation and forgetfulness.  Ebi's worship captures the sacred energies of sexuality and sensualism.


What is lust, but love of the moment or the day without concern about anything complicating the being?

We are nothing but the moment. It can redefine and redirect.

Born of a scholarly family in Olmar, in south western Eseret she was trained in accounts and histories. Books and scrolls she found boring - instead interested in the lives of the city residents. Unwilling to dedicate herself to the university or patron scholarship, she entered the priesthood of the The Order of Heaven. Here she found purpose in serving and helping the lives of worshippers. In 1317 on a missionary expedition to the frontier a hostile and dangerous confrontation was averted by an Ebi priest declaring a feast and celebration, walking from the camp with wine and food, and inviting Bahku cat people and Minotaurs to drink, feast and sing though he didn't know the languages. Zhaho saw this as a miracle of the Goddess and dedicated herself to Ebi.
Ebi: She/ He is the Cohort on the left. Goddess of the fields, grain and Domestic animals. Patron of Festival, wine and beer. Disorder in it’s place. Hedonism, sexual abandon and debauchery.

From 1318 to 1323 she was advancing as a priest of Ebi. She served as an initiate in the great Church at Lahou and in 1321 was a lesser priest in the Frontier town of Carhisu. In 1324 she was assigned to the Free City of Airu. In 1325 she opened the Holy Brothel to support the temple and gain workers for the Ebi festivals, celebrations and rights beyond the regular worshipers. Over the next 60 years she grew the brothel with exotic and strange workers as well as the humans. Many claimed to have become followers of the Church and the Goddess - beatsmen, cat people barbarians, Fae elves, gnomes, goblins and trolls, and strange cannibal monsters that she purchased from slavery on the frontier and somehow made civil. Even some Centaur, Minotaur and Titans became part of the brothel. in 1359 she became the Celestial Master - the high priest and highest authority for the Temple of Ebi in the Church of the Order of Heaven. In Airu, there seemed no conflict between the temples and the Church as a whole. Outside the city Zhaho was undercut and blacklisted.

The left hand deities are breakers of rules and agents of change and upset. As a priest and follower Zhaho broke with social conventions beyond the conventional expectation of abandon within human followers. Expanding the rituals and rites of Ebi to nonhumans was very unsettling for many. However in Airu, it was taken in stride and tolerated, and on occasion celebrated.

In 1325 she opened the Holy Brothel of Ebi which became known for it's debauchery and "anything goes" attitude. Not only did the brothel have men, women, boys and girls but also beastmen, former captive slave Bahku barbarians, trained beasts, and a few monsterous races that were somehow made peaceable. In later years she found several Titans that she trained and civilized enough that they might work in the brothel. Zhaho Eish said that sensuality and lovemaking were universal languages uniting all living beings.  The temple saw, and still sees, great profit from the brothel, and even tourism for the rituals and festivals.


That giant Titan woman....wow. Pick you up and carry you. Those huge feet crushing bugs......But have you tried the Ghenid? No teeth to bite and rip, but the mouth and tongue and other parts work real well.

Zhaho Eish followed the Mice philosophy of minimal  burdens. Mice preach moderation and simplicity but focus more on what is carried: Heavy emotions of resentment or hate, envy and desire that produce pain. Things are clutter. They follow a philosophy of no more than you need. Small needs for small things. Nothing that makes you heavy, slow, foggy or lazy. Let go of extra things and unburden the soul of weights of desires and resentments. Focus on now and what is needed and before you now.

She had at sometime almost become one of the Peaceful Ones and shared the Worrohozi belief of all being sacred. This may have been from the Esereti upbringing which retained friendly feeling toward Fae and prohibited slavery.
In 1324 Zhaho Eish became a priest in the Temple at Airu.  The Free City also freed her.  It was known that she had many lovers - scandalously even Beastmen former slaves, fae races and nonhumans.

She may have been afflicted with Corruption which drove her to excessive hedonism and sensualism. Or this may have been her nature.  She was known to suffer the Esereti emotional sensitivity that Torga Imperials find weak and foolish.  This caused her to ignore social status  and even species in her associations and assignations, which in most of the Empire was scandalous.  Though the Temple of Ebi in Airu was one of the wealthiest and most successful in the whole Holy Church, she was still treated as outcaste by the majority of the church. 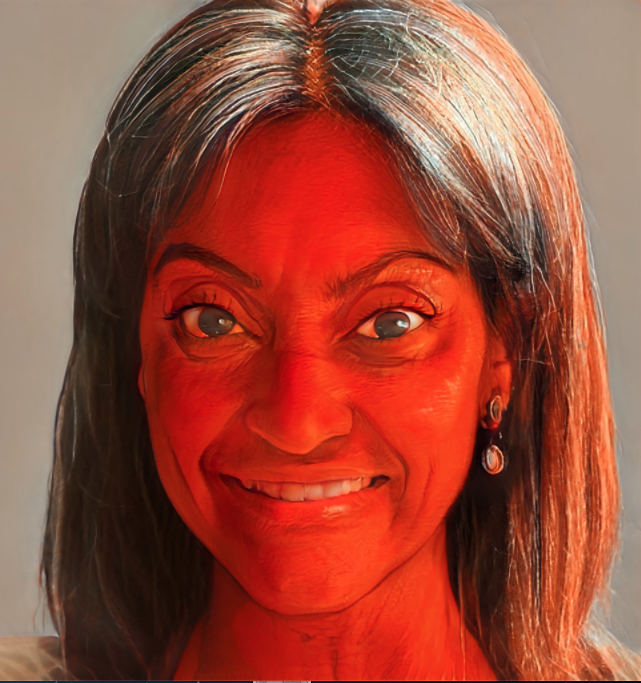 Current Location
Airu
Ethnicity
Eseret
Church/Cult
The Order of Heaven
Age
103
Date of Birth
3rd of the Duck
Date of Death
2nd day of the second quarter festival
Life
1291 1394 103 years old
Circumstances of Death
It is true that she died in the arms of a Centaur companion, it is false that she was crushed in an erotic accident.
Children
Presented Sex
Female
Sexuality
Socially Quol, Zhaho Eish was equally comfortable as a lover of men and women.  This she saw as part of her role as servant to the Goddess.
Gender Identity
The Celestial Master accepted "he" or "she" in reflection of the God Ebi who was enticing maiden and Quol with a strap-on phallus.
Hair
Dark hair that lightened with age
Skin Tone/Pigmentation
The brighter red skin of some Esereti
Quotes & Catchphrases

Of all the Gods, Ebi wants us to be happy. The laughing Goddess gives us ale and wine, and encourages sensation and pleasure. Ecstasy and joy are offerings.


Every experience has a lesson.


Until you have joined in union with another (or others), you do not fully know the individual.  Love is a universal language as can be seen in my house.