"Some say we've been coddling children with these dolls. I know we give them a little bit of hope in their darkest moment."
— Patricia Newie, resident of Lakeharbor

Worry Dolls are magical toys that the rock gnomes of Lakeharbor create for children. The reason they exist is to calm children who are going through difficult situations. They also help children who have a lot of worries and need extra help dealing with these problems. Their creation involves a mixture of gnomish crafting and magic. They are extremely popular amongst the children of Banshaw Edge as they have more nightmares than any other city or town in Arrasgoth.   Anyone has the ability to make a toy doll and the gnomes of Lakeharbor have no claim on the premise. The reason that these dolls are different is because of the gnomes who make it. Only a Lakeharbour gnome has the skill with crafting and magic to make this specific doll. The gnome must have been born and raised in the town to make this doll.   The reason that only the Lakeharbor gnomes can make these specific dolls is due to the ground they carved out to make their home when the village was first founded. Just under 300 years ago, when the gnomes started making their home in the rocks of the land they had found. When digging into the ground, a steam was let off and released a magical blessing from Migrie, God of Machines. The gnomes were unaware of this blessing and what they had been granted as a gift of this god.   The blessing gifted all of those within Lakeharbor the magical ability to create a one of a kind item, which they used on the Worry Dolls. Without the blessing, the magic within the doll will not hold and this is why it cannot be replicated by any other person other than the Lakeharbour gnomes. Any child born of a Lakeharbor gnome carries the blessing as well and has the ability to make one of the dolls.   Other gnomes and people with magical abilities have tried to replicate but cannot get the spell to hold.

The Worry Doll works on a system of magic and gnome craftsmanship. The doll is created out of thornwood, spun cotton and sheep's wool. The dolls are custom ordered and designed by parents to be a companion for their child. They make the doll in the likeness of the child or to make a humanoid friend for them to confide in. They make a doll that is similar in biology to the child. They do not make dolls that are full animal, but they will make tabaxi dolls for tabaxi children.   Once made, magic is sewn into the doll through intricate weaving in the clothing. A specific rune is sewn into the clothing to act as a glyph. The doll needs nothing to bind it to the child other than the knowledge of the child's name for the caster.   The activated glyph has a trigger sentence that the child speaks, stating their worry to the doll. The words the child must use to start their worry is: "I am worried..." Once spoken, the glyph activates and a Calm Emotion spell begins. The spell is active for one minute and can be reactivated several times by the child but the spell can only be activated at night.   It is impossible to destroy a Worry Doll in any way except by the maker of the doll itself. The magic would need to be removed by the maker for it to be destroyed by normal means. The reason for this is to protect the doll from any accidental or purposeful harm by the child or someone else. The doll can only be used by the designated child. The doll can pass down to others, but the magic can only activate for that specific child. When the child turns sixteen, the magic will no longer work.   Though adults have asked for the doll for themselves, they do not get their request granted. The Lakeharbor gnomes believe that adults are old enough to deal with their own worries. If an adult does need the use of the Calm Emotions spell, they are also old enough to cast it themselves. They will make non-magical dolls for adults as a comforter.

"I can't make the magic work, but sometimes children need something to remind them that not all things are bad. That's why I keep one on me! Just in case!
— Faraine Writingham

The Worry Doll was first created by a Lakeharbor gnome. His daughter had trouble getting to sleep so he needed a way to help her in the night. She would scream into the late hours if she was alone, terrified of the dark and abandonment. After failing to find a natural way to soothe her, he created a doll for her to have at night. Staying in her parents bedroom did little to help her but this new doll, in her likeness, helped at first. He further developed the doll, infusing the Calm Emotions spell into the clothing. This spell would activate on a trigger phrase.   The gnome realised this worked perfect so he started to teach other gnomes in the village to create them. This turned into a mass production of Worry Dolls that they sent to Banshaw Edge. The children there were plagued by nightmares of The Weave due to their study of it.   The Lakeharbor gnomes started using the dolls in charity work to get a good reputation for the town. They gave the dolls to children who suffered more than others in their lives for charity. They also started to generate money by selling them to parents who wanted an easy way to deal with their child. Some adventurers started to carry the dolls as well, either as a comfort for themselves or for others. The magic does not work on adults regardless of whether it was bought for them or not. A notable adult that carries a Worry Doll is Faraine Writingham.

Worry Dolls are significant to the area of Banshaw Edge, but do not hold as much appeal culturally across the rest of the continent. They are significant in the help they bring to children who suffer with nightmares. They help children who are worried all the time and need that extra support. Many have been affected by their creation and see them as a cultural boon. They have become more popular over recent years due to the influx of The Darkness . With The Darkness plaguing homes and settlements, there is more need for worries to be heard.
Item type
Miscellaneous
Creation Date
203 BTU
Current Location
Lakeharbor
Rarity
Rare

Arrasgoth is a custom roleplay setting based in the system of Fifth Edition, created by OncomingShower.   Arrasgoth draws inspiration from many different settings and lore within the Fifth Edition universe as well as other historical settings and events, under the Open Game Licence.   Dungeons & Dragons belongs to Wizards of the Coast and she claims no ownership of it.   All crests and portraits were created at World Spinner using either the Portrait Workshop or the Heraldry Editor.   All headers and cover art created at Canva using free images on their website.
Article template
Item
World
Arrasgoth
Category
Arrasgoth Artifacts in Arrasgoth Items
Author
oncomingshower
Publication Date
1 Dec, 2021
Creation Date
1 Dec, 2021
Last Update Date
28 Dec, 2021
Visibility
Public
Views
419
Favorites
39
Comments
4
Work In Progress

I really like this article! I often add these powerful epic magic artefacts to my setting, but I completely forget about the more mundane use cases of magic. I love who you tied this item into the history and culture of a place and made it something unique.   The only question I have left after reading this article: Why do people have more nightmares here than anywhere else? Is there a known cause or is it all just myths and speculations? 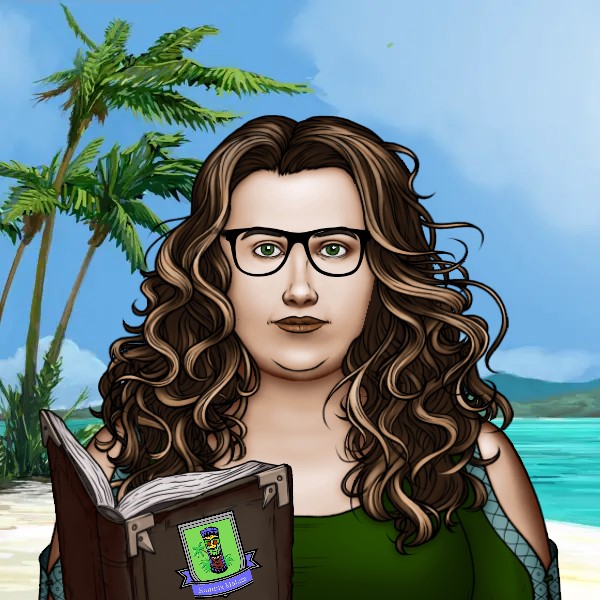 Thank you! I thought it was a cute concept and wanted one of my own so I figured it would work.   So, I haven't written up Banshaw Edge yet but the Weave is untapped potential of chaos that you learn to control. The children in Banshaw Edge suffer more than any other children as their settlement draws upon the Weave day and night, seeing how far they can push it. The closer to the Weave you are, the more disruptive your dreams become. At least, that's what I think for it.

Wow, such an item in real life would be amazing. Love the detail in the article and how it only can be created by rock gnomes of Lakeharbor. Very well done.

Thank you very much! I wish I could have one too myself!

Very nice object, mundane enough to be inconspicuous but very useful for the children in need. I love as well the fact that many were given away in charity!

The gnomes of Lakeharbor try their best to help all children!

I remember you talking about writing this on various streams, and it's so great to see the finished product. Excellent work!

Thank you! I am very proud of this work and especially this concept! <3