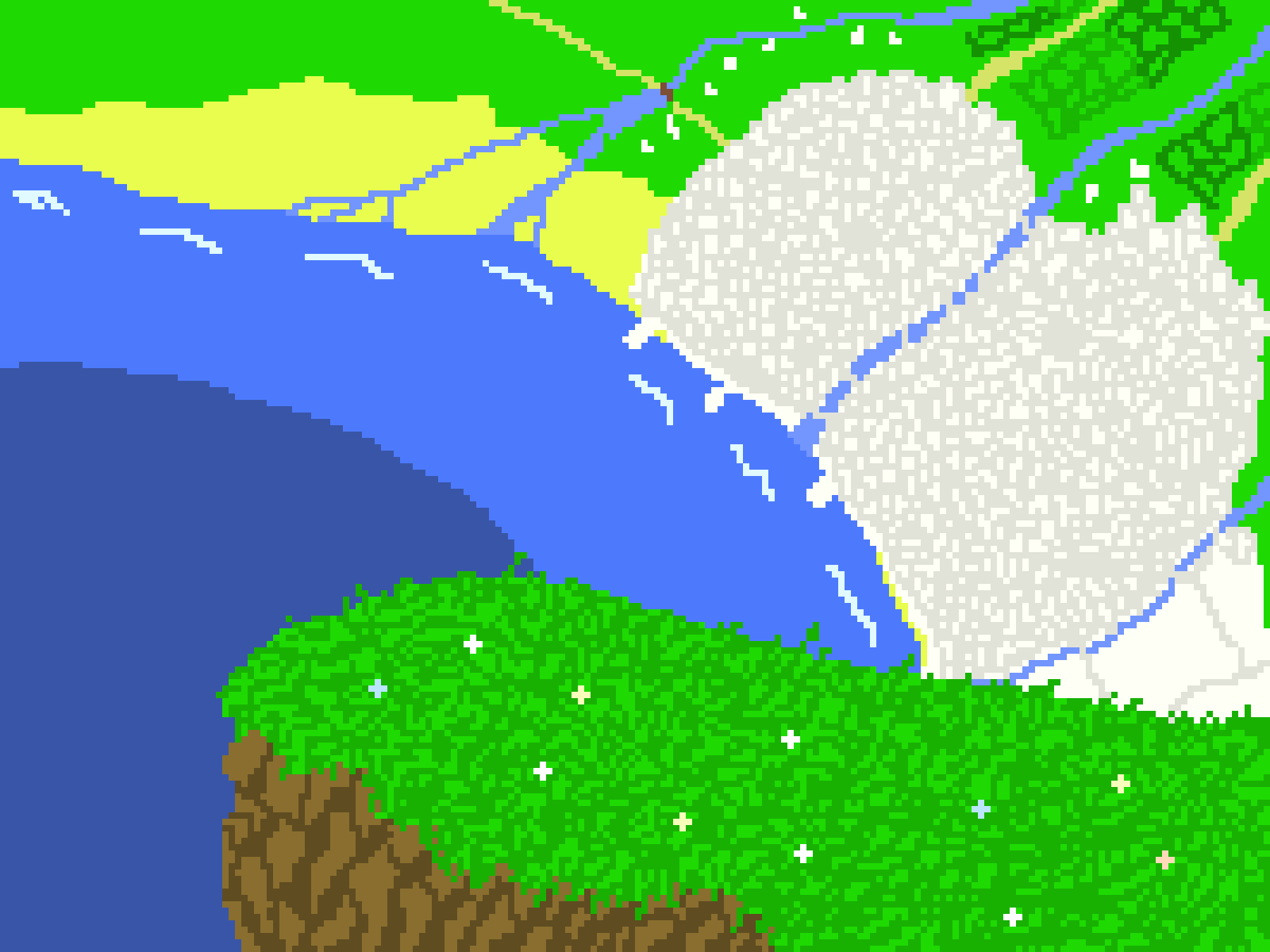 [...] It was a day like any other, after waking up, eating breakfast, and preparing everything I needed, I left for work in the Library.
As always I went through the lines of white, stone buildings. As always, even though it was still early in the morning, the sounds of extractors coming from Valsara district could be heard. Additionally, the sounds of craftsmen and merchants reached my ears from every side.
As I crossed one of the bridges leading to Gethen district, I almost...
— Chronicler of Golvageth, entry 632

Due to the high concentration of Blue in air and water, living close to the sea can be extremely dangerous, so when not one but three settlements have been built close to each other in one of the most southern parts of Urnketh, there had to be a reason for that.

Before the cities making up Golvageth began sharing their territory, they were three separate but cooperating settlements founded by three craftsmen.

Golthera - The city of shipbuilders

The city that started the closest to the shore. It was created by a man who wanted to create both ships for the travel along the rivers and the sea to increase the distribution of the resources to other settlements close to them. He discovered fast that longer travel along the shore is impossible due to a high concentration of Blue causing Oversaturation (condition) in worst cases and blindness and hallucinations in best. With the discovery of the Azure Kelp, he remodeled his ships to adapt them for gathering the said resource. With that, his settlement grew and became a city.

Valsara - The city of Pigment extractors

The second settlement placed most to the north. Its founder was a woman who wanted to extract Pigments from the seawater. As she quickly discovered, the process needed to extract even the smallest amounts of Pigments from the water was highly inefficient and expensive. However, once the neighboring city of Golthera began to acquire the Azure Kelp, it was discovered that the organisms are full of easy-to-extract Pigments. Once the settlements started to cooperate, Valsara grew and became a city.

Gethen - The city of armorsmiths and tailors

While the initial plans of the founders of the other two settlements failed, the founder of Gethen successfully managed to find the deposits of ores he and his coworkers used in the creation of armor. His settlement grew steadily from the beginning. However, once the Color embroidery has been discovered, the steady supply of Pigments from Valsara allowed for a smooth transition from armorsmithing to tailoring the uniforms augmented with Colors.

As the cities grew, their territories soon started to come in contact with each other. As there was already strong cooperation between the three of them, their leaders created a union, forming the Tricity of Golvageth, ruled together by three different rulers. Soon, they, and their descendants, were known around the continent as Three Southern Kings.

Close to the end of the Age of War, the current rulers of the Tricity were challenged by 9 Witches for a control of their land. After the crushing defeat in the Battle of the Rosy Stream, which resulted in the death of two out of the three kings, the Tricity has been taken over by the 8 remaining Witches.
3 of them took over the role of the kings, the others became the Treasurer, Librarian, Minister of Trade, and Minister of Defense. The last one, after the loss of their dear friend, left the city and moved to the north.

The three cities of Golvageth have been built in the bay surrounded by high cliffs from both sides. The soil here is fertile, partially thanks to the river delta which 3 branches flow through the city. The sands close to the sea have been permanently dyed blue due to its influences and in some places, the vegetation shows the signs of oversaturation. Luckily, despite the high contents of Pigment in the seawater, the warping process caused by it on the non-live matter seems to be very slow.
Alternative Name(s)
Golvageth Tricity, Southern Craftsmen City
Included Locations
Owning Organization
Southern Tricoven
Demographics:
35% Rockwing,
20% Smeltspark,
20% Beteclaw,
15% Huerustler,
10% Human

Over the years of existence of Golvageth, the inhabitants of the city focused more and more on practicality over aesthetics. Asides from the few buildings such as Golvageth's Library, most others became simple, minimalistic, easy to fix structures with almost no ornaments. The right angles rule and there are almost no arches to be seen. Thanks to the vast free lands available for expansion of the city most of the buildings don't have more than two levels.

To slow down the Oversaturation (geographic anomaly) caused by the blue waves crashing on some parts of the city, a big part of it has been built on metal and stone pillars, regularly replaced before the Colors start to warp them. To do so is a very dangerous task and yet all alternatives would be way more expensive or time-consuming.

While the Blue Color that oversaturates the waters surrounding the continent is mostly dangerous to live beings (though over years it can bring as much destruction to everything else), it has been discovered that traces of Blackness coming from the depths of the sea might be even more dangerous to buildings and other structures. To counteract its influence, most of the city is built out of white materials, so over time, the two colors neutralize each other before the corrosion even starts to show up.

This world suddenly seems a lot more dangerous, even without the stirrings of tyranny and rebellion... even just falling in the water can have potentially lethal or lifelong effects. Don't tell me rolling around in the grass could go badly to... is anywhere really safe?

The rivers and lakes (and grass) are safe, they tend to have only enough Colors to be seen as things of their color. So are most of the places where Witches didn't fight in the past.
Sea, however, (and a few giant places that consist of one-colored things) is out of limits.