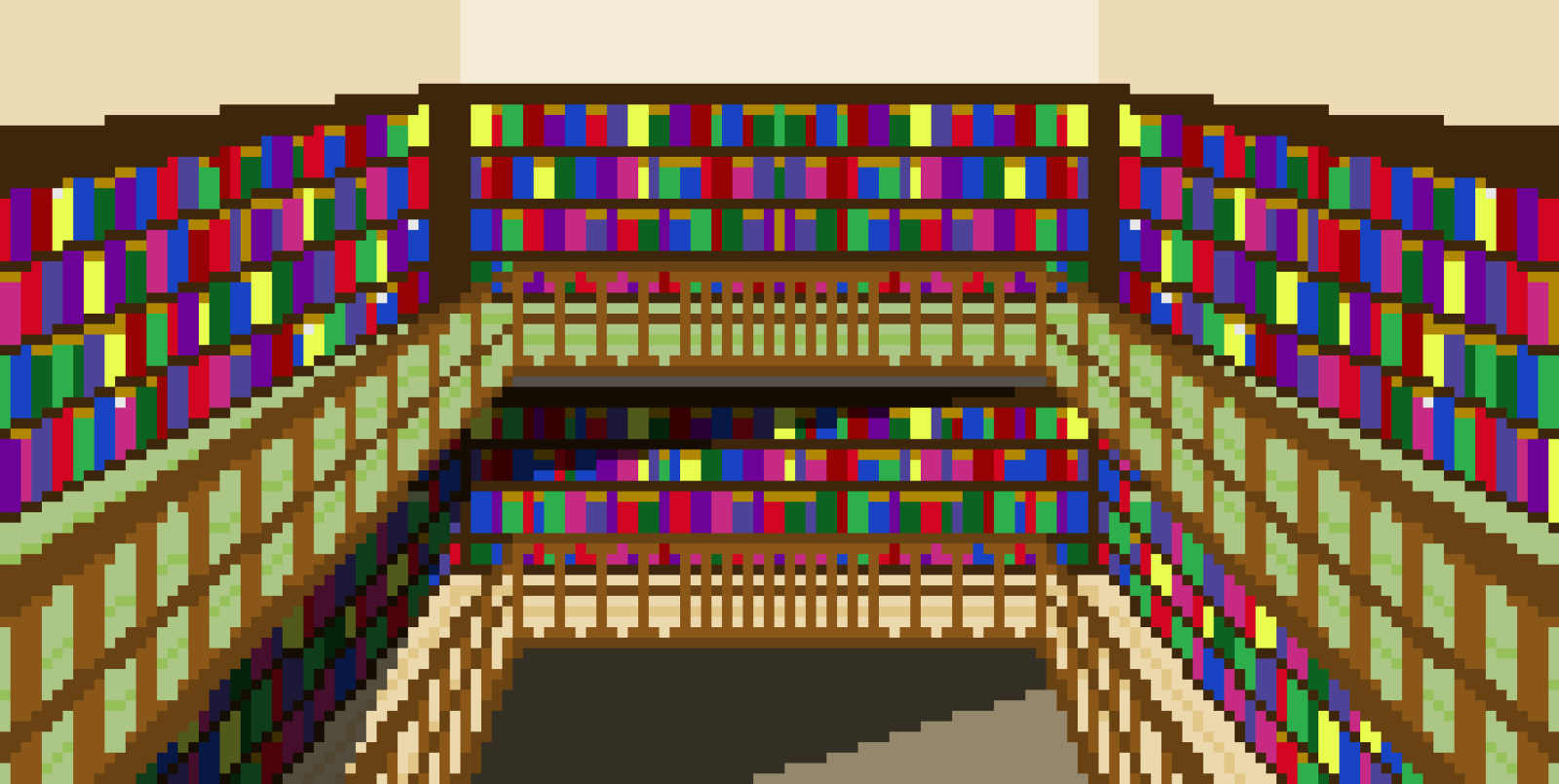 [...]The sound of the engines reminded me that I also had to go to work. I looked at the building which was my goal, the Golvageth's Library. A tall white tower containing thousands of books and records. What better place to research the things Witches change and censor than at the source.
— Chronicler of Golvageth, entry 632

Golvageth's Library is one of the greatest libraries on the continent. It's a 6 stories high great tower made out of white stone. It has been designed and is owned by one of the eight Witches that have been in control of Golvageth for the last few centuries, one known now as Librarian. What makes it so great isn't the number of volumes contained within it but the knowledge stored there. The Librarian stores here many texts forbidden in other countries, her research on spells and other Witches, and even some books which pages have been filled with words written with pure Colors, too deadly to read for most normal people.

The Library has been built on a hexagon base with an extension on one side serving as the main entrance to the building. While the buildings surrounding it are mostly built out of simple shapes and right angles, valuing practicality over aesthetics, the exterior of the tower has been built simply to inspire awe. The whole structure is covered with floral reliefs, statues of forest beings (at least one of the nymphs is heavily based on the Librarian herself). Each floor has three windows with stained glass, each on a different side, with sides alternating on every floor.

The inside looks what one would expect the library to look like. There are hundreds of bookshelves here forming a maze with two staircases leading to the higher floors. Most of the floors are wooden, enhanced with spells protecting from fire, should someone foolish try to burn it. Between every few shelves, there are various decorations, statues, plants or paintings placed there to liven the place up.

Each floor contains a different, increasingly more secret type of knowledge. Even the people working here have certain floors they can access while being prohibited from visiting others.

Color Meter Spire - Broken by Revyera
As always, I looked up at the metal spire at the top of the building, a mysterious device used to measure the levels of Colors in the city. Normally, it would show a little higher (than 0) levels of Blue with varying small amounts of other Colors.   This time it was wrong. It looked so very wrong.   Both the Blue and Black containers were cracked and their contents spilled, bleeding pure Colors on the roof of the library and streets below. Before I was even able to comprehend what that meant, the screams coming from the docks started...
— Chronicler of Golvageth, entry 632

On top of the tower, there's a metal structure with 7 glass spheres. The location of each of the spheres corresponds to the location of the Color Nests inside the bodies of living beings. The meter condenses the Colors in the air inside each of the balls. Once there's at least a small amount of them inside of each ball, the same amount of Colors gets drained and mixed, forming neutral gray Color. What's left after this process is the abnormal amount of Colors present in the air in the present time.   The Color meter is a valuable tool near the shoreline, where the amount of Blue can spike in a matter of seconds.