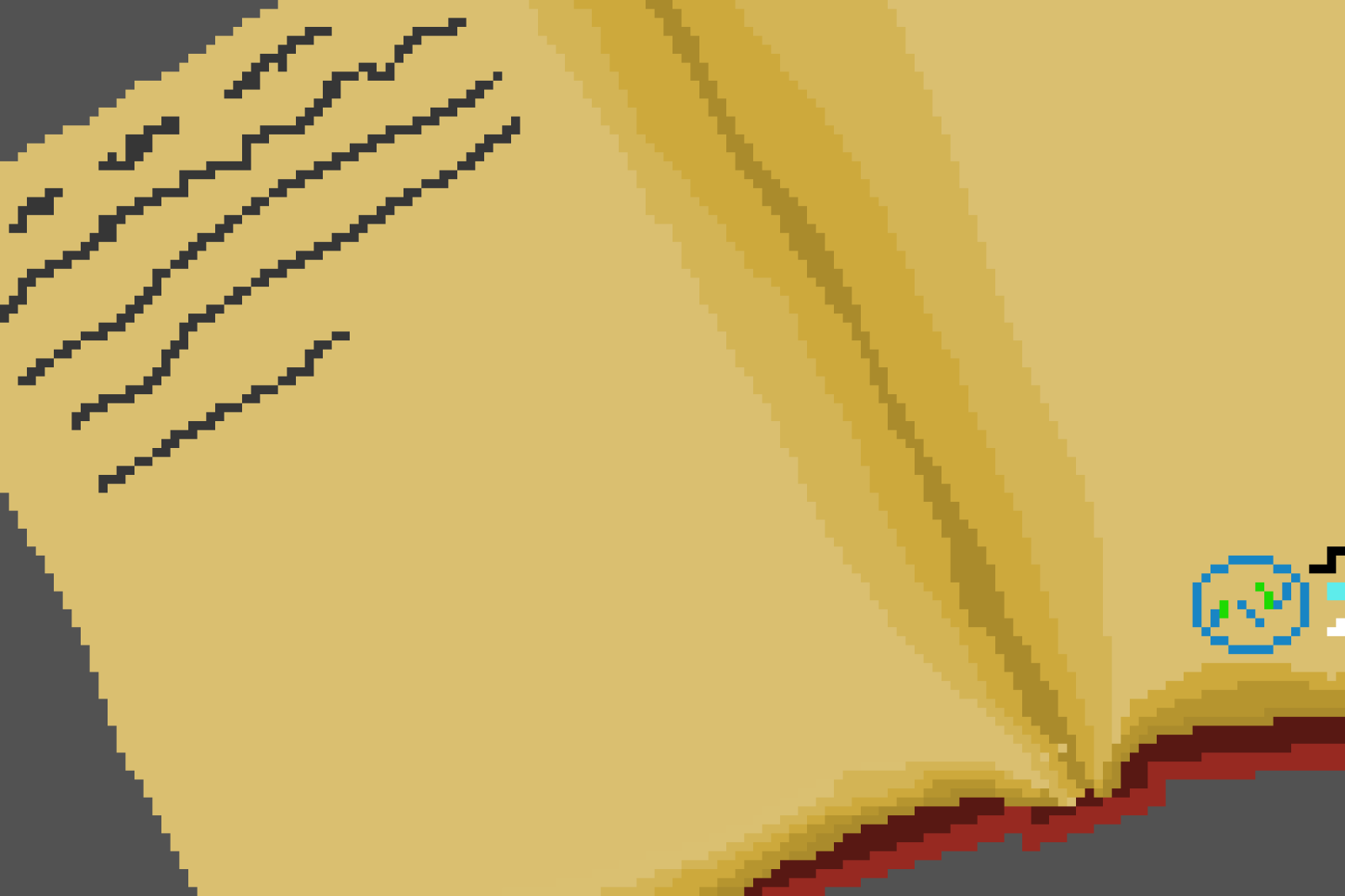 The one who protects the truth for the future. The one who might one day wake up to discover that the world around has changed but they have not.

The one who writes down

The main reason for the existence of Chroniclers is to write down the true events happening in the area under their care. No matter the falsehoods, the censorship, the bending of the truth, magical or otherwise, Chronicler's duty is to investigate and record the reality.

How to become the Chronicler

Not everyone, not even every member of The Witchhunt can become a Chronicler. It is impossible to choose this title for oneself, instead, it's the higherups in the organization who choose the next bearer of the title.   Criteria they are looking for:   Once the right person is chosen, a mage of The Witchhunt visits them to imbue them with spells and gift them an enchanted book, notebook, or scroll.

No matter what happens, the Chroniclers are prohibited from actively taking part and influencing anything that happens in the area they supervise to avoid any risk of being found out. They also can't come in contact, help, or even actively look for any other members of the organization, making this title a heavy and lonesome responsibility.

A man sat down at his desk, in front of a book. It had a hard, maroon, leather cover with two symbols engraved on its front. One consisting of two blue rings between which small symbols were forming a symmetrical pattern. Within those rings, there were bigger symbols, blue and green forming together a picture of an eye. A Seeing rune protecting the contents of the book from unwanted eyes. The second one, made out of black, white, and blue lines forming the symbols of The Witchunt, a bow and a shield. This rune created a one-way link between the book here and the second one far away. Anything written down in this one would show up as the contents of the other one.
The man opened the book and dipped a quill in ink.   "Chronicler of Golvageth, entry 632, an alarming event.
Today, in the morning, I managed to be a witness to very unusual events.
Here's what happened,..."

Alternative Naming
The one who remembers
Related Organizations

The one who remembers

When receiving the title of Chronicler, the mages of The Witchhunt imbue its new bearer with special enchantments. Those spells work similarly to the Seeing rune letting them perceive the reality without the influence of Colors, magical or natural. They also protect from most known spells affecting the memories, often making the Chroniclers the only people in the area who remember its true history.

While a spell such as this would benefit all sapient beings, the more beings are protected like that, the bigger the chance that one of the Witches would decipher it and create countermeasures against it.
And while it would be great to have at least one Chronicler in every city and organization, the Witchhunt simply doesn't have enough resources to do so.

The book that every Chronicler possesses is a magical item enchanted with two spells. The first one protects its contents from anyone but the Chronicler. For others it will look like a simple diary with nothing interesting inside. Even Witches weren't capable of detecting and breaking that spell yet. The other spell works as one-way long-distance communication, sending everything written down in the book to its copy in the other part of the world (most often in the care of another member of the resistance who will then report any unusual records).

Very nice opening quote! :D Good to see you digging into this place for WorldEmber

Thanks! And yeah, started missing my colorful world, so it'll be fun to write here again.

I love this concept. I bet Chronicling is stressful task. ^^; Specially ix you need to bear truths that you wouldn't like to know!

I like that you included all the the criteria what they want the Chronicer to be. A question which I didn't quiet catch from the article: Why can a person not know the location of The Witchhunts headquarters when they supposedly work together? I feel like there is an interesting reason hidden here.

While Chroniclers have spells cast on them that will protect them from memory alteration, if an agent was ever discovered, nothing will stop a Witch and other mages from probing their minds or simply torturing them. So the less they know, the better for the organization. And since they are the ones gathering intel, if they often contacted the organization, they could be used as bait.

I see, that makes sense!