I wish I could say that those stuck-up elven folk over at the Tifwado Adventuring League aren't worth your time. Unfortunately, they have become quite formable opponents for Alykin's Heroic Adventuring League. They have this nasty habit of discovering our contacts and leads and stealing missions right from under us! I know we're supposed to stay neutral in academic textbooks. But if you're not reading this to succeed at AHA Academy and join my league then perhaps you should pick up another book.

The Tifwado Adventuring League (TAL) is another heroic adventuring league founded in Tifwado City. However, the faction behind TAL has lasted much longer. Since before Tifwado City was created.

The Tifwado Adventuring League has had many aliases over the years. It began as a family. Tarryn Tifwado was the head of the Tifwado elven family. They claimed to be the first elven community to found a city. Beyond creating the city that is now the cultural capital of the Western continent, Tarryn Tifwado was known for developing a unique fighting technique that combined the art of katana fighting with magic. Alykin, Champion of the Devils' Storm and founder of the Alykin Heroic Adventurer's League (AHA), left her home tribe at a young age and studied under the Tifwado School of Thought.   Tifwado family elders co-ruled over the small city-kingdom until after the Devils’ Storm. It was during this time, that the eldest of the council of rulers, Joridyn Tifwado, made the decision to turn their kingdom into the Independent City of Tifwado. This newly-changed city would be governed by a council of Folk representatives elected by major Folk-groups who settled in the area. Some reasons why Joridyn who supposedly adopted The Champion, Alykin made this choice can be found in his letter to Alykin.   A faction within the Tifwado family didn't appreciate their sudden reduction in power. This led to in-fighting within the family. Although their reduction in power is not nearly as much as you may think. There may be one Tifwado representative on the council, but many more members operate behind the scenes. Gwyneth Tifwado, who was the niece of Joridyn, went against Joridyn’s decision to back the Champion Alykin and created the Tifwado Adventuring League.   TAL was the first split in an adventuring league.

When TAL was originally founded, they only recruited elves into their ranks. After the Anti-Discrimination Law passed for all official Adventuring Leagues, TAL began accepting other Folk into their academy. However, of those who made it to the second year, only 10% were non-elven Folk.   The Noble Tifwado Faction which runs TAL selects missions for its members that will increase their influence in the city and surrounding regions. Through their members, the Noble Tifwado Faction is able to curry favors with other influential Folk groups to affect their own goals.   TAL is considered to be a major competitor to the AHA League. Beyond stealing missions from our members, those of us in AHA fear that if TAL gains too much influence, they will roll back many of the strides we’ve made in inter-Folk relations. 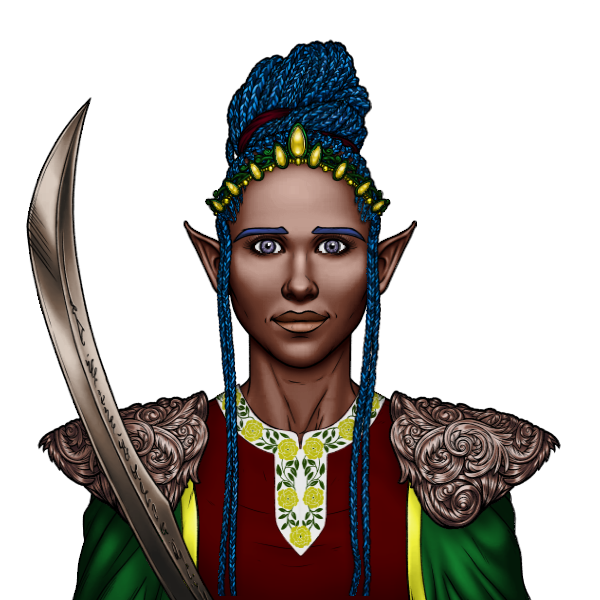 by Portrait Workshop
Gwyneth Tifwado created the Noble Tifwado Faction, a group of extended Tifwado family members who felt like it was imperative to remember their royal blood. As their membership grew, she later formed the Tifwado Adventuring League. In general, the elves who originally governed Tifwado City are known for the extravagant wealth they inherited and their belief in sacrificing small freedoms for order. However, the Noble Tifwado Faction will often take these beliefs to their extreme. TAL acts as their arms and their mouthpiece. Operating behind the TAL adventuring members empowers the faction to push back against progressive change while evading any responsibility for their actions.

Type
Guild, Adventuring
The Powers that Be

Answering: "an old or ancient organization which still casts a shadow"
Visit CassandraSojourn's Competition Page Check all other answers to this prompt Competition Homepage

A league of elves that don't like others? But... why? Do they blame the other races for the power loss? What is their intent? Maybe for the RPG to figure out but... I want to know too...

Before the war against the Devils, the species were a lot more separated. I think a big part of it was that the original Tifwado was destroyed in the war and they would have preferred to rebuild it and keep it under Elven power rather than essentially give it away. And there will always be people in the world who think they're better than others just because of the nature of their birth. I think there are a lot (though not all) of the Elves in this league who feel that way.