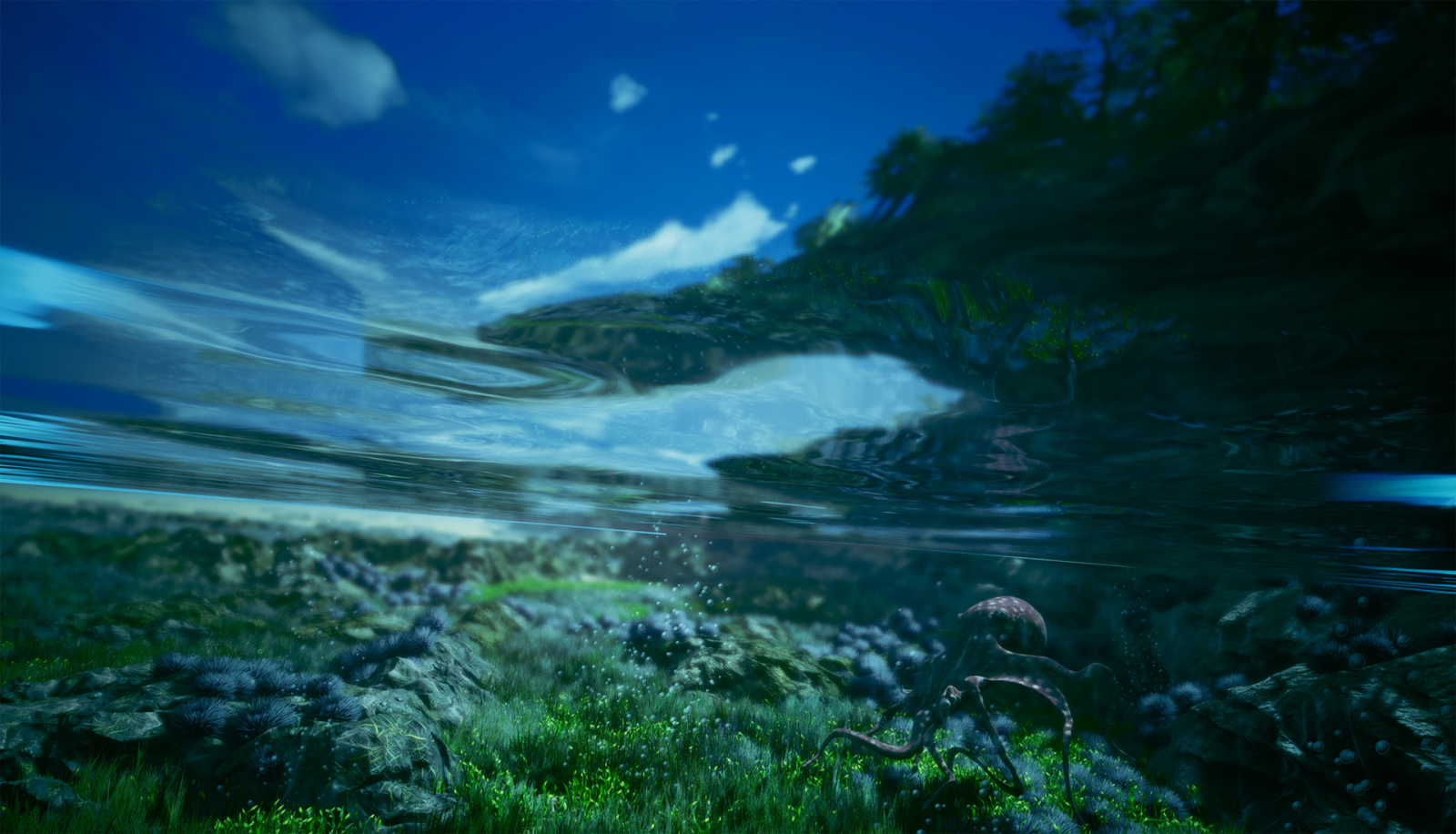 An expansive area of shallow wades extending from the north-western tip of the Northern Range and towards an uncharted landmass. Its alternate name: the Storm Straits, makes it seem less expansive than it is. But as the name implies, the area is swamped with intense seasonal storms that dredge the ocean floor and redeposit silt, sand and rock onto the high sea floor.   It is such a definitive dividing line between the Pearl Sea in the east and the Storming Sea in the west, it neatly resembles a murky line that bisects the deep blue colour of the Pearl against the pale teal of the Storm.

Geographically, the merrows constitute an underwater cliff that more likely flooded as the result of an ancient earthquake. This hypothesis logically concludes that a land bridge connected the continents in times past.
— Ranger geographer

Finkin: A sexually monomorphic Kin species that use the merrows as a breeding ground for the guppy stage.   Fish, crabs and other marine life: Constitutes the diet that sustains Bai Sai's residents.   Ocean Lily: Stalks that can grow to 60 feet, with pads up to three feet in diameter and grown from toe-sized nuts with a semi-permeable shell.

Over the course of many centuries, an ecological disaster slowly desertified the original warg homeland. Within that time; groups of adventurers, environmental refugees and fortune seekers left their dying continent- hopping across the Remnants as waypoints and rest stops- and finding their way to the other end.

The Sinking Remnants are a chain of islands that break across the Storming Sea in a haphazard inline and disappear into the horizon.   There are posts, bases and depots constructed by persons on the other side of the archipeligo. Speculations range from familiar valley individuals running away political disputes to the ancestral venturist remaining on the opposite continent.

Permanent or tidal ridges that consists of, or are covered by, sand or other unconsolidated material.   They are a favourite resting place for fisher folk.

A very small island with little or no vegetation, and cannot support long term human habitation.   However, some do have simple structures built on them to aid in marine harvesting.

Ring-shaped reefs encircling even shallower lagoons either partially or completely.

It borders the entirety of the Ranges' northern shores and every year, seasonal hurricanes are guided through the strait, crash into the Sinking Remnants and continue on to the Pearl Sea. Along the way, wild winds and violent rains bombard seaward population centers relentlessly for months and months at a time.