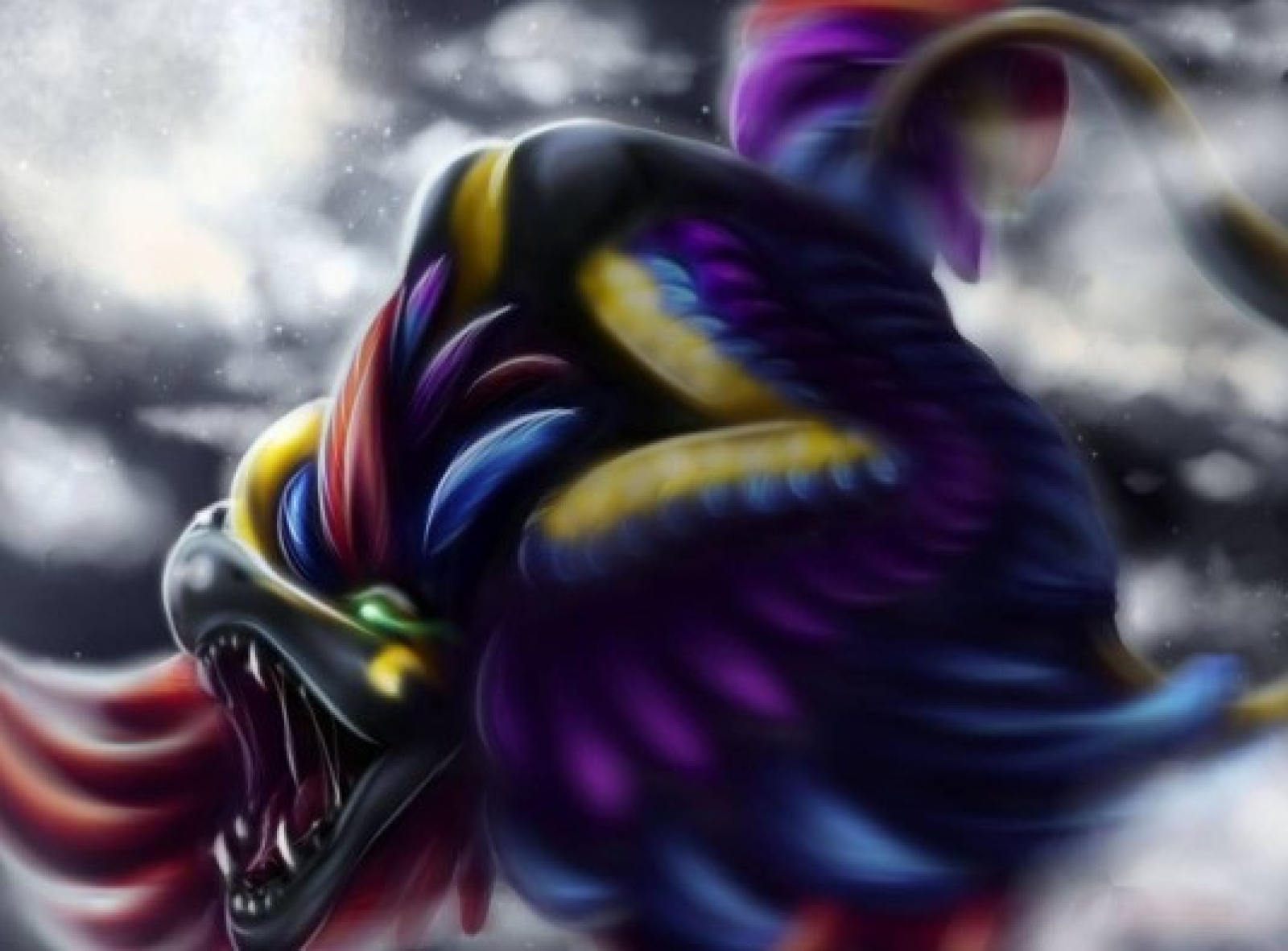 As in birds, there are three types of feathers:

Contour feathers: Tough, but pliable enough to act as a shield against cutting action. These are the feathers sought after by aspiring warriors.   Down feathers: Tend to break apart fairly easily, but still useful as padding, pillows and blankets.   Drake plumes: The rarest, longest and most fragile type of dragon feather. Usually displayed as is, in the homes of the powerful. Attempts to reshape it as with the other type usually result in its destruction.

Most of the dragon corpses from where the feathers are plucked are located in, the fittingly named, Dragonsgrave. However, some do occasionally drift to other parts of the valley.

Plucked from the dead dragon bodies that drift gently from the sky.

Amantecas avail a variety of techniques bend the rachis, stitch two into one and weave inter-between different materials and fabrics to make art, banners and amour.

Any dragon feather collected is sure to be dedicated to the creation of a warrior's feather armour.

Aside from the down feathers which are used for the sames art and common products as regular bird feathers; there is not really a trade in dragon feathers.   Warriors, especially new warriors, who aspire to join any of the military orders that serve the Triple Alignment must acquire a minimum of their own contour dragon feathers that would later be fashioned into shields, guards, or helmets to the specifications of that order.   Drakes, however, are given over to a superior whereby the one who actually found it may or may not be compensated/rewarded.

These materials are normally kept loosely curled in common barrels.

Answering: "Write about the properties of a material which is used for clothing in your world."
Visit hughpierre's Competition Page Check all other answers to this prompt Competition Homepage