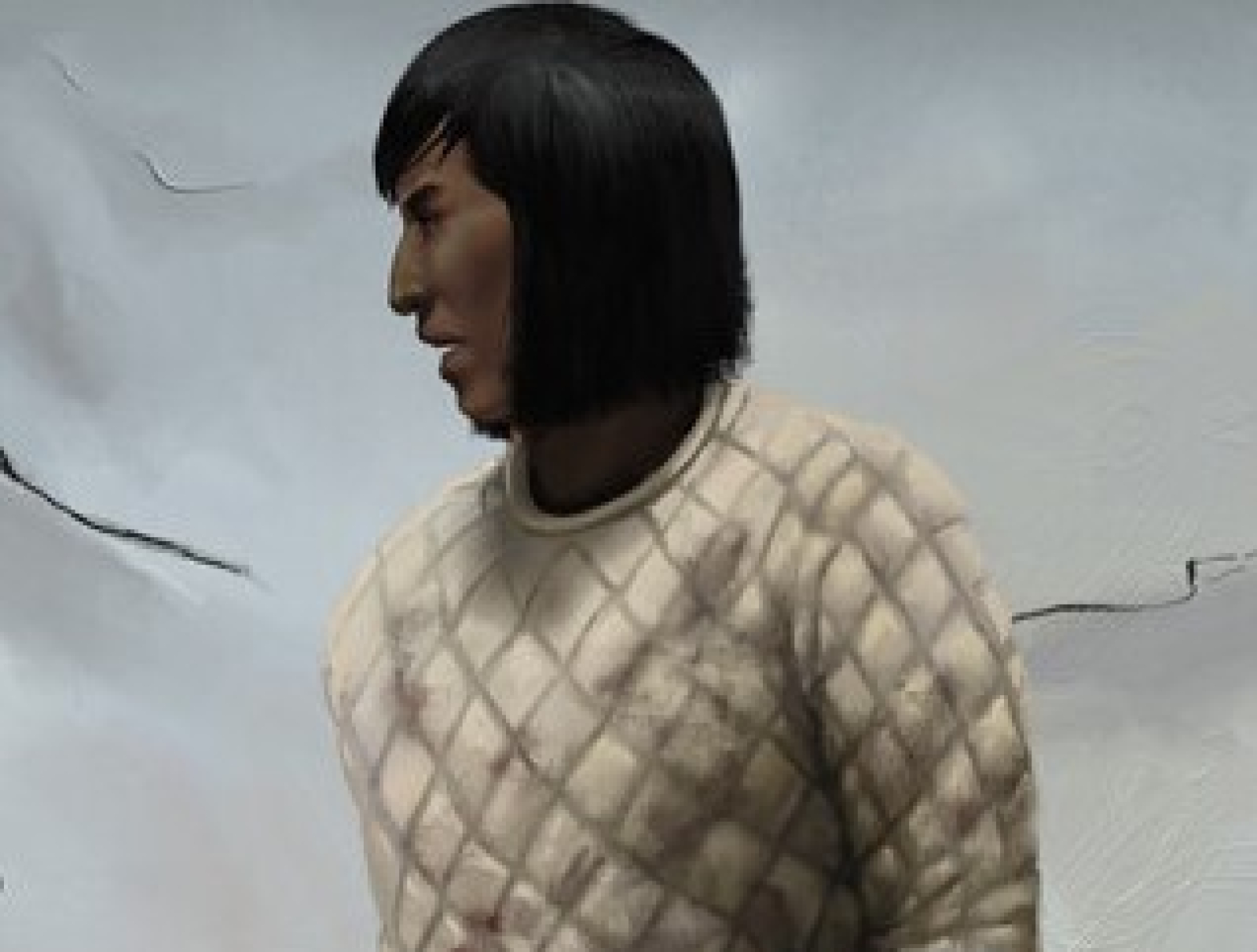 by hughpierre
A common lightweight fabric armour easy to construct from materials resistant to obsidian swords and atlatl darts.

The armour is designed to primarily protect the warrior's torso from obsidian swords, arrows and atlatl darts. The quilted cotton is also soaked in salt water brine and then hung to dry in shade that allows the salt to crystallize inside of it. For salt practitioners, the salt in their suit gives an extra boost in conjunction with their teotl techniques and salt spells.   In addition to protecting against macuahuitl cuts and heavy baton blows, the armour's padding helps to cool the wearer in the common warm and moisture-filled weather.

Ichcahuipilli armour is made of unspun cotton stitched between two layers of cloth.

The ichcahuipilli is made in different designs of which it is the first line of defense.

The most common is styled like a vest that covers the front and behind the torso down to the hips worn directly over the skin. The state offers a light garment sewn with diamond-shaped patterns to the macehualtin class who cannot afford equipment of their own.

For the most noteworthy wearers, the cotton armour is but the first layer in a multi-defensive garb. Usually, the most experienced warriors layer their secondary tlahuiztli suits over their ichcahuipilli for complementary protection. Their armour comes in sleeved variations or other designs that cover most of a warrior's body down to the knees. 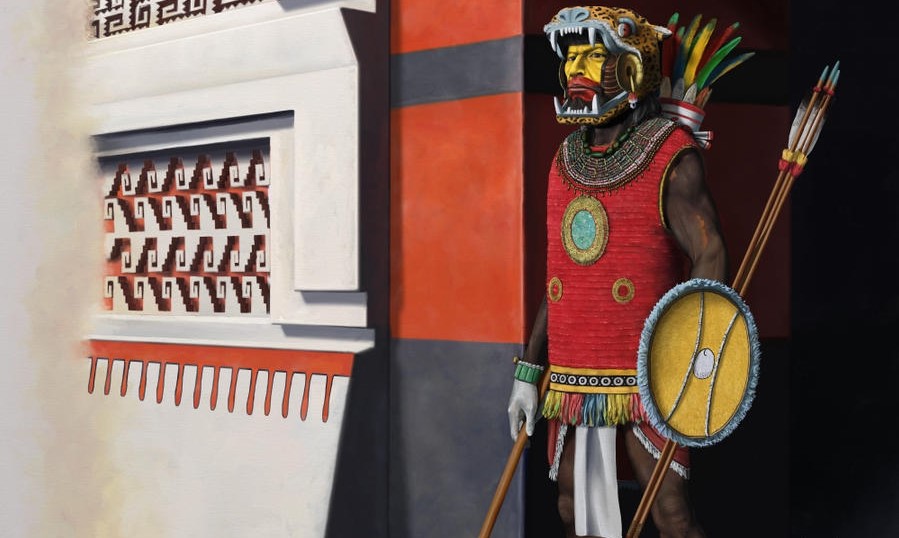 King Eight Deer Jaguar Claw by Pedro Rafael Mena
Fighters of different ranks and societies further increase its effectiveness by instructing feather workers or weaving women to bound dragon feathers over their tlahuiztli as a third layer. Effectively sewing themselves into a suit.   To ensure a tight and secure hold for prolonged marches, these feathers are threaded through the tlahuiztli suit and anchor to the thick ichcahuipilli underneath. But when time to remove the armour becomes a lengthy process and requires several aids to pull out stiches and unwind ties.   To improve upon comfort, some warriors amassed sufficient wealth to line the inside of their costume with silk that prevents chaffing.

Warriors adorn their light armour with beautiful colour designs and patterns. Green, red, yellow and orange are common choices that match shields and weapons. Large groups of similarly colourful men across an open battlefield, makes it difficult for enemy combatants to keep track of costumed individuals.

To lose track of a weapon, even briefly, will make it harder to defend properly. A raised macuahuitl blurs against the headdress and makes it hard to distinguish where one ends and the weapon begins. When it is harder to see the edges of a shield, it might be more difficult to get past it. And it becomes difficult to distinguish, much less count, the enemy when you are surrounded by the bright bouncing feathers belonging to your comrades. Do not leave the group unless you are confident you can win.
— Cuicacui advising fresh recruits in his unit

Remove these ads. Join the Worldbuilders Guild
Triple Alignment
In response to the prompt Write about a uniform in your world: what is it for and what does it represent?