Far to the north of the continent of Ulskandar the Kingdom of Kjörnsholm is a vast area of pine forests and fjords, running from the border with Dazscor and Aramore in the south all the way up to the frozen northern steppes. Founded by Ragstan the Savage in 207 S.E. after a bitter period of fighting between the various northern tribes that had come to settle in the area, Ragstan's dynasty has continued to rule Kjörnsholm ever since, though not without trials.   Kjörnsholm is made up of five provinces and two semi-autonomous regions, Älvasholm and Stäpplandskap, both of which are in the north of the Kingdom, and recognise the ruler of Kjörnsholm as their monarch, but who manage their own internal affairs.   The economy of Kjörnsholm is incredibly dependent on the Thralls, who exist as slaves at the bottom of the society, and who can be owned by any free subject of the Kingdom. The Thrall population vastly outnumbers that of the free Kjörns, which means that fear of rebellion is never far from the minds of Kjörnsholm's rulers, with any signs of dissension being dealt with incredibly harshly.

The Kingdom of Kjörnsholm is an absolute monarchy. The Monarch has control over all aspects of the Kingdom, however they defer the direct rule of the five provinces to the Jarls, who are appointed at the whim of the monarch. The two semi-autonomous regions of the Kingdom, Älvasholm and Stäpplandskap both choose their own Jarls to represent them in the capital, Kjörnsjo. For managing the day to day running of the Kingdom, the monarch has a whole slew of bureaucrats, know as King's or Queen's Assessors, who handle the more mundane aspects of administering the Kingdom.

The huge tracts of pine forests that blanket Kjörnsholm mean that timber is a major export from the Kingdom, and this is complimented by the thriving shipbuilding industry that is focused around the western archipelago province of Västön. Furs from Kjörnsholm are also in high demand, as the arctic weather that dominates the meteorology of the north of the kingdom for most of the year makes it an ideal hunting ground for animals with thick pelts.

Kjörnsholm’s population is made up of a range of species, though the majority of the population, c.40% is comprised of Humans. There is a large Dwarven population, known in the Kingdom as the Dvärg, who together with Halflings form the largest racial majority in the Gesith Class. The semi- autonomous Älvasholm Province has a population almost exclusively made up of Elves, who are rarely found in large numbers outside of Älvasholm. The semi-autonomous and most northerly province, Stäpplandskap has a majority populace made up of Goliaths, who still live under their ancient tribal systems, and only peripherally engage with the politics of Kjörnsholm when they have to.   Kjörnsholm is a deeply hierarchical society, with four distinct classes: Thegns (militaristic landowners), Gesiths (a class of merchants and traders), Fyrd (serfs) and Thralls (slaves).   Thegns are the majority landholders in Kjörnsholm, and often have a large number of Fyrd and Thralls living on their estates. These estates tend to be very much focused around subsistence agriculture, meaning that Thegns tend to have their longhouses away from the major population centres. Thegn families tend to have a very well established lineage, and the majority of the Thegn households are descended from the warrior companions of Ragstan the Savage himself.   Gesiths are the mercantile class of Kjörnsholm, and although they do not tend to own much if any land, they have made their wealth importing and exporting goods into the Kingdom. Unlike the other classes, which are very much mixed in terms of the different species that make them up, the Gesith class is dominated by Dwarfs and Halflings, whose naturally mercantile dispositions make them naturally suited to this section of Kjörnic society.   Fyrd can be very wealthy in their own right, their status does not constrict their wealth, though many are servants to the Thegns, Gesiths and Jarls. The Fyrd tend to make up the majority of city guards and form well armed, trained and disciplined regional units when they are called to war.   Below all of the free classes are the Thralls. They make up nearly 70% of the population of Kjörnsholm, are only allowed to earn a certain amount of money per year, which is heavily taxed, and are barred from owning land or holding titles. In theory they can buy their freedom and become Fyrd, but few manage this as the system is weighted against them. Thralls are slaves in all but name and can be bought and sold as goods. Most free people own at least one Thrall, the larger families can own many hundreds of Thralls. Thralls are often pressed into military service by the Thegns as a poorly equipped rabble, but are often given an incentive of increased likelihood of freedom if they perform particularly well, often pushing them to suicidal and fatal deeds to try and gain freedom.

Kjörnsholm does not maintain a standing army as such, with the only permanent force being the Queen's Huskarls, an elite force of highly trained troops based in the capital Kjörnsjo, and around the person of the Queen. Other than this the only military forces to speak of are small pockets of town guards that patrol and defend the main population centres, but who are not capable of fighting a prolonged military campaign on their own. Sometimes, these town guards are even made up of mercenary soldiers, rather than Kjörns. In times of war, it is the responsibility of the Thegns to mobilise the Fyrd on their land to form semi-trained and disciplined military units, and if times are desperate press the Thrall population into service as a poorly equipped rabble. 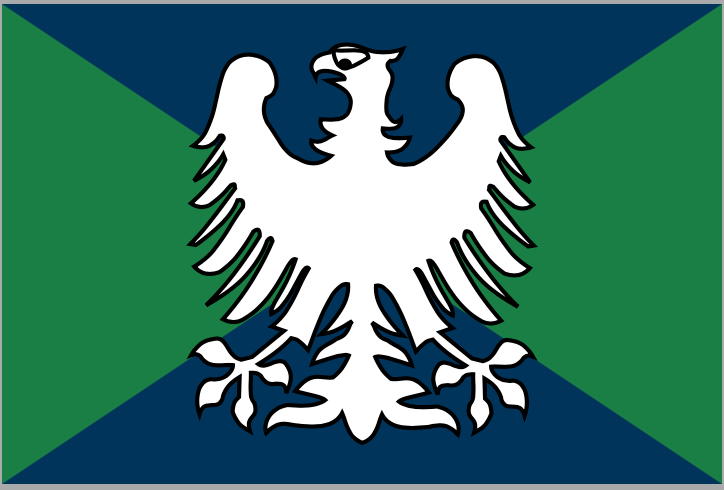