The Kingdom of Dazscor & Aramore dominates the middle north of the continent of Turoza, and is bastion of stability in the region against the fractious factionalism of the Mountain Principalities and the worrying presence of Korinthos to the east. The kingdom spans a large area of rolling hills, deciduous forest and abundant farmland that makes it an agricultural powerhouse in the region, with huge quantities of grain being shipped to its northern neighbours, Kjörnsholm and the Mountain Principalities, and to the nations of the south.     Originally two separate kingdoms, the Kingdom of Dazscor & Aramore was joined in 375 S.E. after  the militaristic city state of Aramore conquered its unprepared, and much richer neighbour, to the north. The last king of Dazscor, Sarper IV was renowned for being an incredible miser, and his compulsive hoarding of the Kingdom’s resources and treasury meant that his already unpopular dynasty had become more and more hated during his reign. The Kingdom of Dazscor, though it had great potential, had been bled dry by Sarper’s relentless taxation, with the economy and trade of Dazscor plummeting rapidly into the black as the Kingdom’s administration and public institutions were neglected. Seeing an opportunity, the Duke of the city-state of Aramore, Nothelm, located just to the south of Dazscor’s border, who had already conquered a large amount of territory around Aramore itself, led his forces north against Sarper. With incredible swiftness, Nothelm’s forces were able to brush aside the poorly trained, ill-equipped troops of Dazscor that stood in their way, and before long, they were laying siege to the gates of Dazscor’s capital itself, Karpella. Seeing the inevitable defeat looming before him, Sarper attempted to flee the city, but was shot in the back by one of his own guardsmen at the docks.    Since Sarper’s death, the Kingdom has been ruled as a single entity by the Aramorian dynasty who have managed to bring about an age of relative harmony and prosperity to the Kingdom. One reason for this newfound stability is that Nothelm I gave freedom to the peasant class of Dazscor, who prior to 375 S.E. had been bound to the land they tilled, and had been chattels of their ruling Lords and Ladies. As a result, the conquering dynasty enjoys an immense amount of popular support, even if there is still a significant group of malcontents amongst the merchants and nobility.

The Kingdom of Dazscor & Aramore is an absolute monarchy, though it is traditional for the monarch to retain a council of nobles, merchants and other well-respected and notable folk, who are consulted on the running of the Kingdom. These meeting are often very democratic in nature, but the monarch still has the final say in proceedings, and can veto any decision that is voted upon. The nobles who make up the council are given responsibility for different areas of the Kingdom’s administration, sometimes based upon their talents, more often based upon the favour they hold in the royal court.

The Kingdom of Dazscor & Aramore is a society that is rooted in agriculture, and following the overthrowing of Sarper IV’s dynasty by the Aramorians, the economy of the Joint Kingdom has boomed. Huge quantities of grain and other foodstuffs are traded north to Kjörnsholm and the Mountain Principalities, and the Kingdom has a significant body of trade moving south to the Republic of Castar and the Sultanate of Fashaddon. The Sultanate and the Kingdom of Dazscor & Aramore have an incredibly close relationship, as large quantities of grain are transported south to the desert nation, in exchange for luxury goods from the south. The capital of the Kingdom of Dazscor & Aramore, Karpella is the biggest trading centre in the north of Turoza.   As well as the vast fields of grain that cultivated in Dazscor & Aramore, there is a thriving viticulture industry in the south of the Kingdom, which produces thousands upon thousands of barrels of wine each year. This wine, although it doesn’t match the quality of the very fine wine from the Republic of Castar, is much cheaper, meaning that most inns and taverns around Turoza will have a good stock of it for sale. The Joint Kingdom also produces a lot of game produce. Almost every settlement in the Kingdom maintains an area of woodland specifically to encourage game animals such as dear, boar and various game birds to live in, to allow for the national pastime of hunting. Everyone in Dazscor & Aramore is able to hunt in these woodlands, provided that they pay for a Crown License. In smaller communities all of the people will club together to buy a single license that they then communally use, passing from one person to the next when they leave on a hunting trip.

Since the abolition of serfdom by Nothelm I, there are in theory only two distinct classes in the kingdom, Nobility and Lay. In practice, money is what defines your status in Dazscor & Aramore, with the majority of the population being farmers and seasonal field workers, a strong middle tier of merchants and craftsmen, and the landowning nobility at the top of the income pile. Some merchants and artisans have, through their own work, legitimate or not, been able to match many of the nobles in terms of wealth, and these individuals are part of a growing pressure group to allow non-titled people into the Council of Nobles. Within the nobility, there is a clear distinction between the noble houses of Aramore, and those of Dazscor. Although officially they hold the same status, with Nothelm I being very careful on his ascension to the throne, to recognise the nobility of Dazscor and not disenfranchise them of too much land to keep them on side, the nobility of Aramore view themselves as superior to their Dazscorian counterparts.   The Kingdom of Dazscor & Aramore is multi species society, with no one sapient species being dominant over the others. Due to the pastoral nature of the economy, there are many Halflings scattered throughout the Kingdom, with many areas being majority Halfling in make-up.

The Joint Kingdom operates a military system whereby all men over the age of 16 to serve in the Kingdom’s army as conscripts for 4 years. Once these men have completed their term of service, they can return to their settlement of origin to follow a trade of their choice, or they can remain in the army as professional soldiers. Conscripts who leave the army after their period of service take part in bi-annual training musters, where they refresh their military training. This means that in times of crisis, the Kingdom is able to call on a large force of conscripts to bolster the main professional army. The professional army in Dazscor & Aramore is numerous in numbers, with troops being posted to garrison the different cities and strategic locations of the Kingdom. Troops who display particular aptitude or bravery can apply for selection to the Royal Guard, based out of Karpella that defends the Royal Household. A large portion of the Kingdom’s army has been posted to the eastern border in recent years, with the threat of Korinthos never too far away from Dazscor & Aramore’s borders. 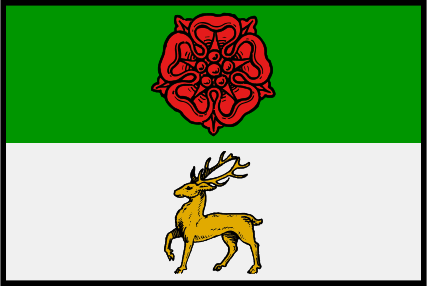