A samurai clan formed largely of oni from Mount Ōe and other forbidden peaks. After Shuten-dōji’s temperament transformed and he forbade the kind of rampage and slaughter that oni traditionally engaged in, many of the race became bored. Thus the trend of the “Civilized Oni” emerged. Mōri Motonari is credited with being among the first oni to become “civilized,” descending from her mountainous home, adopting a Japanese name, and attempting to integrate into Human feudal society.   At first, many such disparate Oni families emerged, particularly in the region of Chūgoku. It took several generations for feudal society and manners to truly take root, but eventually they became a kind of tradition in themselves. A culture of Human mores mixed with Oni mysticism eventually took form, resulting in many unique populations across Central Japan.   At first, the Imperial Court and Shogunate took great offense to these vilified creatures “playing” at being noble families, and many attempts were made to uproot the transgressors. These inevitably failed, however. The legendary Oni strength combined with military tactics and samurai honor proved too potent a recipe. Having no other recourse, the Court simply turned a blind eye to the Civilized Oni clans. Eventually, tolerance rose, and many of them became accepted as true noble families recognized by the government, including the Mōri and Amago.   While she was not the first or the eldest of the oni to embrace civilization, Mōri Motonari was almost solely responsible in bringing together each disparate family into a cohesive clan. This undertaking occurred at roughly the same time as the rise of the Oda and Tokugawa, with the Mōri Clan’s power expanding explosively under Motonari’s pragmatic and intelligent command. Many Civilized Oni viewed the wars breaking out across Japan as a threat to the holdings and estates they had only so recently (in oni terms) acquired. The Mōri Clan offered a solution to this; a temporary alliance to consolidate power that became more and more permanent as the decades rolled by.   In the present day, Motonari makes no secret of her plans to conquer the entire country and unite it under the Mōri flag. Her reasons for this are many, but she cannot be said to be lacking in ambition or ability. Now a grandmother, she is known to care deeply for her family, and has proclaimed her hope of bringing peace to the country before the end of her life, so that her legacy has something greater to inherit. The most direct route to this end, and the one favored by the pragmatic Motonari, is to bring about union by force.   Many other powerful clans still stand in the way of her goal, however, not least the insidious Hashinara Clan. Relations between these two giants have improved recently, but it’s openly agreed that neither clan will back down from the national stage. A full-scale war between the two largest clans in Japan seems inevitable at this point, but Motonari, ever practical, is likely to explore every possible option before provoking such a dangerous opponent. 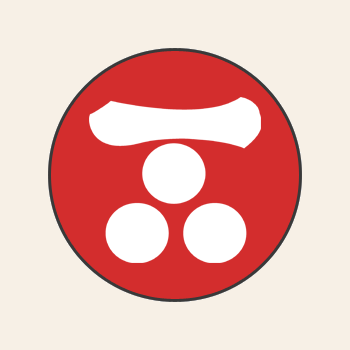