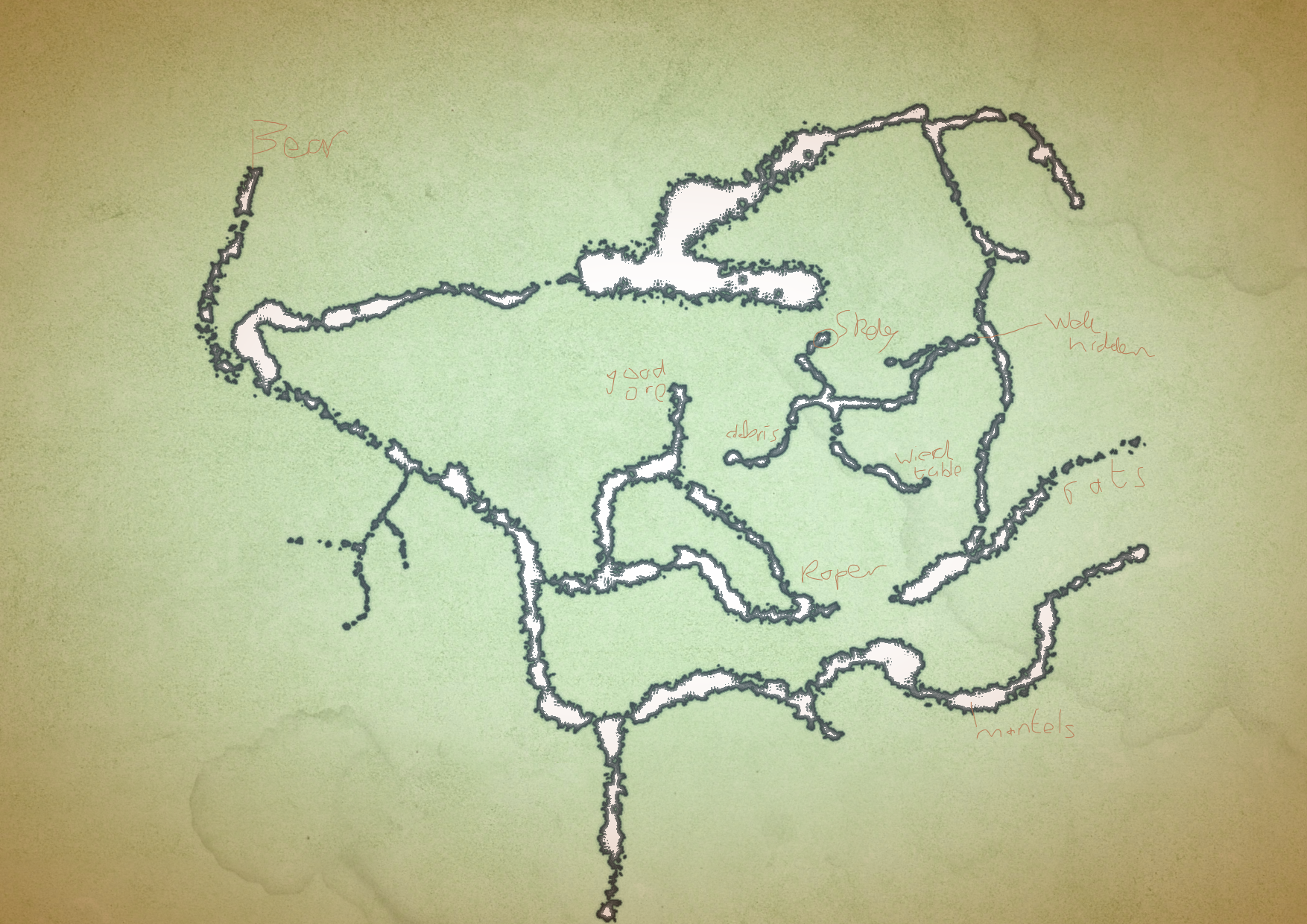 Map of a dwarven mine

Map ofa dwarven mine by Tanai Cuinsear
Map of a dwarven mine, found amongst the bones and rusted armour of a fallen dwarf. Unfortunately there wasn't anything about where the mine is.   Drawn in Wonderdraft

Magefire Crater is a legacy of the War of Ascension when the town of Periwell was struck by flaming rocks called down from the sky.
Magefire Crater
Open full size
A settlement which has grown up around a large depression in the ground. To the west a few stones and the occasional broken wall show where a town used to be. The area is now known for it's sunflowers and is popular amongst novice treasure seakers.   Created in Flowscape

Map of a cave where the Assistants to the Elevation were holding several captured dwarven scouts. The map was created in Talespire. The central chamber is good for causing problems for a party as the multiple ways in make it difficult to avoid getting surrounded. 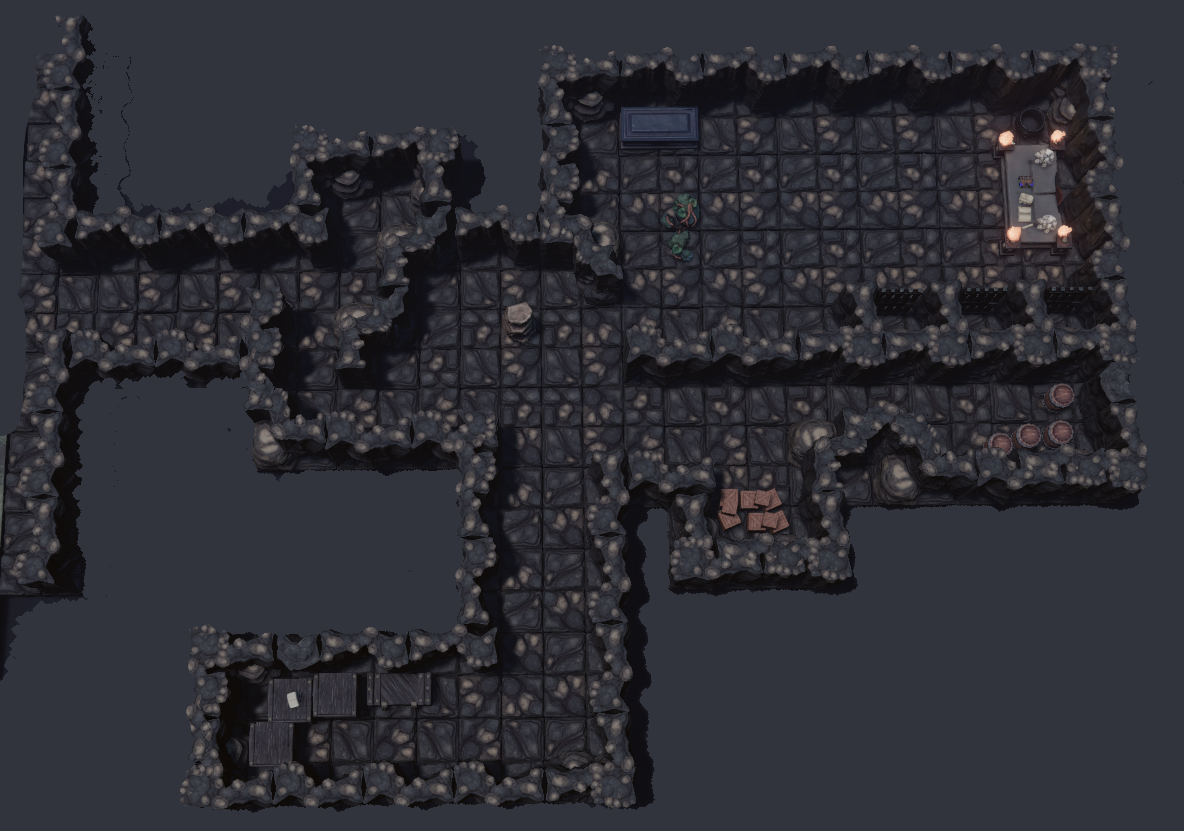 Captured scouts by Tanai Cuinsear
Map of a cave in the barrier mountains where the Assistants were holding some dwarves captive.
Created in Talespire. 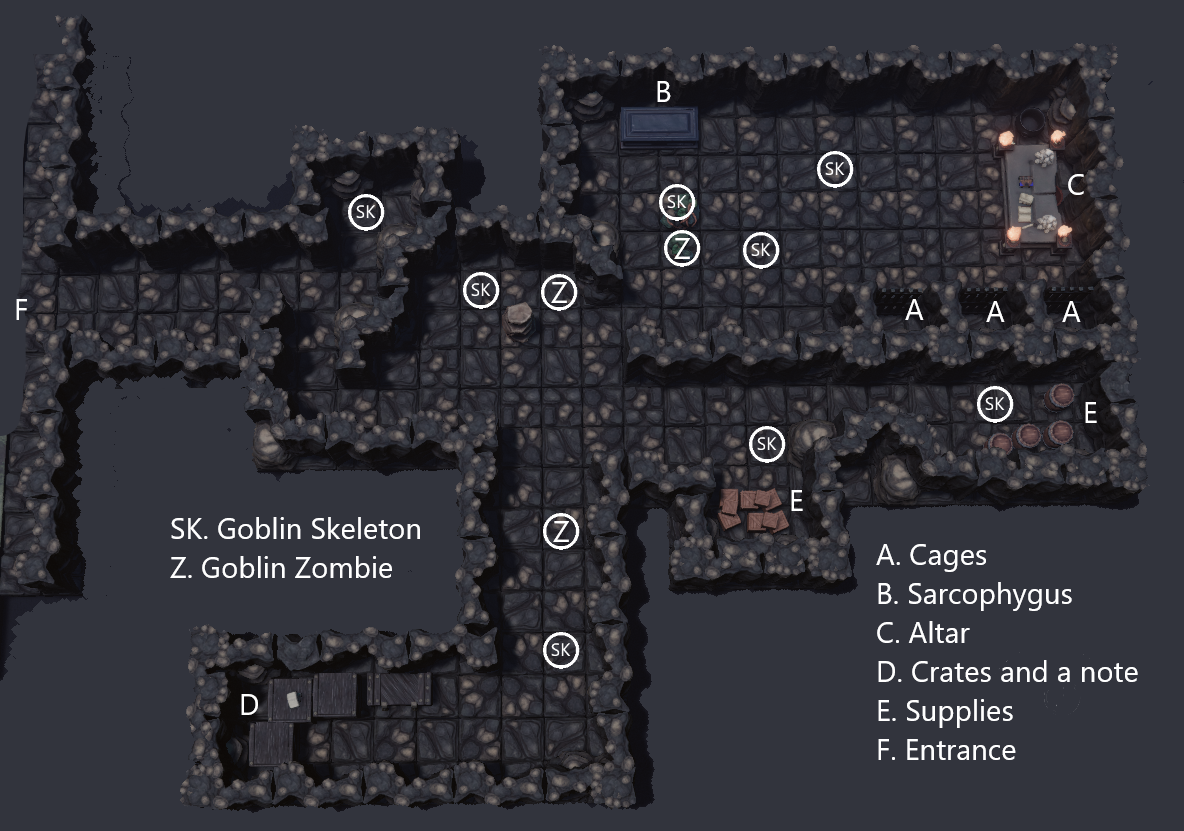 Captured Scouts by Tanai Cuinsear
Map of a cave in the barrier mountains where the Assistants were holding some dwarves captive. Locations of enemies and items marked.
Created in Talespire.

Most of the maps were drawn in Wonderdraft, with one created in Flowscape, another being based on a layout created for Tabletop Simulator, and one from Talespire.