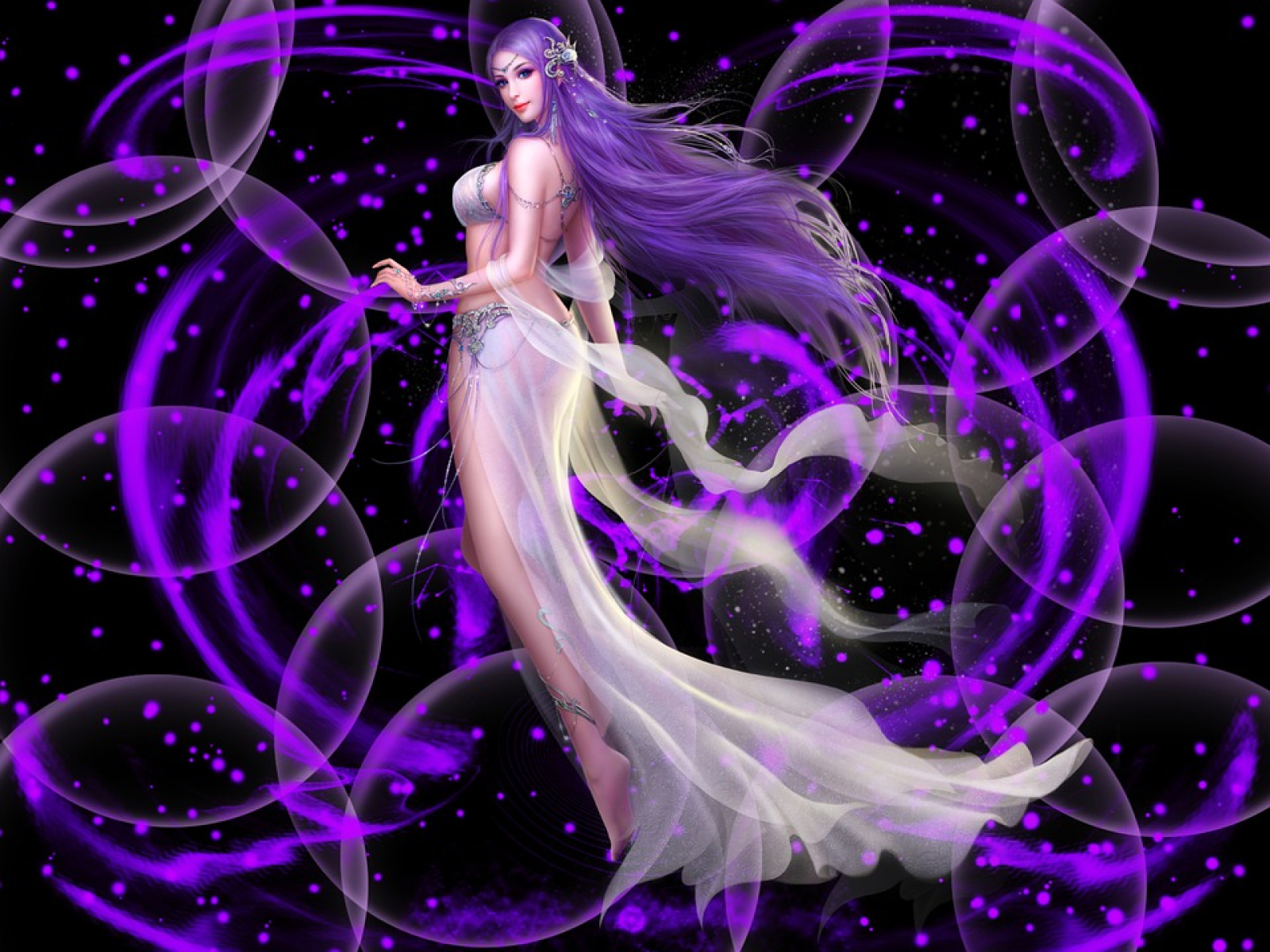 The lost culture of the star elves is still venerated today

Admiral Belryn was an Alfar of rare star elven lineage. His skin was so fair it showed purplish highlights, his hair was silver-white, and his eyes were golden with mithril-silver speckles. Even Madrimilian, whose interest in men was mostly indifferent, had to admit that he was radiantly attractive. Likely it indicated royal ancestry from the days of the true Avalonian Empire, before the Succession Wars had turned it into a hollow shell with only the Navy to bind its far-flung nations together.
— Brothers in Arms by Diane Morrison

The Rua'alfar, or star elves, are the remnants of the royal families of the old Avalonian Empire. During the height of the Empire's power, they occupied all significant positions of power and authority. Intermarriage that was limited strictly within the royal houses solidified a certain set of physical traits that made them easy to recognize.   To this day, their descendants often carry those same traits: pale, ivory or alabaster skin with a purplish undertone; white, silver-white, silver, platinum blonde or purple hair of various shades; and purple, silver, or very rarely, golden eyes with mithril-silver flecks. Albinos are more common in this ethnic group than any other group of Elves so occasionally their eyes are also pink or red. They are often taller than other elves as well.

Lady Goldenbough came over to stand beside Lady Sunfall. She greeted Yathar’s mother pleasantly, and they chatted about schooling for the coming year. Narissa had always envied the beauty of the two women. Star elves had a purplish cast to their otherwise moon-pale skin, violet or pink eyes with mithril sparkles, and pale hair that ranged from platinum to silver to white. Yathar’s mother’s eyes were pink, and her hair was as white as her skin. She looked to Narissa as if she’d been sculpted of alabaster.
— A Few Good Elves by Diane Morrison 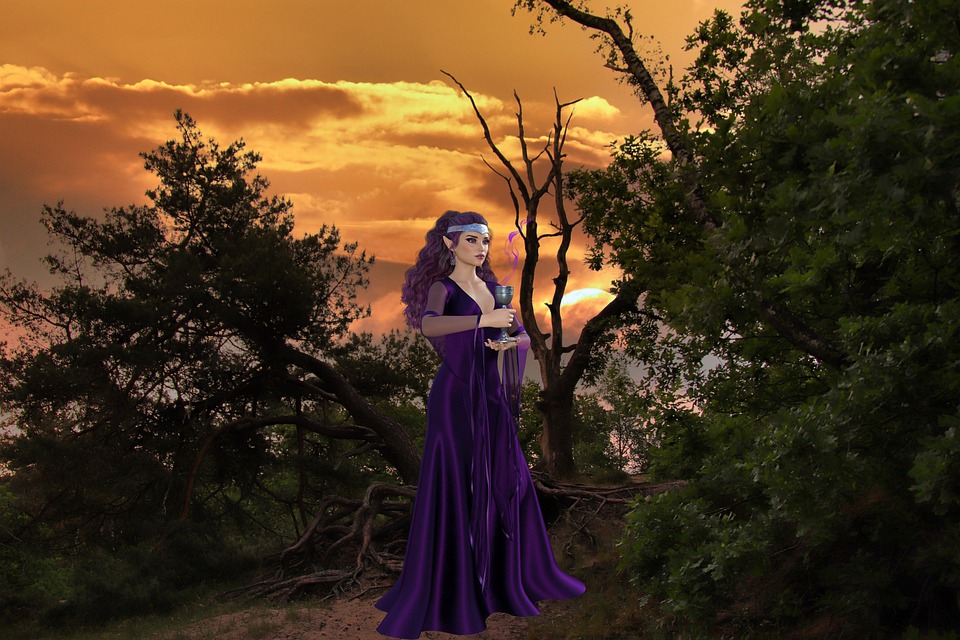 Star Elf at Sunset Ritual by J Coope
During the Succession Wars , the supremacy of the Rua'alfar was challenged by the other groups of elves. First, they were usurped by the Alfar, leading to intermarriage among the two ethnicities to legitimize the sun elven claim to the Celestial Throne . Then both were usurped by the Sluagh. At that point, chaos erupted, as most of the elves decided they were tired of being ruled by a class of elves they could never join. The Empire fragmented, and while most of the Avalonian Empire later reunited, they never again achieved their previous stranglehold on power in Known Space.   In modern times, the Rua'alfar are occasionally born to other ethnic groups of elves, particularly Alfar families, but unbroken lines of star elves are extremely rare.   Still, the influence of the star elves remains. Much of the culture of the Avalonian Empire, particularly its art and societal ethics and philosophy, remain a dominant force. Much of the remnant of the Empire laments the lost days of elven glory, and try to recapture whatever they can of Rua'alfar culture.

Most elven names can be used by either gender, as not a lot of thought is given to gender divisions in elven culture.   Examples: Thernynin, Nyminis, Welvinavin, Mikarnaanis, Thoasre

Rua'alfar family names, like most elven names, reflect elements of nature, but also the trappings of status and royalty. They also had a particular love of names related to celestial phenomena.   Examples: Highrosewood, Dawnhart, Evenshine, Winterthorn, Hawksong, Starblessed

Many elven cultures, including the Rua'alfar, have a tradition of parents and other family elders giving children affectionate nicknames that are only used in the confines of the family. They hold the same kind of affection in a diminutive that such human nicknames as pumpkin, princess, melon or munchie do.   Examples: Rualith "little star," Ruasali "honeystar," Lafalu "moondrop."

Randomly generate your own Rua'alfar names at the link above!

The art, literature, fashion, music, architecture, and magic of the star elves remains highly prized among most elven cultures, save the Nunnehi, who consciously reject emulating the Ancient Imperium -- but even they cannot ignore these cultural influences.

The magic of the Rua'alfar was said to be beyond the scale of what modern elves can hope to accomplish, and evidence of this remains in a few powerful enchantments that require the mutual effort of many powerful elven mages working in concert. Vast webs of permanent enchantments remain in parts of existing elven cities, and in abandoned ruins, doing such things as turning the lights on and off at given times, cleaning the streets automatically, imbuing all elven-forged weapons within their range with magical energy, putting out any fires that get out of control, or forbidding certain types of creatures from entering areas that may be several miles across.

Lyenna was a star elf, so her silvery hair and amber eyes, with her fair porcelain skin, was exactly what Shaundar pictured when he thought of the Lady of Stars. She was draped in gossamer robes that did nothing to hide her shapely silhouette, and crowned with a mithril horned crescent moon circlet.
— A Few Good Elves by Diane Morrison 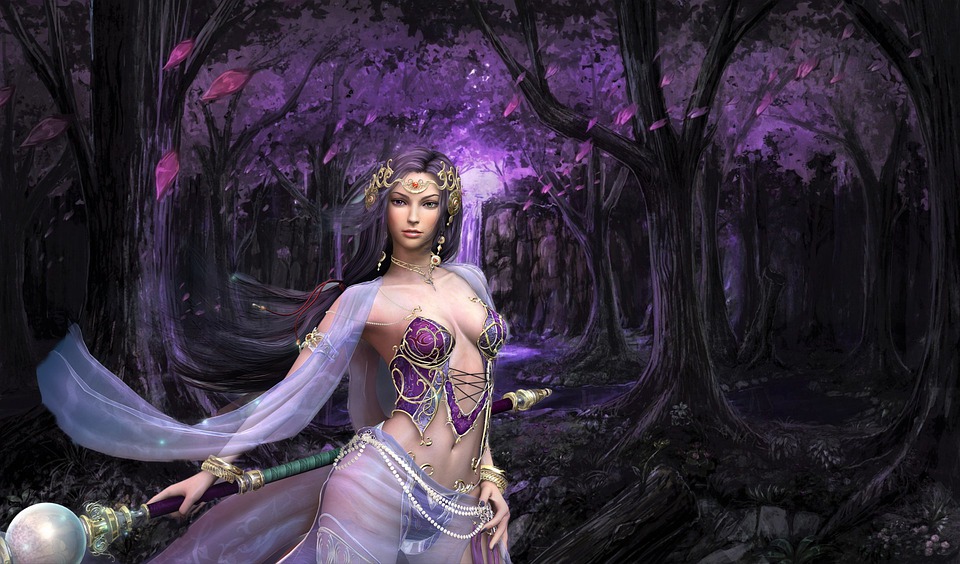 
Shaundar liked the look of the star elf who stepped onto his deck even less than he’d liked the look of Lady Starwind. He affected the scholarly robes that some mages who thought overmuch of their academic capabilities seemed fond of, for one thing. And they were, Shaundar was certain, tailored to fit from woven spider-silk, and fashioned into a rich, double-layered counterweave that showed faint highlights of hidden glyphs when viewed at particular angles. He wore enough rings to form his own cestus, except he seemed far too frail for combat, and Shaundar knew those sorts of rings tended to contain permanent enchantments. He even carried an elaborate staff that was carved of rare weirwood, and inlaid with gems and gold leaf, capped by a ruby that was as big as a goblin’s fist. His body crackled with so much magic that Shaundar could almost smell it, like the scent of ozone before a lightning strike.   “I am Lord Selnaris Khi’Marinae, or Highrosewood in the vernacular,” he announced in that distinctive accent of Seelie Court privilege Shaundar knew so well.
— Brothers in Arms by Diane Morrison

Rua'alfar clothing, which is still emulated by the higher classes of the Avalonians, is made of flowing, comfortable fabrics, usually of high quality. Their jewelry is finely-crafted and usually delicate or lacy in appearance, chosen for colours that flatter their natural complexions. They often wear shirts, blouses, or dresses with deep-plunging necklines, as the custom was once that one should show their heart as being open. Since they tend to long, graceful builds, they prefer chokers to draping necklaces, and either tight-fitting trousers or skirts and dresses with slits down the sides, both because they display their forms well, but also for practical reasons.   Because star elves are often extremely talented at the magical arts, it is not uncommon for them to display symbols of that magical talent; either by incorporating magical runes and glyphs into their clothing or accessories, or by carrying or wearing magical items as part of their personal look.   These elements are still highly respected and sought after in elven fashion, to the point that many with the money to do so will pay to have such enchantments woven into their own clothing, even if they lack the talent to create such things themselves.

All at once the mist cleared, and a beautiful gleaming city on the edge of a harbour appeared. It sparkled with delicate towers and glittering gemstone streets. Shaundar blinked against its brilliance.
— A Few Good Elves by Diane Morrison 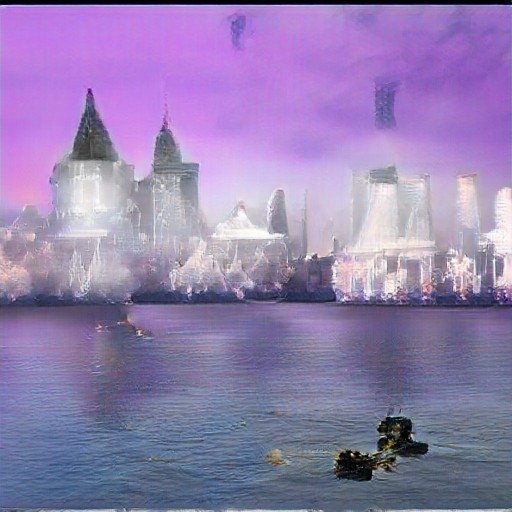 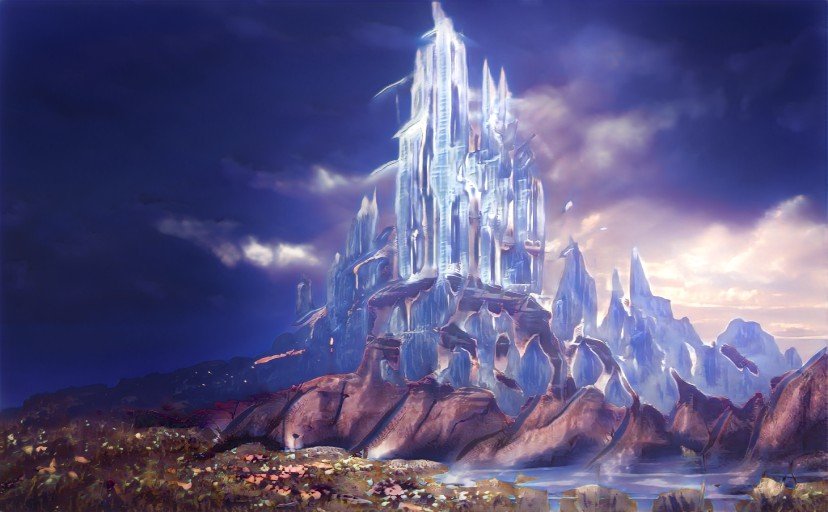 The Crystal Palace by Artbreeder


The spectacular crystalline architecture of the star elves is still a treasured fixture in many elven cities, including Glimmerfell, Symmerin University, and Sol'Tohvassneris.


Tidied and neat, they took a coach to the centre of elven power in the Telasia System: The Crystal Palace.   According to Shaundar’s grandmother, the palace rivalled the splendour of the Ancient Kingdoms of the broken Avalonian Empire. The palace grounds alone were a marvel of engineering, with small parks and groves, lakes, hedge mazes, gardens, and statues of ancient heroes and deities.   The palace itself was a soaring multi-level structure of towers, buttresses, keeps, cupolas, landing platforms, and domes. The entire structure was carved – or perhaps grown – of pure quartz crystal, and had been shaped over thousands of years.
— A Few Good Elves by Diane Morrison

The art of growing fantastic crystal structures is one that has been lost to the elven people. This was pioneered and perfected by the star elves during the height of their power. Modern elven construction often tries to emulate this lost art, either with airy sculpture, or with repurposing existing crystalline structures.

Nobles of the Avalonian Empire were known as "the Seelie Court." In the height of the Empire's power, they were known to undertake "Faerie Rides" at Oroaias "Flowering of Love" and Selaro to surveille their domain. Nobles and royals of the Court sometimes treated their subjects capriciously, and although this is ancient history to shorter-lived species, the legend of these encounters remains.   Sluagh, when they came to power, styled themselves "the Unseelie Court," and undertook their Faerie Rides at Radhen and Aeramai "Song of the Dead" instead, to enforce their rule with a direct, often more bloody, hand. The legends of those encounters remain as well. 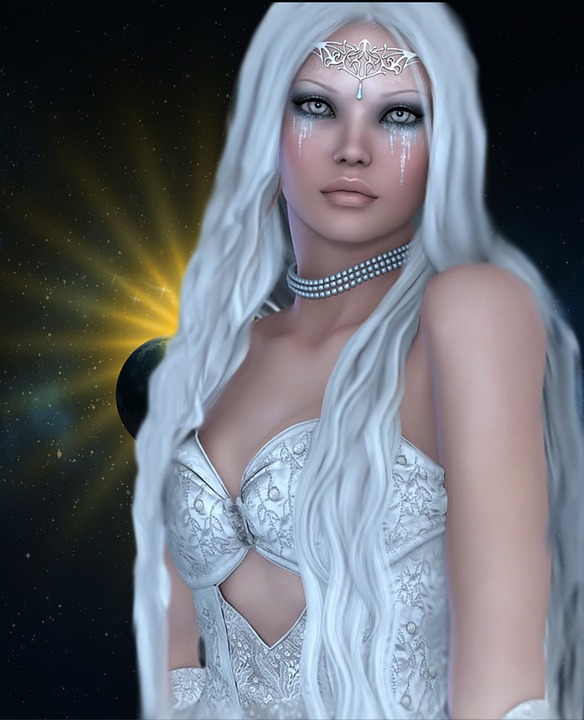 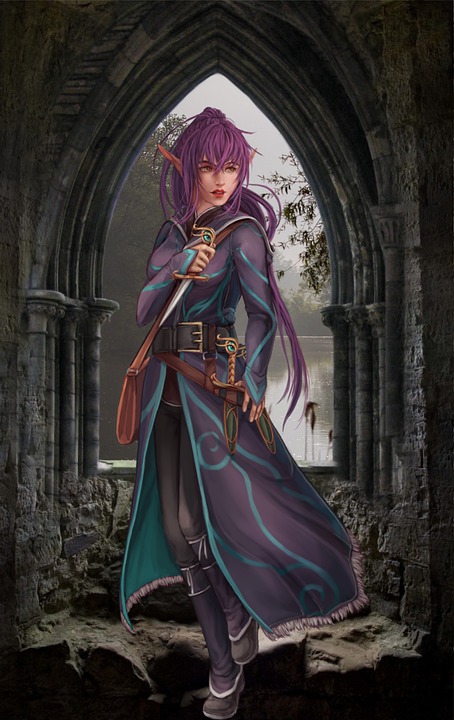 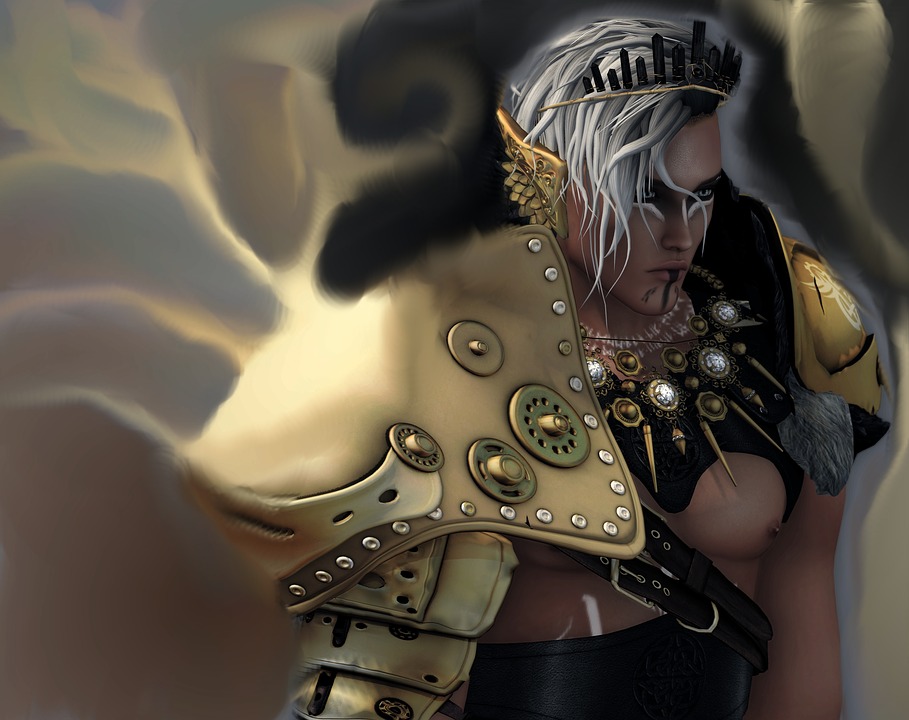 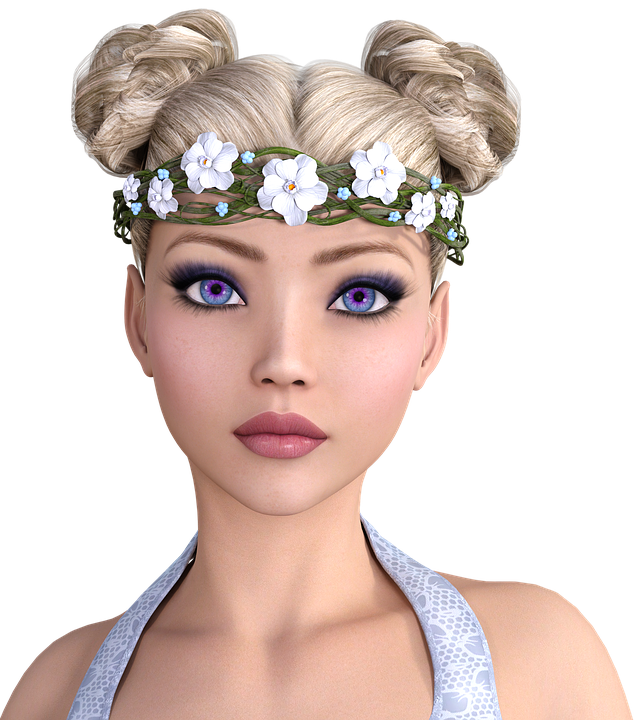 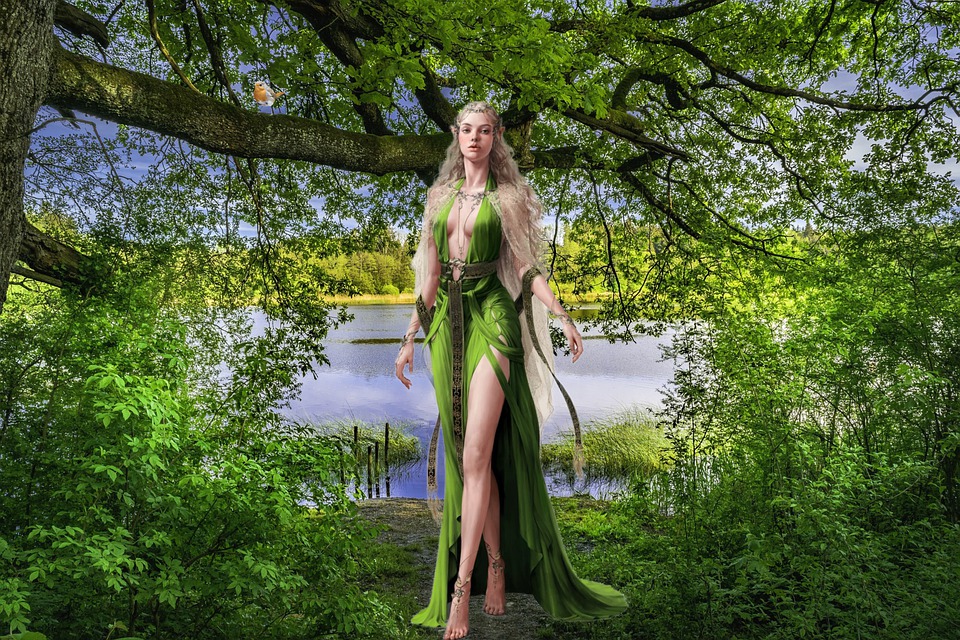 When he replaced the tankard on the table, his eyes were drawn from the mug’s bottom to a pale, sinewy form moving through the entrance to the mess. It was a star elf. Yathar was stunned by his beauty. He was tall and his hair was as silvery as his fair skin. His irises were like glittering gold coins. Yathar didn’t recognize him, but he was walking in tandem with Captain Madrimlian and he was wearing several mithril crescents at his collar. Better get those sorts of thoughts out of your head then, marine. “Admiral on deck!” he bellowed, and stood to salute in the orcish fashion. Lana, startled, followed suit; as did everyone else in the mess.
— Brothers in Arms by Diane Morrison 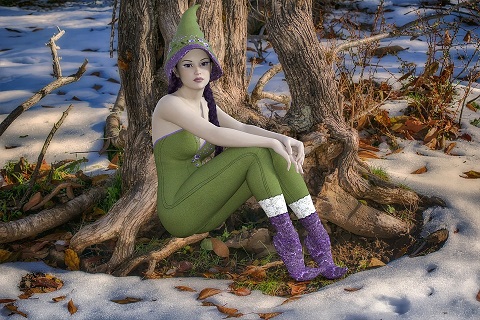 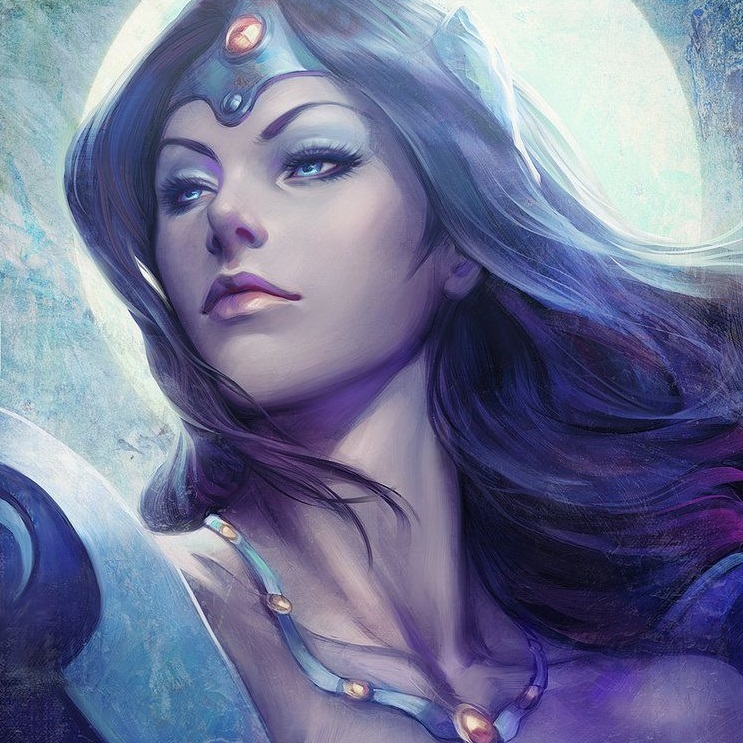 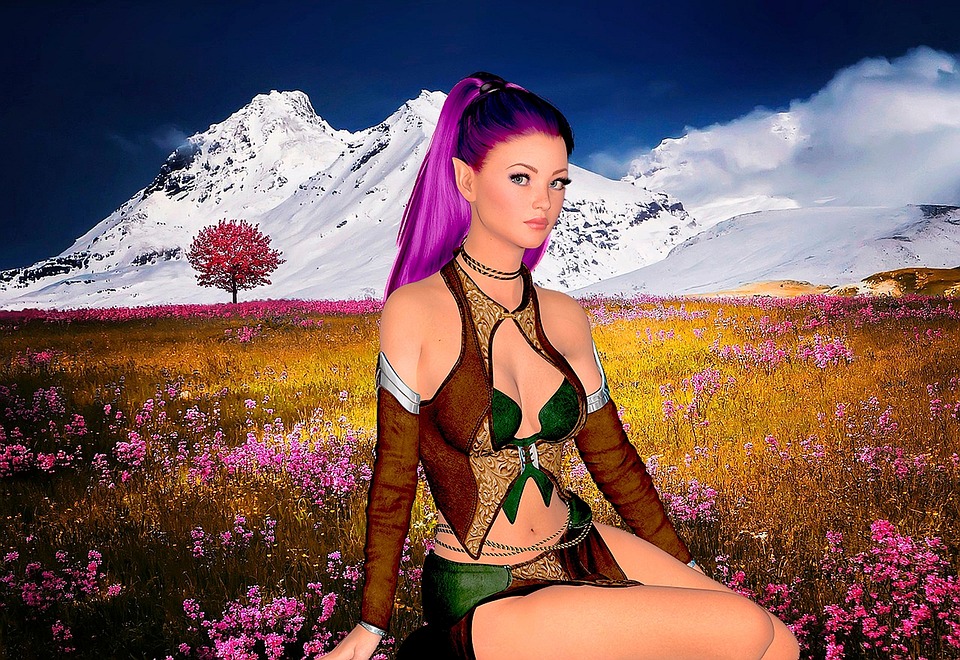 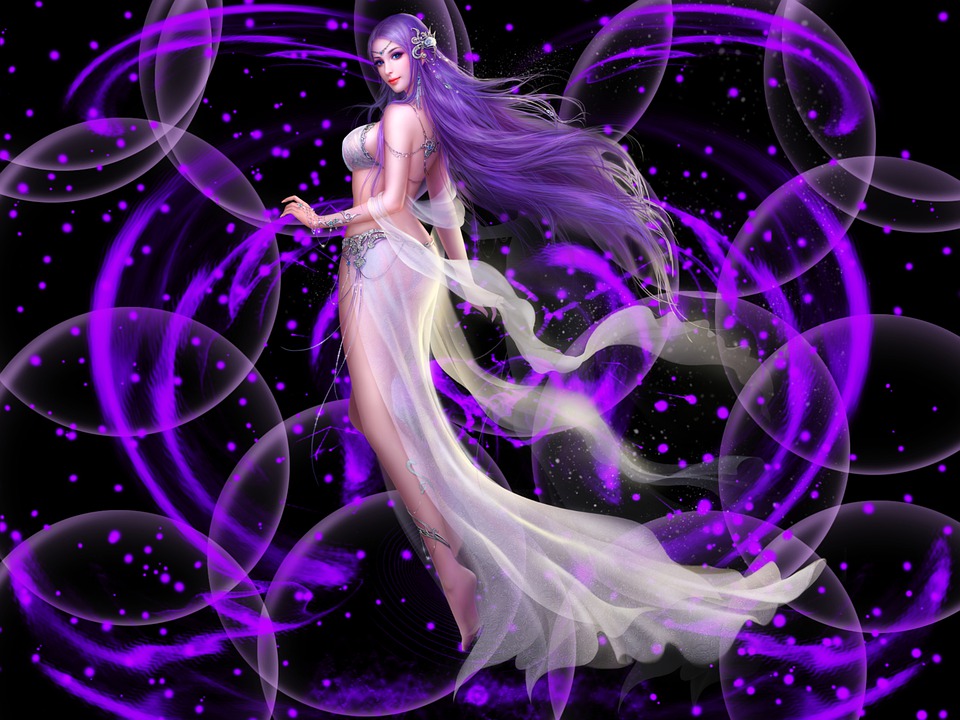 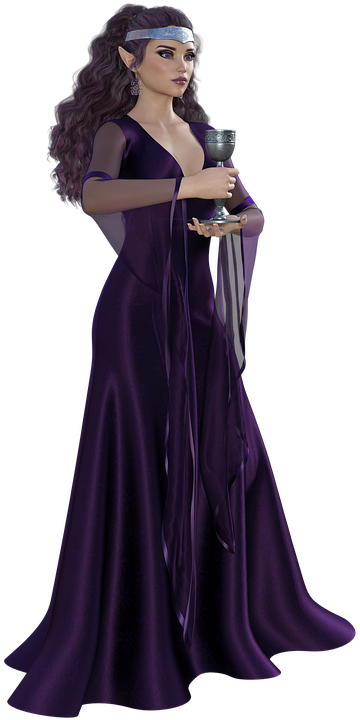 Elves are a humanoid sentient species who have spread throughout much of Known Space.

Descending mostly from the ancient nobility of elvenkind, Alfar still tend to hold many of the positions of power within elven nations.

The Sidhe, commonly known as moon elves, are all about freedom of expression.

The Nunnehi, colloquially known as the wood elves, are the most nature-loving and nature bound of all the elven ethnic groups.

Sylphs are a type of Elf with wings. This separates them considerably from many of the other elven ethnic groups.

Answering: "an ethnicity whose cultural exports are highly sought after"
Visit SableAradia's Competition Page Check all other answers to this prompt Competition Homepage

~ Thank you for your support! ~
If you couldn't tell by the elves, orcs, and magic flying sailing ships in space, this is a work of fiction. Any resemblance to people or locations, living or historical, is purely coincidental, with the exception of Alberdingk Onestone, who may actually be an alternate dimension's version of a famous scientist, only as a gnome.
The Toy Soldier Saga is copyright (c) 1995 by Diane Morrison. All rights reserved.
Cover image: Star Elf by J Coope
Article template
Ethnicity
World
Toy Soldier Saga
Author
SableAradia
Publication Date
10 Jul, 2021
Creation Date
23 Apr, 2020
Last Update Date
23 Jan, 2022
Visibility
Public
Views
138
Favorites
9
Comments
0
Work In Progress
Tags
Rua&039;alfar Ruaalfar star elves elf