The Church of the Arcane Petrological, or "The Cult" (as it's casually referred to by those who know about it), is the most mysterious organization in the Vallandian criminal underworld. Exceptionally little is known about the Cult, only that it is the number one most reliable source of hidden information. People from across the crime world searching for information will strike up a deal with V, the ambiguous cult leader and only known member, that deal often locking them in servitude to the Cult.

The leader of the cult, simply known as V, is both the only known member as well as the only known leader. Officially, his title is the High Priest. Despite the extreme lack of information about the inner workings of the cult, it's theorized by several witnesses that there exists lesser sect leaders of separate groups within the cult. The identities of these sect leaders remains unknown.

Anyone inducted into the Cult has never returned; the new members are there to stay. For this reason, it can be inferred that the culture of the Cult is extremely sheltered from the outside world, only interacting with other cultists.

Through certain deals and bargains made by V with other contacts in the criminal underworld, many believe that the cult, or at least the leader, aims to uncover the hidden secrets of powerful organizations. Whether he aims to topple or overthrow these organizations is unknown. Many have noted that V's most common target for information is the Protectors. In the last year, V has acquired much more information on the Vallandian government after the Great Blackout and the subsequent infernal chaos.

To a select few, V has revealed that he started the church as a means of spreading the truth of the universe, specifically regarding a Protectors conspiracy. He posits that he was once a Protector as well, before uncovering their hidden plot for universal domination, at which point the Elite Protectors attacked, apprehended, and killed V before reviving him and wiping his memory.

In addition to the lacking information on the inner workings of the cult, a little bit is known about their beliefs. V claims to be a former Protector, known to denounce their supposed lies and power madness. According to V, the Protectors are secretly a power-mad organization, and only the Elite Protectors are in on the secret.   This big secret, apparently in the process of being uncovered by V, is that seven singularities of creation were created during the Great Partition. The seven singularities manifest in the form of magical gems, and hold immense arcane power over the universe unlike any other magical item. Each singularity holds power over a certain force of the universe, those being power, change, life, the sea, time, love, and weather. The summation of the singularities effectively grants the user omnipotence, making the singularities the most powerful items in the universe. V believes that the Protectors are currently searching for these singularities, and if they should find them, would become the oppressive, omnipotent rulers of the universe.

The founder and leader of the Cult, known by his criminal confidants as V, is the only known leader, officially known as the High Priest. Several witness of other unidentified cult members claim that there are lesser sect leaders of subgroups within the Cult, each represented by one of seven different colors. This has been confirmed to the Black Dawn by Aurelia Nailo, who revealed herself to be the current Deacon of the Sect of Power, as signified by her red robes. 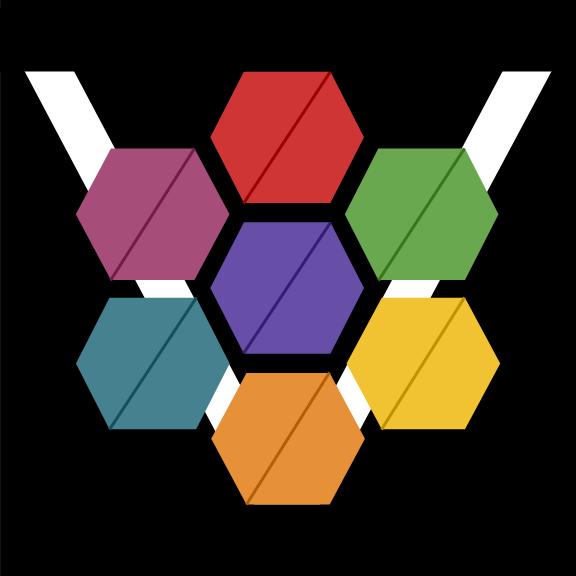 40
Relationship kept under wraps, Isabella Cromoni and V have only been rumored to be in cohorts.

Each sect of the Cult, the most powerful and revered of which depicted towards the middle.