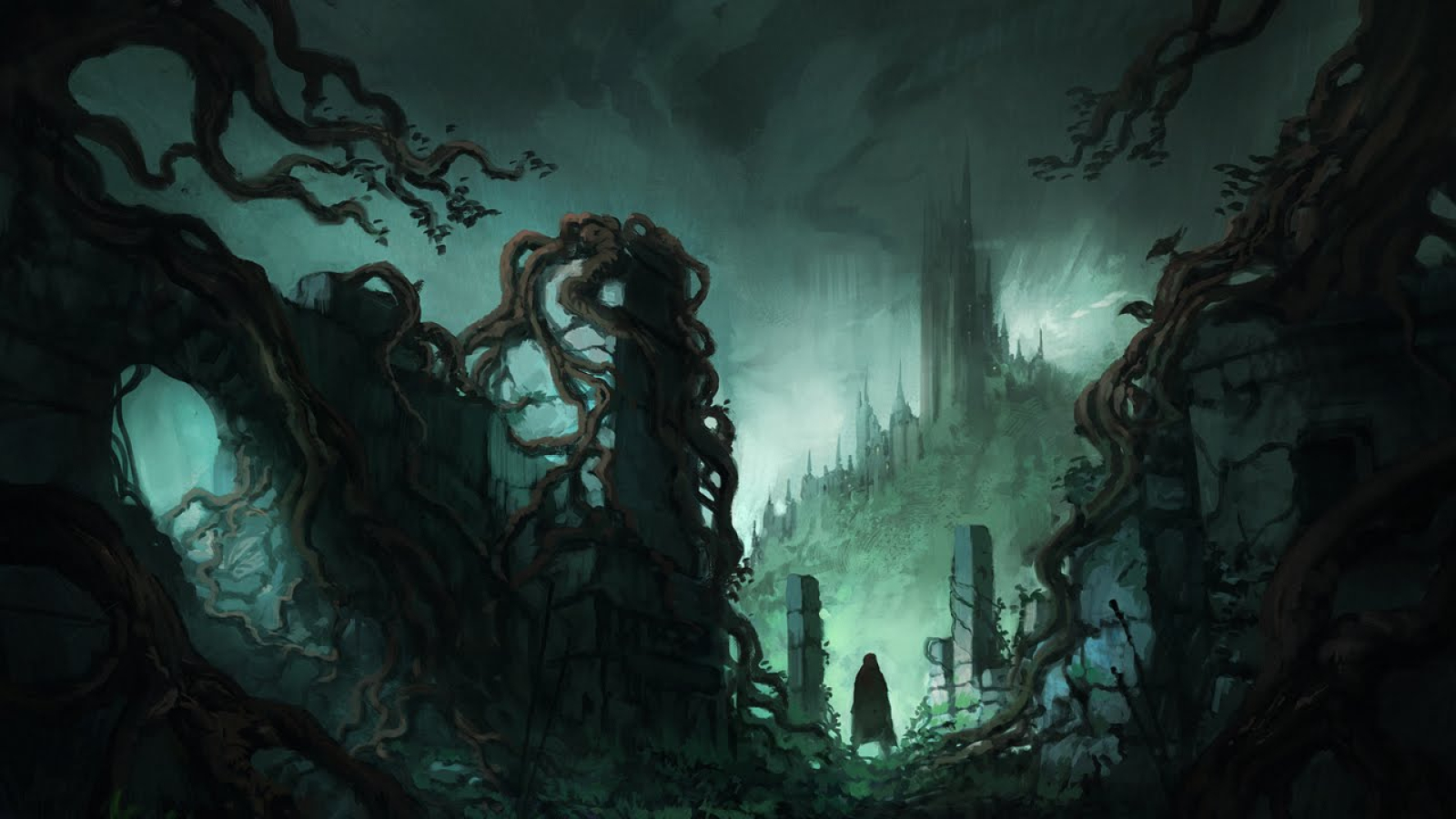 Darkness? Darkness? I fear no Darkness, for in the beginning there was darkness and in the end, there will be darkness, so why fear from the inevitable?

Although the void is large, it still has it’s boundaries. Where it ends is called the Darkness, or the Primordial Dark. This infinite expense of nothingness has an evil mind of its own, it is the place where daemons come from and it is endlessly sending its minions after the Lucids to destroy them and their creations. The Darkness is the only thing that can kill a lucid so many of the gifted fear it. Some Lucids think it is their duty to fight the Primordial Dark and risk life and limb to protect their worlds against it.

Drifting in the darkness are ancient worlds swallowed by the primordial dark in eons past. Over the centuries these places have become twisted realms of madness and death, infested with deamons and warped creatures. A recent example of such a thing is Araborea which fell into darkness in 1007. Deeper in the darkness are even more horrible places, foreboding chunks of rock drift in the eternal night as blue-black fires flicker on their surface and the screams of tortured souls echo in the unending blackness.

Expeditions into the darkness are rare. Such a feat can only be achieved by The World Federation of Quantan, and only through the Evernight Exploration Unit (EEU), a specially trained group of explorers that know how to get in and out of the Primordial Dark alive. Their Ships are strange Auton steel capsules which are almost 50% life support systems. The darkness takes its toll on the explorers too, after a few years of work most begin to descend into madness and develop horrible flesh warps, but hey, it pays well...

The idea of what the Darkness is is quite hard to fathom. Parts of it are 3-dimensional spaces with laws of physics similar to those of The Void, but it deeper darker places the very fabric of reality tears away. Space, time, gravity, and matter all become meaningless. Existence manifests in extremely strange fashions, geometric rocks with impossible angles drift inside hollowed-out versions of themselves that float in yet larger versions of themselves, and so on and so forth until the things get so large that they become tiny once more, fragments of memories manifested in children toy that lie strewn about an endless complex of grey colorless rooms. This final frontier of reality is known as Arbeqet.

The inner darkness is home to many odd plants and animals. These lifeforms make the inhabitants of the Hell Worlds and are fed off of by the deamons that infest the place. The deeper into the darkness one looks the more hostile the environment becomes the less common life becomes until even the most adapted fungi fail to survive, for life is the greatest creation of The Void no matter what form it takes.

The true wealth the lies in the darkness is the knowledge of life's origins and how insignificant it is. The World Federation of Quantan is blind to this fact however, they seek only auton steel and other minerals unique to the eternal night. In the unending unpredictability of Arbeqet lies unseen pattern that shows a great unreadable prophecy that tells of everything that happened and everything that will ever happen until the end of time.