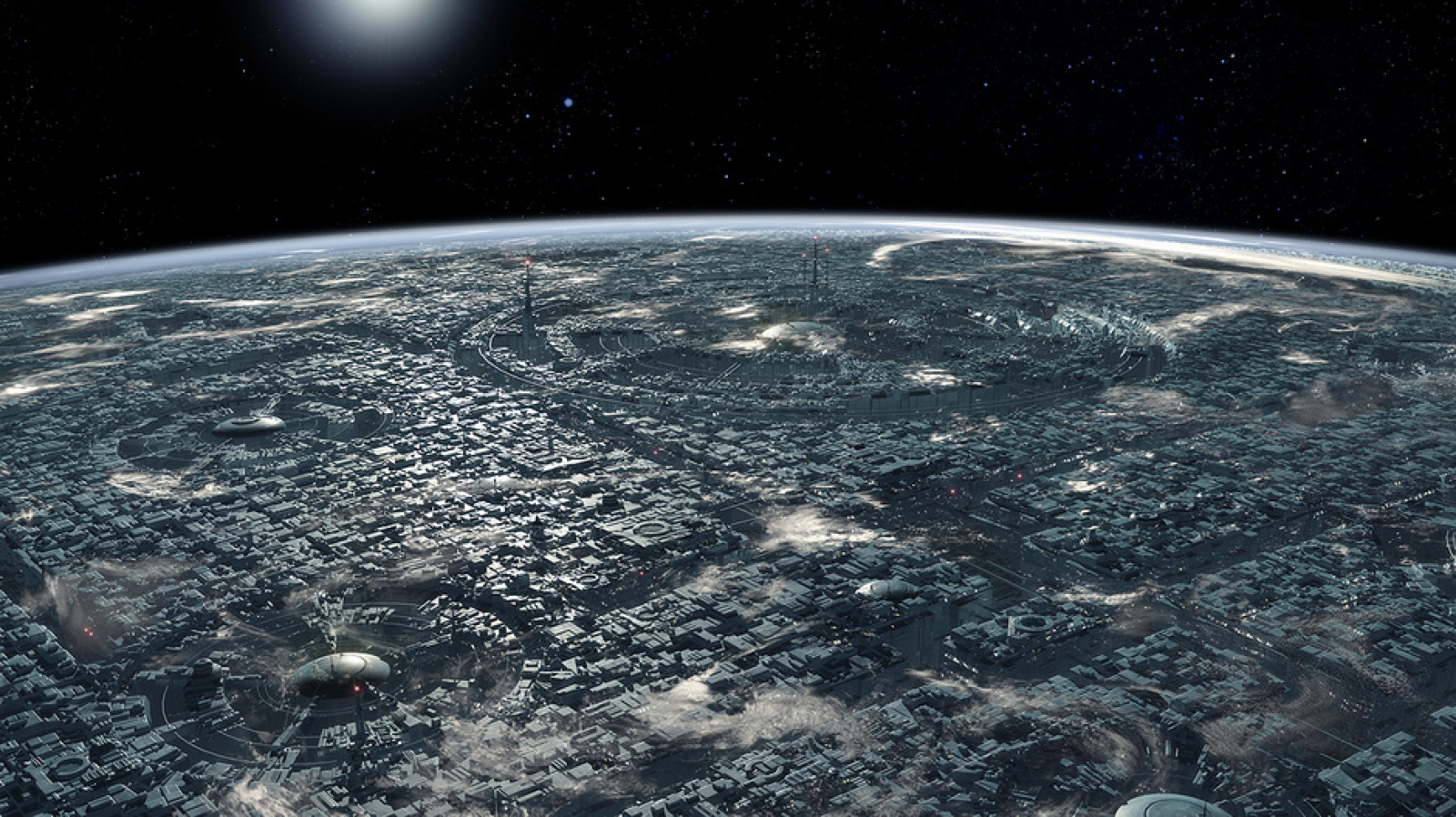 Earth is the capital planet of the United Galaxy, being one of the best planets to live on. To the galaxy, it’s a utopia of some sorts. Even though it has the best education system, security, and trade. The planet is harsh to live on if you are at the wrong place. The planet is democratic but runs like an authoritarian state. Privacy, free thought, freedom of speech, and oxygen is a thing of the past.   The culture of the planet is extremely patriotic, the residents of the planet will believe that their home planet is the best the empire has to offer. Speaking against the planet or the empire will make you the enemy of the people. The people of Earth are highly educated, but ignorant about the negatives of the empire.   Earth doesn’t focus on making their military have grunts or foot soldiers, they train their army to become none-communicant officers and officers. Their role is to make soldiers and officers from different planets stay incredibly loyal to the empire. Regardless of opinion or personal experience.

The planet is owned by the United Galaxy Empress/Emperor, but they don’t rule the planet. The planetary Governor controls the planet and its laws; their job is to make sure the planet is loyal to the empire. The planet follows a false democratic system of government, where the votes mean nothing because the government controls them. The planets governments funds are completely controlled by the United Galaxy Empress/Emperor.   While energy is free because of the abundance of magical energy, the population is forced to pay taxes for how much oxygen they consumed.

The planet is defended by legions of spaceships that patrol around the planet. On the planet are hundreds of fortresses and bases that the garrison force will use in case of an invasion. The most famous fortress on the planet is the Temple of hero’s.

The megacity is built in layers with an extremely complex road system. The lower the levels usually have poor and violent gangs. The lower levels of the megacity are polluted and highly dangerous, the scums and the poor will live there in masses. It is unlikely the residents of the lower levels will never see the sun. The middle levels of the city are where the factories, shops, and farms are located. The workers will live and die in the middle levels. The sun will rarely be seen by the working class, often they would pay venues just to watch the sunset. The higher levels would usually have the rich, the rich would control the market and the education system of the planet.

Earth being the United Galaxy's capital planet, it gives the planet the benefit of having free resources from other worlds. Earth has hundreds of markets and education centres that would teach anyone anything. The civilian can buy anything that has value. Like drugs, weapons, skulls, slaves. The only limitation is how to use these items, using them to disrupt the peace will be an immediate enrolment into a penal army, or as a factory worker.

Earth before the Imperium invaded, has a rocky history of violence and war. Humanity was getting closer to the space age, and have created super-powered individuals. When the Imperium invaded Earth to exterminate mankind, humanity convinced the armies of heaven and hell to fight back the alien invasion. After the war, humanity stole the Imperium's technology to make themselves more advanced.

The architecture of the buildings is different depending on the location and what species made the building in question. For example if a building is made in Asia by a human, the building will have more an eastern design.

The planet is now just a giant megacity. Earth has lost its oceans, forest, mountains, everything. Earth lost its blue, red, and greens. Being replaced with a dull steal and the darkness of factory smoke. The city’s skies are covered in toxic smog, often the residents must wear a gas mask to protect themselves from the pollution. In the high levels of Earth, some buildings remove the smog and produce clean air for Earth.

Earth lost all of its natural resources. So the planet gets its resources from other planets to feed the Earth’s population. In return, the planet is the primary producer of military personnel, and magic energy cells.
Alternative Name(s)
Capital of the United Galaxy
Type
Ecumenopolis
Population
Roughly over 50 billion.
Inhabitant Demonym
Earthling
Location under
Temple of heroes
Included Locations
Owner/Ruler
Empress Zatana Abernu
Owning Organization
United Galaxy
Characters in Location

If you have any suggestions for what you want to see next. Just PM me.

I forgot to add kit in. Thanks for pointing out my mathematical error.