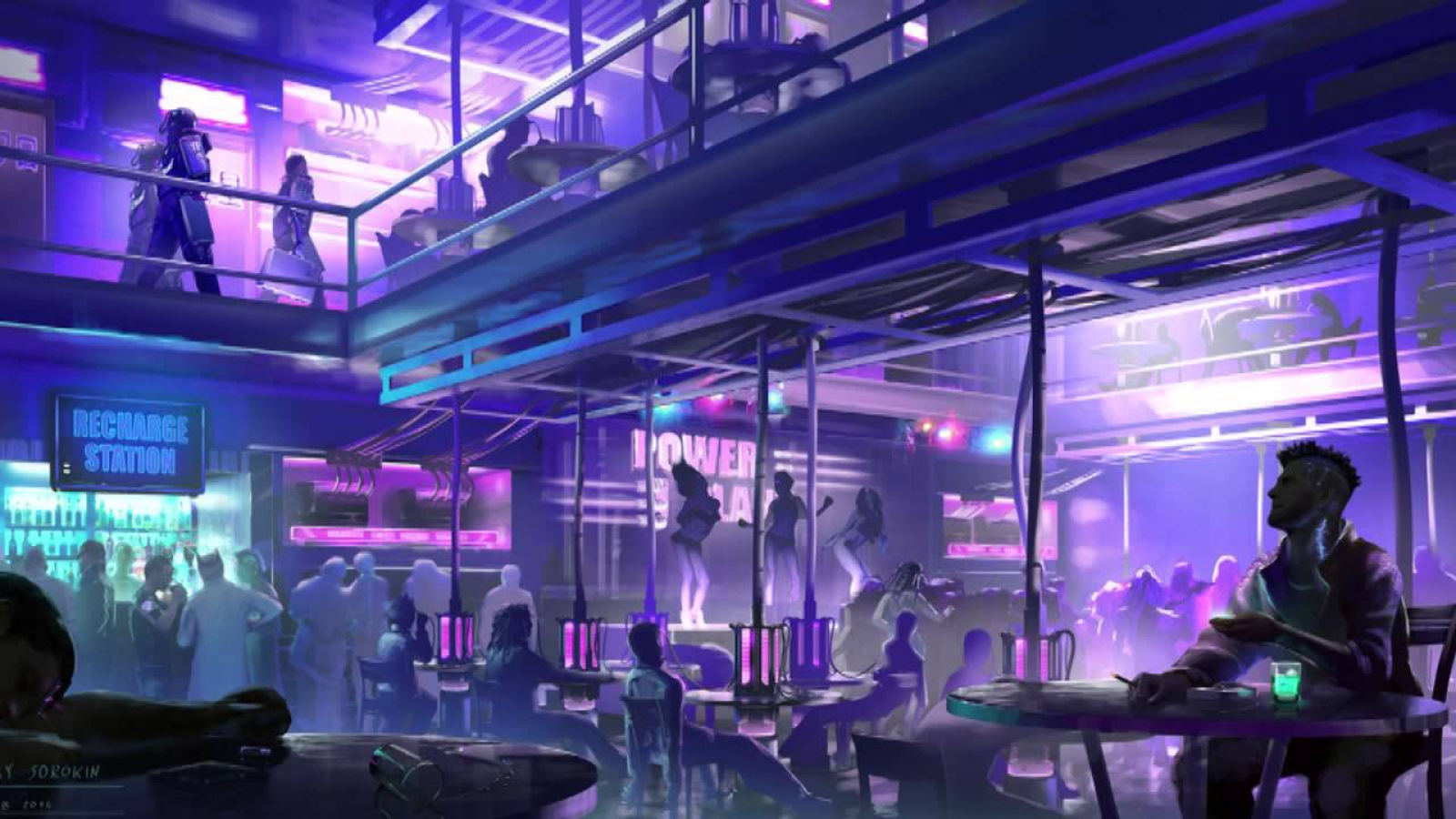 A popular bar frequented by many InterFleck hackers and ne'er do wells in the swamp area of Bran Grove. This particular establishment is next to a large InterFleck nexus which may or may not be the reason that The Electric EelsThe Electric EelsThe Electric Eels have taken an interest in it.   The word on the street is if you need information, this is a good place to start, and for the right amount of money to the right CredChit you can find out anything your heart desires.   The owner of the Jolly Rancor is a delightful Gnome by the name of Ornove Urixi, or "Wine-Mom" to her friends. She keeps the peace in the bar and is generally considered neutral to all situations, when a fight breaks out she only asks that furniture be returned to its rightful place after and that the bar area is kept clear.   It is by this neutrality that the place has managed to thrive, even the law turns a blind eye to her dealings as generally it is considered one of the more useful places to be in Bran Grove. Due to its less than lawful status and reputation as an information nexus The Electric Eels use this bar frequently and permanently keep a few booths reserved.

The bar is an open area featuring some of the most violent bright neon lights possible, there are many small booths hidden around the edges where one can find a quiet drink and nonchalantly observe the surroundings without seeming like you're spying.   The bar serves some of the most interesting cocktails in Bran Grove due to its supply of industrial solvents and drill fluids from the nearby derricks.

Like all the ancillary services this bar popped up in the aftermath of the Oil Rigs becoming established. Workers were fed up with the standard rations that Bran Oil Concern provided and asked for more variety, seeing an opportunity amongst all the shops Wine-Mom set up business where she could.   The first incarnation of the bar was a couple of shipping containers welded together creating an open space with a 3rd for stores and living in. In its current form it is a 3 story building comprising a penthouse suite for Wine-Mom, a floor of stores and reasonable rate rooms and finally the bar.   The expansion to this large open format was made possible by a modest grant from Bran Oil.