All that remains of pre-war tradition.

A set of ruins, barely recognizeable for what it once was; a sprawling temple, with multiple smaller companion buildings. During the Second Seperatist War , the island was raided, and most of it burned down. Large holes were dug up by the Clockwork Horde in an effort to find some sort of artifact, leaving the entire island in shambles.

A discussion of Tradition

Amosk and Kiri are walking to the main ruins, located within The Waves of Sommerson.

I confess... I didn't actually follow any of the rituals before the war.

What do you mean, What? Like I said, I didn't follow any of the rituals. I thought they were dumb. Why follow rituals, we're already dead, what kind of rituals would there even be?

Uhhh.... making sure you make it to the good afterlife. I think. Right?

No... wait... no- yes, yes actually, I think I remember... my brother died. We had a priest and everything. Making sure his soul went to the right afterlife.

But what about here? What about in purgatory? It's not often anyone we know dies a second death. What's the point of rituals here?

Seriously, Amosk? Where do I even begin...

Okay, first of all, what do you even think rituals are for?

Well, yes, and no. Seeing as you're here, I think that pokes holes in that theory. And besides, you're focusing only on one type of ritual. How much do you remember of your life before death? Did you ever get married? Did someone ever die, and you celebrated or mourned them?

Alright, bad example, but I'll work with it. Those types of things don't have to be religious. Often times when someone dies, their friends and family gather in a ritual to simply celebrate the deceased's life. It's something to bring closure and peace to those left behind.

Soul's sake sometimes you're daft. Sorry. That just sort of slipped out.

No, I didn't. I didn't attend any of the old rituals or festivals before the war, and I certainly never did after the war.

That much I do know. Folk make a big fuss about getting a boat ready to head out there, and I always gotta make sure the storm maps are updated. I just thought you ritualists might do other smaller ones around the year is all.

But there's nothing left there?

Hey, no worries, any time. I'm sorry for being so ignorant.     I'm looking forward to the festival. I realize now there's a lot for me to learn. This time I think I'd like to join -- I'd like to get reconnected with my spiritual side.

These days, we only hold one ritual here, did you know that?

Well, we do. It's called the Rememberment Festival. A ritual of remembrance for what once was. We host it once per year, on the anniversary of the end of the Second Seperatist War.

Yeah... the records building was entirely wiped out. Everything was lost. That's another thing we like to honor during the Rememberment Festival. Listen, I want to thank you, and apologize for earlier. It's good to talk about this, and I'm happy to teach you about the history of the rituals of our home here. You've been a good listener.

That is wonderful to hear! Let's go get ready, I'll teach you everything you need to know.

Below is a collection of artwork and descriptions of the buildings. The artwork was created a few years after the war, as gallery piece on the Waves of Sommerson, put on at the Blackridgepool library. 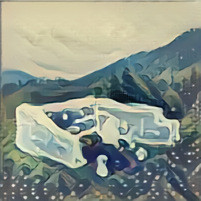 The most complete set of ruins. Much of the building still stands to this day; 3 of the exterior walls still stand. The building used to be a large, rectangular structure, with thick walls made of stone. Pillars line the interior of the wall, with about half of them still standing. The floor of the Main Temple has sadly been mostly destroyed, a massive hole dug into the ground instead, during the Second Separatist war.   These days, during the Rememberment Festival, practitioners gather around the outside of the hole dug in the center of the Temple. Each participant will bring something that helps them to remember that which has been lost; generally a scrap of paper with words they have personally written down. They will say a small piece about what they've brought, and what they remember, and then toss their offering into the pit.   The festival ends with a massive bonfire, burning the offerings. The fire is intended to symbolize the war; it may have burned and destroyed the physical memories, but the survivors will never forget. 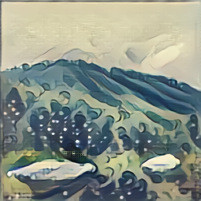 Before the war, festivals and rituals used to be multi-day events. Thus, sleeping quarters were required to suit. The buildings stood on firm stone foundations, but the rest of each building was constructed from wood. All that remains is the stone foundations, a hint of what used to exist here. 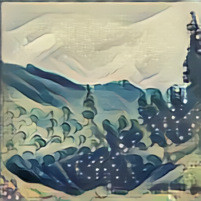 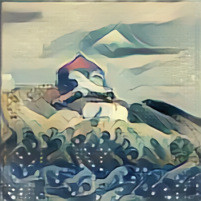 There is only one dock on the Waves of Sommerson, and next to it is the only building that has been reconstructed since the war. Dockside is a small tavern; if you can even call it that. A simple, small, square building, inside is barely enough space for 3 tables and a short bar. Attached to the back of the building is a small shack with a cot, a simple sleeping quarters.

Hidden on the Island

Common folk of both Blackridgepool and Wandermere of the Fourth Floor have constantly wondered what was hidden there. What had caused the attackers during the Second Separatist war to attack this seemingly peaceful island, that appeared to have nothing to do with the war in the first place? What had they found there? Popular theories include:

Perhaps the most popular of all theories regarding Sommerson's destruction; the idea that old records and construction documents from a time before Synthacrosia was complete appears to resonate with the common folk of the Fourth Floor. People say that the information that was stolen show secrets of the tower that no soul should know -- secret passages, machinery that can break people, and dark magics that will taint your existence.

Another idea related to the theory of construction documents, though often said in jest. Some folk believe that powerful ancient artifacts were left on the island, long ago, from around the time Locorin built Synthacrosia as well. The tales are often said with a smirk, elbowing each other in the side, as if it's a joke that Locorin forgot his tools behind, and never cleaned up after himself after building the Tower.

The least popular of the theories. The idea that a massive clockwork army sent to attack the fourth floor would go out of it's way to this secondary island, only to search for another power source seems unlikely at best. Yet, the idea is still talked about in taverns, when the mugs are half empty on their third or fourth refill. The ideas are almost always met with eye rolling and derision.

What was actually found there?

Only the highest ranking members of Wandermere's intelligence agency, and the attackers from the Fifth Floor, know this information. It's been kept secret for reasons unknown.

Ya know, I bet it was some kinda crystal they found there! Some... real bright, glowy crystal. Sommin that gives off a lotta energy. Bet they needed it fer power up on the fifth floor!


Damnit, Jan. We been over this. No way they needed more power -- look at what they did with what they had! Fer souls sake.
— Conversation in a Tavern

Images created by Stormbril. The paintings were created through using photos taken + drawn by Stormbril, run through https://deepdreamgenerator.com/.