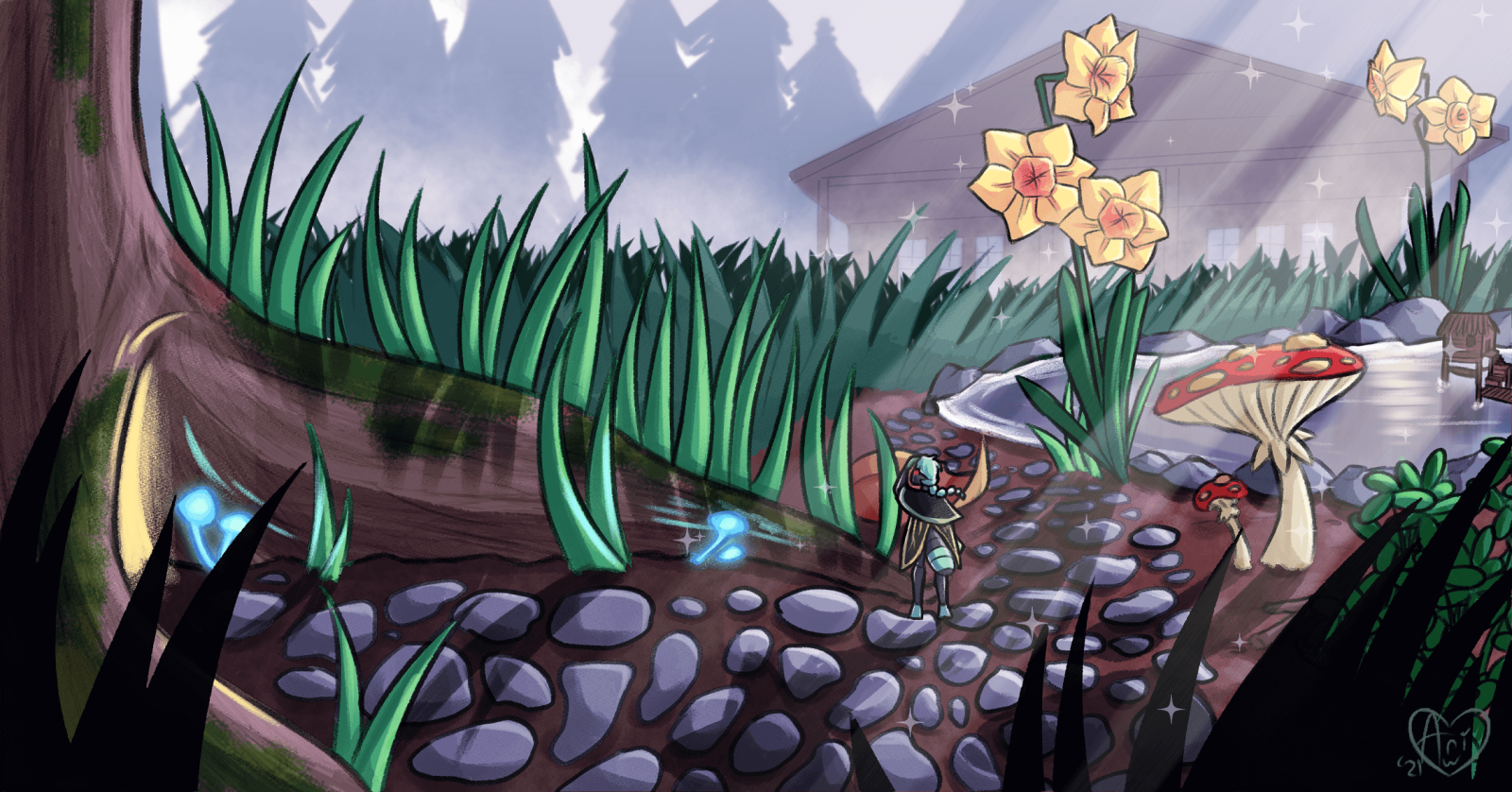 "When I visited Nawala island, I was immediately taken aback by it's size. I was then immediately distracted by finding the first rare species I was looking for, a little Tacua Speciosa, or a Giant Colorful Cicada. It was almost as if he was there, making his little call to welcome me to the island."
— Prof. Garrison Anderson Entomology Researcher

Nawala Island is the largest of a cluster of islands under the jurisdiction of Bituin and is located south east of the mainland. It is a round island with a significant bay to the north of it. The island is humid and warm and filled with thick jungle. In the center of the island is a large volcanic mountain. The still active volcano has been recorded to occasionally spill out mild lava flows as recently as a few years ago.

The island is a tropical region lush with trees and plant life. There are areas that are so dense with forest that it makes it difficult to traverse on foot, and easy to get lost in. It's an area that has been allowed to grow free without human contact for years.   It is also host to rare species and flowers, animals, and insects, and it is a popular destination for wildlife researchers.

Some centuries ago, the island was fully inhabited by a indigenous tribe known as the Paruparo . The land was sacred to the Paroparu, as they believed the island was the birthplace of their god, Mariposa the Hive. As a result of this myth, they worshipped the variety exotic species that lived there. They were also the first people to discover fossils of ancient insects on the island.   In the 17th century, the island was threatened to to be colonized by Europan Settlers which displeased the Paruparo who feared the foreigners would desecrate the land and force them to adopt Europan culture. Since many practiced and were highly skilled in the art of Spirit Magic, they used the fossils they collected to cast an area wide spell designed to protect them. But something went wrong, as the entire tribe vanished overnight. Even the boats heading towards the islands were found floating abandoned in the ocean.   As population of both indigenous people and foreigners slowly refilled the mainland, the newly dubbed Nawala Island remained abandoned and uninhabited, out of superstitions that the island was cursed and that people who visited it would disappear like the Paruparo tribe. The island was left for nature to reclaim the cities that the Paruparo built.   As time went one, people became less superstitious as the story of the Paruparo faded into folklore and legend. This allowed the first explorers to return in years, but the island was still not settled again, as it was deemed more valuable as a wildlife and archeological research site. It only began to be resettled once a collection of living Paruparo descendants moved back to the island to live the lifestyle they believe they were meant to.

In recent years, interest in the lore and history behind the island has encouraged people to want to see the island for themselves. Taking advantage of this, a company from the mainland opted to build a luxury tropical resort on the island, much to the disapproval of the new Paruparo tribe living on the island. The contraction of the restort caused a lot of vegitation to be ripped out, boat traveling in an out brought trash and pollution to the beach, and the construction was disruptive and noisy.   Furthermore, the tribe living there has been used as a 'selling point' and the tribe has to frequently shoo tourists off of their land.
Parent Location
Altearth
Alternative Name(s)
The Cursed Island
Type
Island
Included Locations
Owning Organization
Bituin
Related Myths
Bituin Map
Open full size

Answering: "an area or geographical landmark wrapped in myth, legend or superstition"
Visit IbbyWondrous's Competition Page Check all other answers to this prompt Competition Homepage

All content on this world is created by IbbyWondrous, aka Ari W., with occasional assistance from their partner AmevelloBlue. All artwork on this site is created by IbbyWondrous, unless stated otherwise. (This does not include assets created for the site CSS theme.)
Article template
Geographic Location
World
Smallscale
Category
Locations
Author
IbbyWondrous
Publication Date
7 Jul, 2021
Creation Date
5 Jul, 2021
Last Update Date
22 Jul, 2021
Visibility
Public
Views
107
Favorites
1
Comments
1
Work In Progress

I love the place and the story behind it. Is there a chance you'll write about the fates of those that disappeared? I'd also love to know more about how the Paruparo (cool butterfly name) are living on the island now, and which things they got right or wrong about their ancestors.   By the way, the author's name (your name) sounded familiar, so I checked if I follow a world of yours. I do indeed (Kollark)! I am happy to see you are participating in SC again, even if in a different world. I loved this one place, so I'm looking forward to seeing what else you will be writing about.

I have a wip article for them ready to go, it's just a matter of when I'll get around to writing it lol. This story was once part of a collaboration world between my friend and I, but as it developed, I decided it warranted it's own setting. It'll still exist in Kollark as a sort of alternate universe, but this world is now the canon version.