Nesting into the very stones of the Black Mount, Ravenpeak sits as a roost for some of the most powerful, and corrupt, individuals of Haven. The Capital is dominated by the Raven Council, an oligarchy of Divine who reside in great temples built into the peak of the mountain. Massive, black and white Ravens circle the city working as the spies of the Council so that they may easily break any brewing rebellions within the lower districts.

Oh Raven
Nesting upon book and tome
Over the Black Mount, you glide
Where else may you claim home
— Shortened Poem of Allinis Coldwill

As if in direct competition with the Black Mount itself the buildings rise in height the further the earth reaches into the sky. From afar, you can easily see the disctinct districts of Ravenpeak. Starting from the Lowlands, the base of the mountain, sits scattered houses of one or two stories. Each building is built to withstand the heavy storms of the Verdant Expanse. These stone-walled homes hold no distinction from what you may find to the Shards to the South outside of their careful placement to give room for planting.

If allowed your gaze to wander further up you would see the Outer Court. This district is ringed with a massive wall of dark stone chiseled with the motifs of massive ravens, each eye a glimmering gem the size of a child. Despite the height of these defenses, sharp roofs cut into the sky built upon two to three story buildings. Every roof in this district is constructed of the near-black slate quarried from the mountain itself. From these roofs are large perches constructed to hold the thousands of Ravens that watch over the city. With each story a building climbs, the walls are jutted out over the streets to help protect pedestrians from the endless wind and rain. 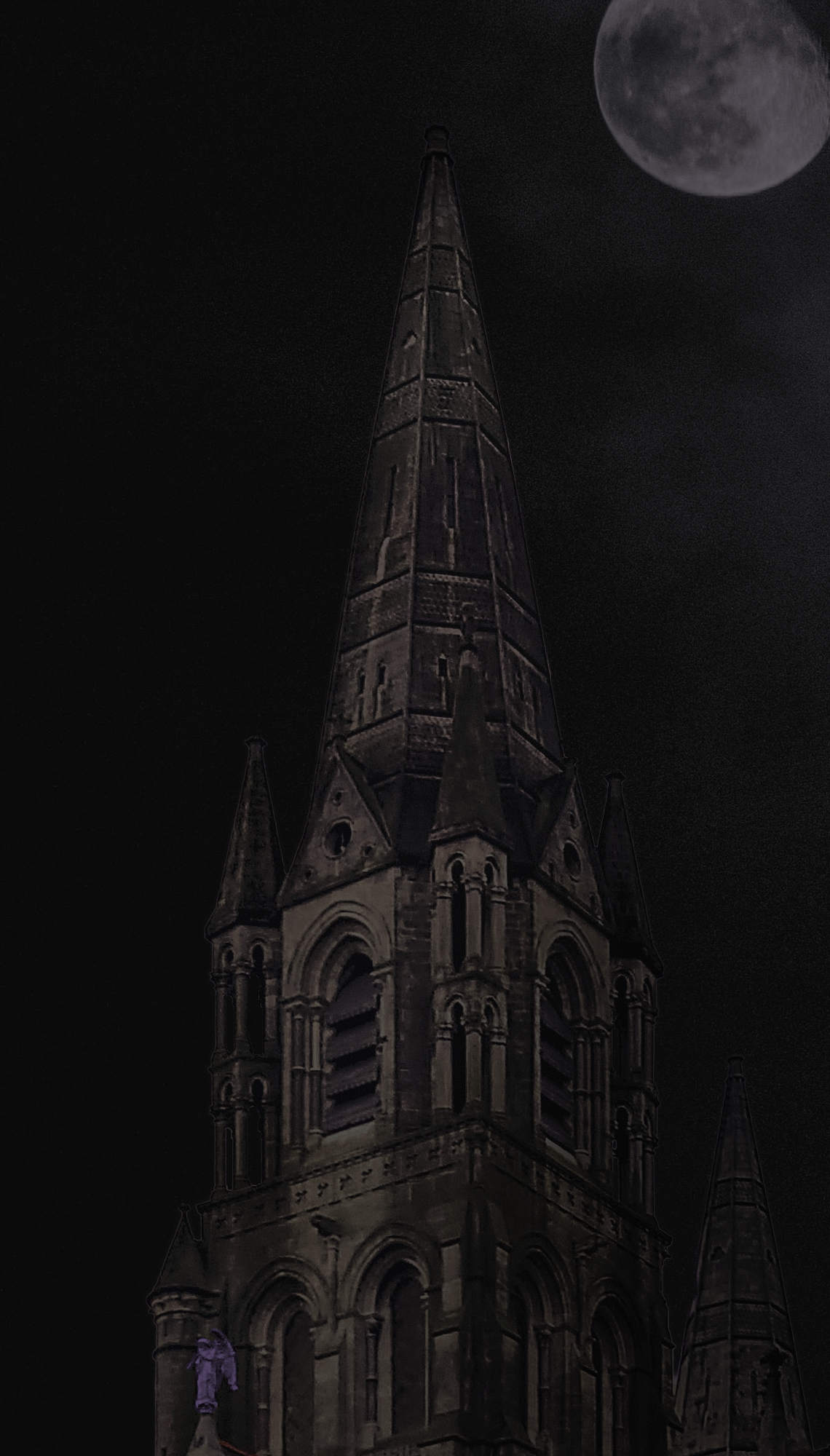 Further above sits the Inner Court, the home of the Noble Houses and various temple of Ravenpeak. With the very foundations of this district towering over the last the boundary between the classes is a physical constract as a social one. Buidings within the Inner Court can reach up to four stories in height with massive roofs large enough to function as storage or places of worship. Following the jutting walls of the Outer Court, many of the streets are completely covered as buildings merge together to form massive manors with streets winding through their foundations.
With little in the way of room for green spaces many Noble Houses have resorted to allowing vines and moss to grow in abundance along the raven-carved walls of their manors. This, alongside the storm-weathered stone, makes the entire district feel ancient and haunted well beyond its actual years.

Finally gazing up into the clouds themselves you can see the Peak itself. As if deep in a ritual, seven distinct buildings stand in a circle around the peak of the Black Mount, each four stories high with walls lined with religious symbols and runes. Those with keen eyes can see the faint Glow channeling from the spires of each building towards the central tower that sits constantly shrouded in dark clouds. Wind and rain are a constant threat to any who wish to breach this sanctuary without the blessing of the Raven Council.

Clinging to the ways of their ancestor Eld, the Elvenkyne of the Black Mount follow ancient traditions, rituals, and rules of etiquette that have been passed down through the generations. These ancient laws often play key roles in their society and are rarely explained to outsiders leaving them socially isolated. Such strong adherence to the ways of their ancestors, mixed with the diabolical plotting of their fallen leader, has lead to the people of Ravenpeak to rely on civil decorum laced with sharp with and cold plots in the place of direct action.

Factions of the Mountain

With Lord Tennant at the head, the Raven Council is both the government and religion of Ravenpeak.

Lead by S14, an army of uncorruptable Steelforged that function as guards, police, and arm for Ravenpeak.

Need a proper name for the group. Whisper-Scribe

The people that build Ravenpeak with magic rather than real labor. 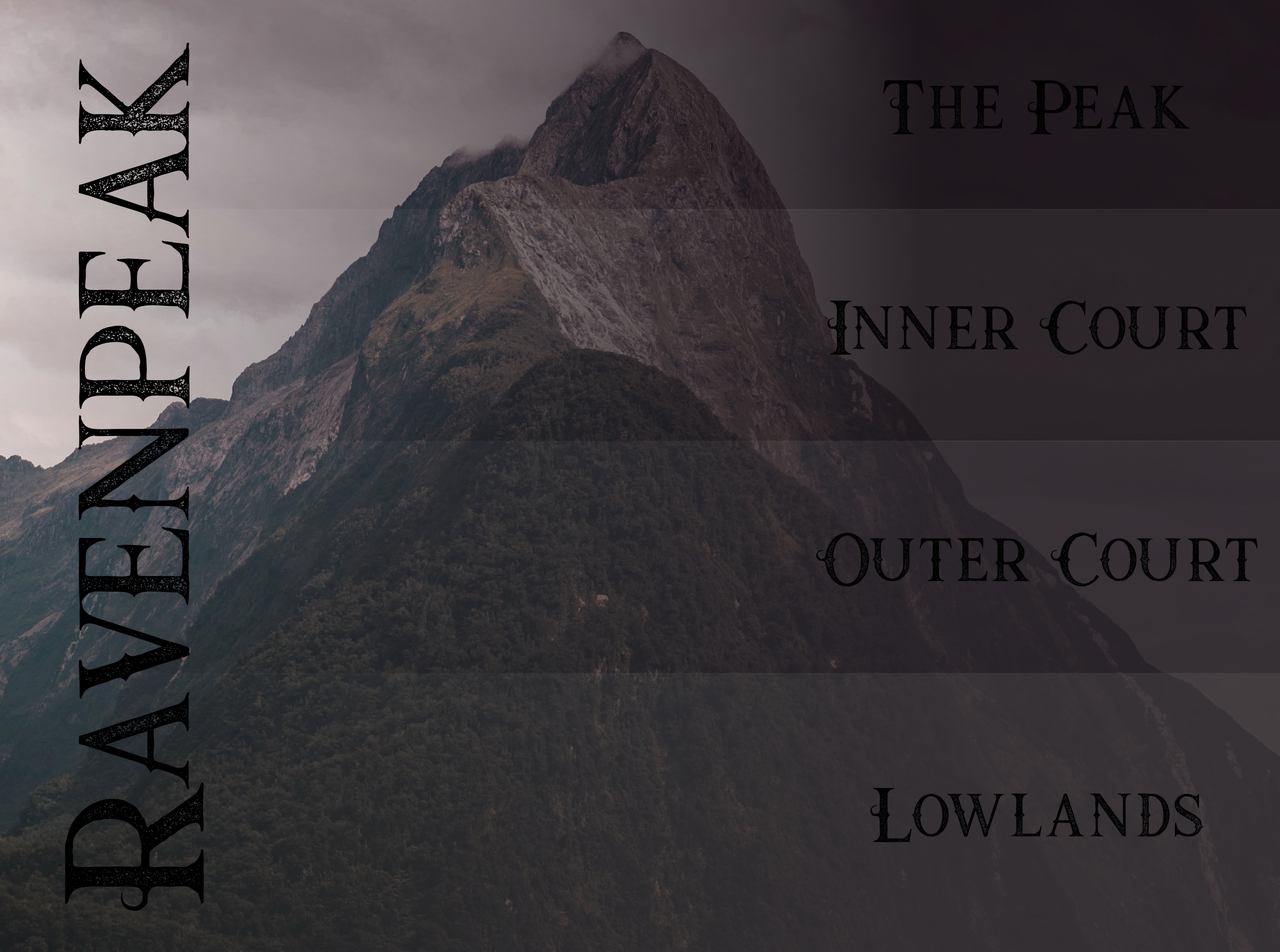 The weather of the Black Mount becomes progressively more hostile the further the city climbs. As part of the capitals natural defenses, this weather keeps away any who would wish to approach from the skies. In fact, surviving the higher regions is impossible without the proper magical blessings.

The Ravens of Black Mount are sophontic, communicative, and selflessly dedicated to the Raven Council. Thousands of ink-black eyes watch quietly, reporting everything they witness to their masters. 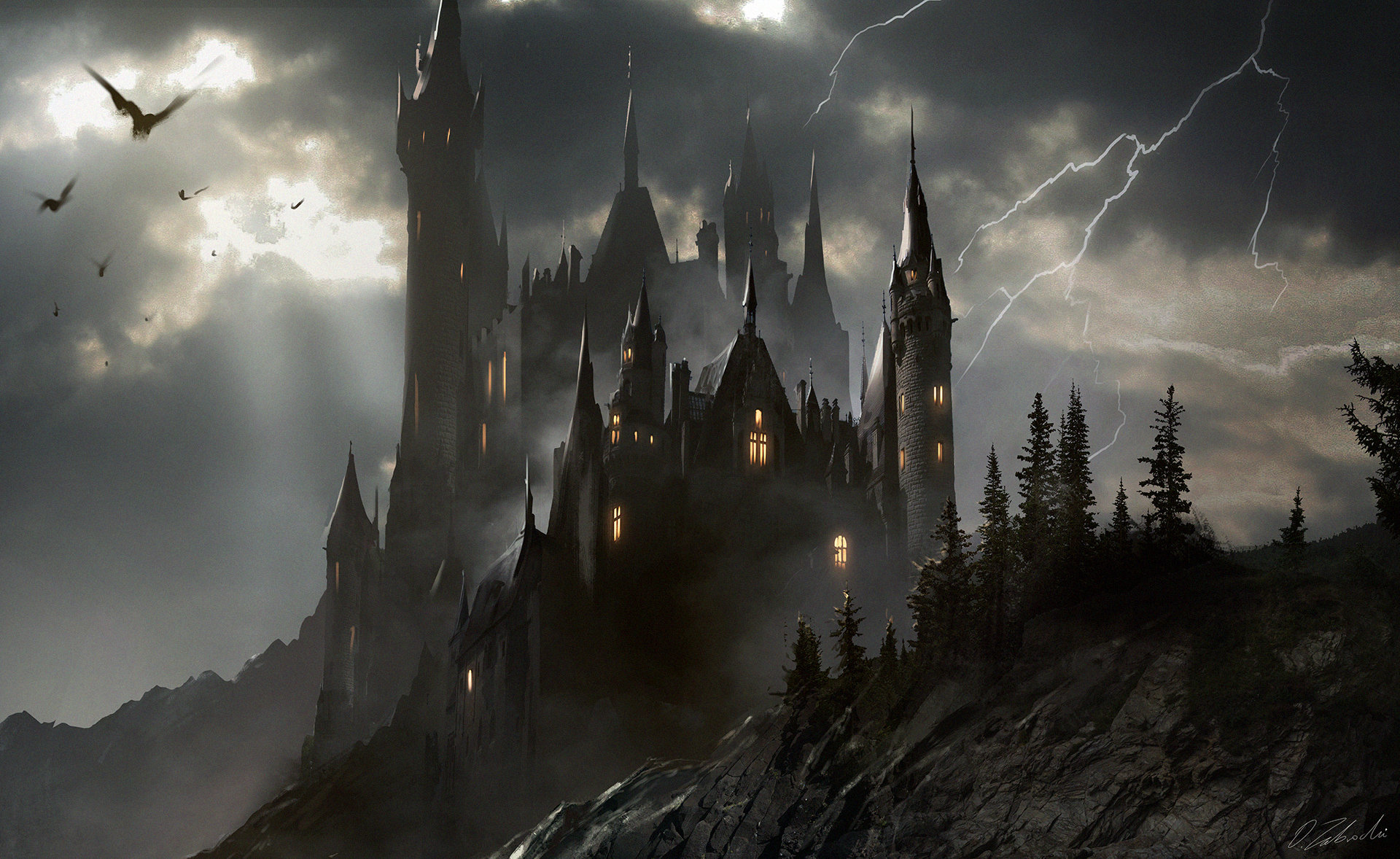 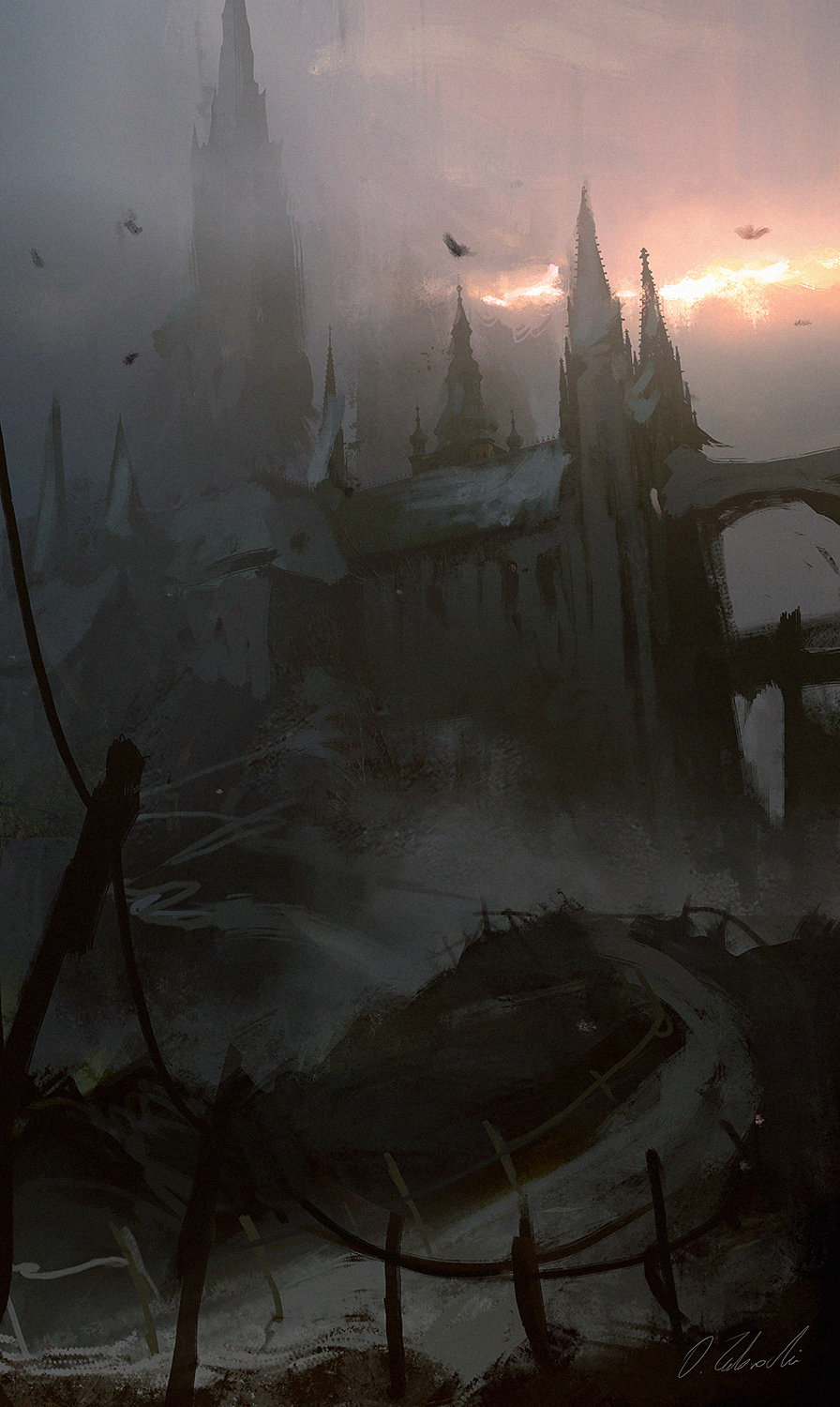 Castle In the Fog by Darek Zabrocki 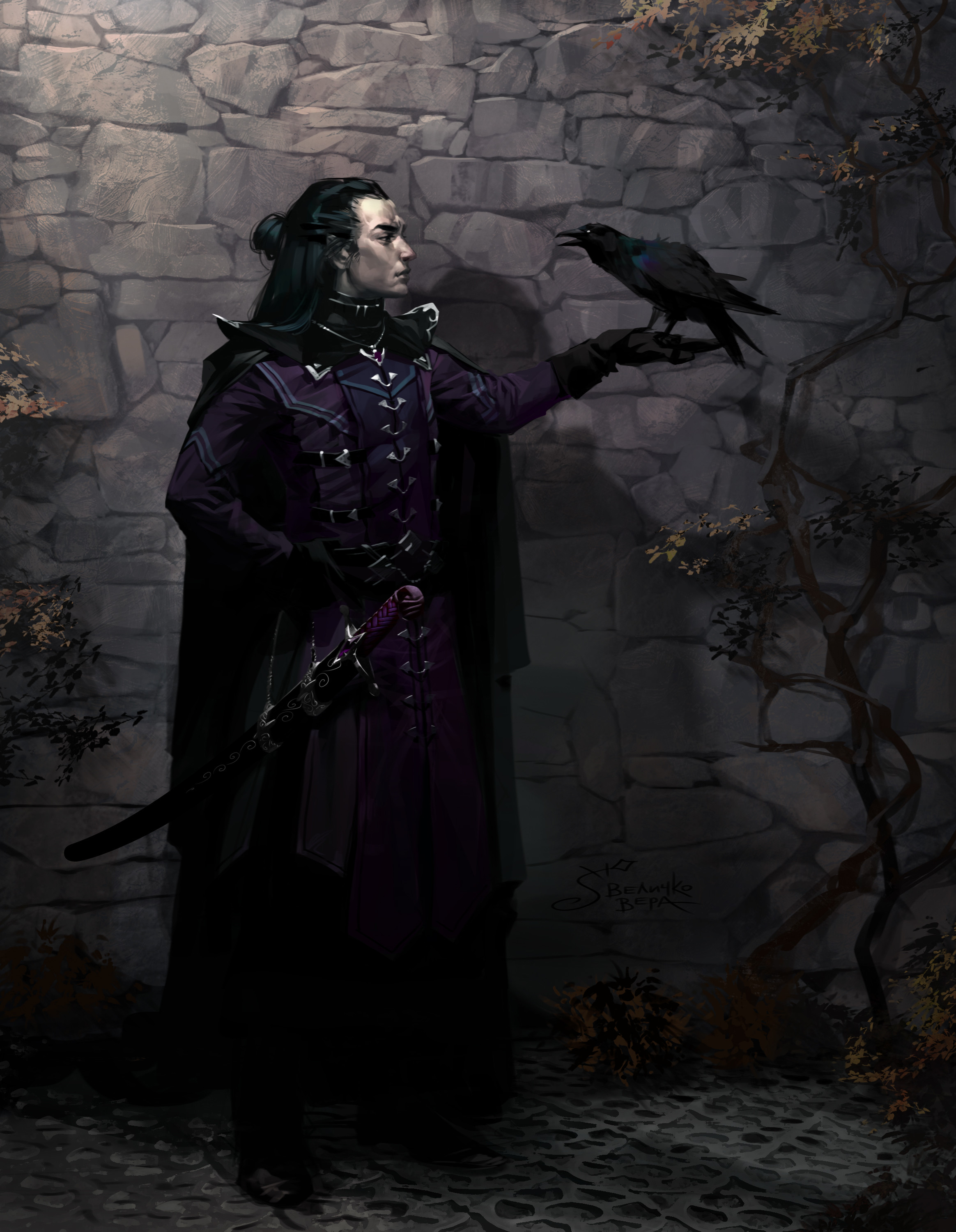 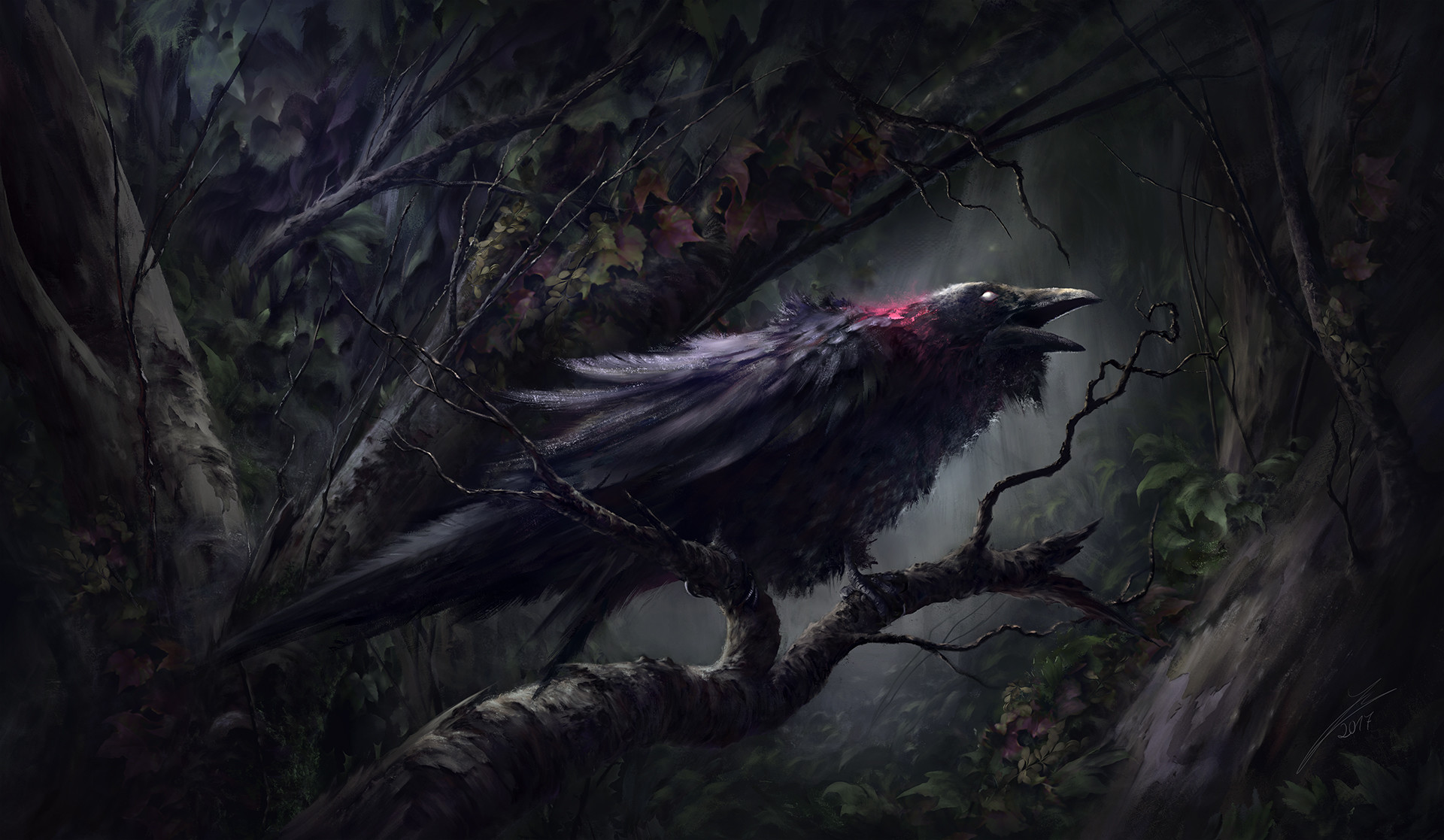 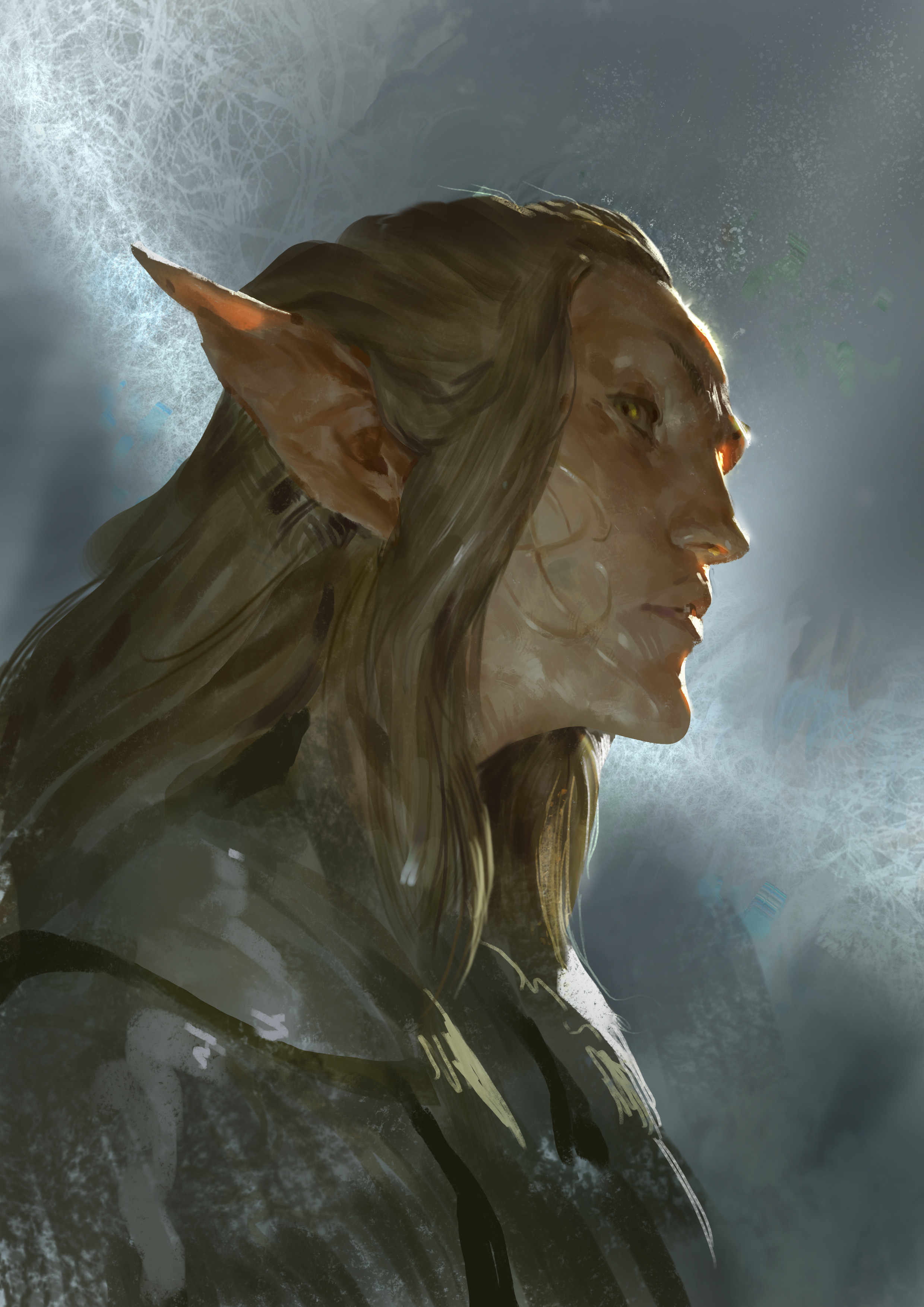 Elf Prince by Even Amundsen