The first and the last line of defence

"The Keeper has fallen! Get everyone out of here before this place crumbles to dust!"
— An unknown party

Though shrouded in mystery, the Keeper is a title that is seldom forgotten. When long forgotten and hidden forces are stirred, the Keeper is there to wield the knowledge and skill of the Ancient Ones to force them where they belong.


Originally created by the Magisterium to provide a defence against any sudden otherworldly incursions, the Keeper has become a legendary figure of protection.   Shrouded in armour made by the finest Kanen and Evini smiths, along with the greatest of enchantments, the Keeper is potentially the only being that could withstand the force of a mountain collapsing on top of them. Since the first Keeper donned the armour, no one has seen it change hands, and in any situation where the Keeper seems to have perished in their duties, they return in short time, fully clad and charging back into the fray.   The Keeper has rarely been seen, as most of the situations that would be appropriate for them to step into would be out of the public eye. However, there have been sightings of them in more public settings when it is unavoidable. From these appearances, a semblance of the Keeper was made, and it is this visage is what has been claimed to have been seen across the Eight Lands over centuries.


The Keeper is the only being to have crossed onto the shores of The Whispering Island and return. Though they did return, the Island was in no better state than it was beforehand. It has been widely regarded that the visit to the Island by the Keeper was more to contain any threats, instead of eliminating them.   Since that time, there have been no major public incidents that the Keeper had to present themselves at.

No trespassers escape my sight

Wielding the power of the Ancient Ones, the Keeper has been seen to cast arcane spells without moving or speaking, as well as fight viciously against the hardiest of foes with their shining greatsword. No one is quite sure as to what powers they possess. And no one can say whether they are, in fact, immortal or that the need for the Keeper is not great.   Some otherworldly beings, when met outside the Material Plane, claim to have sidestepped the Keeper in their movements through into Pronathea. Though these claims are not necessarily false, it is merely rumoured that they have been allowed by the Keeper to enter into the realm of Pronathea, as there is no proof substantiating the claims. 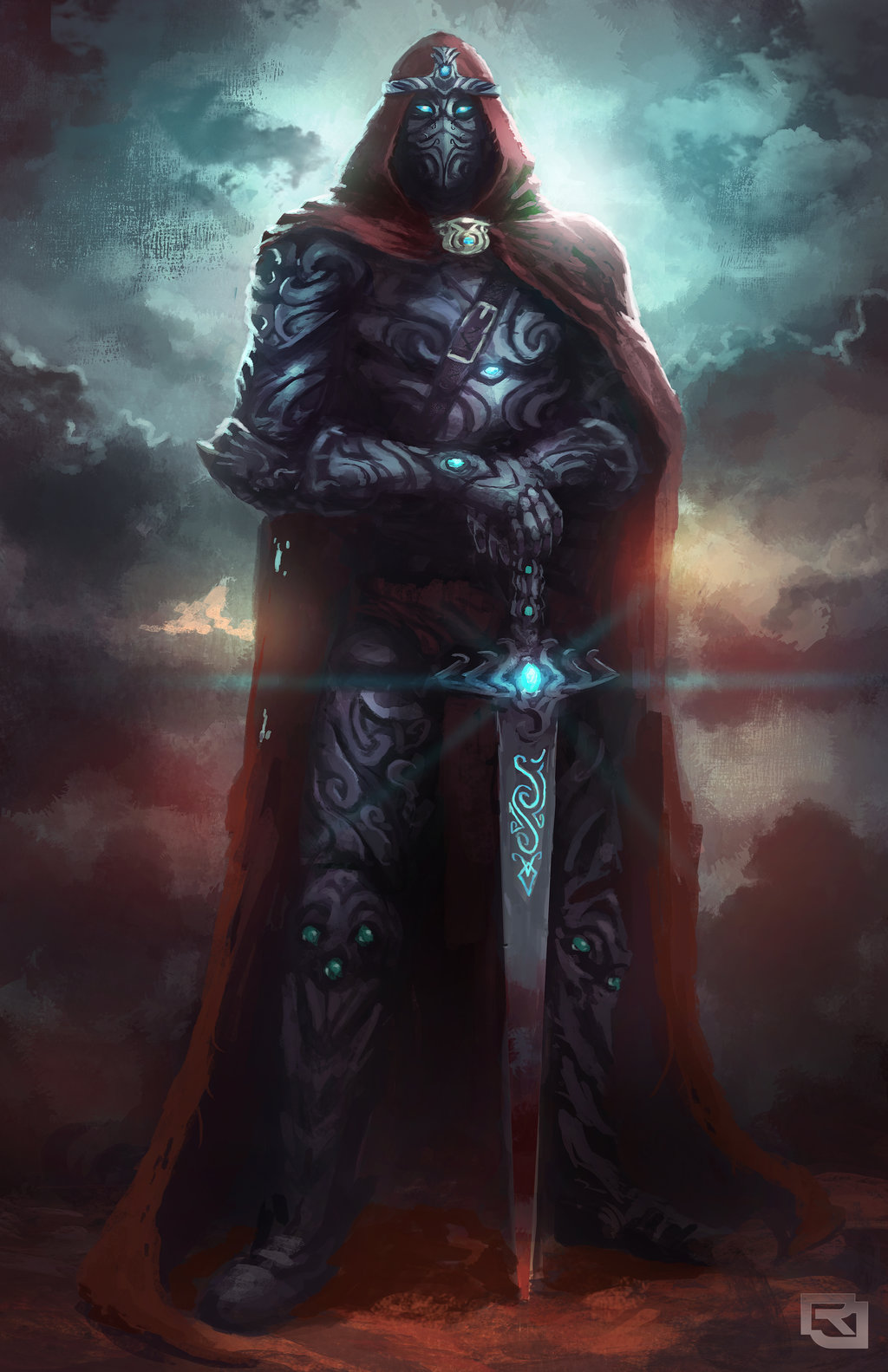 Mysterious and powerful, a winning combination. I especially like how there is just enough information there to make the Keeper interesting without revealing too much about its process, selection, or specific ability. I would be interested in the events and the process the Magisterium took to create The Keeper, and who was the first (un)willing specimen to don the responsibility, but perhaps that would give out too much? Great work!

Hey, if you got the time to pour through hundreds of documents in the Magisterium archives to find it, and that's assuming they didn't destroy any documentation or just straight up didn't have any, then you can find out! :P

Have any next of kin I should notify when your corpse eventually floats out of the Archives?

This character is interesting, mysterious. You keep a big shroud on its exact powers, limits, but also make us doubt on its existence since he looks so important, a main pillar and guardian of the "Ancient Ones" knowledge, skills, powers. Perhaps I would have loved few more information by tooltips on the world since I don't really explore deeply worlds, on terms such as the Magisterium. Otherwise, a very nice and easy to read article.

I need to get better at using tooltips, but thanks!

I like your choice of headlines a lot! Is the keeper an actual human or humanoid being, or is he purely magical? If the later one is true, is there a magician controlling him? Or is he divine?

It is a person, though whether they're human or not doesn't tend to matter. As for the headings, I'm glad you like them!