Have you forgot what they did to us? To our family? To our people? You must understand me, brother. Those bastards deserve revenge, and the deal with the Listeners is the only way that is left for us.
— Prince John after the destruction of his country

A religious and criminal society, the Listeners are willing to do anything for those who are ready to take the risk and pay the price. Protecting someone, stealing something, even killing someone; there is not a thing they cannot do. The price, however, can be indeed terrifying. You do not just pay them gold and get the job done. A deal with the Listeners is always a gamble.   You and one of them make your bets — and play dice. Money, favours, even your own years of life or service, you can offer anything. The bigger your bet is, the better are your chances. If you win, your job will be done. If you lose, you pay your bet. It is as simple as that. You cannot fudge the dice. You cannot refuse to pay the price once you lost. You cannot escape vengeance if you do. They say that Kimentar, god of gambling and chance, is the one who determines the odds. It is his hand that throws the dice, not Listeners'.

There is nothing known about the Listeners' organisation structure. People only deal with one Listener at a time. They wear no signs or titles. Yet, there are many stories about another Listener coming to collect the debt. It implies that there is at least some kind of organisation. This belief is further strengthened by one fact; every dead Listener found so far shared something in common. They all had the same blank notebook; many people believe that those notebooks are how Listeners communicate among themselves.   Contacting a Listener is simple yet entirely up to chance. You simply have to play dice in a tavern. It cannot be predicted when a Listener decides to show up; you may meet him on the first day or wait for weeks. It is, yet, more natural to meet one of them in bigger settlements and when the sun goes down. Sooner or later, you will meet a person whose dice are made out of bones. You can either simply play with him... or offer him a gamble.

Listeners believe that Kimentar tells them what to do. This comes in the form of people seeking to strike a deal. They say: "Kimentar speaks to all of us. You only need to listen". Even a common peasant can bring to fall the kings if the luck is on his side. Or, as Listeners would say, if Kimentar is on his side.   Nothing else is known about the Listeners' goals. It is often rumoured for them to take infants as part of the price. Many people were never seen again after meeting with a Listener. What is even scarier, some of them return just to die as grey-haired elders a few days later.

We were once tasked with restoring order in a rebellious village. Easy money, a few hours of a massacre and the job is done. But when we reached that village... There were only children and elders left — and three hundred of our brothers, protecting them.
— Mercenary tale

The Listeners are believed to have many assets, though no one could actually quote you their wealth, numbers, holdings, or other points of wealth and power. They can kill you while you sleep, or they can take your castle with the force of thousands of men. Their most important asset, however, is people. You can never predict who in truth is loyal to the Listeners. Even your old gardener can be the one to stab you in the back.

The Listeners have been around for as long as anyone remembers. Loyal to the oldest known god of this world, they accept members of any race in their ranks. Many rulers tried to put an end to the Listeners. Still, none of them survived long enough to do any severe damage. Terrible retribution awaits anyone who would dare attack a Listener or take something from them.   The Listeners became even more powerful after humans invaded the Great Plains. Divided and not afraid of the risk, humans began to bet frantically, asking for all the wonders of the world. Some may even make small bets dozens of times during the same meeting. Most of them never received anything, and even those who did still often owed much to the Listeners. Nowadays, Listeners became even more powerful and numerous than they were for a long time. 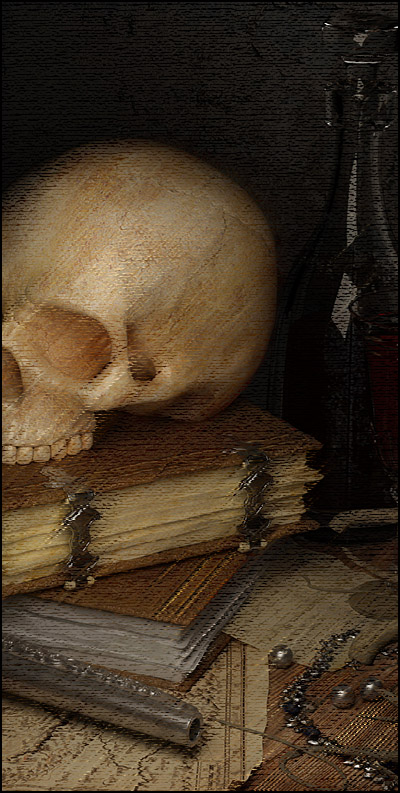 Be it wealth, station, or your life, we will take everything you have...
Type
Secret, Religious sect
Alternative Names
Listeners of Fortune, Gamblers
Deities
Related Professions
Related Myths

Individuals of different power, from common farmers to almost allmighty beings, united by their ability to use divine magic

Answering: "Which criminal organization in your world is the most notorious, and why?"
Visit Dark Hobbit's Competition Page Check all other answers to this prompt Competition Homepage

"The bigger is your bet, the better are your chances" = "The bigger your bet is, the better are your chances"   "You cannot escape vengeance, if you did" - since this would be about refusing to pay the price and you wrote that in present tense, it has to be "if you do" at the end.   At the end of paragraph two, you accidentally write "Listener's" instead of "Listeners' "   "This belief is futher streightened by one fact." - it should be "strengthened", not "streightened", also I would switch the period at the end out for a colon. And in the sentence after that I would use a semi-colon instead of a period.   " that those notebooks is " - "those notebooks are"   "Contacting a Listener is both easy and hard" - "Contacting a Listener is simple yet completely up to chance"   "The Listeners definitely have a lot of assets. The thing is, no one actually knows how much do they have." - "The Listeners are believed to have many assets, though no one could actually quote you their wealth, numbers, holdings, or other points of wealth and power."   "Their most important asset, yet, is people." - "Their most important asset, however, are people."   "Even worse retribution awaits those who attacks the Listener before he makes a deal." - it's "attack" not "attacks" here   -----------------   An all-in-all quite interesting bunch, and a well-crafted article. Good job! Normally I would suggest adding article blocks to your sidebar to fill out out visually and make the article more interactive and appealing graphically, but you do not have any articles related enough to put there, so B on that. Instead, you could put a long image there. How about this one:

and then write underneath something like "Be it wealth, station, or your life, winner takes all..." and write it in italic ^-^   you can use that image freely, if you want you can even use my WA space for it, the number is 74993, though I am not giving out any guarantee that I will keep it online forever. Still, I have used less than 5% of my space so far, so me deleting it for space is pretty unlikely within the next one or two years, and even then It'd be more likely that I'd just barter for more space with Dimitris.   So, again, great article, keep up the good work!

I love the idea of a mercenary organization taking payment in bets. I've not seen this before!

Solid concept! I'm not sure I would take the risk :P

Real interesting! Sort of like supernatural gambler-demon types. Do they have an agenda? Or is it just the act of gambling and doing, sort of like a supernatural entity more then someone with a long-term plan.

Thank you! Yeah, sort of. They don't seem to have an agenda, at least no one knows about it. There are some people who think that the Listeners fudge the rolls to only do what they want to, or even that they make people bet specific things by magic for some unknown reason. Many think that everything about the Kimentar is just a fiction and they're just usual criminals. So, most people view them as simply fanatics or criminals with corresponding goals.

I think it's a real cool idea!