The Valane family are known for their service in the military. Admiral Kya Valane was a serving officer in the Confederate Union fleet. She retired from active duty in 2330. The Valane family were members of the League and joined the Executive Committee in 2325. She was also part of the 2330 executive committee.   Kya Valane retired as a fleet Admiral in 2330 and entered politics, joining the military minded centrist party the Wellfield Alliance.   Her daughter, Captain Rebekka Valane, joined the service 2316 in the Fleet, achieving the rank of Captain in the year 2325. Rebekka Valane took up a staff role in 2330, operating from the Mars fleet base at Cydonia. She joined the General Staff on Earth in 2335. Rebekka Valane was promoted to Admiral in 2339.   Admiral Rebekkah Valane retired from active duty in 2355 to go into politics.   The Valane family helped to found the Proteus Corporation in the 2360's which merged with pharmaceutical giant Kroenen in 2367 to form Proteus KP.   Director Valane died in 2369 during the JS1E1 crisis and was succeed by her daughter, Governor Matilda "Tilly" Valane-Sawyer. She was appointed Attorney General under President Axxelson   In 2375 A/G Valane-Sawyer was named as Director of the FSI   In 2388 Tilly was named as Grand-Duchess of Mars and served for 17 years as the Minister of Communications, overseeing Fleet Intelligence and the IIS   She was abducted by marines during the Mutiny of 2406 and whilst she was not harmed or mistreated and returned, she died in 2410.   Her daughter, Empress Ivy Valane, succeeded her as the scion of the family dynasty 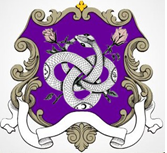 5th Empress of the Terran Empire