Whereas the Elves have their Crystal Casting Armors the Raitin have the Storm Armors. Even though they did not invent the concept of using Falls in armors, they are the ones who thought further and improved it. Having almost any soldier be capable of some form of magic, that is a powerful tool.
— Yamaderis

The idea of putting Falls into armor originates from the Elves in Aelerium. They used it to create their Crystal Casting Armors which enhanced the abilities of their casters.   The Raitin on the other hand went a different path. Since they did not have the skills to create the Casting Armors they enhanced the original idea. Their Storm Armors required less time and skill to make and was less prone to accidents occurring during creation. But most important of all it allowed them to have non casters use limited magic.

The Storm Armor is required for using electric weapons as it is the powers these. A Cloudcrystal is the powersource for the armor and needs to be recharged at least every month. The armor itself has the stats of a full plate armor but without the strength requirement.   Additionally it gives the wearer some other benefits. Anyone wearing a Storm Armor is less influenced by gravity which mean that they can always safely reach the ground. The wearer can also make use of the Shocking Grasp cantrip at will.

Who the true inventor was of the Storm Armor is not known outside of Raitinshin. It is thought that the invention originates from the Raitin Citadel research labs where many Raitin and Tenari are at work to improve the military.   Although the final stages of the development would have taken place there it is unlikely that the first trials would have been done in the Citadel. A removed locations would have been best if the original attempts were anything like the Crystal Casting Armors. The tendency for violent explosions would have been difficult to prevent.

Once the armor were deemed safe for use they started to be rolled out in the military. At first there were only a few elite troops who had access to the armors, but eventually the entire army would be able to receive them. By the time the Pavan-Raitin War a significant portion of the army was equipped with Storm Armors.   The power running through the armors also allowed the Raitin to start using electric weaponry. At first these were electric swords but eventually the would be used for ranged weapons, the electric rifles. 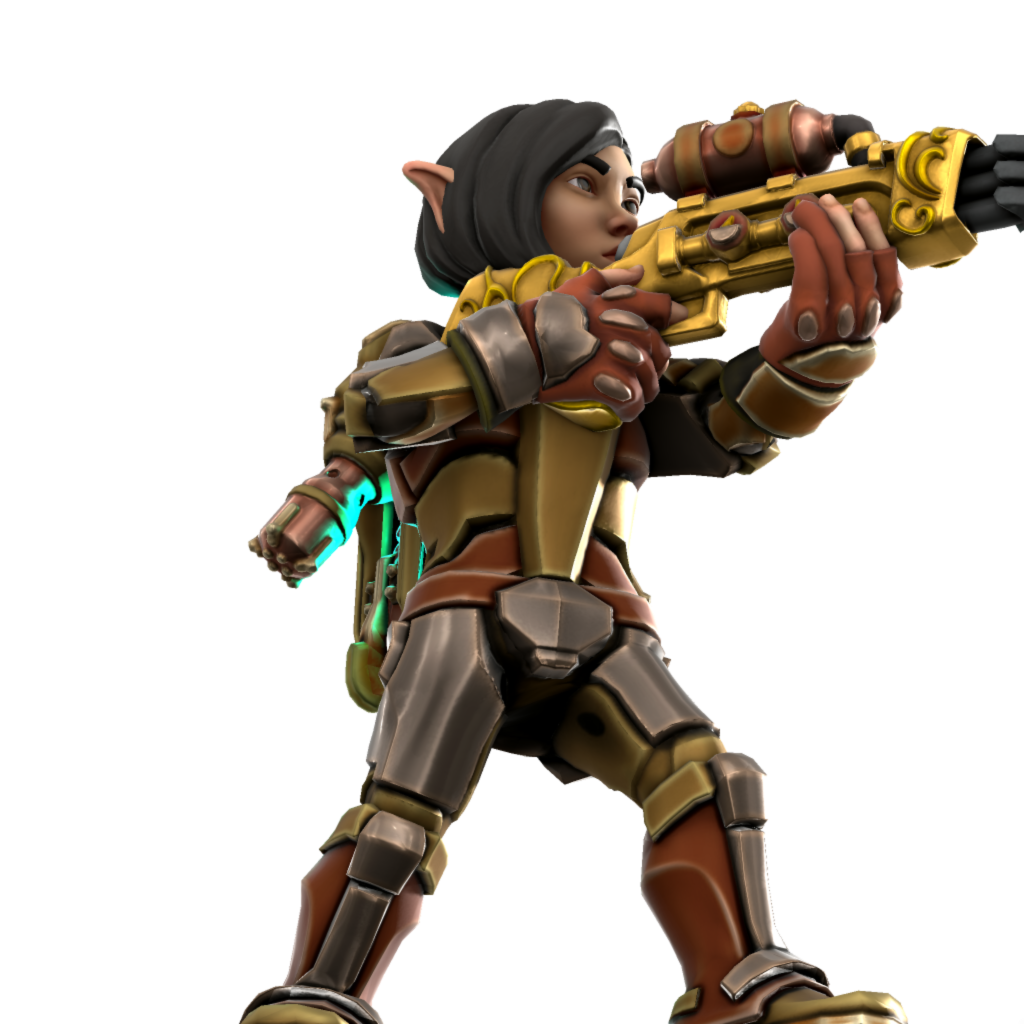 Storm Amor by Kefkejaco with Heroforge 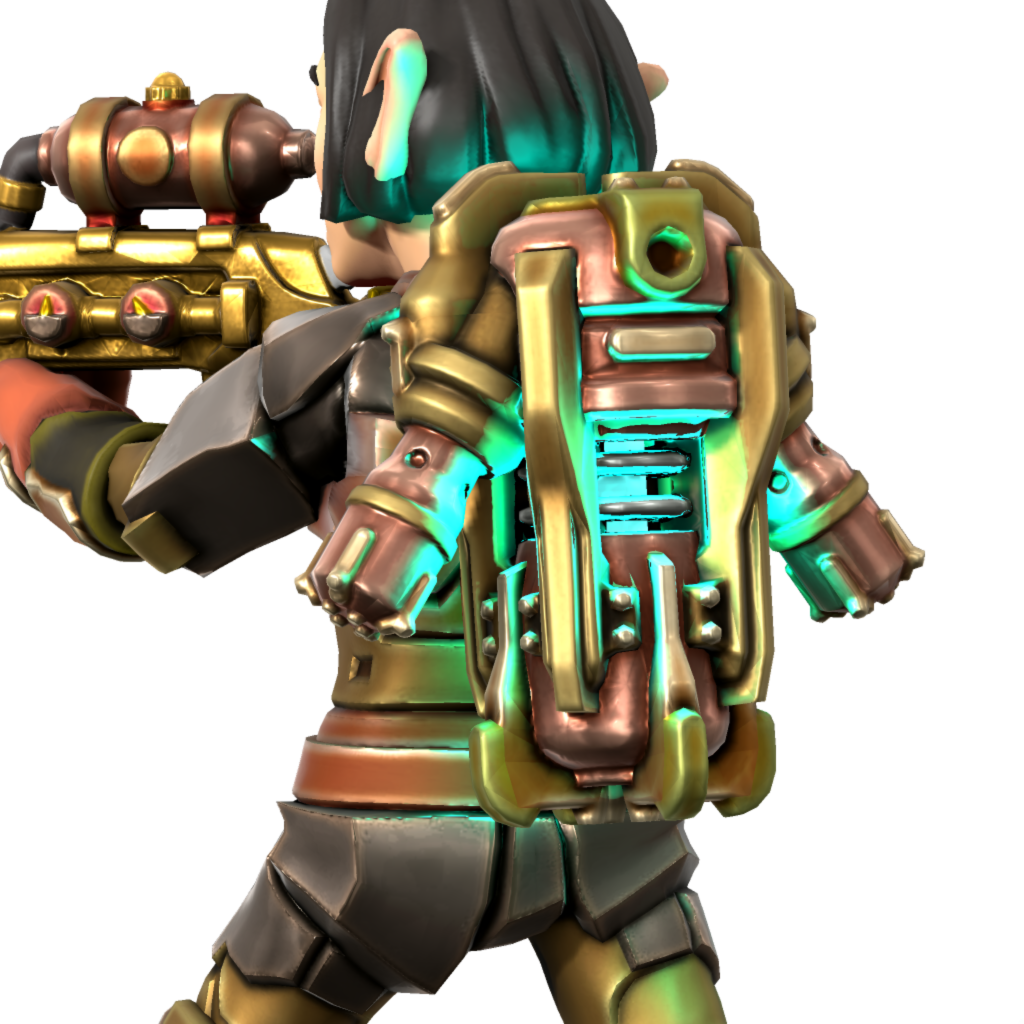 The base of the armor is made from a form of steel which in itself would be quite heavy for a Gnome to walk around it. But due to the magic from the Cloud Crystal the armor itself does not seem to weigh that much. If the crystal would ever become fully drained this aspect would stop functioning.   Throughout the armor there are some place made of flexible drained crystals which are used to get power from the core to any linked weapons.

The Storm Armor can be used by non caster because it has a charged Cloudcrystal attached to it. The encasing for this crystal is on the back of the armor and is well protected. The crystal supplies magic to the hands of the wearer through the interior of the plating. This allows for some degree of magic use but most importantly to charge any weapons that the wearer of the armor is holding.

The exact process of creating the armors is a closely held secret of the Raitin. Nonetheless they are comparable to Crystal Casting Armors and many were found after the Pavan-Raitin war. The armor itself is filled with flexible empty fall crystal. The technique used here is different from the casting armor since it does not allow a caster to gain any benefit. This is because the crystal has a somewhat different structure which does not allow the same amount of magic to flow through.   Those who have studied the armor therefore think that the Raitin method does not use the liquifying of the crystal by a caster. It is possible that liquidation is still part of the process but it is more likely that this is done through industrial means.

Very interesting armour when paired up with the electric weaponry. :3 Would like to wear those as well.

Thanks! ^^ Yeah they are pretty handy in a fight :p