Well the Tenari do have some good qualities. They are intelligent, organized and hardworking. Many of the inventions that this world received have originated from Raitinshin. People would really look up to them.... if they were not such big douches whenever they can.
— Yamaderis

The Raitin themselves were still rather unknown until the start of the Progressive Era. They were a reclusive people living in the Crystal Valley to which not many people travelled. According to some the valley was deemed cursed due to the frequent mists and rampant magical surges.

When the Raitin started to leave the valley they did so in full forces by invading much of their neighbours such as the Tenari.

The knowledge they gained from the Tenari allowed them to advance their technological prowess which would over time make them the most advanced nation. Many of their inventions, such as airships, have now , however, been adopted by other nations now as well.

The Raitin people can be found in Northern part of Oneraga, mainly in the Crystal Valley.

The Raitin actually share a lot of their origin with the Tenari. Originally they are thought to have originated from southern Oneraga not far from the current Crystal Empire. But whereas the Tenari settled in the Halishi river region, the Raitin are believed to have travelled further north into the Crystal Valley.   Supposedly they migrated there at a time when the Chaos Tempests in the region were disappearing. Before it was considered a dangerous region to live. The high amount of magic in the region though, would still have caused some challenges.

Information about them of the period that followed is lost. They would not pop up a lot in other texts until the start of the Progressive Era. Nonetheless, some information did make it ouside of the valley. Historians think that during this period the Raitin were more inward focused with an emphasis on their traditions and religion.   Their society mainly stagnated at this point. Power was being held by religious leaders and a small ruling class. Although it is not certain, many assume that the military of the Raitin was also not very strong during that period. This was also not needed since not many people would have wanted to invade the valley.

What happened exactly that caused the societal shift in Raitin society is a topic that is still debated. But it is most likely that their Sovereign Prophecies had something to do with it.
The Crystal Valley
Open full size

What caused the original Gnome migrations is still a topic heavily debated by historians. Some believe it could have been related to wars in southern Oneraga while others believe it to have been some kind of magical disaster that caused them to flee north. The exact timeframe is also an unknown variable but it is assumed the migration happened around the start of the Avaronian Era.

Several decades after the creation of the prophesies a Raitin by the name of Honorishi rose to power. According to sources of the time he interpreted the scrolls in such a manner that he saw it as his destiny to achieve something great.   Over the course of the years that followed he united the different settlements into one coherent nation which he called Raitinshin. This was, however, not achieved without a good amount of bloodshed. But despite his brutal ways he did bring some positive change as well. He increased the amount of people allowed into the ruling class, increased trade and improved many of the ancient cities.   His rule was not liked by the priesthood on the other hand, who felt like they had lost a lot of their power. They did not act openly though and chose a more indirect option by convincing Honorshii to take on increasingly dangerous tasks. The invasion of the Tenari homeland is believed to have been orchestrated by them. And although it did prove to be a success in the end, it did cause Honorshii to lose his life without leaving an heir.

The priesthood tried to take back control but soon came to the conclusion that the power of the new ruling class had become too difficult to remove. After a civil war the nation came under the rule of a council existing out of the various ruling families. The priesthood, however, still maintained a position of power. They became the keepers of the Sovereign Prophecies and would lend the Council their interpretations.

With the increased technological knowhow of the Raitin they eventually started expanding further. Their rist expansion were to the north to get access to the ocean there. Eventually they would continue their conquest until they got to the Cathulem border. The resulting Pavan-Raitin War turned out as a loss for them and the nation would from then on focus on gaining the technological upperhand first.   This scientific quest has given rise to many new technological wonders such as the airships and storm armors. Despite their best efforts however, other nations have been able to copy some of their ideas. 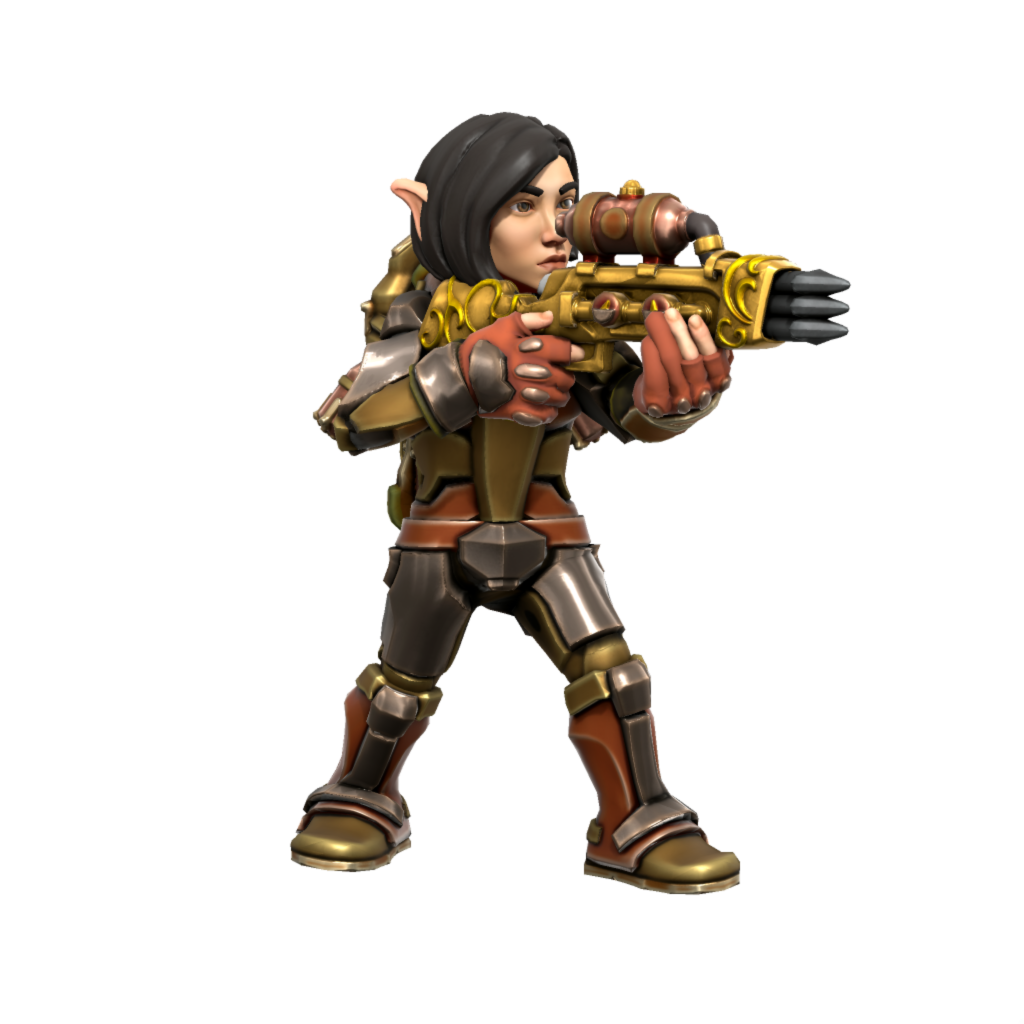 The stagnant and relgious period of the Raitin has already been relatively far in the past. Nonetheless it still has left a big mark on their current society. The religious teachings of the Sovereign Prophecies are still important. According to them the success of the founder of their nation is just a testimony to the fact that they are the chosen people, set to fulfill the prophesies.   The priesthood itself is a position which is mostly held by women.

With their vision as the chosen people comes the idea that they need to work as hard as they can to help with the fulfillment of the prophesies. This makes them very group minded and are less tolerant of individualism. The good of the community should always be held in the highest regard. Any type of work should be done as close to perfection as possible.

Maintaining good relationships with those around you is seen as an important standard to uphold. In all matters the Raitin should be polite and restrained against eachother. It is not common for a Raitin to just voice their opinion directly, they would first make hints to the fact that are going to give an opinion. To an outsider a Raitin disagreement would look like an exchange of fancy words with the true opinion getting lost somewhere in the middle of it.   In matters of romance the Raitin are also pretty polite. Courtship can take a long time due to this. In general the societal gender difference is small with all sexes being able to enter the workforce and hold positions of power. In a relationship though it is often the woman who runs the household.

Although they are a pretty rigid society the Raitin do find time to appreaciate beauty. The main method they do this is by drawings, mostly about natural landscapes. This kind of art is actually not only practiced by artist but people of all professions. To many it is seen a form of relaxation and it is not uncommon for every member of a household to go outside on a free day to draw something that catches their eye.

The Raitin mainly use wood and natural stone in their buildings. The lower floor is typically made from the stones of the area linked together with a form of cement. The higher floors in wood are decorated with mythical creatures which are often painted on the outside but can also be engraved. A common sight at the front door is also the statue of a dragon with a crown. Most people, however, can't pay for such decorations.   An exception to the rule is the Raitin Citadel where some buildings are actually made out of metal. They are more basic looking and not considered pretty to look at. 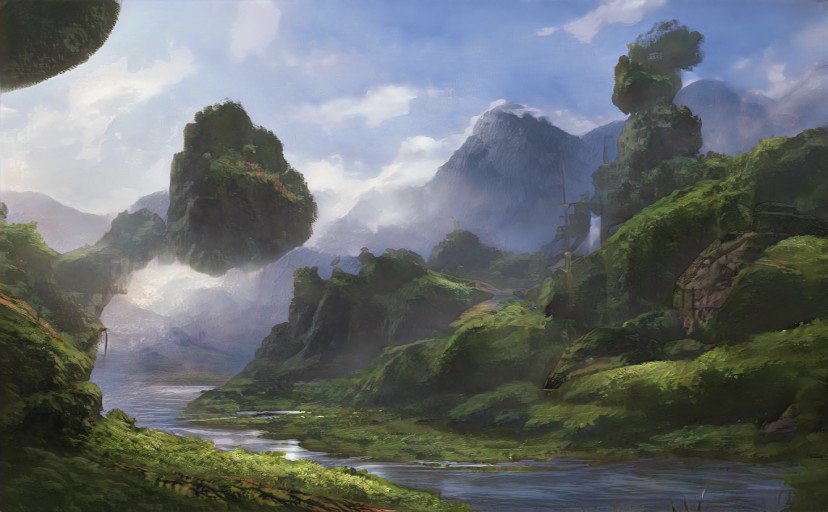 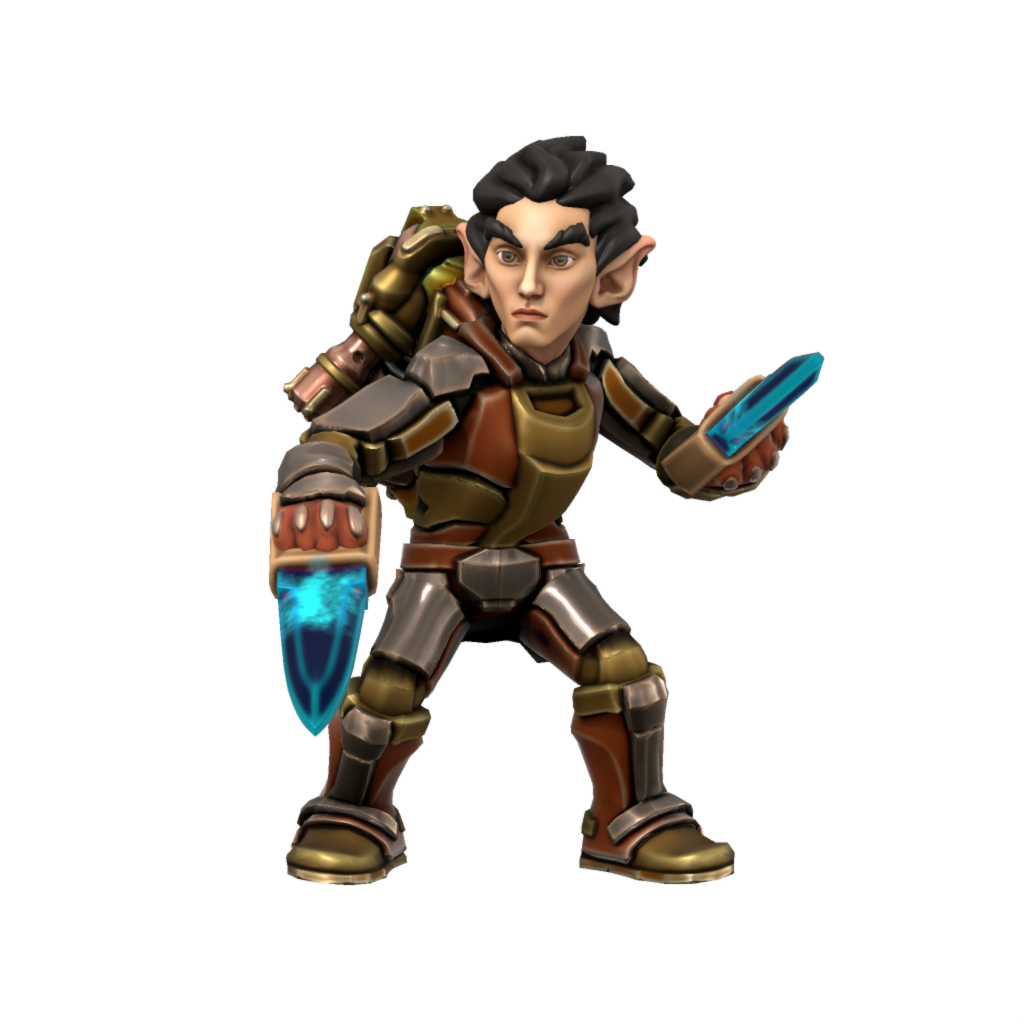 Spellblade by Kefkejaco with Heroforge
Currently the Raitin are known as a technological leader. They are responsible for many new inventions and were among the first to start industrializing.

Perhaps the most important of their recent inventions is the airship. With the use of Cloud Crystals the Raitin have succeeded in creating the first flying vehicles. They have completly changed how their navy works with this invention.

Another important invention that they managed to use in their military are the Storm Armors . These are basically well designed armors which protect the wearer like regular plate armor. However, the Cloud Crystal in the container on the back allows the user to actually use limited magic even if they are not a caster. The armor is always combined with its related weapons.

The Electric Weapons require a Storm Armor to be used but give the wielder a clear advantage. On melee weapons it gives victims additional shocks on a hit. But the currently most frequently used weapon is the electric rifle. By using the magic of the armor a soldier can use it to shoots lightning bullets to the enemy. This concept is also used in cannons.

The clockworks of the Tenari were improved over time after their conquest by the Raitin. The Raitin wanted to use them for military purposes which eventually resulted in the first Clockwork Golems. The hulking constructs are , like most Raitin stuff, powered by Cloud Crystals. Although they have not been used in a war yet they are assumed to be quite the force to be recokoned with.

I like the Raitin a lot more now that I've seen them from their own perspective :p I like how you've chosen to present this article, seeing the quarrels between priests and nobility for powers, and then seeing what characteristics the Raitin value :D

Hehe I gave you some sympathy for them :p I wanted to give him more of a reason to be the way they are so I am glad I succeeded in that ^^

Yeah they are :p But know you know a bit more about there thinking behind the poking :p