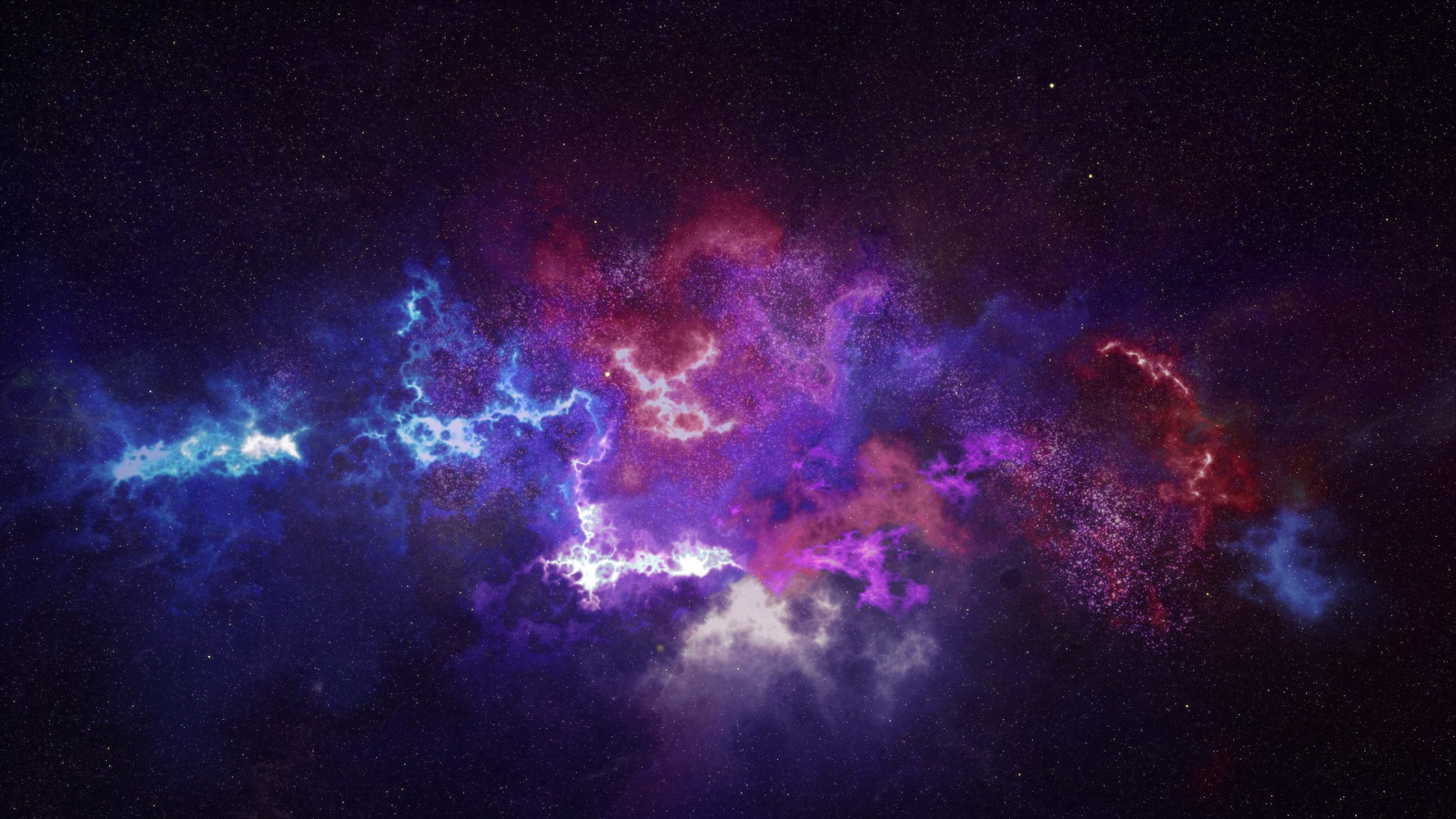 
The Scourge is the largest tragedy that has ever befallen our people. Both my father, the founder of our order, and my mother succumbed to it. I was lucky to escape its maddening and lethal grasp but I fear when it would return. This my fellow Keepers is why we must always be vigilant and kill any feral dragon we can find.
— High Sage Syronikir

The Dragon Scourge was a disease that wiped out the majority of the Dragon and Dragonborn population in the period 347 BF to 333 BF. It is thought to have originated from feral Dragons that lived in the more remote regions of the world, presumably Avak'am.   Before the Dragon Scourge the Dragonborn were the second largest population group. At the end of the Scourge however, only few survived and only the most isolated settlements managed to remain healthy. In Farlis the oasis of Adroon became the sanctuary for most of the remaining Dragonborn in central Farlis. The largest remaining groups of Dragons and Dragonborn can be found along the Oneraga east coast.   After the Scourge any feral Dragons were hunted by mercenaries employed by Dragonborn out of fear that a new outbreak might arise. Feral Dragons are immune to the disease but can be carriers. The ones that are carriers appear to be more resilient than the other feral dragons.

The reason why the disease spread so easily in ancient times was because of the 20 day incubation period between the infection and the first appearence of symptoms. A settlement could therefore already have a large amount of infected even before the first symptoms start popping up.   The main method of transmission of the disease is thought to be direct contact although other methods are not fully ruled out. Most of the info comes from historic accounts since possible carriers, mostly feral Dragons, in current times are often killed on sight.

From what little information is available the old disease is assumed to thrive in the warmer climates since the most of the Dragonborn in the warmer region of Niorath were hit the heaviest. Dragon and Dragonborn further from the equator seemed less affected. But due to new cases from feral Dragon carriers in northern Idravil it is believed that the disease could likely have evolved into a new strain.

After infection it takes 20 days before some light symptoms will start to appear. At this stage it is rather indistinguishable from a regular disease like the cold. It is only after day 25 that the larger symptoms start to arise. Generally this stage lasts until the 32nd day of the disease when the infected will either go into a coma and eventually die due to lack of food and water, or pull through. After 40 days the infected individual will start to recover in case they survived the peak stage of the disease. Some will suffer major damage to the brain and turn into completely different persons.

Before the 20 day incubation period is over the only way to detect the disease is through magic. Afterwards the first light symptoms start to appear:   After 25 days start to arise: On the 32nd day of the disease the infected will either enter a coma and eventually die due to lack of food and water, or only suffer minor neurological damage.

The disease has such a big effects because it targets the brain and causes major damage among the neurons. The infected will first display erractic behaviour and will start to have difficulty walking as the headaches become stronger. The coma state signifies that the neurological damage has become severe and only very few recover from this stage. Those that manage to pull through this stage always become feral.   This started the theory that the first feral dragons came into being because of an old comparable virus. Feral Dragons themselves appear to be immune to the disease.

The Dragon Scourge is not effectively treatable by any means other than advanced healing magic. No medicines have been found to heal it and any medicines that are used will only alleviate the symptoms. Only during the coma stage the infected can be somewhat helped by giving fluidlike food and water. This however puts the administer at risk of becoming infected as well and since any survivors from this stage become feral, this is never done.

The lasting effects of the Dragon Scourge are quite different for Dragons and Dragonborn. Some neurological damage is always present in the brains of the survivors of the disease but for Dragons the problems are often more severe. A Dragon that survives the Dragon Scourge will almost always become feral and a carrier of the disease. If this is the case they are killed.   Those that were not killed but set loose into the wild often infected new populations or decimated non-Dragon ones. For this reason many Dragon and Dragonborn countries have issued laws that feral Dragons should always be killed.


This Dragon Scourge disease seems very peculiar to me. Before I went into cryosleep the Dragons and Dragonborn were still very influential in the world and one of the only species able to hold back the vile Selefer. But this disease made an end to all that while not affecting any other race.   To me this seems like something that could have been engineered. We tried to do the same against the Selefer, unsuccessfully.
— Yamaderis

Answering: "a medical condition which is feared by some"
Visit Kefkejaco's Competition Page Check all other answers to this prompt Competition Homepage

Join Niorath Discord!
Use of content: Do not copy any work displayed here! You are allowed to use my world's content while playing with your group.   However, you are not allowed to copy it and include it in your own products except when explicitely allowed by written permission from me.
Cover image: Nervonia by Gam-Ol on pixabay
This article has no secrets.
Article template
Condition
World
Niorath
Category
Diseases and Conditions in Encyclopedia Nioratha
Author
Kefkejaco
Publication Date
2 Jul, 2021
Creation Date
2 Jul, 2021
Last Update Date
17 Jun, 2022
Visibility
Public
Views
281
Favorites
17
Comments
5
Work In Progress
Tags
SC 2021

Oh! Very mysterious quote at the end... This would be a great biological weapon...   Seems like a dangerous disease, neurological ones are the worst :(   The only comment I have is that I would need an explanation of what feral dragons are in the first section to help understand the distinction and also to make sure why people had to kill the survivors of the disease since it came a bit out of nowhere - I'm guessing they just all go mad and attack people? :p

Thanks ^^ If you want to know the origin you can use the new self assign subscriber group as well :p   Yeah I could perhaps add that somewhere. In the lasting effects section I did discuss what happens with feral Dragons that are set free :p "Those that were not killed but set loose into the wild often infected new populations or decimated non-Dragon ones." But I could add that somewhere at the top as well :p

Ah! I thought I was already in the group but I must have unsubscribed instead *facepalm*. I see the explanation now :p

Very interesting article! Did any survive the plague and the hunting?

Thank you! ^^ Yes there were some who did survive but it the Dragon and Dragonborn population was absolutly decimated and never went back to the numbers they were before. Some feral dragons also survived but they remain mainly in very remote areas.

I think the concept of a feral dragon scares me as much as the disease itself. Great work!

Thank you ^^ Will expand on Feral Dragons in an article at some point I think :)

Wow, 25 days before serious symptoms crop up, and then only a week until coma and death?! That is one sneaky disease, although I suppose that’s the point! I’d love to read more on feral dragons.

Yeah indeed very sneaky! And that is why so many Dragons and Dragonborn were completly decimated. And for SC I made a Feral Dragons article now ^^

Haha yeah, I promise I'm working through my notifications!

Oooo very nice. Sad that wiped out dragons though. Doesnt sound fun. I like how you include the immunity of feral dragons. Carriers are an important detail.

Luckily not all sentient Dragons died but they were never again so numerous. Yeah those Feral Dragons are heavily tied to the disease making some wonder if it orginally also came from them or they were created by a similar disease.