Vallea is a land of exotic variety and diviners. They act as a religious capital and, what they lack in material wealth they make up for with their culture and niche ability as tinkerers and diviners... further enhanced by the fact they are not reliant on Runic Shards for their items to work.   They are ruled by the Vallea family who have ruled them for time immemorial, partly through charisma, partly through victory's at war with other countries and partly for their ability as warriors...    The weather of Vallea is almost as unpredictable as it's magic and people as the land itself is in an ever lasting state of heavy snowfall but the Heat of the forge of the Ademre leaves the ground so hot the snow melts on contact and melts quickly in a weird natural method of survival. The snow doesn't overrun the land because of how quickly it melts whilst the volcano heat should make the land inhospitable (yes, it's that hot). The snow fall cools and allows life to exist on that surface... the world is strange but has found a spring season balance in that and is caught in a cycle of spring.   Vallea's most controversial movement in the wider world of Namarie is, undoubtedly, their treatment of wizards and their hard line stance on magic as a whole. Due to the presence of The Chromat Arcanists, Vallea have had to make difficult choices and it has built a deep distrust of magic as a whole... though ESPECIALLY a hatred of Wizards, those who chase arcane power for nothing more than to have it.    Because of this, Vallea have gained a large amount of controversy with their interview processes and schools for those who wish to become spellcasters... as well as their stance on sending captured wizards straight to Grim Hallow's island.    This also led to the creation of the Inquisitors. Warriors that are capable of smelling magic and even smelling the type of caster a person is, especially if someone is wearing a 'mage's band', a wristband that is indicative of the type of spellcaster someone is (visiting wizards are given a black band to signify that they are not allowed to cast any magic in Vallea). Tampering with, or removing, these bands is seen as a deep offence.

Vallea is owned and ruled by the Vallea family where all decisions are deferred to them.   Within city's there are Burgomaster's who answer to and carry out the orders of the Vallea family and message them with decrees. Part of the reason that the Vallea family have lasted so long is there are few individuals who can form and deal with an entire country's work and problems as well as the Vallean family have, though it leaves them short on time for other times and often very self-isolating or unwilling to evoke massive change due to the built system.

Vallea seek to look after themselves and aren't especially ambitious in their endeavours.

Vallea are not an especially rich or wealthy land and are not as rich in resource as Nomtai or Thornden but they get by due to their inclusivity and heavy export system as well as very little outer investment or reliance on imports such as runic shards (The shards enhance the divination ability's of Vallean 'Tempo Setters') Vallea's other main export is their purple dyes found only on their beaches and enhanced by crafts unique to their nation. The purple dye is a sign of true nobility and often is the go to gift for visiting royalty... it is deemed a slight on the visitors if a purple dye is not included in the design of a gift.

Vallea was established and ruled over by the Vallea family since the beginning. It has seen turmoil and strife but was settled by the family.   It has since become a land of seperate growth that has relied on its own self sufficiency to prosper as best it can whilst accepting all visitors in all forms, this has led to a huge amount of variety in the country. 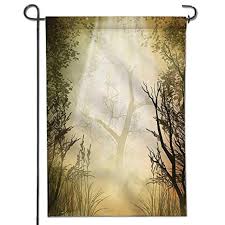