It was always wonderful to witness the community-toast at the long-table dinners. The collective shout gave her goosebumps every single time, though that could also just be the wind.

Eating together as a group creates a bond in a way only a few things do. The Treil have long ago figured out the great benefits of having social dinners and do so often. The number of attendants varies depending on where the dinner is held. If it's held in a big town, there is often a public dinner table in every town-district. If it's a small village, it's not uncommon to find tables made to fit every single resident in the village.

The history of long-table dinners

The Treil had fled from The Country of Ildres because of the other Iwachi hunting them as if they were rodents. When they arrived in the cold north and settled down, they were vulnerable and in small numbers. It was vital that they stuck together and that no one turned on their neighbours.   At the beginning of the history of the area, before the chieftains and high-chieftain got everything organized and under control, things got violent. Desperate people ended up stealing from other Treil and that usually had a tragic ending for one of the parties involved. To combat the divide between the residents of the small communities, they organized the long-table dinners. They also made sure that all food was laid into a lair and that everyone got enough food. No one was allowed to hoard resources for their own personal benefit. Not while others were starving.

Elements of the tradition

That meant that at least once every week, everyone gathered in the village centre and cooked dinner together. Afterwards, they'd all sit down and start out with saying thank you to their ancestors before filling their glasses with either water or whatever beverage they had on hand. When everyone had gotten their drink, they'd all raise their glasses and shout something along the lines of "may the future be bright and our hearts united"   Afterwards, the food is given out and eaten. Usually, all the plates are at the end of the table near the food. The ones sitting there are often the settlements chieftains, and they're the last to eat. Plates are filled with food and then sent down, wandering from hand to hand. This means that those on the far end of the table get their food first. The chieftains often choose to serve the food, as it's a sign that they're servants of the people. Not rulers, but leaders as well as a part of the community. 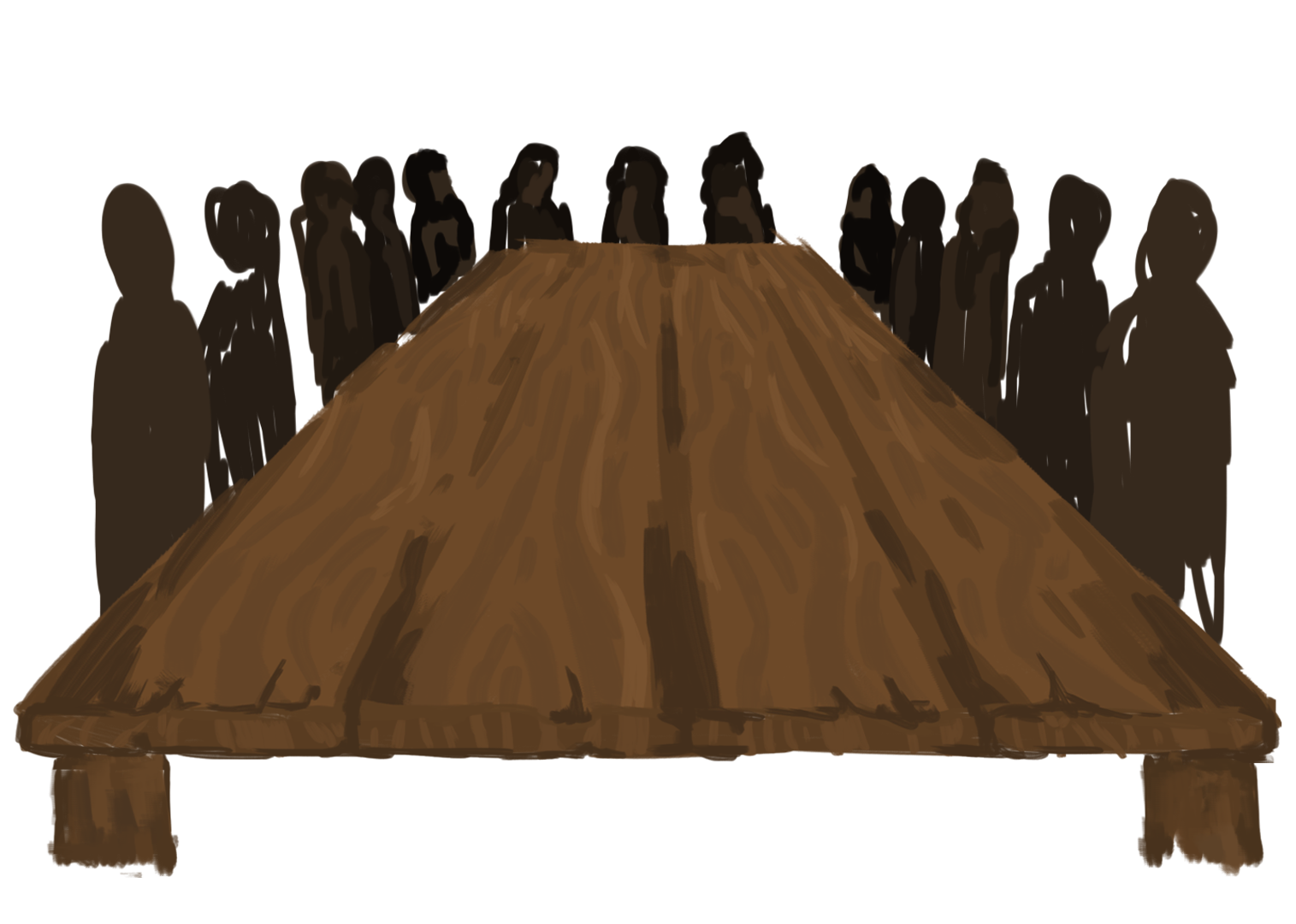