The Lady of Will and Work

Lady Illainoore was an esteemed Edrean politician who did significant work to protect the villagers of Olcha from Iwachi invasions as well as rebuilding infrastructure and farms. Furthermore, she is known for taking up the fight with the old-style lords and paving the way for women in the royal councils. She was born in 659 AK and died at the age of 82 in 741 AK.

When she rose from her seat, everyone quieted down, even the king held his tongue   Articulate, sharp and direct words flew from her mouth as she spoke her case. What happened in that room on that day would benefit many thousands of innocents.

Illainoore was born a noble. Her mother and father were high Lord and Lady in Olcha at the time of her birth, though it was mostly her father who handled the politics. She grew up in a house with 3 brothers and one younger sister. During her childhood, she was often overlooked and encouraged to pipe down and not let out her strong views and opinions around the other minor lords from the area. 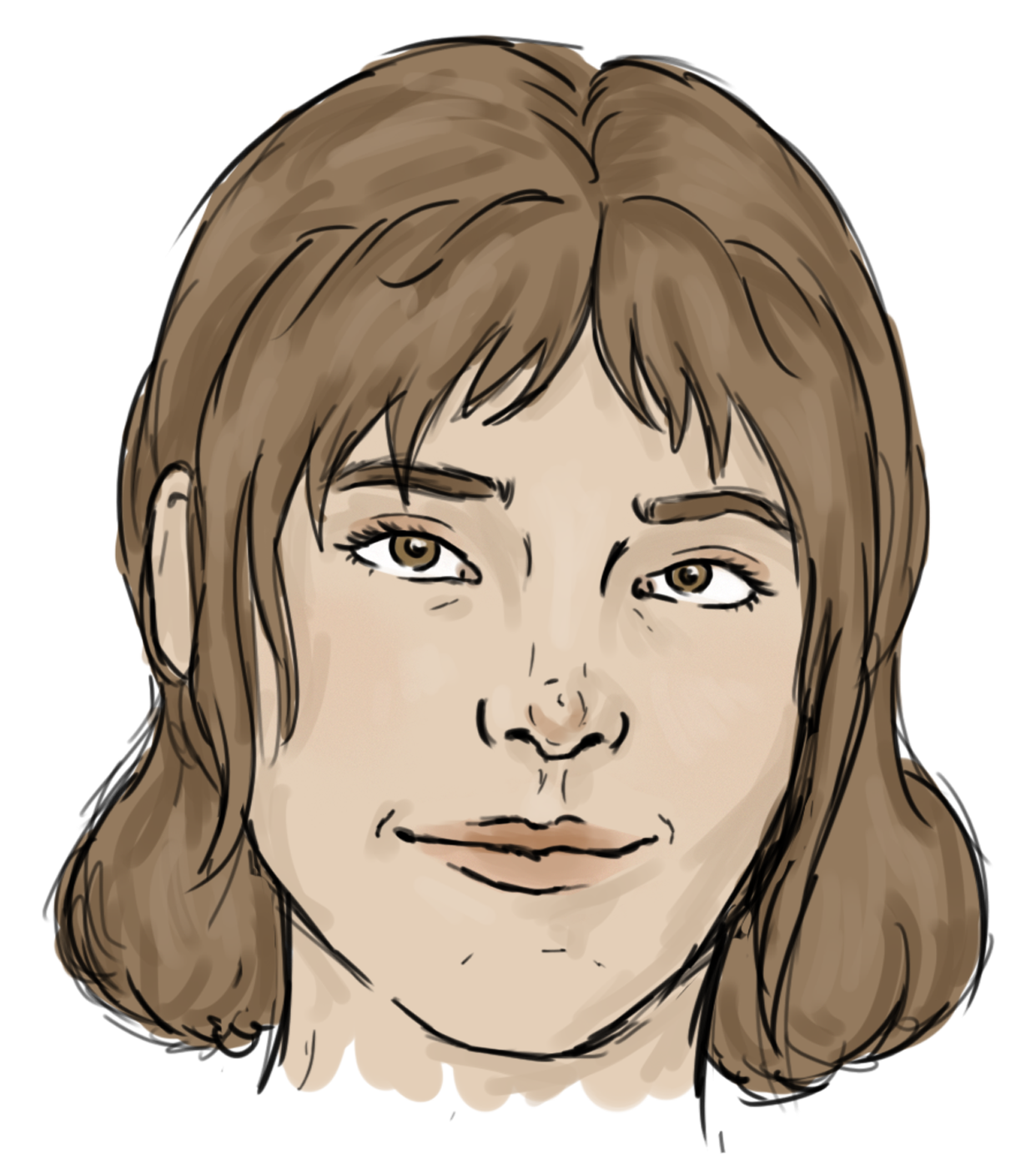 You better not open your mouth when the Lord and Lady Areen arrive!
— Lord Jeeln, Ilainoore's father

Her father often said that she was an embarrassment. She was ridiculous for thinking she could possibly say anything that was worth the Olcharian council's time.   Ilainoore's brothers were encouraged to take part in council meetings and they were heard in most of their ideas, a stark contrast to the treatment Illainoore was getting.


Fighting her way up

However, it was not impossible for a woman to get a seat on the council. She spent her teenage years making connections to the other noble families of great influence in the area. This was done in secrecy as her father certainly wouldn't have approved of her actions. Mingling with the other council members during balls and dinners ended up paying off in the long run.
She had made a point of discussing politics with them at every chance and soon many of them were under the impression, that she was a young and bright person.   She went behind her father's back the next time a new council seat had to be switched and got herself nominated. This infuriated him and he made sure she didn't get the spot, through intimidation and bribery.   A younger noble let Illainoore know about her father's actions, and though not surprised, she was disappointed and hurt. 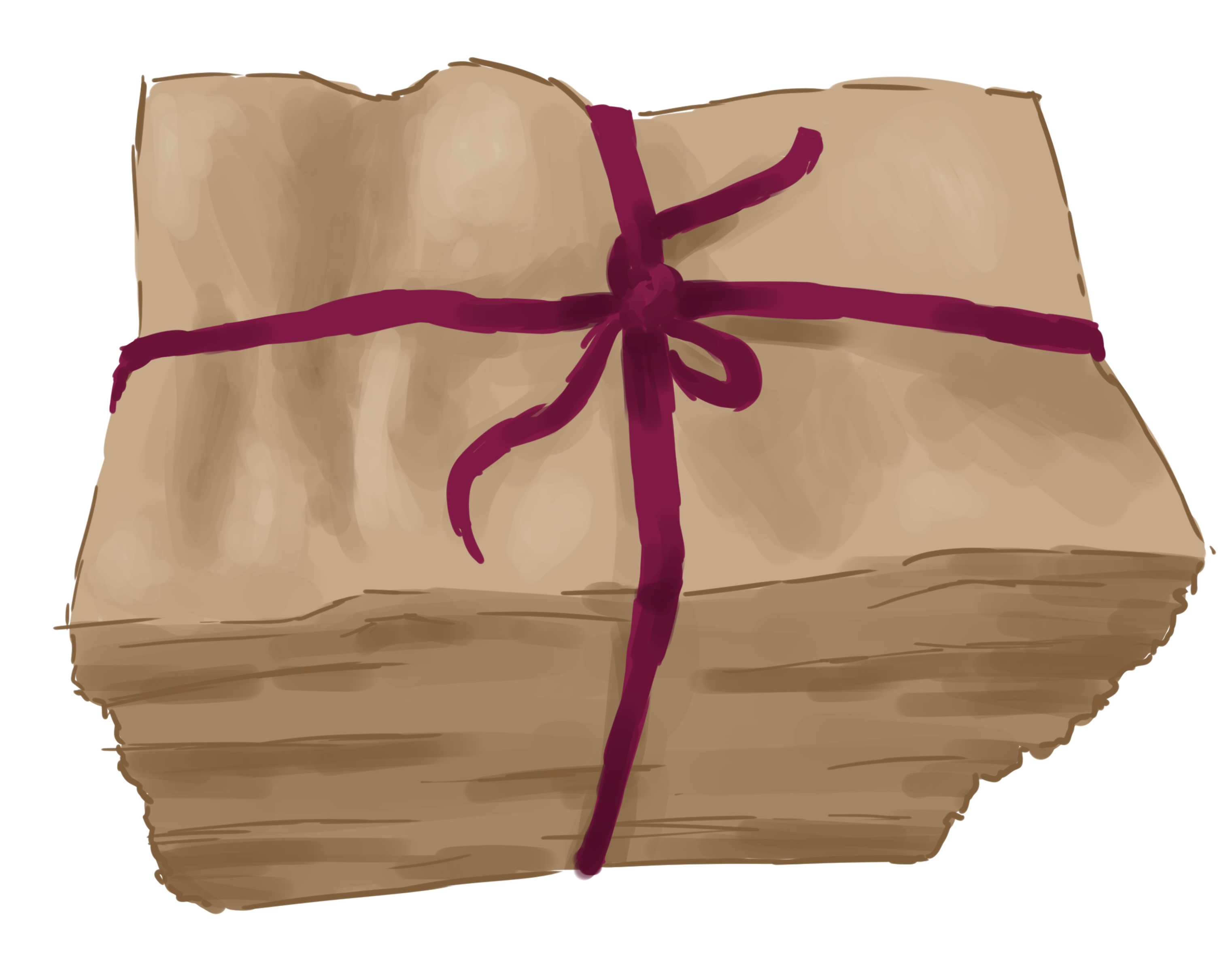 by Ninne124
She didn't give up though and when she was 31, a new seat was made available and this time she made sure that her father could not tamper with the votes of the other council members. The gleam of a knife in the dark of night frightened Lord Jeeln enough, he didn't do anything this time. He expected the outcome to be in favour of the candidate he had nominated, but to his horror, Illainoore was chosen for the vacant seat. 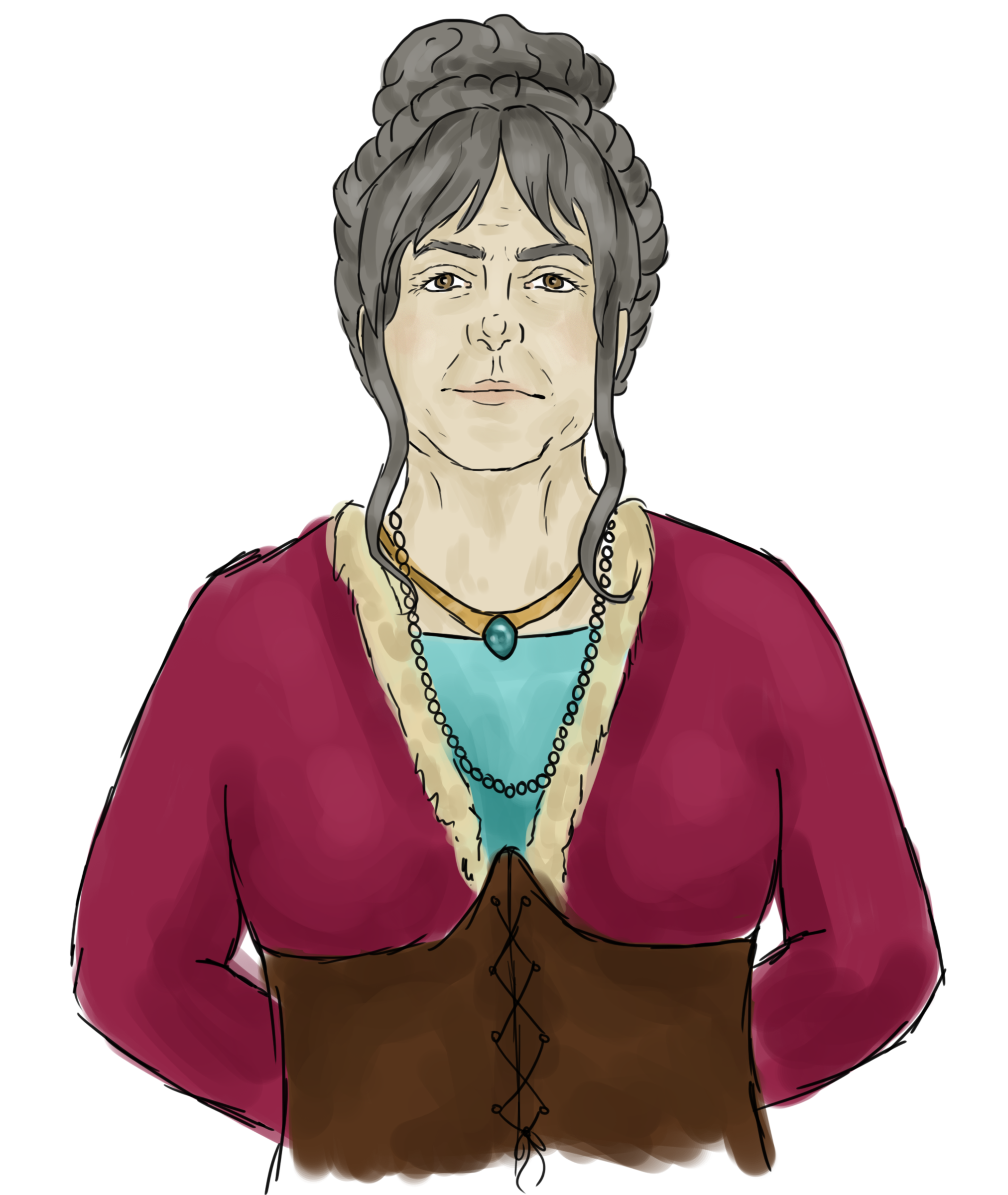 The day of the lady Illainoore

is an important date in Olcha on which people are encouraged to go out of their way to help someone else who is in need.   Anything from moving a flower pot from an old lady to feeding the poor is seen as a significant enough action. SCitizens are even seen competing, which goes against the principles of the day. But it usually ends in more good deeds, despite the being misguided.   It's all done in the spirit of Illainoore, to honour her continued fight for the people. This holiday is held at the beginning of spring, on the date where Lady Ilainoore went and saw the king.

Illainoore's most influential time as a politician came when she was well over 45 years old. Up until then, she'd fought for infrastructural improvements in the area of Olcha. Her efforts were mainly focused on the western parts as these were especially plagued by raids from The Country of Ildres, often causing significant damage to houses, roads and bridges. She was also the deciding vote in whether or not more defence should be put up in the south-west, which meant that fewer civilians were dying.

The Lady of Will and Work


Her greatest contribution to the people of Olcha was, however, none of those things. In 707 AK, Illainoore went through the entire council system - all the way up to the king - to make herself heard. 5 years prior, the attacks from Ildres increased rapidly due to the drought both nations experienced. The Iwachi stole everything edible they could, which left the farms ravaged and vacant in Olcha.   During those years, most infants and elders died from malnutrition and starvation. When the drought ended, the other regions in Edrea flourished well on their own. 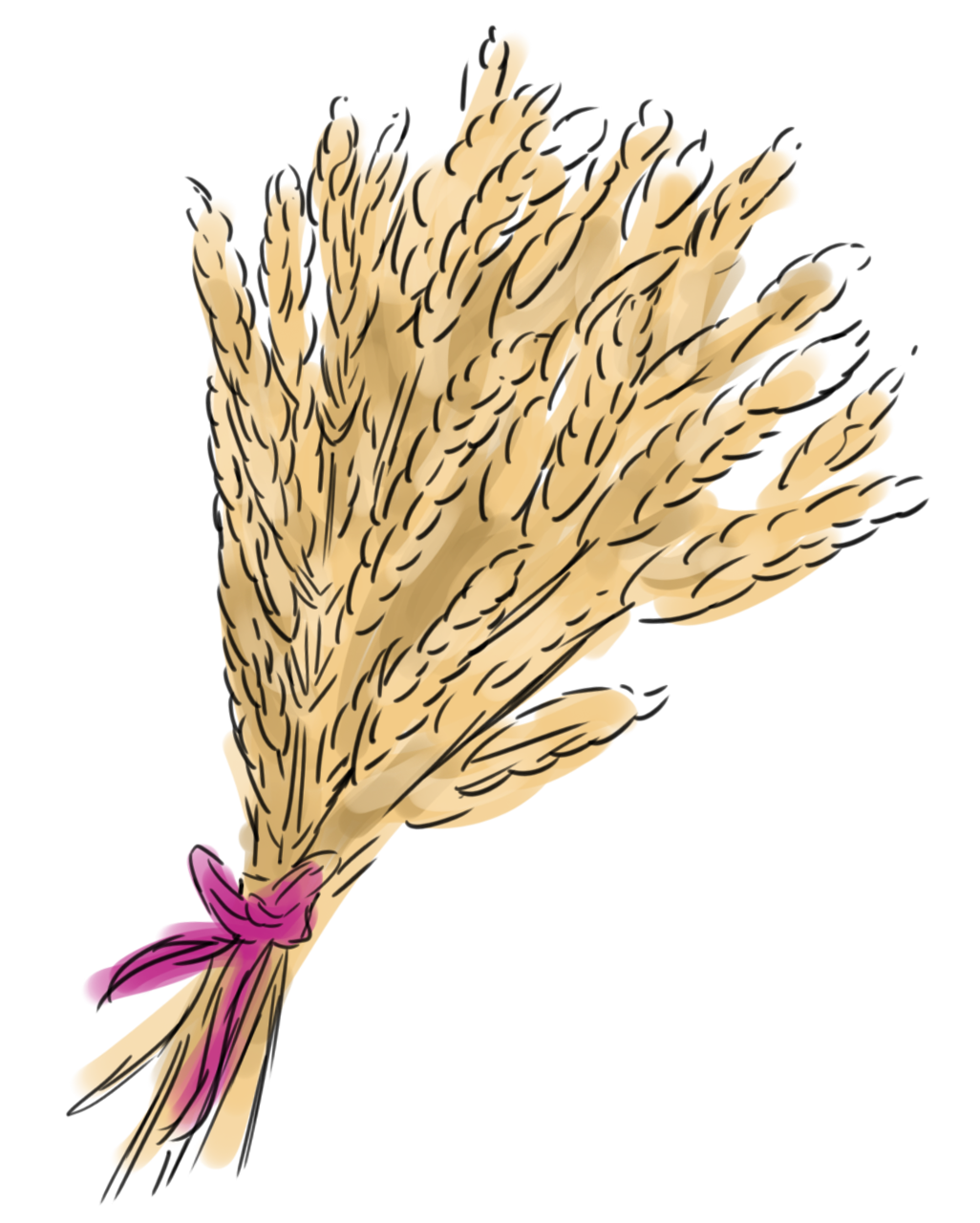 by Ninne124
But the Olcharians didn't manage to produce enough crops to feed everyone, as they were extremely low on resources and the attacks hadn't stopped coming.   Illainoore managed to convince the king to send out a department of the royal military to guard the borders as well as send some of the best builders in the kingdom so that all of the farms could be rebuild.   Resources were shipped to the area, though not quite as much as Illainoore would've liked, but enough to push the area out of despair and save many weak from premature death.

After a long life of fighting and changing her surroundings for the better, Illainoore retired from politics and went to live away from her family.   At the age of 64, she moved to a small cottage several towns over where she lived in peace until her death 18 years later. Illainoore never married or had any children, but rather, she lived in the cottage with her lifelong companion called Filha. The two women had met in their younger days and had stuck together through thick and thin. Filha didn't marry either and the two lived together for many years. Most people remember the two as being the most loyal of friends, but a few people know better.

Illainoore died from a heart attack at the age of 82 in the arms of Filha. She had had a few years of bad health as her age caught up with her.   A big ceremony was held in the woods behind the couple's cottage and people from all over Olcha attended. She was buried right next to her favourite tree; the very same one she and Filha spent most of their evenings at. A small statue was raised to honour her in the nearby town. Some leave offerings such as flowers or corn in hopes of blessings from her spirit.

This article in its entirety was written and drawn in the last 4 hours of the challenge.   Note to self: stop procrastinating.

What a sweet love story. <3 That stinks about her father. What did he do after she won the seat?

Thank you! ^-^   He couldn't do much since the decision was made in the council, but they fell out and only spoke when they had to, (usually about council matters.) So in that way he did kind of punish her.   Thank you for leaving a comment Solar :D

I honestly appreciate the art; I am a sucker for people illustrating their own work, and your style has a lot of charm to it. The beginning quote has some oomph to it, I like that. One small suggestion would be about this part:

Even the king held his tongue, which only happened on rare occasions when there was a council debate in session.

I don't think you need the second part. "Even the king held his tongue" is a very strong statement on its own, the implication is there that it doesnt happen very often.   Oh man, her dad sucks ass. I like that her political career started as a rebellious move on her part. Serves him right, what a prick. (I have no tolerance for bad parents, huh.) Also two happy elderly gays. YES. GIMME. She worked hard her entire life, and got to be with someone who loved her. Honestly... sounds like a good end, to a very productive life.

Thank you for the comment Rusalka! ^-^   I've changed up the quote! Thank you for catching that; it sounds wayyy better now :3   I couldn't help myself, I had to give her a happy ending after the turbulence she went through with her fam.

A great piece Ninne, I got some satisfaction out of the second election. A knife makes a fantastic equalizer! Haha.   I'm curious if she had any other achievements? It sounds like infrastructure and sending resources to Olcharians were the only two? I love the holiday dedicated to her actions, and how it is specifically in Olcha!   Great piece Ninne, and thank you for submitting to the Premier Politicians Challenge!