The Astalles family, where the main branch is the ruling dynasty of the Empire of Dercia and have ruled from the city of Pearlhal since they were elected to power some generations back, other branches of the dynasty is ruling over states like Grand Duchy of Ved and have marital ties with several other ruling families and nobility. Throughout history the Astalles have generally been seen as good rulers, there have been exceptions to the rule from time to time but those have only been able to sit on the throne for a short time before a more well suited member of the family was able to throw them out.   Over the millenniums the family have acquired a lot of famous members, most of them having been lost to history but some of the famous members of the dynasty includes people like:   Crown Princess Ira : Loved by the people as someone who listens to their needs and is generally seen as having the potential for being the best ruler the empire is going to have.   Emperor Malthin II : The current emperor of the empire and is generally seen as the one responsible for what some people are calling the second golden age for Dercia.   Cyna Astalles: She gained her fame as the general who took the last citystate still not under Dercian control and with that brought peace to the region, during the siege of the last city she and a small group of elite soldiers managed to sneak through a poorly defended part of the wall and where able to open the gates for the rest of the army who took the city. 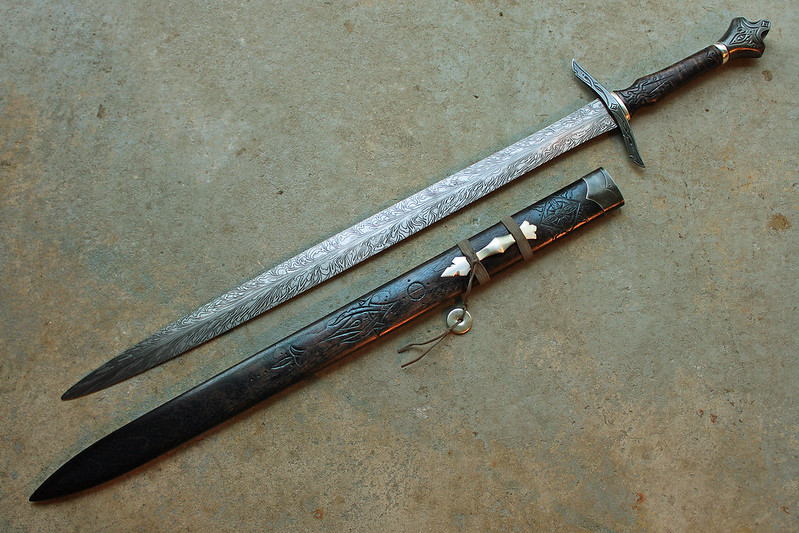 Telepënár by David Delagardelle Cedarlore Forge
The "Silverlight" is the symbol of Royal power in the Empire. The legend goes that as long as a Astalles sits on the throne with this sword in hand, Dercia will never fall.   Current holder of the sword: Emperor Malthin II    The "Silverlight" is a magical sword said to have been created by the gods but no one is really sure of when it was created and when it came into the hands of the Astalles,  when in the hands of a member of the royal family the sword will in darkness, when unsheathed shed moonlight, creating bright light in a 5 meter radius and dim light for an additional 5 meter.

The family can trace their family back several thousand years to around the time when the Crienia  people were beginning to form.   No one is sure who was the first Astalles, not even the extensive library of the family can say for sure who the first was but a common saying is that a certain Kaylein Astalles was the first one to go by that name.   The families rise to power is one of luck and being on the right place at the right time, the saying is that when Pearlhal  was first created they started out with something that eventually evolved into kings and queens, but after some hundred years the people got angry at the king at the time and lead a revolt against the throne and succeeded, the rebels then tried to set up a republic but because they all wanted different things they could rarely get things done, and when the people were beginning to show signs of anger towards the rulers, they in an effort to avoid the bloodshed that had been the first rebellion elected Kaylein Astalles grandson as king on very strict conditions that narrowed the true power of the king down to that of a tiebreaker in votes in the newly formed senate. Over the centuries the royals were able through some clever marriages and actions to gain more and more power until they had reduced the senate's power to just that of giving advice to the kings and queens. It was a descendant of Kaylein that were able to form the Kingdom of Dercia  and later on turn it into the most powerfull country in Mirateia, the Empire of Dercia . 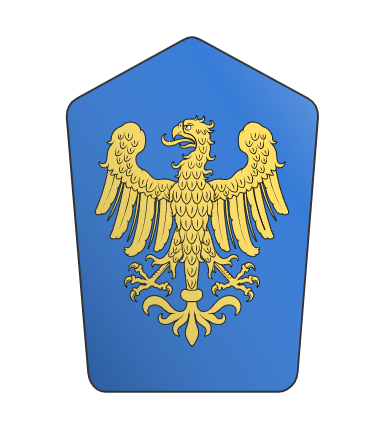 Out of darkness we bring light.