Work in progress.
At northern coasts of the South Velkas stands the Republic of Amaever. Known from it's culture, talented mages, refined scholars and diplomatic relations, people of Amaever are greatly appriciated by their neighbors.

The republic is governed by House of Councillors, formed from representatives chosen by the people. The highest authority is held by Grand Chancellor, whom works as head of government. Under House of Councillors works the City Councils that hold power in specific regions, deciding on more localized politics on their specific area.

The Republic of Amaever was founded 29th of Dec 2264, after the fall of Amarillis-dynasty. After years of unrest, dynasty fell during the "Autumn Harvest"-rebellion. Lands of Amaever were divided, and there was no agreement leadership of the broken nation that had been stitched together quite hastily in the first place. This divide was the start of Amaeverian House of Councillors, and step to far more peaceful direction.   While the elves of Amaever have famously been most helpful with their neighbors and have gotten along with other people, it's early history is full of bickering and dissent among its people. While the common consensus seems to be found with most of its people, the Mydiir Island is still known to cause trouble time to time. The nation's symbol, sleeping lion, culminates the nature of Amaeverians perfectly: noble, prideful people mostly just interested in a peaceful existence, but terrifying once provoked.

High elves are the dominant race in Amaever, but the area is also a home for sizable minority of Halflings. Occational Human or Sea Elf might find their home in Amaever as well. In the deep forests population of Firbolgs have been reported, but these communities live by their own rules, seperating themselves from rest of the society.   There is also several nomadic Wood elves moving in the area, but their relationship to Amaeverians is tedious at best and out right hostile at worst.

As an area, Amaever includes parth of northern shores of South Velkas on edge of Inner Sea, and the Mydiir Island.
Amaever
Open full size

This is the map of the Republic of Amaever, mighty elven country in the South Velkas. While relatively small compared to it's neighbours, land bolsters impressive amount of magical knowledge, rare in this part of the world.

Amaeverians have established themselves as an integral part of Velkasi politics. As mostly elven people with high capabilities in magic and a vast amount of knowledge in their disposal, Amaeverians have worked as advisors, teachers, and mediators for humans around them. It is quite common to see Amaeveraians all around both North- and South Velkas, establishing connections and studying among other races while helping them with their knowledge they have accumulated with their long lifespans. 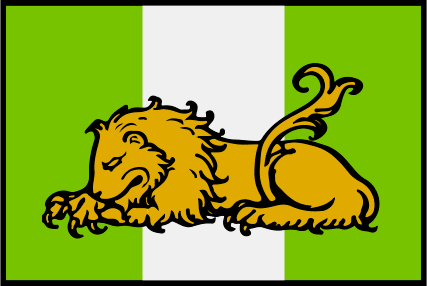 Articles under Republic of Amaever

Tiirikka i like the article,very good,i like the map too.i noticed 2 spelling errors just to let you know,copy/pasted below.   population of Firbolgs have been reported, but these communities liofe by their own rules, seperating   i like to let people know so it doesn't affect the article.

Thank you Aemon! x3 It helps when someone catches the typos, I miss them often. ;w;

no worries,i'll keep looking out for your Articles,i like and enjoy your world and work.