Hermitage of the Golden Forge

Manifold Sky    Religion and Philosophy      Forgism      Hermitage of the Golden Forge
The Hermitage of the Golden Forge is a small Forgist monastary located in the fog-veiled mountains of Caudal C6. Because of the intentionally selected for inhospitability of the environment - especially to verdial life - the Hermitage recieves only the a few of the most dedicated Forgist (and sometimes Knappist pilgrims.

The eponymous Golden Forge is a ritual space built around a monolithic cube of iron from the Eiquereus Craglands. The outside of this iron block is clad in layers of beautiful pyrite except for a shallow basin at the middle of the top face. Ancient erosion - and, now, regular use as an anvil-altar - has exposed the raw iron beneath this basin.   The sanctuary of the Golden forge lies at the center of a garden courtyard which is, in turn, surrounded by the rest of the monastery buildings. The overall layout of the monastery is square, with taller square stone buildings at each corner joined by broad halls to enclose the courtyard. The roofs, floors, benches, and tables are comprised of thick panels of lacquered pine which was originally logged from the surrounding countryside, giving the whole place a rustic appearance.

The Hermitage of the Golden Forge lacks many modern amenities, including consistent electrical power. Should assistance be required - usually involving an injury, missing person, avalanche, or rockslide in the nearby mountains - the monastery does have a small dieseltech generator, fed by a fuel biosynthesis reactor, to power its relatively weak RadNet transciever. Assistance for the Hermitage usually comes in the form of Petalcap Vale Customs Authority search-and-rescue teams.   On rare occasion, a passing New Cobalt Protectorate troupe will alight upon the monastery grounds, carefully disguising their true identities by passing first and foremost as Knappist pilgrims seeking enlightentment. In truth, this is a part of the Protectorate's watchful efforts to safeguard Forgist and Knappist learnings for future generations, as the Creator (in his guise as the Knapper of Spirits) is crucial to the founding philosophies of the Protectorate itself. As such, would-be book thieves and those who would seek to use money and influence to pervert the monastery's teaching (i.e. the Verdant Order, Vale Toil Front, and Asbestos Boys) find their efforts frustrated before they can get truly underway, as Protectorate agents keep their secret vigil from both within the Hermitage and abroad. The Order of the Golden Forge, for their part, are wholly unaware of any of these activites, believing themselves to either be extraordinarily lucky or simply too isolated and uninteresting to attract the intests of bigger geopolitical players.

The Hermitage of the Golden Forge is isolated high among the surrounding mountain ranges, shielding it from outside view and making it difficult to reach through modern means. The only nearby field for airships to land is a clearing among the rocks lower down the mountain, and this space is not long enough to land in or take off from unless a given airship is an aerostat (i.e. requires only buoyancy, not air speed, to stay in the air) as opposed to the vastly more common aerodyne. As such, some pilgrims charter liftcoach service from the sparse Petalcap Vale settlements on Caudal C2 to the holy site; this is one of the few modern applications of this otherwise outdated technology. Regardless, once one arrives at the clearing, a pilgrim must make the ardurous journey up the rough-stepped path, braving the cold, dry winds and occasional snowfall to finally reach the monastery.   Once at the Hermitage, pilgrims are either admitted into the guest hall or, should the rare occasion arise that too many of the guest rooms are full, will be invited to camp beneath a nearby pine copse. Pilgrims spend their time at the monastery taking in sermons and participating in artisan rituals with the Forgemasters and monks found at the monastery. Those looking to undertake manuintimations in absolute privacy - and who find the Hermitage relatively vacant of other pilgrims - may make use of permanent ritual spaces built explicitly for this purpose. A large archive of esoteric Forgist texts may be found at the Hermitage, with some being the only surviving original prints of Classical Verdial pre-Forgist treatises, and visitors may be permitted to peruse them under the close supervision of an Order librarian.   In exchange for their services, the Order of the Golden Forge requires pilgrims to assist in the care and upkeep of the monastery when not involved in private religious practice. The monastery is largely self-sufficient, meaning that visitors should not expect food and water to be simply provided unless the visitor is absolutely destitute. The Hermitage also does not advertise its presence to outsiders, as it is not intended to be visited for any reason other than as a part of an individual's purposeful spiritual journey. For those willing to take on all the travails and responsibilities of a pilgrimage, however, the Golden Forge is open to the pilgrim for as long as the pilgrim requires.   Indeed, if one spends an entire year at the Hermitage, maintains a good standing with the monks, and demonstrates a high degree of religious or artisanal knowledge, the monks may offer the supplicant admittance into the Order. Some Forgemasters in the wider Verdial Arc trace their ascendancy to their role among the faith community to just such a commission, spending many more years at the monastery before re-emerging into the world as experienced scholars and craftsmen in equal measure. 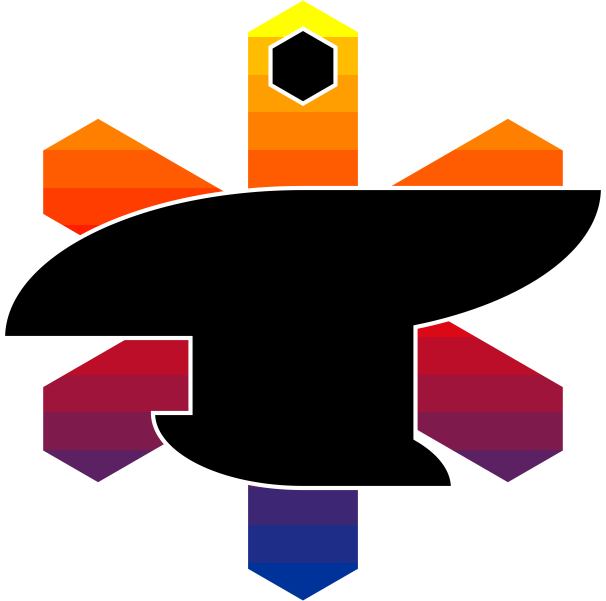 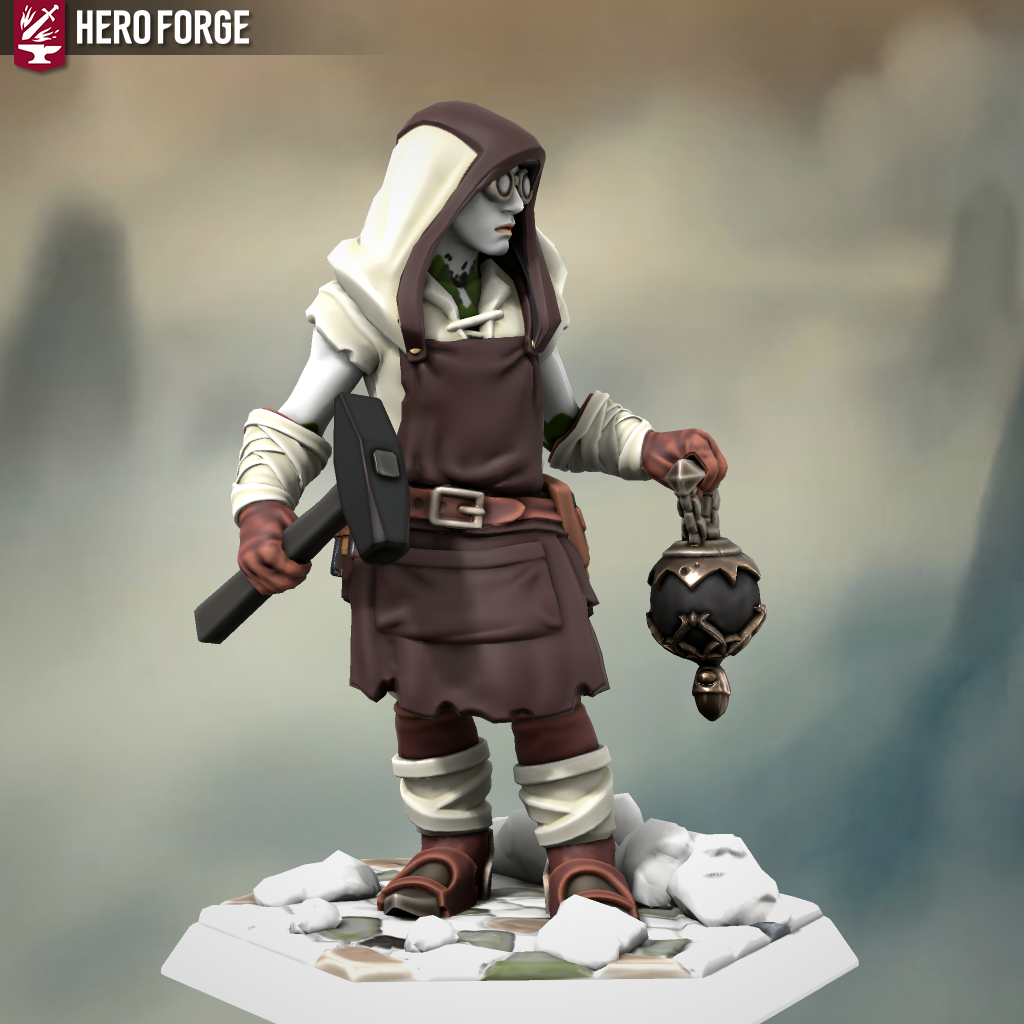 by Hero Forge
A member of the monastic Order of the Golden Forge, seen here with his ceremonial hammer, thurible for burning incense, and other tools to facilitate manuintimations. These monks maintain, remain secluded within, and carry out ministries at the Hermitage of the Golden Forge.
Forgism