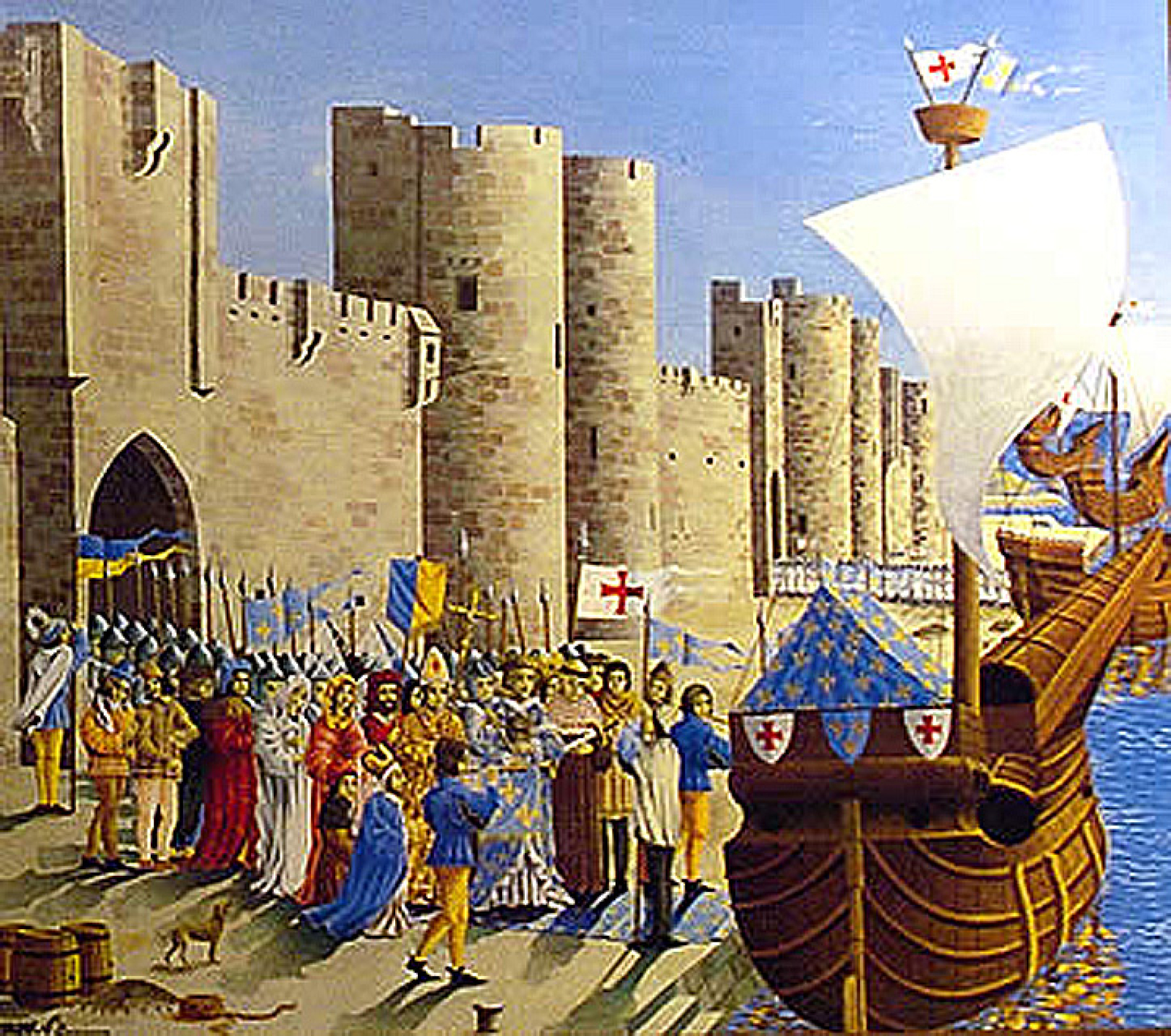 Also called the Friazin Faith and the “Garip faith” (though frequently its adherents are denigrated as “faithless”, “pagan”, or “accursed”), this religion is actually similar to the True Confession. Its followers also regard Gaal as the Redeemer who died on the cross, and place even greater emphasis on him within the Trinity. They recognize the Sacred Writ (which almost entirely resembles that of the True Confession), the Wisdom, and many of the same saints (even most of the Noriki ones).   Most of the differences between the two religions are political and cultural rather than theological. Most importantly, the Friaziny regard their Hierophant (or Supreme Pontiff), the Bishop of the City of Sinfina, as the unquestioned authority, above any other patriarch. Unlike the True Confession patriarchs, this Hierophant wields temporal authority, which he does not defer to any earthy Tsar. Likewise, this Hierophant does not permit any language other than his own Friaziny language to be used in liturgy. The worship and theology of the Friaziny Confession are more austere and intellectual and less expressive than those of the True Confession. Its officials and authorities often resort to logic and dialectic when discussing questions of faith, and they see the persons of the Trinity almost as beings with a specific psychology rather than aspects of the ineffable God. They place less stock in icons, though they do depict saints in the round (where the True Confession does not). Their view of human nature is also more somber, as they regard all human beings as born in sin, and destined for punishment in Hell absent God’s salvation. Their priests, though divided into worldly and monastic, are all celibate, and most are not bearded. These distinctions, which are much more readily apparent than any theological distinctions, cause both sides to regard one another with suspicion at best, and as apostates or heathens at worst. This is despite the fact that both faiths stem from the same Gaalite Tree, and regarded one another as co-religionists up to about three centuries ago. Owing to their growing estrangement, adherents of the True Confession do not refer to Friazny places of worship as churches, but as “shrines”. Of late, the Friaziny have been trying to expand their faith at the expense of the True Confession, especially in the Galindy Principality and on the western borders of the Dominion of Great Krinets. They offer especially tempting deals to individual princes, but True Confession bishops and metropolitans do their best to offer resistance.

Founded by the Companions of Gaal, 1300 - 1400 years ago. Split from the True Confession roughly three centuries ago.

The priests of the Ecumenical Faith believe in a Heaven and a Hell, but they are more likely than those of the True Confession to regard the latter as an infernal and fiery place, instead of a swampy subterranean Hades, or simply the separation from God. They also believe in a Purgatory - a kind of halfway house or antechamber to Heaven, where saved souls have to pay off their sins, and prepare to enter Paradise.

Theology   The worship and theology of the Friaziny Confession are more austere and intellectual, though less expressive, than those of the True Confession. Its officials and authorities often resort to logic and dialectic when discussing questions of faith, and they see the persons of the Trinity almost as beings with a specific psychology rather than aspects of the ineffable God. The priests of this order are more likely to be literatel, though in principle, the skill selection for these priests is identical to those of the True Confession. Their view of human nature is also more somber, as they regard all human beings as born in sin, and destined for punishment in Hell absent God’s salvation. This austere theology makes some friars more inclinded to apocalyptic thinking as well.   They place less stock in icons, and rarely if ever use them as holy symbols. They may simply use their crucifix to Invoke Trinity and holy water to consecrate ground. Their shrines (as they call individual churches), however, do depict saints in the round (where those of the True Confession do not).

Regular and Secular Clergy   While the Ecumenical Faith recognizes a distinction between the secular clergy and the regular clergy, as does the True Confession, the character of the distinction is different. All members of the clergy, whether monastic or not, take a vow of chastity and a vow of celibacy. There is, therefore, no distinction between a White Clergy and a Black Clergy. All priests of the Ecumenical Faith begin, at 1st level, as ordained priests, unmarried, and without formally recognized family bonds. They do not change status, though they are tonsured at 3rd level upon entry into their Order.   Friars   Since the Ecumenical Faith and the True Confession formally separated, a new type of monastic institution has taken root within the latter - the friar orders. The friars are itinerant monastics, who are not tied to a particular monastery, but instead travel the world to teach, enagage in empirical study of the faith, fight against heresy, and carry the faith to distant reaches of the world. As a result the priests of the Ecumenical Faith who appear in the Land of Nor' will almost certainly be friars. Not all friars are ordained priests - some are lay brothers and sisters - but all those who belong to the calling are.   Ordained friars, like all regular and secular clergy within the Ecumenical Faith, may become bishops, and rise to other high church offices. The different orders of friars represent different specializations, analogous to the True Confession's Traditions. The Orders are named after the specific habit or garment they wear. Friar Orders parallel the Monastic Traditions with regard to oaths, granted skills, prayers, and other features, which are all acquired at the same level. The correspondence between the Orders and the Traditions is given below.   Hierarchy   Ecclesiastical power is more centralized in the Ecumenical Faith than in the True Confession. Whereas the former is headed by five Patriarchs who are technically equal in power, the Ecumenical faith recognizes only one Supreme Pontiff at its head. The True Confession recognizes ecclesiastical power as acting in concert with temporal power, whereas the Friaziny Confession regards itself as superior to temporal power (however untrue that may be in practice).   For this reason, the Hierophant is much more immediately involved in the functioning of specific ecclesiastical bodies. He (or she) charters the individual Friar Orders, Monastic Orders, and Militant Orders. He claims the authority to oversee the investiture of all bishops (without always exercising it), and to bestow the imperial crown. He is also the sole authority with the power of Interdiction in the entire Church. This means that access to the most powerful priestly abilities is subject to a much more centralized institutional oversight than is the case within the True Confession.   Liturgical Language   Relatedly, the Ecumenical Faith has a single and unique liturgical language. Its Sacred Writ, and all prayers are in the Friaziny tongue, which also serves as the language of interethnic communication, and of learning, in all lands under this Church's sway.

Sacraments   All priests of the Ecumenical Faith are ceremonial specialists, like the priests of the True Confession. With the exceptions of minor differences detailed below, they gain the same ceremonies, and at the same level as the latter. However, they refer to these ceremonies as Sacraments rather than Mysteries.

Friar Orders   Greyfriars (Anchoritic) Order of the Leather Belt (Kenotic) Brown Friars (Cenobitic) White Friars (Hesychastic) Black Friars (Pantocratic)   The outlook of each order resembles that of its True Confession counterpart, though it is influenced by the more rationalist (but, paradoxically, more millennarian) theology of the Ecumenical Faith. 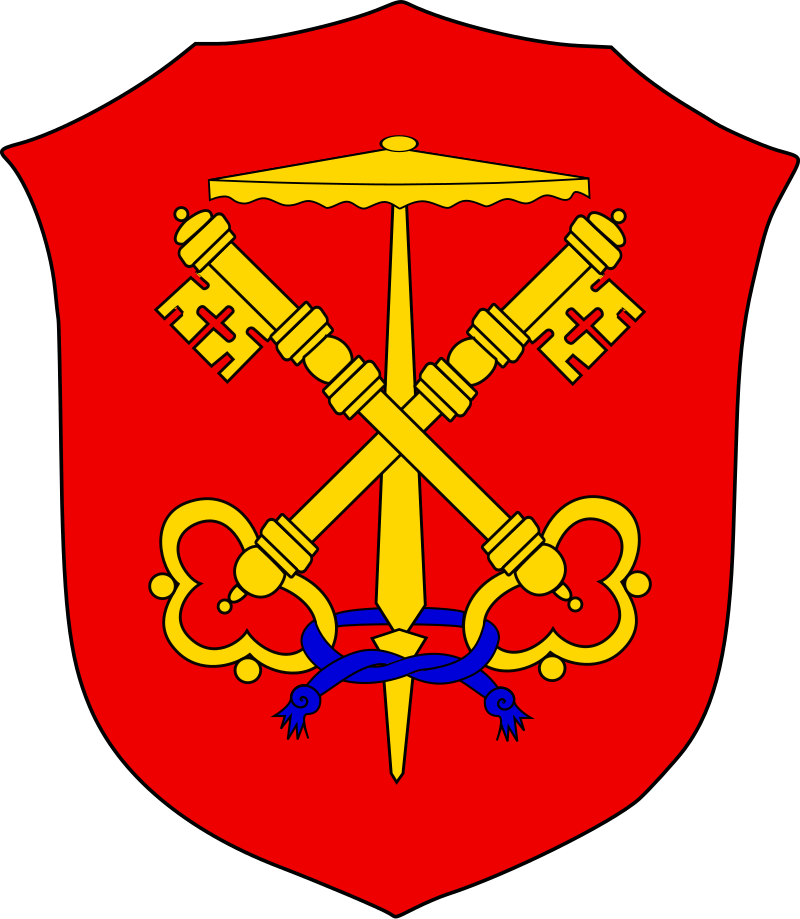