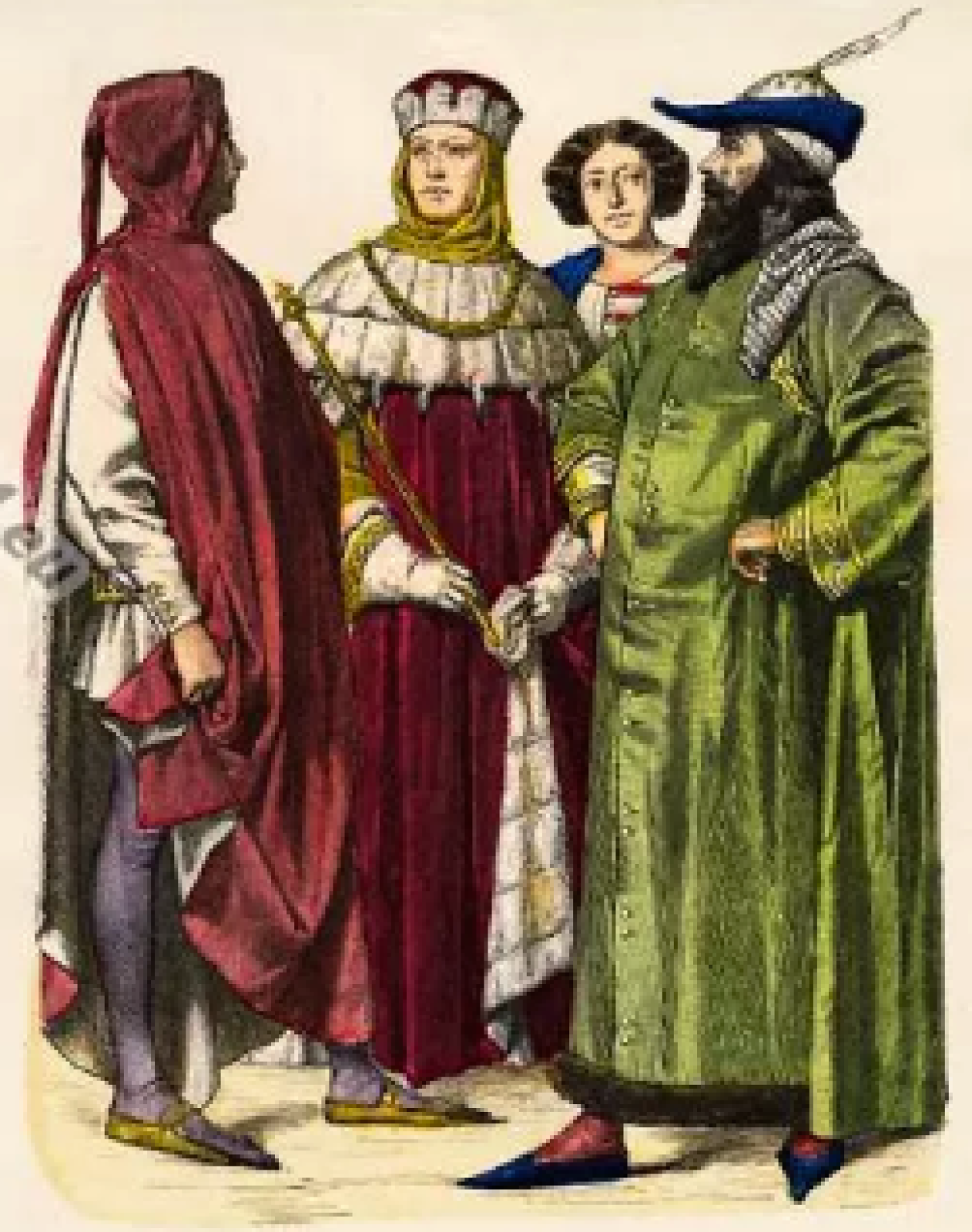 Present in cities to Nor’s south and hailing across the sea, the Friaziny are rich, sophisticated and haughty. They are heavily involved in the slave trade of captive Noriki run by the Kochmaki. In return, they send wines, oils, silk, and wonders from across the world. Most of the Friaziny who appear in Nor’ are merchants, though it is said that some of them are privy to ancient secrets and trained in the Dark Arts.   The Land of the Friaziny is the center of what used to be the Friaziny Empire - according to the Writ, the world's last. It is now also the residence of the Supreme Pontiff of the Ecumenical Faith - one of the main branches of the Gaalite Religion   The Friaziny are of average height and medium complexion.

Typically formed by putting de, di, da, or della after name, and before the place of origin. Surnames typically end in i, o, a, illo, etto, accio, one, and similar suffixes.
Related Organizations