In the ruins of the Empire of Meihua as a major craft city linked to the West through an immense cross-continental trade route, it soon was crowned the Capital of Yulan Sheng.   Now under the careful eye of a dictator-like ruler yet functioning as one of the world's largest areas of production and spouting a rhetoric of freedom through work, Liangxin has become a strangely conflicted area in the recent years. The Zaidali Familija lurks in the shadows amongst the city's own nefarious clans, and despite the temples and gardens of purity that the city boasts, the ghost of the Wolf awaits its next meal...

Most of the citizens of Liangxin are human, largely as a result of Meihua causing human populations to explode across the Eastern Continent. Despite this, the city is still fairly multicultural - nagaji and kitsune often show their natural features instead of hiding behind magic or veils, and ratfolk, catfolk, and the occasional vishkanya can easily be found across the city. Dwarves and elves do not find the city comfortable to live in - both have too much history with the area - but half-elves see Liangxin as an opportunity to start over from the beginning.   Having learnt from the fall of Meihua, wealth is no longer what divides Liangxin. Instead, the city runs on ability. Craftsmen are praised greatly for what they provide their country, whilst wielders of magic are distrusted for the greed they may inspire. Traders are commonfolk, and those that are rich are seen as untrustworthy. Agriculture and production are both seen as worthwhile fields, if boring, and politicians are seen as an annoying necessity. Most of the population works in either production/agriculture or in some form of craft (such as blacksmithing, construction, or woodwork).   Creative fields are much harder to succeed in due to the tough opinions of the Yulanese; this does not discourage bards from plying their crafts, or artists from creating beautiful works from the city's many inspirations.

Strictly controlled by the military and state.

The city is chock-full of factories, shipyards, construction projects and strange architecture - after the fall of Meihua, the architects and builders of Liangxin used the support of their new government to grow their city in an entirely unique manner.

Liangxin was established midway through the 2000s - around 2680, according to the records of the Kingdom of the Galasthin Elves - when a young man named Wan Liangzhen found the perfect spot for what would become his home. After building it and starting a farm, he and his friends began to construct a small village in the area, finding sustenance through the arable soil and nearby river. The hills in the area proved to be strong natural defences, and over time, more people joined the commune.   At the turn of the millennia, a horrendous drought swept through the Empire of Meihua. Liangxin was one of the areas less affected by the troubles due to the clever stockpiling of resources by its townspeople, a small group of druids following the teachings of Daikitsu, and the natural resources at its disposal. Due to this, the starving people of Meihua flocked to the gates of Liangxin in hopes of salvation. The city's population swelled, and the then-leader claimed Daikitsu as the city's patron goddess in honour of their success.   Sadly, happiness would evade them longer. Whilst they avoided the worst of the drought, the booming city was unprepared for the plague that would follow in its steps less than half a century later. Over half of the city's population was claimed by the first wave of the Wolf's Bite - a brutal disease that would eat away at the flesh of the sick whilst simultaneously driving them into a frenzied rage, rumoured to have been spread by the evil god Fumeiyoshi in anger.   The plague would recur multiple times throughout history, each time leaving a trail of blood through the city's pages. It was only after the fall of Meihua that an alchemist of Qi Zhong would finally figure out a way to prevent it - and even then, it was not a cure. Even today, this cure is given to any wanting to travel through Yulan Sheng.   After the establishment of Yulan Sheng as a country, Liangxin began to expand massively, due to the amount of support given to it. It soon became home to the Heavenly Council, whereupon the leaders of Yulan Sheng would make decisions in the eyes of their citizens - on solid ground and without corruption, supposedly, in opposition to what Meihua had done.   Nowadays, it has become more controlled than was ever traditional, due to the new leadership of Yulan Sheng. Zhang Heng, current leader, has insisted the country take a more ordered approach, and has the military branches of the Shouwei enforcing the country's new laws - particularly those criticising his rule or supporting subversive measures - with impunity.

Hundreds of buildings constructed out of a mix of wood, clay, and stone, painted in bright colours, and typically with either flat or pagoda-style roofs. The city feels very close-together and chaotic; almost mazelike in nature. Plantlife is also everywhere, with bamboo, plum blossoms (despite their symbolism towards Meihua), orchids and other bright flowers scattered through small gardens of pebbles and grasses across the city. 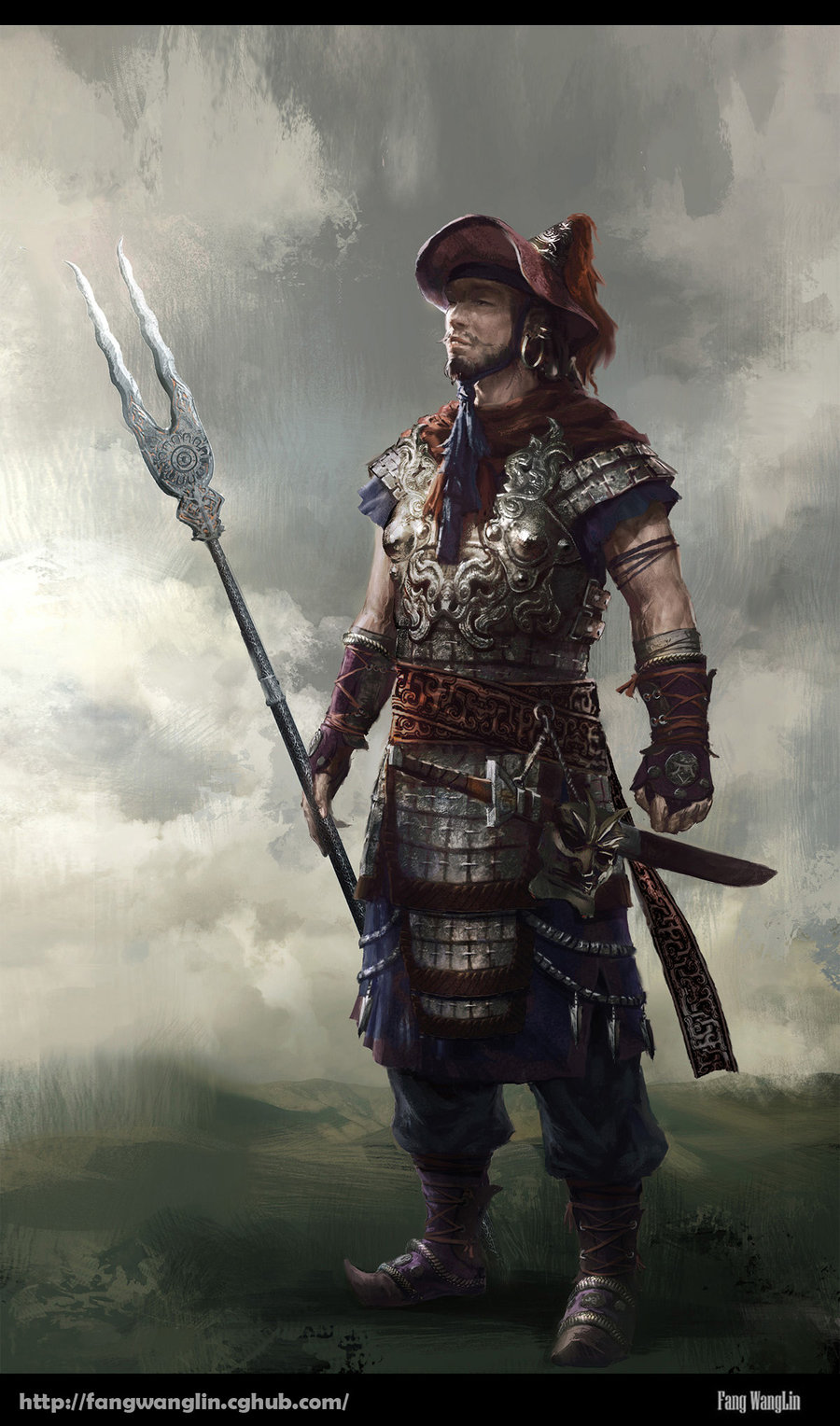 This world uses trademarks and/or copyrights owned by Paizo Inc., which are used under Paizo's Community Use Policy. We are expressly prohibited from charging you to use or access this content. This world is not published, endorsed, or specifically approved by Paizo Inc. For more information about Paizo's Community Use Policy, please visit paizo.com/communityuse. For more information about Paizo Inc. and Paizo products, please visit paizo.com.
Cover image: Last Check Point by Yuriy Svalov

Interesting place with a detailed city. The cover image is very thematic, but a bit too large. On my screen, I can only see it after scrolling down a bit.

Is it a military junta or more like a shogun situation?

Very smart article, great worldbuilding for why the city may behave differently from one of our!