Do Not Go Into The Forest Alone

Do not go into the forest alone,
The trees care not for your screaming cries.
Twisting earth and rasping groans,
Hidden from sunlight, your faint hope dies.

The children listen, enraptured, captivated, but disbelieving, excited, and torn. Their mother knows they won't listen, but who would she be to ignore the danger? So they are warned, and they nod, pretending that they care, and she sighs in relief - a sigh later to be of despair. She ushers them inside, to the warmth of their beds, to blankets and teddy-bears and loving kisses of good night. They grin, giggling to themselves, and pretend to be quiet as she exits the room, both listening carefully to the tap-tap-tap of her footsteps on the wooden floorboards of their home.   As the house falls quiet, they spring to life, darting out of bed and into their clothes. The girl dons her favourite red jacket; the boy his warmest blue. The empty kitchen, lifeless but for the soft warmth of a dying fire, is soon bereft of bread as the two pack a basket for their moonlit picnic. The boy, ever the brave one, slips into the living room and takes up his father's knife; the girl, using her head, instead chooses an old canteen.   The scene is set, the actors ready. They link hands, their basket firmly held, and ever-so-quietly step through the doors. The night is cold, but they are warm with the fire of adventure as they walk closer to the forest's border. The boy shivers, but the girl is already leading him through, a flickering blue light having already drawn her attention. It wanders ahead, twisting through trees and across bushes, and the two children dance to its silent rhythm.   Neither think to check for the path until the light flickers out, abandoning them to the cool shadows of unwelcoming trees. Maybe they should have listened, the boy says in fear. The girl scoffs. Pathetic. Besides, they're already here. Bravely, they continue, now searching for the trail.   A snap, a crack! A sudden sound - it rings out past trees as still as statues, filling the darkness with its resounding presence. The boy shrieks, stumbling back, slipping and falling into scratching thorns and grasping vines as he tumbles down a hill until--   Until there is no more room to fall, and so he stops. Red peers out from uncovered gaps in flesh as the boy lies still, lungs gulping in the icy air. He lies, and he waits, and he waits an age: but the girl does not come. He is alone, and he is scared. He stands up, breaths coming in jittery whispers that hang stark like smoke against the icy night, and looks.   For in the night, the senses grow stronger. The slightest noise stands out in the backdrop of emptiness, and... he swears he hears singing.
The boy, knife in hand, walks towards the singing. It's warm, he realises. Warm, and sweet, and full of love - music to which his heart pulses, music to which his breath calms. He steps into its light, into the embrace of the singers, and warmth fills his heart and She is looking to him and--   The girl has never felt so alone. The boy had fallen, and she had cried out; had tried to search the undergrowth, but had found naught but the terrifying absence of life. She stood alone in the forest, quiet, listening for any sign of the boy. None would come.   She couldn't stay still forever. She'd waited long enough. So the girl walked beneath the oppressive trees, silent and wishing more than anything that the boy was there. That they'd listened to their mother. That she was at home, nestled in the comforting embrace of her bed. She walked an age, cool tears slipping down her face despite her bravado. For in the end, she was just a child.   And a child, alone in the woods at the darkest hours of night, makes perfect temptation for those less kind. A footfall behind her, heavy and daunting, was enough to spur her action. She screamed, and ran - in which direction? She didn't know, but she had to flee. Suddenly, the forest seemed painfully alive - the trees whispering, bugs chirping, and the heavy footfalls ever growing closer. A vine lashed out at her as she ran, twisting itself around her ankle, and she fell to its touch, collapsing onto the mud as her pursuer came ever closer.   She closed her eyes, and screamed again; screamed until too-many-limbs touched her face and a distorted grin with too-many-teeth bore down upon her and... a blast of white-hot energy singed her hair as strong arms, gentle arms, wrapped around her and raised her onto horseback.   To the gentle strumms of a harp, she would fall asleep. And to the anguished embrace of her mother, she would awake. Injured, but alive. For the creatures of the forest are not all of the darkness; but even those who would aid a lost child must claim their price. Ever after, the girl would be distant. Lonely. As if something were missing; as if something had remained behind.   She would return to the forest one day, alone. This time, as the trees reached out, she would not scream. For here, she was not alone, and for her, they had waited. No debt may go unpaid, and with eternity, she would pay it.

The myth is a cautionary tale regarding the creatures that lurk within forests. It follows the adventures of a brother and sister sneaking into the nearby woods at night, against the orders of their mother. The boy trips and is captured by an illusion-wielding fey, likely one that seeks to enslave or consume children, and is thereafter not mentioned again - and can be presumed dead. The girl nearly meets a grisly end at the hands of a more openly malicious fey entity, likely one using Control Plants to make her trip, but is rescued. However, the fey do not rescue others out of the goodness of their hearts, and a piece of her soul forever remains in the forest. When she is aged, she returns and joins her saviour as a forest entity, having spent the time she'd borrowed.   The tale largely indicates the importance of trusting parents, but touches on the tricky nature of fey. Its disarming tone is enough to discourage most children from attempting this feat, particularly as the story has no true happy ending.

Whilst no evidence of the particular family mentioned exists, the tactics used by the malevolent entities are quite common among fey. Many fey enjoy bringing children into the First World and twisting them into fey creatures or using them as entertainment or food; the boy was simply tricked by their music and fell for the mixture of illusion and enchantment.   The girl, meanwhile, fell victim to a Will O' Wisp at first, before being trapped by the use of a Control Plants spell. Whilst it is unknown what the creature attacking her was, different cultures do replace it with their own regional horrors - some elven variants even replace the fey aspect with a twisted drider. She is then rescued by another fey entity, who claims a shard of her soul as payment - likely being a servitor of the fey Eldest to claim that power. Her return likely brings her into the First World and allows her to become fey herself, following the steps of the Feysworn. Other variants of the myth instead have her marry her fey rescuer or send her own child into the woods as payment, representing the other forms of satisfaction a fey creature may demand.

It's generally accepted that the myth began in central Valathe, where thick forest covered much of the land and fey attacks were not uncommon. It has since become widespread across both Valathe and the north of Xin Jiyu, with the occasional emigrant to Takawaoku altering it for the dense rainforests in the south. It remains a mostly human myth in nature, though elves like to place their own spin on it, and many gnomes use its messages to tease young humans. 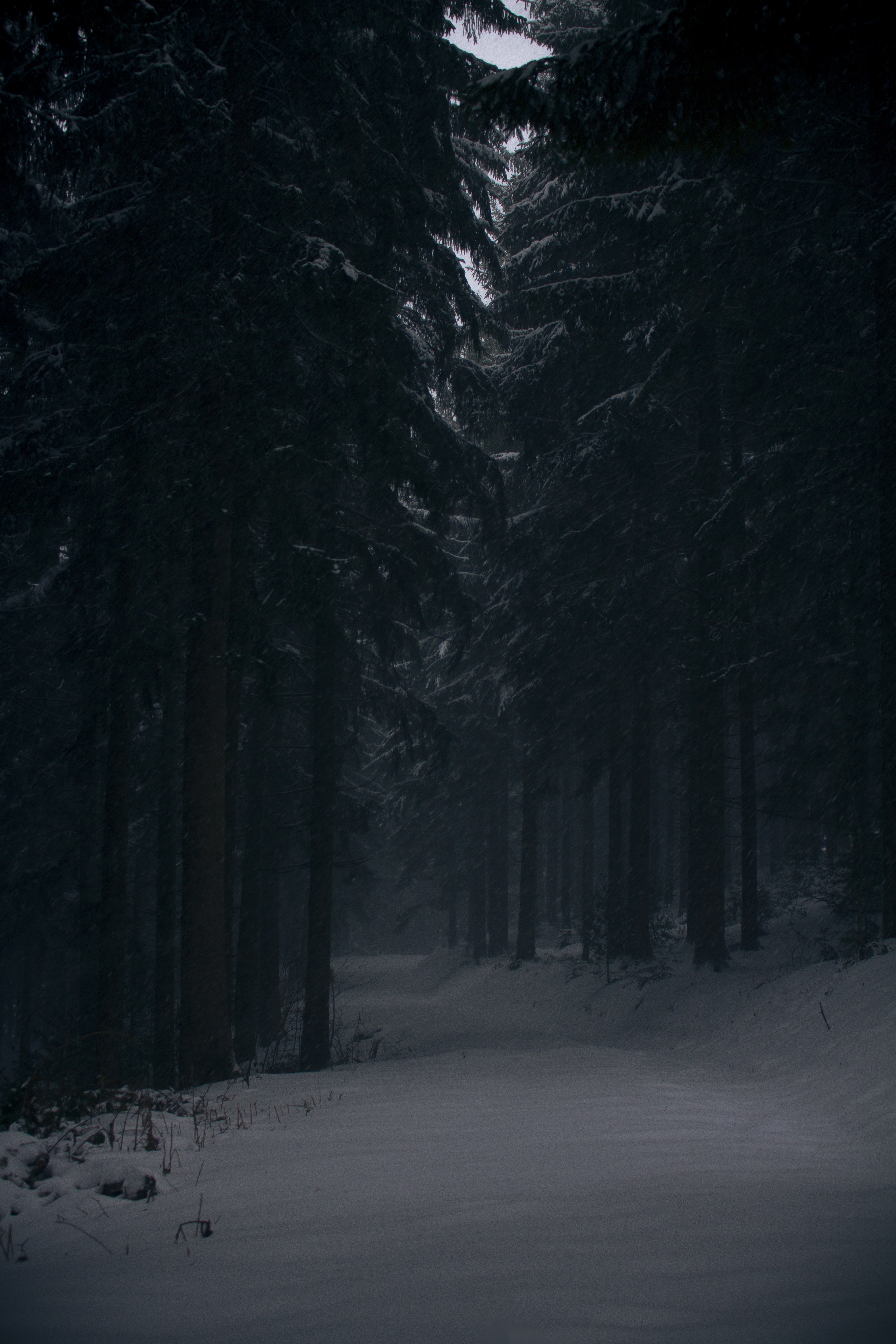 Wondrous story Hanhula ! Even with that simple basis (Forest, Cold, Screams, Caution, Cold.. Well, I like to resume with some words articles to define myself the aim of an article), you really did a richly done story !

I really enjoyed this story, especially since it told the story from two perspectives so well. It didn't have too much fat in it and gave just enough detail to make it feel vibrant. Well done!