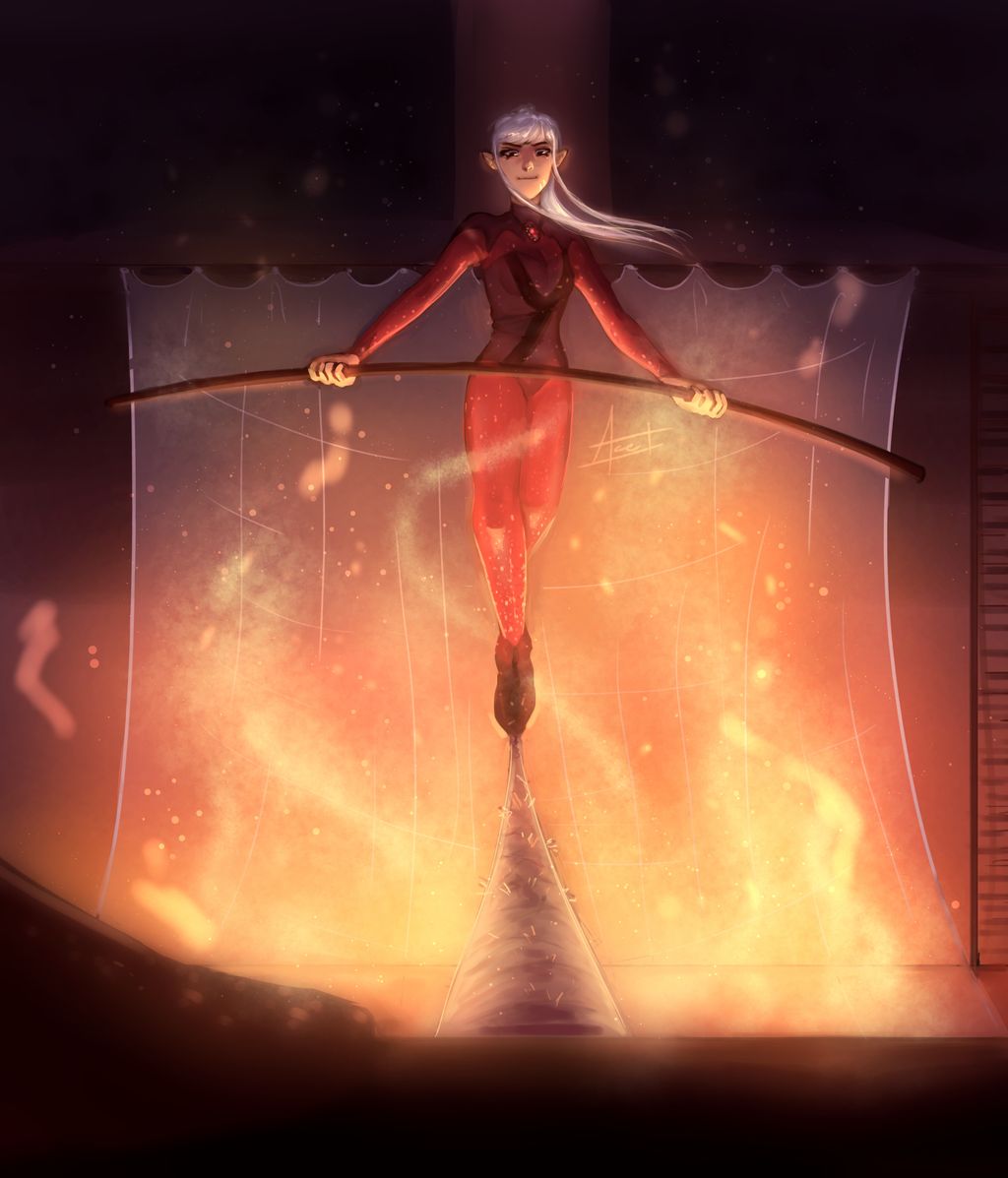 The Fors Elande is an independently owned ship that travels from port to port hosting carnival rides, magic shows, exotic animals, and other delightful wonders. The ship circles around to different ports about every 18 months. It's arrival is usually announced by fliers and messengers that arrive at port towns about a week before they are scheduled to arrive. (Although sometimes inclement weather means that they arrive significantly before, or, on rare occasions even after the ship leaves town.)

Most members of the Fors Elande are connected to The Undercurrent, a covert network focused on freeing slaves from the Sea Prince Kingdom and bringing them to freedom. Captain Andreas Auditore is aware of these activities, but remains uninvolved in most operations to maintain plausible deniability.

Most of the operations are organized by the first mate, Quil Rylion and one of the illusionist mages. Contacts within the city confirm plans with a server at the Gilly Scarp. Once the escapee makes it onto the ship they are smuggled in through the mirror maze and down into the hidden room below deck.

Once a modest merchant ship, the Forse Elande uses bright gaudy colors to separate itself from the other sailing vessels. The first floor has several large attractions including a spacious restaurant with elemental statues of bizarre ocean animals and a large arena. The arena shows include animal taming, acrobatics, strongmen competition, elemental bending, and an illusionist show usually last 1 hour with the next show starting 30 minutes later.

The forecastle of second level includes other family-friendly activities like the illusionist's mirror maze, fortune-telling, and a sea horse carousel; the starboard side of the ship has three different sweet shops, a gift shop, and a few arcade games. Most administrative offices, including the bridge, are located at the sterncastle. The lower levels of the deck contains cramped sleeping quarters, a cargo hold, and a small chapel for the religious crew members. There is a hidden room behind the chapel where Quil Rylion hides escaping slaves seeking freedom.

This large ship does not have many traditional defenses, and relies on its swift speed, often augmented through its magic users, and a smooth talking captain to handle most confrontations. Any pirate that drops by for an unexpected visit quickly learns that the fireworks and owlbears are not just for entertainment. Anything that needs a more gentle approach is handled discretely by either Quil or an illusionist. Aware of its clandestine undercurrent operations, the Fors Elande crew works hard to maintain a clean reputation and avoid unwanted attention.

Most of the people in Saltmarsh are excited to see the Fors Elande dock. It's one of the smaller port towns that the circus stops at, but it is also the only town for several days travel in both directions. A few weeks before the expected circus arrival, many of the local businesses offer odd jobs to children in the town as a way to help them save coppers for the entry fee. Captain Andreas Auditore is always invited to dine with the Saltmarsh Town Council at Gellan Primewater's house before opening night. Quil always declines, claiming responsibilities on the ship. In reality, he spends his time in town catching up with other Undercurrent members Ingo the Drover or Keledek the Unspoken.
Vehicle Wooden Sailing Ship
Purpose Circus/Underwater Currant
Captain Andreas Auditore
First Mate Quil Rylion

Motto
Free Your Spirit - Free Yourself

Navigation As a sailing vessel, The Fors Elande navigates through the wind and sea currents. Due to the large number of magic users in the crew, the ship does have navigational advantages. Lulls in wind or water streams are easily negated. Large storms are unable to be tamed and still cause delays. Ideally, two druids are on at all times, but especially when transporting juwele.
Circus Highlights Restaurants 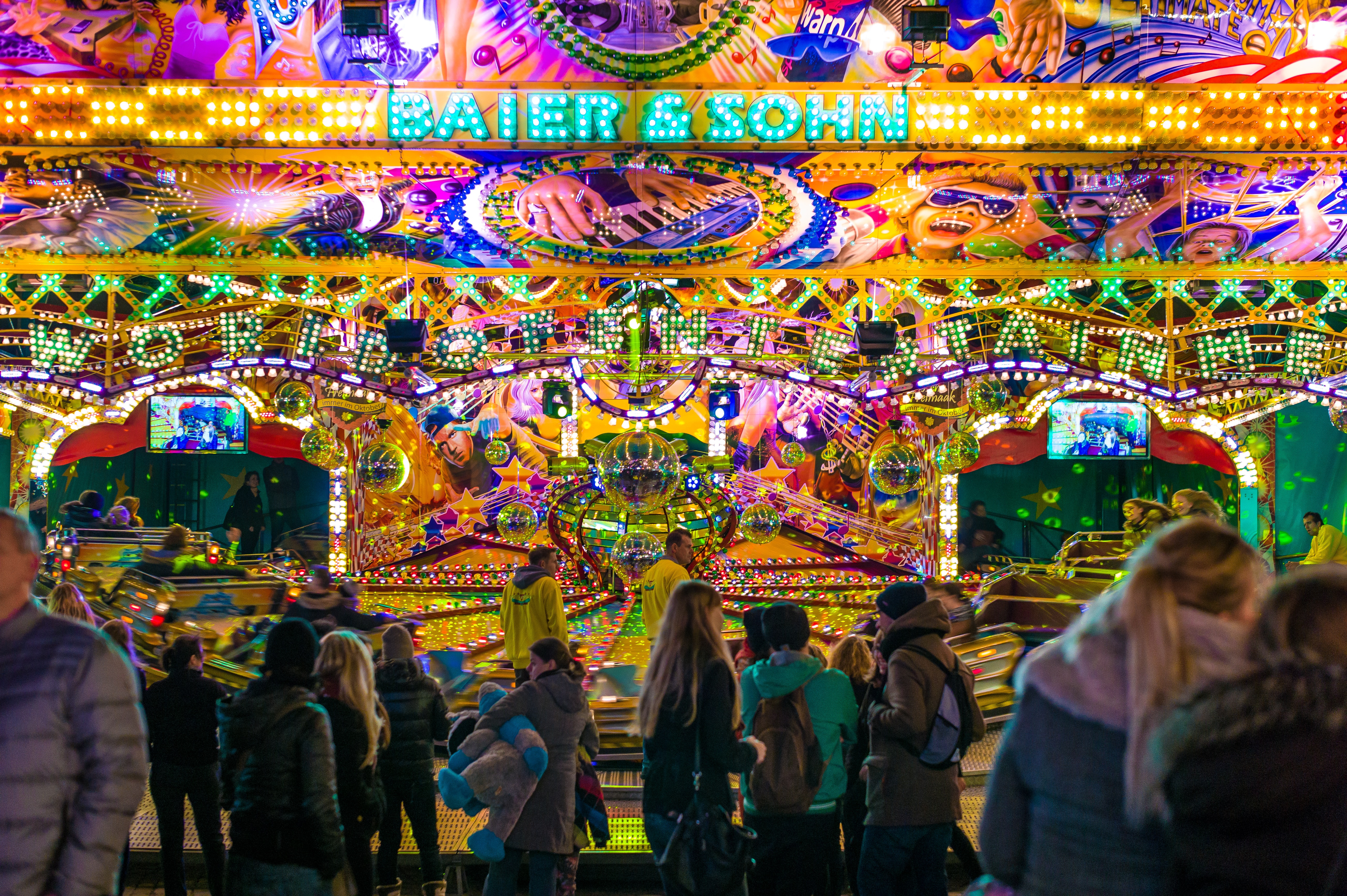 by Alexander Dummer
Entrance to the Hall of Mirrors 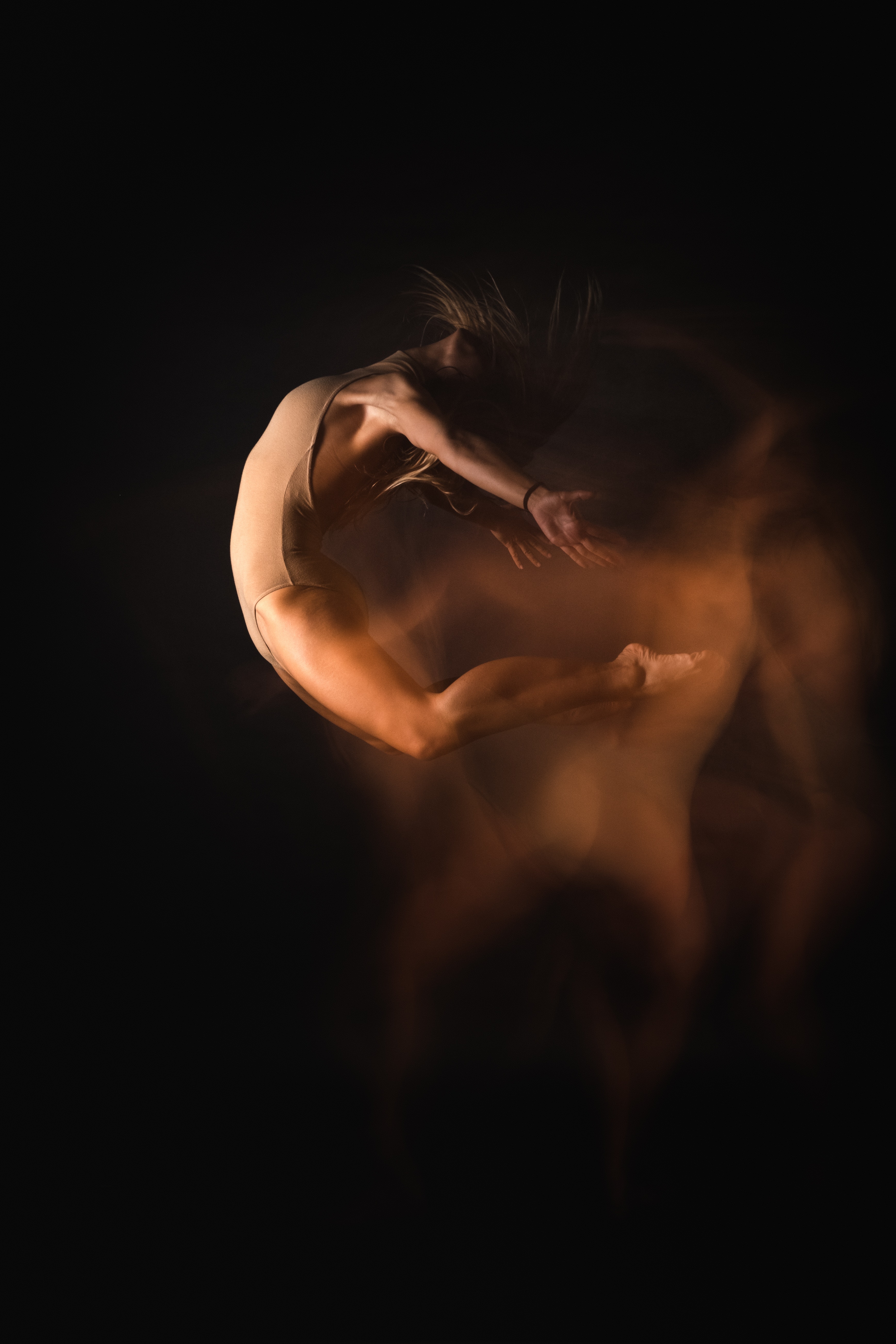 by Jo Kassis
Arielist's fireshadows during an above-deck evening rehearsal

This is an amazing idea, I love the thought of a carnival ship! (Also, yay for the first mate!)

I love it! This is a fantastic idea for a vehicle that brings joy -- I'd certainly be lining up on the shores/dock to see the Fors Elande arriving!   Also I have to say I love that final paragraph. "The ship does not have many defenses, and relies on its swift speed, magic users, and smooth talking captain to handle most confrontations." is such a good line, every good carnival boat needs a smooth talking captain :D

It's been a while since I've done one of these, but since you asked for in-depth feedback.. Here we go! Hopefully, I'm not too rusty! :)

I really like the premise - a circus ship full of colorful characters that travel around to spread joy and wonder... With a secret! One that I really enjoyed, too. It gives the place some more depth, and plenty of contact points for a variety of conflicts, and as we know - that's where the story happens!   We're on a bit of a crunch here with Summer Camp going on, but I think there's a lot of detail here that you could expand on.   On the top of my head:     It'd be interesting to perhaps fill out the sidepanel with more details about particularly famous treats, sweets or attractions. The ones you have are amazing, with the half-orc being my personal favorite, but what about food, drink, or particular tricks? :)   Additionally, any particularly noteworthy members of the crew (like the world-famous Lobster Boy in real life) and what they're like?   What do they do if they take on a new crewmember, and they're not really onboard with the whole Undercurrent thing?   Do they have any enemies? Are there anyone who's starting to catch on and/or snooping around?

There's a few things you could do with formatting to make the article a little easier and/or more pleasant to read, like dividing up some of the longer paragraphs.   The first quote you have is very good, and it would help to both add life and character to the place and split big chunks of text up with a few more. :)   In particular, the Layout Header is a big chunk of text that could be served by getting split up, maybe down the middle. Adding quotes at the top (or middle) of paragraphs is a good way to give the reading eye a break, as are images. You could also consider splitting the Layout section in three - with a column in the middle (image/text), and text above and below.   Just some thoughts! Same could be apply to the other parts, if so desired :)

The Fors Elande is an independently owned ship

You could probably cut "sea" from this, both to advice reptition and also because it's implied. If it is an ocean-faring vessel, it's safe to assume they'll visit ocean ports.

other forms of entertainment

Same as with "independently owned", you might want to think about maybe punching this up for something like "and other wonders" - shorter, punchier. Maybe. :D

The ship circles around to different ports about every 18 months.

This sentence feels a little short and a little like it's repeating what's in the opening line. I'd think about maybe expanding it and tying it together with the next sentence (with a bit of a rewrite) to make it flow more.

(Although sometimes inclement weather means that they arrive significantly before, or, on rare occasions even after the ship leaves town.)

I love this line, but I'd think about maybe rewriting it so it doesn't need the ( )'s :)

Most members of the Fors Elande are connected to The Undercurrent, a covert network focused on freeing slaves from the Sea Prince Kingdom and bringing them to freedom.

Where is freedom? Is there any particular place they tend to go to? :)

Most of the operations are organized by the first mate and one of the illusionist mages.

This would probably be a good place to split this paragraph, to give it its own space!

Based off of the blueprints for a modest merchant ship, the ship uses

I'd consider cutting this part down a bit to focus on the meat of the meaning. Maybe something like "Once a modest merchant ship".   You could also rewrite the part just after the comma, so you don't repeat "ship" so soon. "Once a merchant modest ship, the Fors Elande is now daubed in gaudy colors and fanciful wootsits", for example :)

You could consider making sub-header for each floor or attraction of the ship, both to split up the paragraph and give each section its own space. :)

This large ship does not have many traditional defenses

Instead of "this large ship", why not go with either the name of the ship or something like that? :)

Any pirate that drops by for an unexpected visit quickly learns that the fireworks and owlbears are not just for entertainment.

I love this part - I can just imagine pirates boarding the ship and someone being like, "RELEASE THE ZOO!"

Anything that needs a more gentle approach is handled discretely by either the first mate or an illusionist.

Doesn't this slightly contradict the smooth-talking captain line? Do you mean trickery rather than diplomacy here?

This part feels a bit misplaced under Defense, though I can see the reasoning. It's worth pondering if it wouldn't be better under one of the other headers. :)     All in all, it's a great article that I very much enjoyed reading. <3 Great stuff!