The Soul is the means by which Sophont may cast spells. It an identifiable and quantifiable energy signature which began with the Verin, was birthed into the Sazashi, and which some Sazashi brought to humanity when Aempis occupied earth.

It allows use of the Meta so that Sophont may cast spells. According to most faithful it is also a link to the afterlife. To have your meta damaged or removed, no matter how temporary, is to risk losing access to the afterlife.

The Soul anchors the meta to our bodies and bridges our minds to the afterlife. 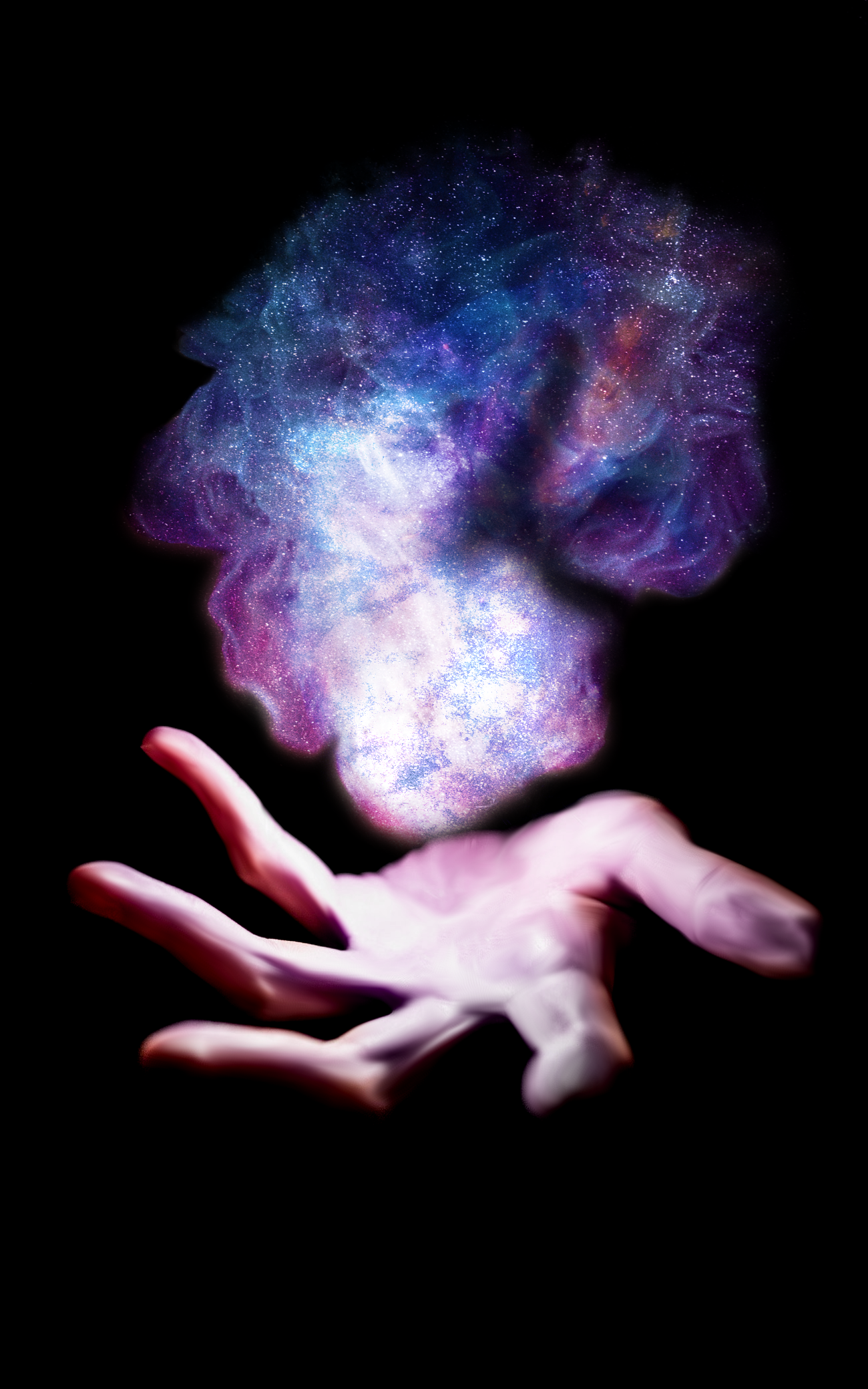 The Meta by Ademal
Your soul anchors you to the meta, allowing you too cast spells.

Some Sophont have stumbled onto how to use their Soul as a permanent memory storage so that even if their body is destroyed, their soul can carry all their thoughts and memories into a new vessel. This is a part of Kyzanry.

A soul develops when an observing, soul-bearing entity spends time in close proximity of a soulless entity who possesses higher reasoning and willpower, and a has a sense of identity. The amount of time it takes depends on the duration and intensity of these capabilities of the observer's emotions.

Most entities develop a soul early into puberty—around 9-11 years for most. Some develop it sooner or later depending on life circumstances, such as hardship or fortune, and there are rare cases where developmental issues have hindered or hurried the development of a soul as well.

Being exposed to a Null Void for a great duration or being the target of Meta Immolation can temporarily dispel the soul. This has no major effect on the Sophont, but will usually leave them slightly despondent. Re-entering a region with Meta and interacting with another being with a Soul will quickly kickstart whatever process causes the Soul to regenerate, and they will be fine in no time.

This condition is known as Hollow Heart or Null Sickness.

Before the advent of Verin and Sazashi introducing Humanity to Ethnis, there was no meta nor Souls on Earth. Souls were spread to Humanity on first contact, and quickly spread throughout the nearby population before the lack of ambient meta caused to fade out. This is a process which would repeat many times until, at last, Monoliths and Divinoriums brought enough Meta to earth for Aura's to maintain their structure long term.

It is painful to think that Eden went so long without Souls, and humbling and inspiring to see how much they accomplished without meta and Monoliths and while suffering a lifelong malaise of Null-Sickness.

The development of a soul is the metric by which Sophonce was first marked and later defined.

In societies, the lack of soul in youth marks them as non-people. Their rights are then limited to animal right or variations thereof. The most infamous example of this is with the Malisyk, who would encourage children to earn their place in culture and prestige by eliminating their rivals.

Auras are a major infrastructure concern within cities, settlements, colonies, and any other congregation of people universally. Bad auras self-propagate, causing economic downturn and increase in crime rates. These are easily maintained by Auric Scrubbers unless they are left unchecked to the point of creating a Shade.

It is not unheard of for organizations to attempt to manipulate society with an excess of either, but this is typically highly illegal.