Ever thought about using living trees like a road? Well, have I got a place for you...
— Bruthazmus, Falconer ranger


The Demar Forest is wide, lush temperate rainforest that covers the southeastern region of Copan Shire, the full breadth of Topan and parts of the narrow land bridges that connect to the South Edoyan continent. This is an old growth forest, with a sea of copper-bark trees that reach 300 to 400 feet tall. Much of the forest is dense, with a multi-layered canopy. The forest floor is thick with brambles, and massive red-bark roots twisting in complex patterns that make travel difficult.

Two methods exist to travel through this shadowy region. Roads have been cut and maintained through the forest to allow wagons and other vehicles through the area. The second is more common to this type of forest; the layered canopy itself.

This layered canopy of the Dernar Forest has a rare feature of being stout enough to allow passage to travelers. All settlements of Demar have buildings on the forest floor and in the canopy above with means to move between the two.


It's an ingenious system! There’s a pully system with a robust platform powered by steam and running water moving the whole thing. Behind that, a boiler with magically enchanted 'hot stones' keeps the water to a nice boiling temperature!
— Stefanos Vel-Barboza, Seskyalii skald alchemist

Ah, you'll have to forgive him. He 'skalds out' over things like that...
— Bruthazmus, Falconer ranger


Unlike other forests, many stories suggest that the Demar is an ever changing entity all on its own. Watching and waiting for moments to capture, and absorb, abandoned farmland or extend branches of its two major rivers into new channels. 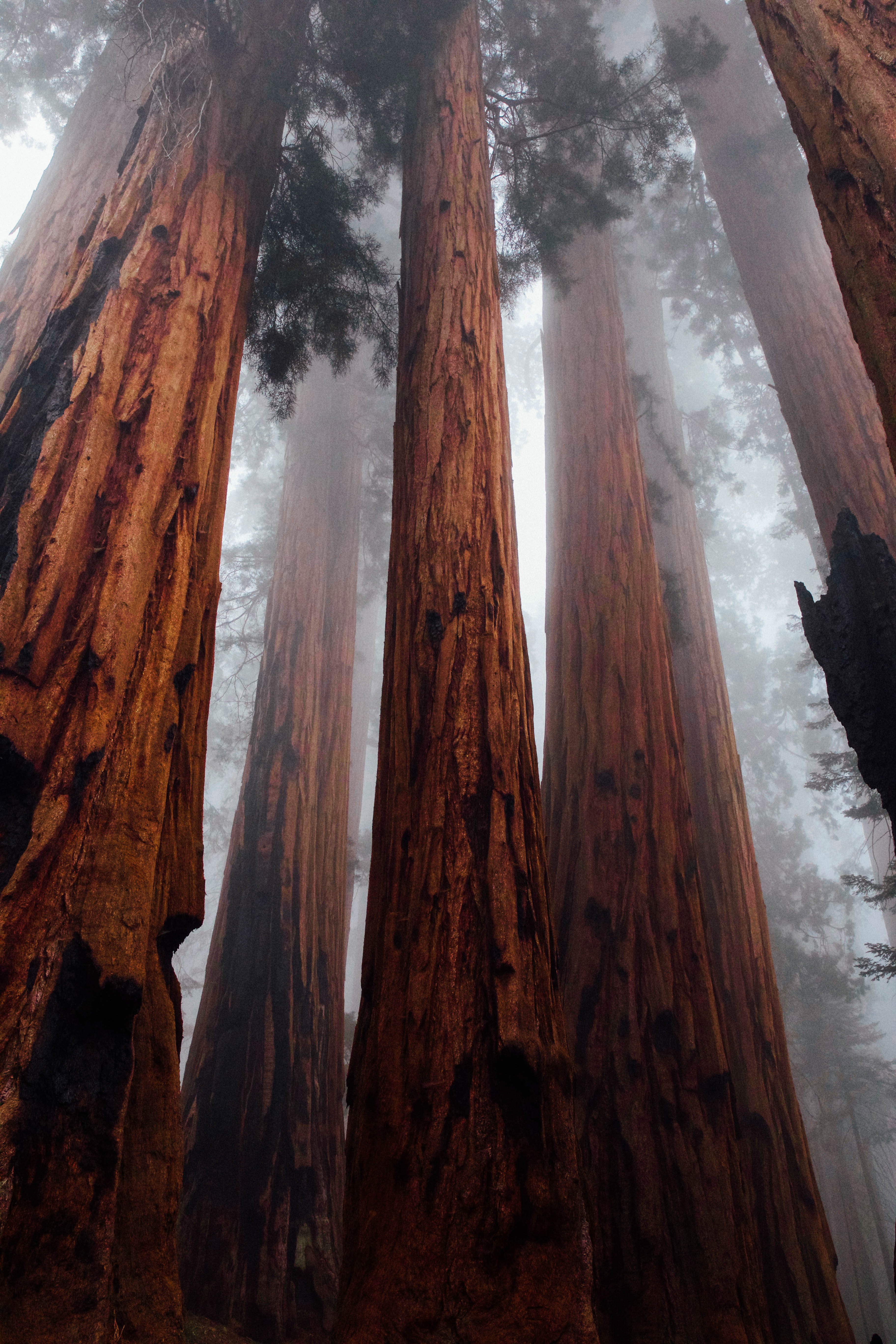 by Victoria Palacios from Unsplash
A rich collection of plants and animals call the forest home alongside the Seskyalii, Verisi, and Matelea peoples. Along the Chuzhou and Biverming rivers, kobolds of the Swiftwater Tribe fish and trade.

The forest produces many types of fruits and vegetables. Some of which are farmed by the Topan League locals. One unique species is the waternut radish. This type of root vegetable grows in fresh water, preferring the moving currents of the Chuzhou or the Biverming. So far, this is one of the few places where the vegetable grows the best.
Under these dark boughs there are wasp spiders, stirges, rock tortoises, several species of glitterwing sparrows, rendercoons and more.

One creature that is only found in an old growth forest such as the Demar is the scursal, the domesticated giant squirrel species that serves as one of the common methods of transportation in the forest.

Flying spiders with wasp-like wings, dual scorpion tails and a general irritation toward most life

A fluffy bundle of claws, tentacles, and cleverness. A threat to garbage and pantries anywhere.

A broad family of social flying creature that is considered a boon in some places, a lethal pest in others.

Shadows Beneath the Boughs


There are many dangers that call the Demar home. Predators such as trolls can be found along some portions of the Chuzhou and Biverming rivers. Ancient ruins of the fortress of Emar Dorsat and the dead city of Ferilthan are home to colonies of wasp spiders or stirges.

Then there are the Living Shadows that dwell in the heart of those locations. Specifically, near Ferilthan's Necropolis. They are always alert to attach themselves as a Haunt to the unwary traveler.

A combined effort from the Falconer Rangers and the Topan League help maintain the roads and borders of the woods. However, many times a year travelers go missing in the Demar. Not even the local Verisi treants can find them.


The old fortress of Emar Dorsat in southern Demar? It always seems that at least a couple of starry-eyed skalds or sorcerers showing up to go delving there. Good way to lose a skald or sorcerer if you ask me...
— Bruthazmus, Falconer ranger 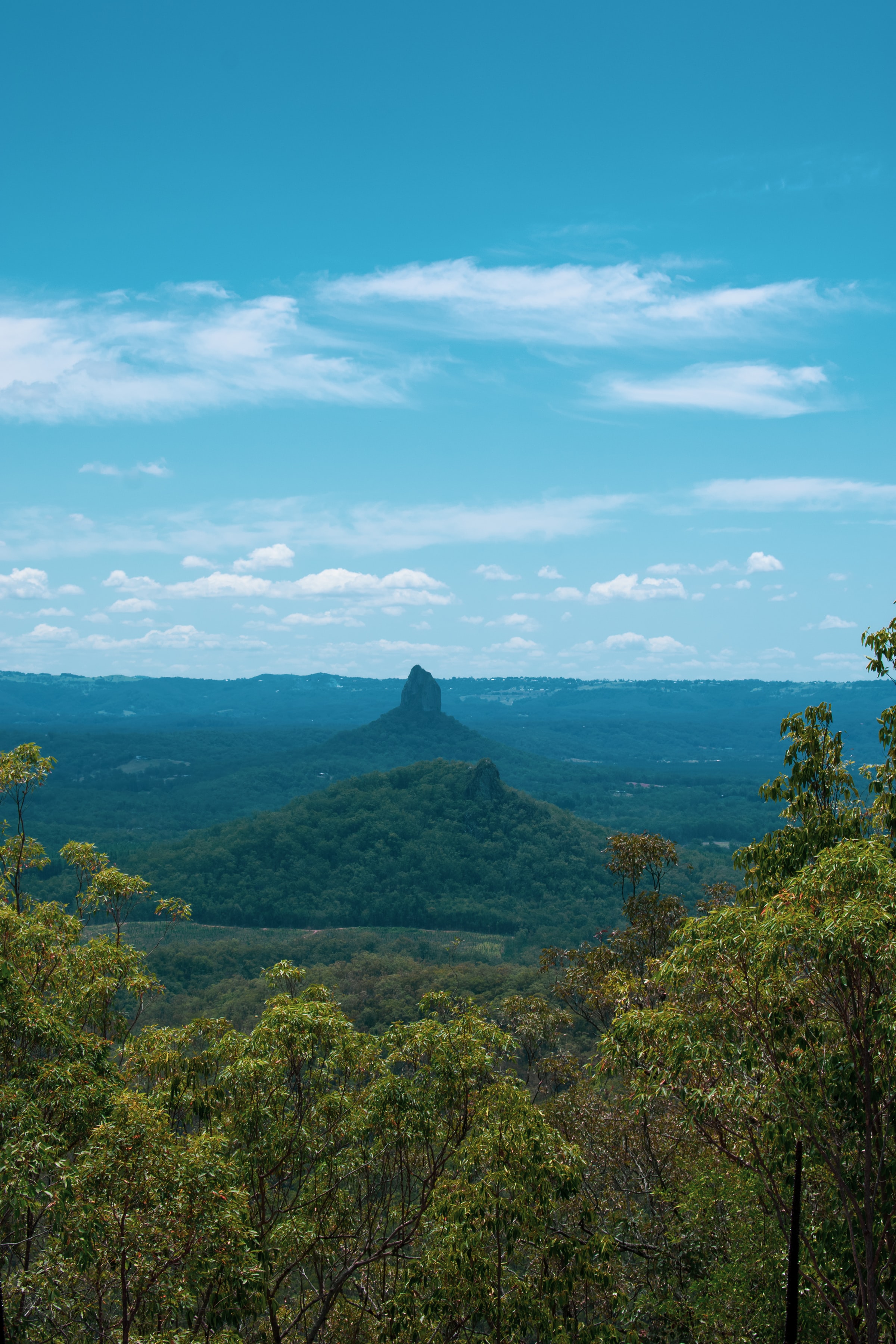 by Kon Karampleas on Unsplash

The twin rivers, Chuzhou and Biverming cut through the forest. Both provide fish, water, and a means of transportation for those that don't want to risk the roads or canopy travel. Also, both rivers have sections marked off for farming the local crops of waternut radishes. The Biverming is the larger of the two, with the Chuzhou emptying into the Biverming at the southern end of the forest. From there, the Biverming winds its way south to Bistal Bay.

Also, the rivers are home to a small gang of water mephits. These miscreants are often referred to, or lumped in with, the local reference for 'river pirates' because of the number of travelers that report being harassed by the elementals. Wizards have yet to discover why the elementals are even here, instead of in their home realm.


If you look for the Heart of the Forest, remember, the forest will take offense...
— Stefanos Vel-Barboza, Seskyalii skald alchemist

Heart of the Forest

Rumors and legends talk about the 'Heart of the Forest' in Demar. No road through Demar leads to it, no scout will take any traveler there. It is said that only the most Elder treant and High Druid know where the place is located. Neither feel like talking.

This location is said to be a torrent of raw magical power, the stories attract curious wizards and skalds every year. Every year, the number of Living Shadows seems to grow just a little more...
Topan Settlements and Locations

I envy your styling! o,o This post makes me want to send an adventurer party here.

Thank you so much! If you do sent Pathfinders roaming about in here... remember.. rent some scursal to ride on (best way to get around) ... and never go looking for the 'Heart of the Forest' ... it may go looking for them! :D

This is such a neat article! I love the variety of details and informations you provide, great article!

Thank you! For me, part of the fun was that when I got done, I looked at the list of just SO MANY MORE articles that now need to be added. This one was definitely the 'gift that kept on giving'! :D

I don't know what-exactly it is about your writing, but these places all feel so real. I love it!

Aw, thanks! That feeling is always the goal I'm reaching for when I create an article! Thank you! :D

Thank you! And I just love the idea too! Either traveling on foot, or also in the case of the Demar Forest, travel by scursal!